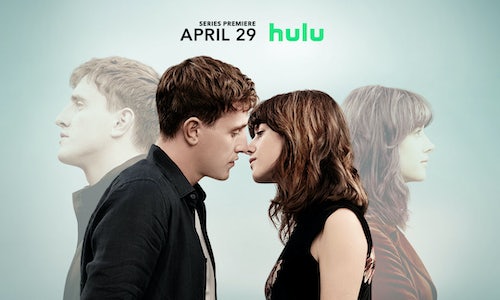 In the spring of 2020, Hulu and Social Life filmed Paul Mescal and Daisy Edgar-Jones over Zoom to capture their commentary on and reactions to scenes in Episodes 1 and 10 of Normal People. Our objective was to give our fans a look inside the on- and off-screen chemistry between our rising stars, Daisy and Paul, in a heartwarming, humorous video series, that could (and would) bring joy to our viewers during unprecedented times. We created two long-form IGTV videos that generated tons of organic social buzz and conversation from our rapidly growing fan base.

Adapted from Sally Rooney's bestseller by the same name, Normal People brought the story of Connell Waldron (Mescal) and Marianne Sheridan (Edgar-Jones) to life. U.S. audiences were captivated by Mescal and Edgar-Jones' performances in the limited series, and fans went crazy over the Hollywood newcomers and their real-life friendship.

To allow fans to get to know Paul and Daisy better, we recorded the pair over Zoom watching moments from Episode 1 and Episode 10, answering questions about the first and last moments of the series, and talking about behind-the-scene moments. We then packaged these videos for IGTV and posted them after the show's launch for fans to get an inside look into the series and Paul and Daisy's friendship.

Fans became even enamored by the show and talent upon watching the Episode 1 Commentary Video. Fans asked for more videos, commented on Daisy and Paul's chemistry IRL, and tagged friends to encourage them to watch, too. This video has garnered 195K+ views and received more than 20K organic engagements.

A few days after posting the first Episode Commentary, we posted the second and final Episode Commentary where Paul and Daisy discuss Episode 10. Like the first episode, this video performed exceptionally well for our pages, garnering more than 115K+ views and 10K organic engagements. Again, fans expressed how much they enjoyed Paul and Daisy's chemistry and commentary.

We achieved both of our goals: we gave our fans compelling social content to enjoy after the show's release and allowed fans to get to know our stars better! 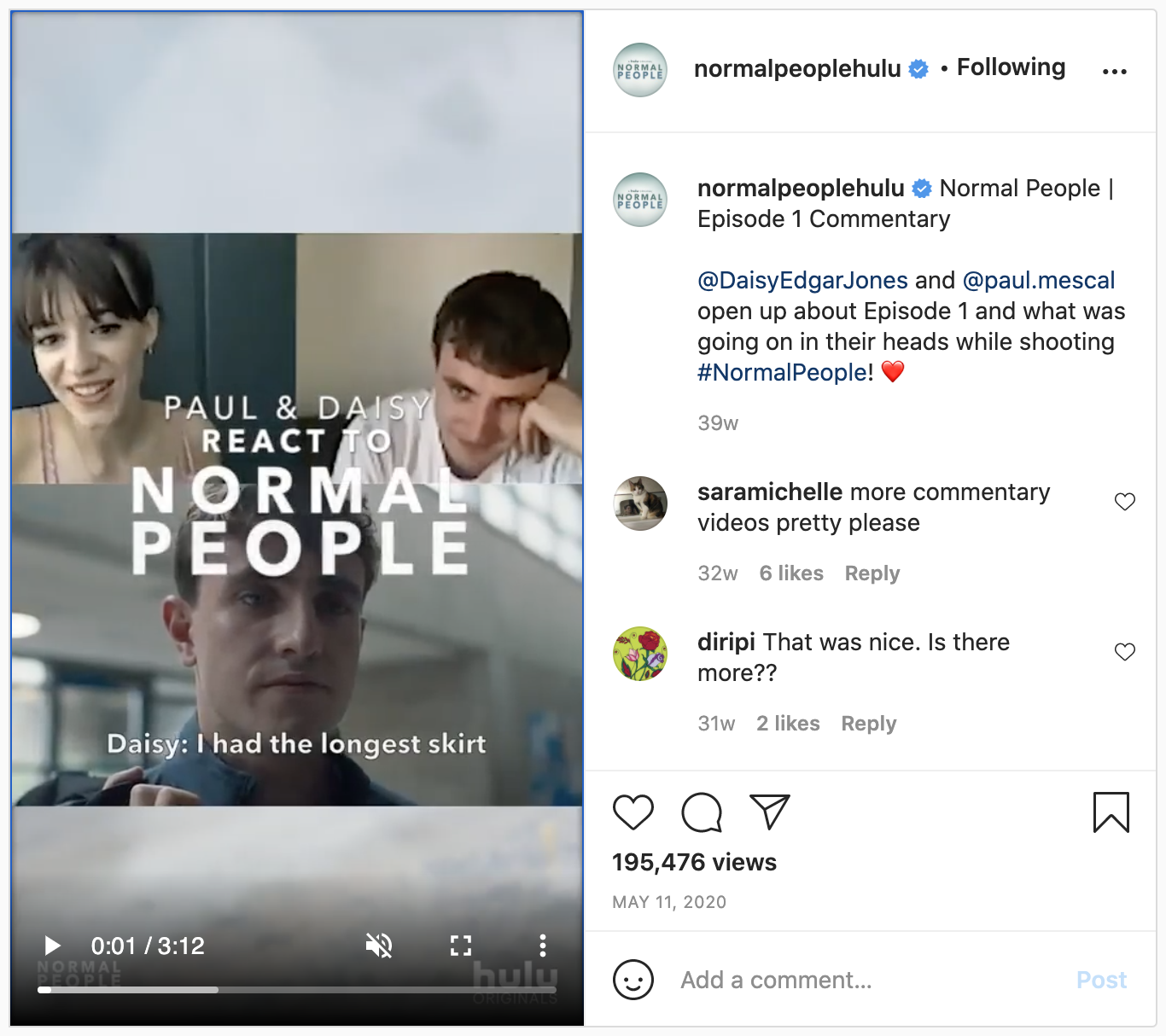 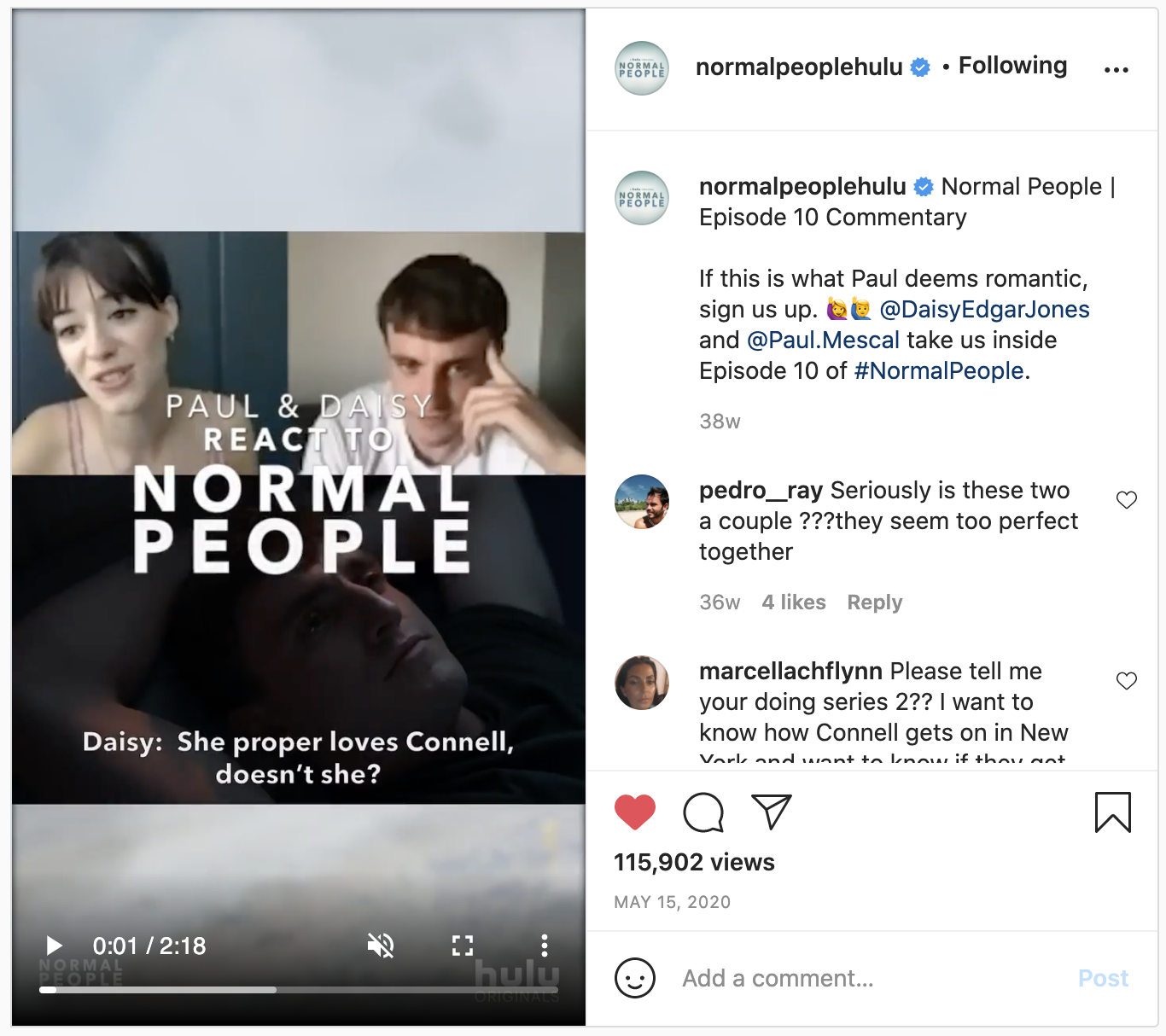 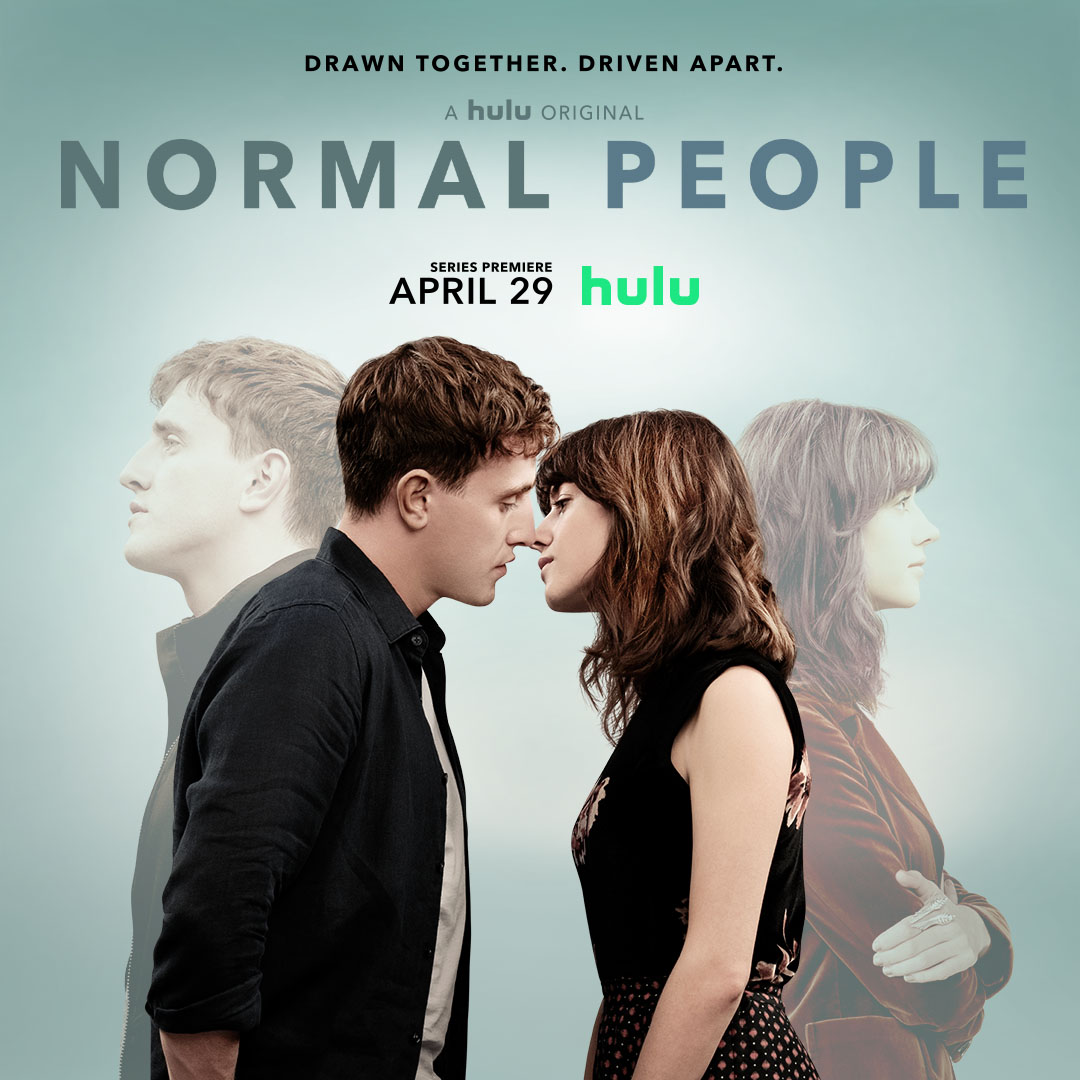