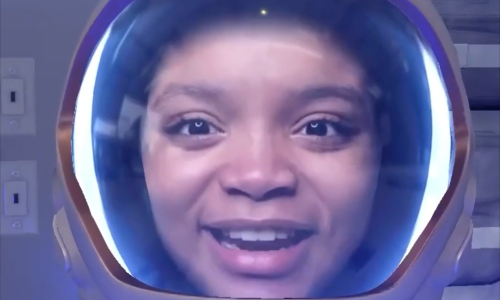 Nickelodeon’s new scripted series The Astronauts follows five kids on an epic journey through space. The main objective was to build excitement and awareness for the show premiere by giving users an innovative way to experience the world of The Astronauts on Snapchat. The top KPI for the AR lens was time spent, with the additional goal of creating a technically innovative experience that would grab the attention of users and encourage them to explore the world in detail.

To achieve the goals, we created a series of mini scenes within the Snapchat lens that linked together to tell a linear narrative story. The first scene is a traditional face lens effect, with voice over and graphics that set up the narrative and introduce the user to the premise of the show. The user is then “onboarded” to the spaceship, where the scene swaps, and they are placed inside a 3D spacesuit on the launchpad. The next transition is user-driven, with the goal of allowing free exploration of the spacesuit model, and capturing shareable photos while in it. After that, the user is prompted to swap to their rear camera, where a portal into a life-sized replica of the ship opens.

The spaceship itself is one of the most complex scenes ever created in a social AR lens, with every detail of the show’s set, down to the smallest rivets on the floor, fully recreated in 3D. We felt that by providing such a rich and detailed world, users would feel compelled to explore the various features of the ship at length.

Through this strategic and innovative effort, Nickelodeon and GLOW generated excitement around the series premiere and the world of The Astronauts with out of this world numbers. 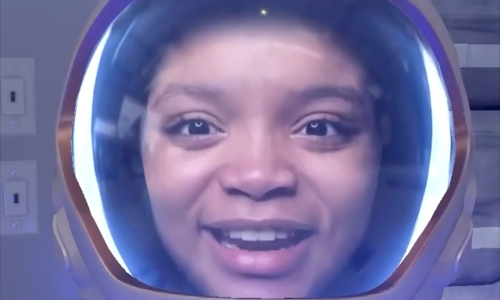