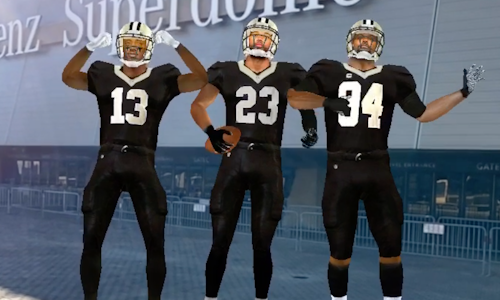 As all fanbases in 2020, New Orleans Saints fans were not given their traditional opportunities to engage with Saints players at events due to COVID restrictions like training camp practices, community events, and only a few thousand fans were allowed at games at a safe distance from the field.

To keep fans invested and reward them for their passionate support even while socially distanced, the Saints launched a brand-new second-screen campaign called "Dome at Home."

The Dome at Home campaign was a way for Saints fans to enjoy every part of gameday from the safety of their homes.

One aspect of Dome at Home was finding a way to bring the Saints players TO FANS wherever they were. Working with one of our corporate partners Community Coffee and SportsManias we created two Instagram AR Effects, with three players each.

The first launched prior to our Christmas Day game vs Vikings, with Drew Brees, Alvin Kamara, and Demario Davis.

The second launched at the start of the NFL Playoffs with Michael Thomas, Cam Jordan, and Marshon Lattimore.

The effects allowed fans the ability to shoot videos with Augmented Reality versions of their favorite Saints players!

We encouraged fans to bring their “Saints Squad” to their office or home.

We wanted to launch when fan interest would be at its highest: Christmas Day game (national game, only NFL game of the day) and the start of the postseason.

Along with our fans being given limited access to the team, so were our corporate partners. They were not able to be involved in typical in-person activations such as team practices, autograph signings, or events in the community. So we pitched this idea to Community Coffee, one of our most interactive partners who were all in on the idea and helped us promote and execute the campaign!

Getting player involvement was key. As popular as the Saints are, getting the validation by players takes it to another level. So to have Drew Brees, Cam Jordan, and Demario Davis post videos of themselves and our families using the effect increased usage rate of effect across the board with their over 2.4 million Instagram followers. Examples of how they used it are in the video link we submitted)

The company SportsManias stated: Saints AR Effects outperformed every AR Effect we’ve created for any other team, league, or sports organization from an engagement perspective with opens and captures. 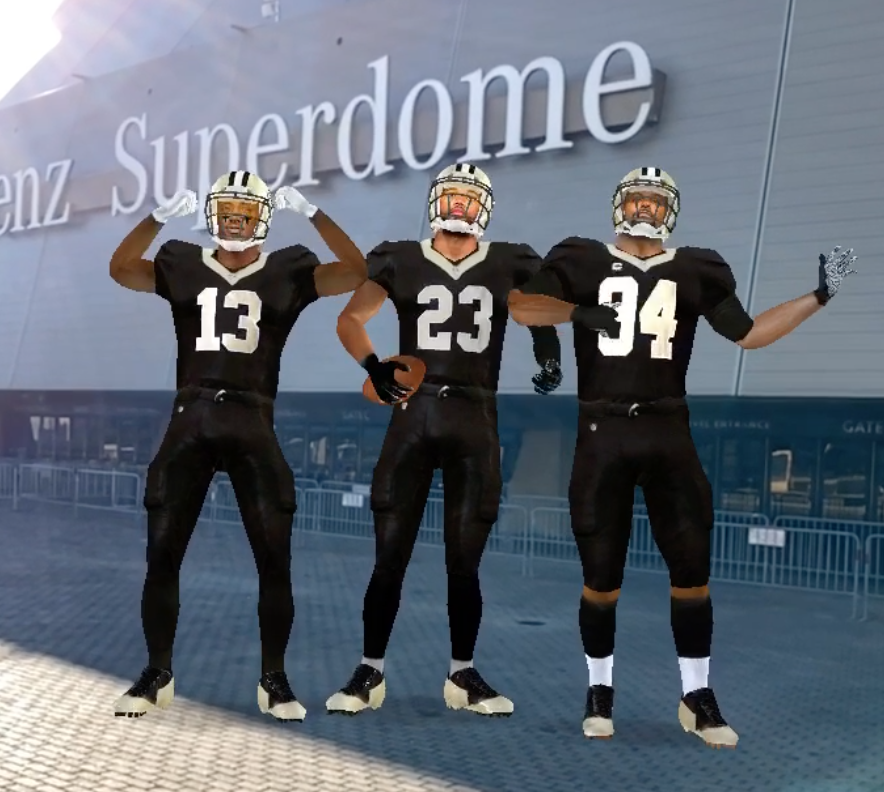