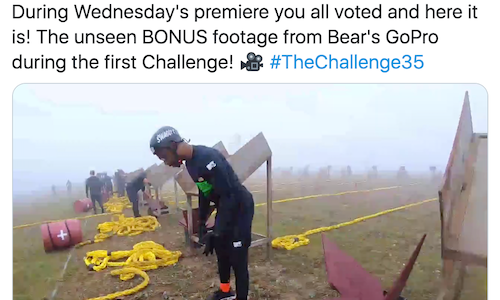 “The Challenge: Battle of The Cams” is a Twitter-first activation which acts as a companion piece to the weekly linear airing of MTV’s The Challenge. It delivers exclusive digital bonus content for our fan’s consumption that they can’t get anywhere else.

The show famously features it’s cast competing in hard-hitting, high-stakes, dramatic competition, thus rightfully earning the moniker “America’s Fifth Sport.” In all of these competitions, the cast are wearing GoPro camera’s strapped to their bodies or helmets which give the fans a first-person POV of what it’s like to be involved in the production. However, within the linear broadcast we only get snippets of this content. We thought, why stop there when so much exists on the cutting room floor?

With the presence of COVID-19 and the absence of live sports, now more than ever there is a demand in the market for competition, this franchise delivers. To give fans even more of the content they so desperately crave, we launched “The Challenge: Battle of The Cams.” Each week when fans tune in to the live 8pm airing of the show, we concurrently run a Twitter poll asking them to vote for which cast member’s GoPro camera they’d like to see bonus content from, related to that night’s episode. Then we release the unedited and uncut footage of the polls winner the next day.

Our main goal with this concept is to put the power of choice squarely in the hands of the fans and give them new, fresh content that has never before been seen. The concept of allowing fans to choose what they want to see is a great way to create, engage, and maintain community. Because it’s fan voted, it delivers more views, impressions and is also a great research tool.

By listening to our fans, we learn which cast members are more popular or resonating with the audience at a certain time, and why. We can also learn the types of content that performs better by identifying patterns in fans’ weekly choices, which help us to form better social plans moving forward.

Each week we’re delivering more bonus content that otherwise wouldn’t have been aired allows for more views on our platforms, a priority for us. The content is in nature longer, and because it’s uncut, fans attention is retained longer to see what they might have been missing in an edit in the traditional, linear broadcast, which also drives up watch time and viewer retention rates.

The results we received were tremendous, with the first week’s poll receiving 20k votes. The footage we released that week which was from the winning option’s GoPro then received nearly 40k votes. In all we’ve received over 800k impressions, 250k views, 109k engagements, and 50k votes through the first half of this campaign, and with half the season still remaining, we expect to at least double these numbers.

Overall the campaign has been a success as we have seen great return in views and engagements, given fans exactly what they wanted, and learned from them ourselves which will help shape future strategies. 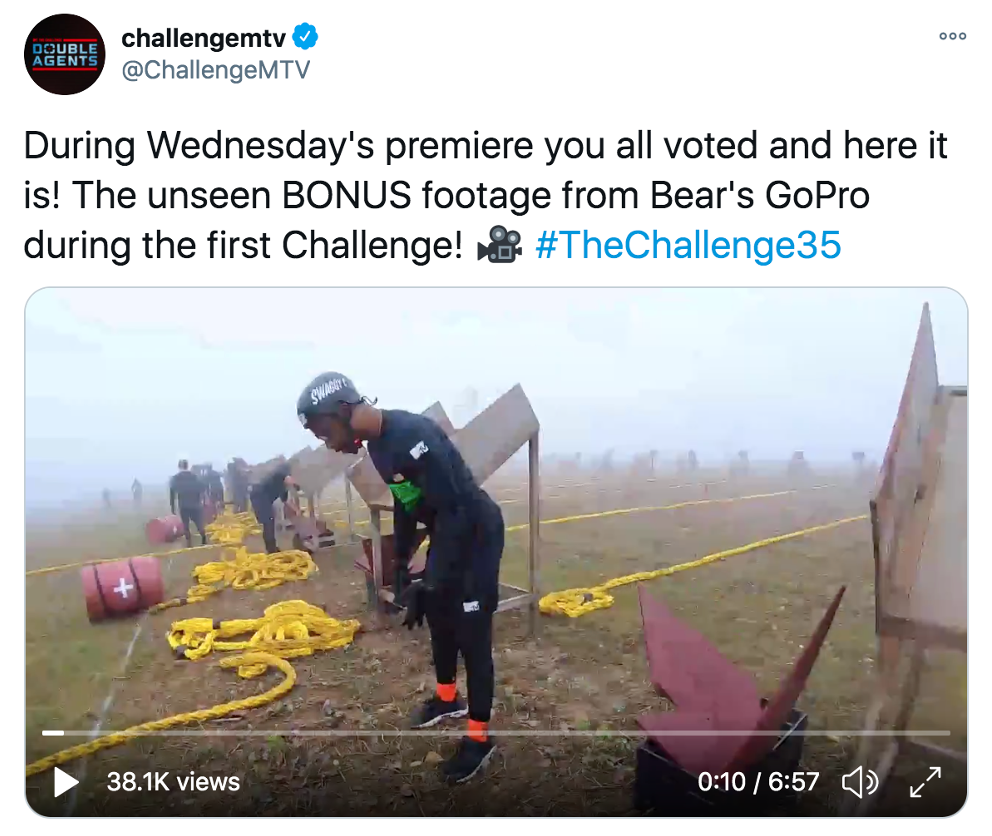