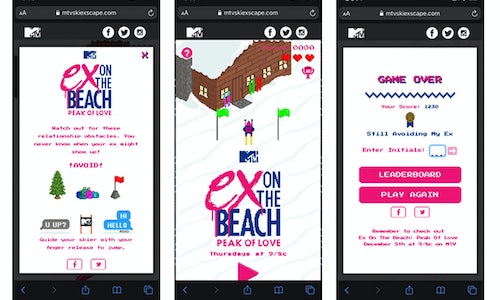 The show Ex on the Beach Is incredibly witty and cheeky in nature and we’re always striving to mimic this on social and digital. This past season, 10 singles headed to the mountains (instead of the beach) to find love, but instead were ambushed by exes from their past. Our goal is always to promote the show and drive ratings, but this time we had to figure out a clever way to introduce the new location. We had to figure out a way to put the heat and energy back into this show since its new climate challenged that, while also playing up the drama and stress of seeing an ex.

While brainstorming promotional tactics for the show, we knew we wanted to really lean into the cold climate, which aligned nicely with the cold nature of reuniting with an ex. We then started to see an overlap between relationships and the act of skiing down a mountain...facing hurdles, avoiding obstacles...from this, MTV’s Ski Exscape was born!

With the help of production company, Seven2, we decided to take culturally relevant relationship red flags and challenge the fans to avoid them themselves, all while playing up the bold nature of the show, leaning into the fact that this season moved from the beach to the slopes. Lastly, we just wanted to give the fans a fun, addicting and silly game that reminded them of the tone of this show.

While the visuals of this micro-site allow users to feel nostalgic about games they used to play, the actions needed bring out quite the opposite feelings. Upon entry to the site, users are provided with simple instructions: ski down the mountain. The trick? Avoid several relationship obstacles in the process. Do your best at avoiding red flags, baggage and the controversial “u up?” texts, and whatever you do, don’t get distracted by the read receipts! If you’re unable to avoid these obstacles, watch out because the Yeti is coming to get you! We made sure to provide ample premiere tune-in information throughout the site as well. From the site entry, all the way to the leaderboard and the pre-written copy when fans go to share the site on social media.

On launch day we blasted the link across all Ex on the Beach social, with support from MTV Brand using a recording of real gameplay as our content. When building the game, we made sure it was mobile optimized, which really paid off, as about 99% of our users are playing on mobile. Within 24 hours we had roughly more than 320k users, who all came to the site organically. To date we have 486k users, 742k sessions and our users are spending approximately 1 minute on the site. 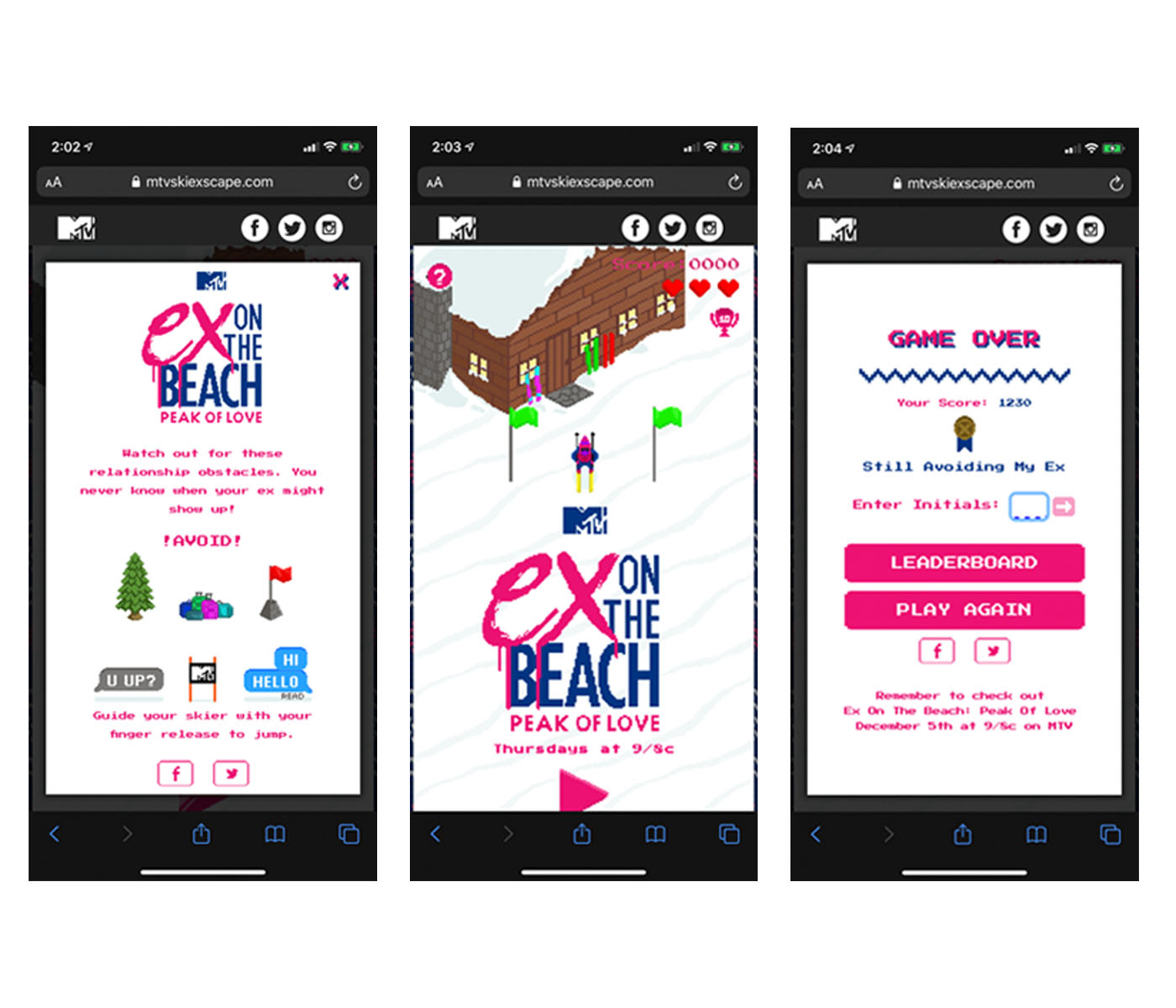