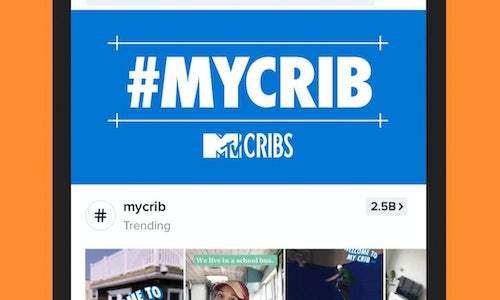 When the COVID-19 pandemic hit our country and people were spending more time than ever in their homes, we noticed a trend emerge on TikTok, where creators were giving quarantine tours of their homes, and that Cribs was starting to organically be used in social conversation. And since Cribs is practically synonymous with MTV, we knew this was a moment for our brand to own the conversation, when the world was stuck in their… well, cribs!

Our main objective was to lean into an existing behavior on TikTok (quarantine tours), but drive attribution back to the MTV Cribs brand. From the crazy homes of social influencers to tiny apartments in NYC, we wanted to share how all our fans were living through quarantine and give them a sense of connection while being apart. Additionally, we wanted to capitalize on the audience demographic of TikTok to create the largest possible reach and to spread Cribs to a newer, younger audience.

We saw this time as the perfect opportunity to lean into the existing Cribs franchise to capitalize on this moment, while giving fans something fun to do that would help take their minds off the stress of the current situation. To make the greatest impact, we partnered with TikTok to launch the official MTV #MyCrib Challenge, which encouraged fans to show off their quarantine locations in a fun, social-first way, complete with the iconic Cribs music and an official logo sticker pack, both available exclusively within TikTok. The challenge was featured on TikTok’s “trending” section, which also curated all of the videos created with this hashtag and sound for others to see, scroll through, and gain inspiration from. To amp up the activation, we partnered with influencers and MTV show talent, who took part in the challenge and shared it to their massive TikTok followings, complete with the #MyCrib hashtag. We also activated our MTV show accounts on TikTok, sharing #MyCrib tours of iconic locations -- from the original Jersey Shore house in Seaside Heights to The HIlls’ Spencer and Heidi’s Los Angeles home.

We saw an incredibly strong response to the #MyCrib challenge. TikToks featuring #MyCrib have resulted in 7.2 billion lifetime views, with over 2.3 billion of those views from the first week alone. Posts across MTV social handles driving fans to the challenge received more than 4.2M impressions, 2.3M views and 60k engagements. There have been countless videos posted, spanning from influencers’ carefully curated apartment tours to a fan who filmed their barn’s Cribs tour from the POV of their horse, to one who created a full Cribs-style tour of their island on Animal Crossing. These videos gave a window into where so many people have been spending their quarantine -- from those with envy-inducing backyards to a couple living in a converted school bus. We even saw several that warmed hearts during quarantine, including a young woman in Wyoming who posted a #MyCrib tour of the butterfly house she received from Make-A-Wish. The challenge sparked press interest as well and was covered by Adweek, in an article that included several embedded videos from the challenge. 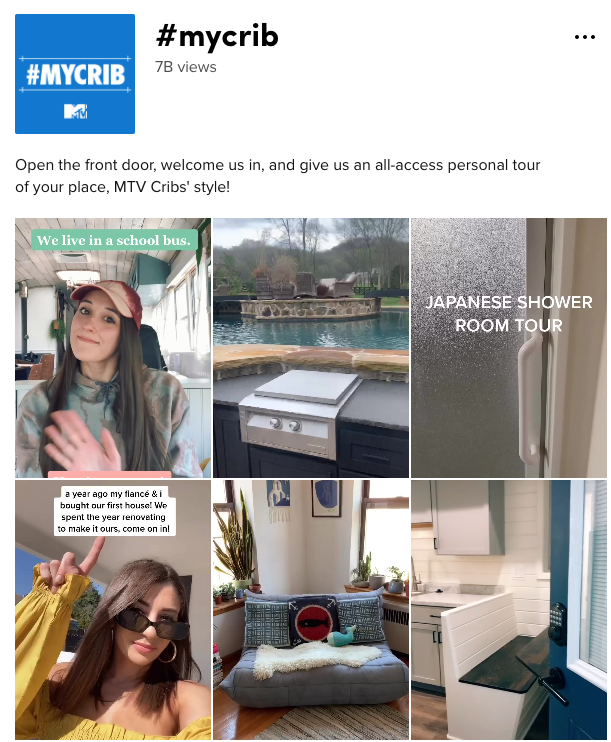 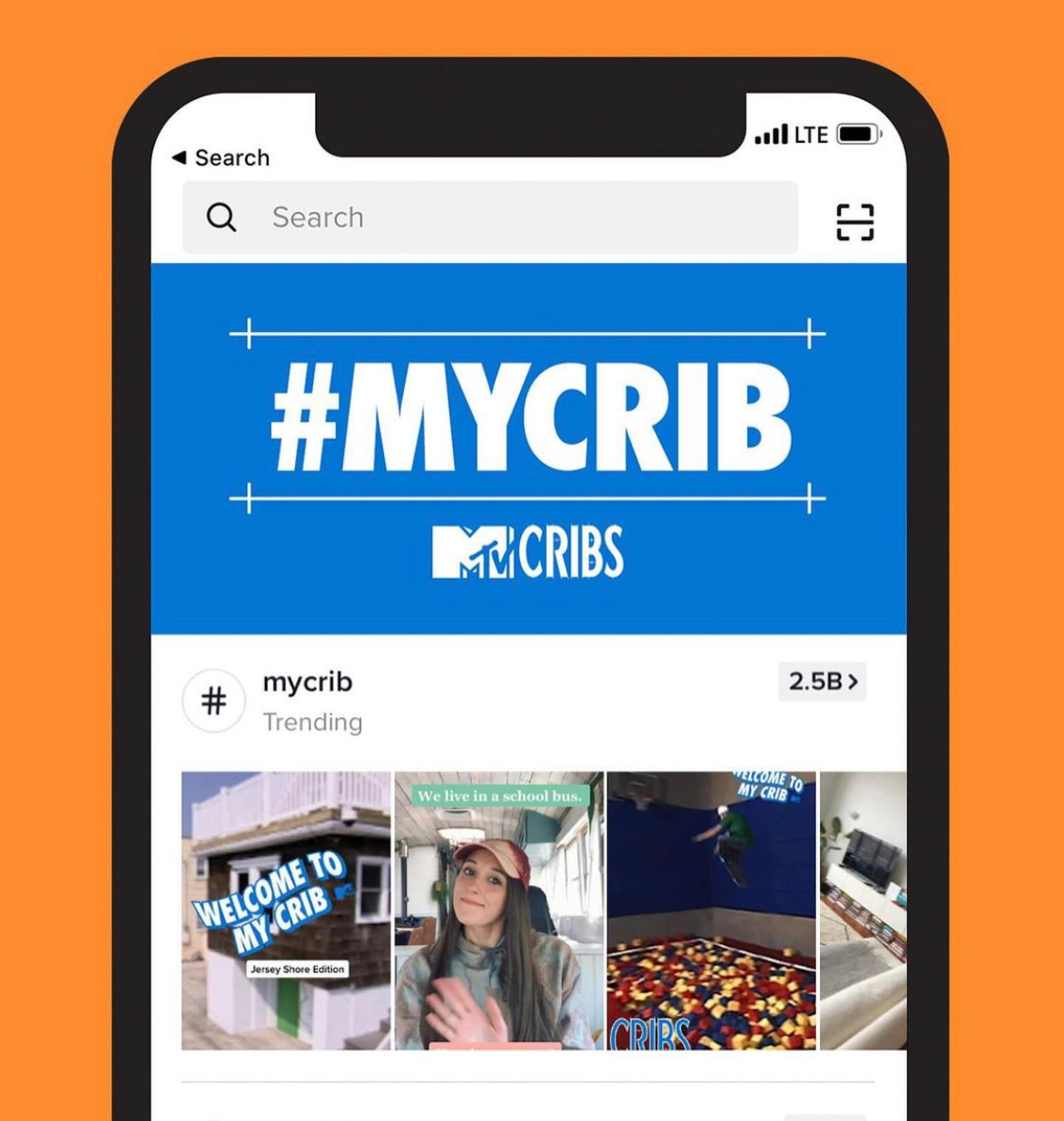 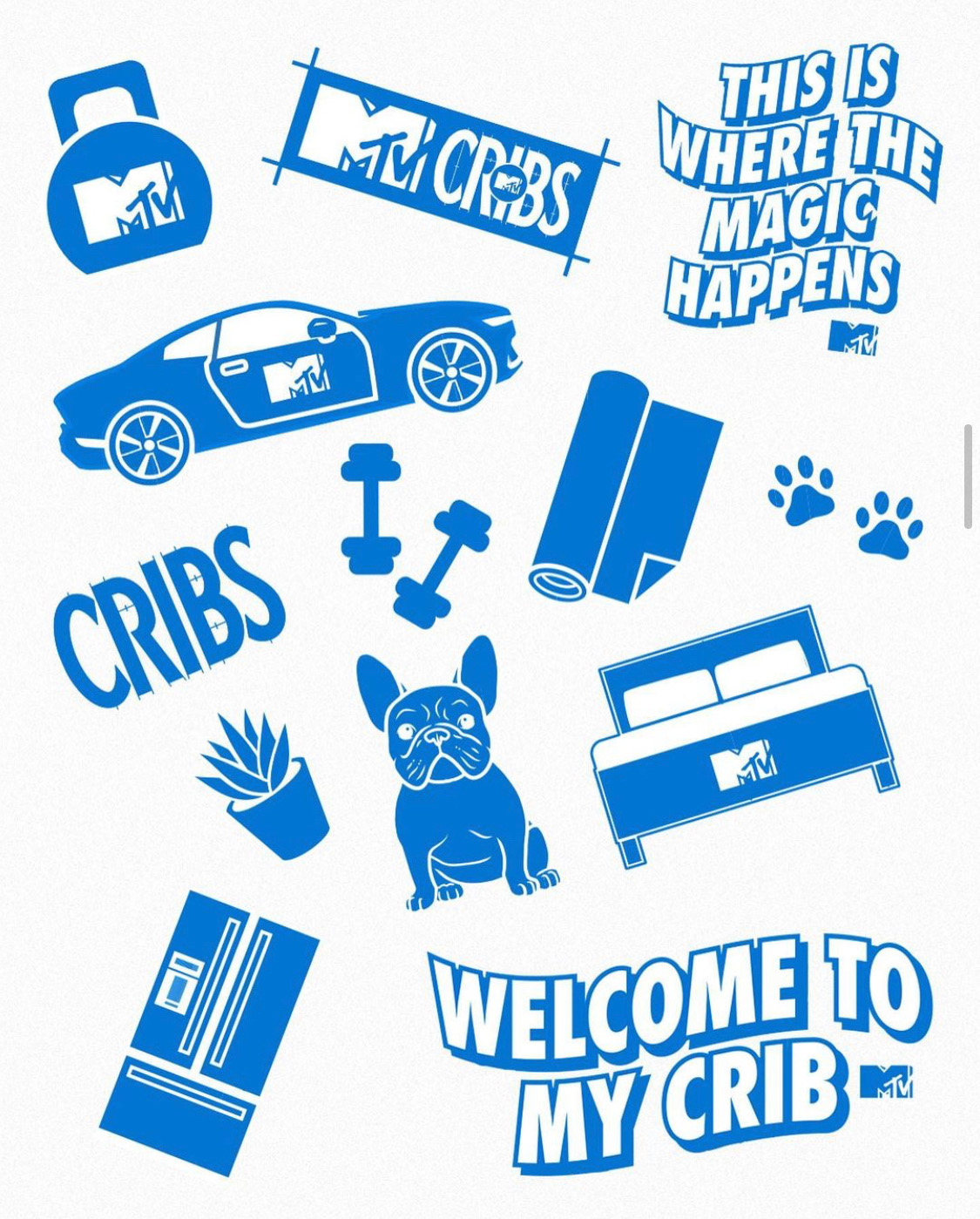