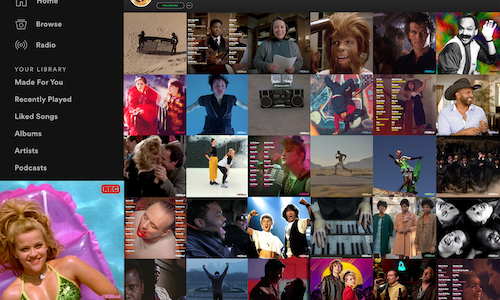 The beauty of culture is that what is old quickly becomes new again. Social media wasn’t around when some of the most famous films in the world came out, but that doesn’t mean they are any less iconic 20 years later. How people celebrated Rocky when it first released is different than how people are celebrating Creed II now, but the admiration and legacy of the franchise is still there.

As part of the overall MGM Studios 2020 brand social strategy, we wanted users to experience the MGM catalog in a new and fresh way. Film and television is all about the perfect marriage of audio to visual - it sets the mood for any viewing experience. So as a play on both the popular hashtag, #mood, and the studio's name, #MGMood was born.

The main goal of this social series was to breathe new life into beloved MGM films in a way that was not possible when these titles originally came out. We wanted to take cherished films, find that special scene, character, or #mood that encompass an emotion or time period and then we’d pair it with songs that matched. In essence, the objective of the social series became a way to bring a new, modern soundtrack to the MGM catalog by making it more accessible to the younger generation of movie lovers, and celebrating its history with the original fans.

In pursuit of achieving our goal with this social series, we scrub a film from the MGM catalog each week in search of the perfect #mood. Something that is specific to the film, yet will still be fun and relatable on social to different demographics. From Desperately Seeking Susan to Rocky, the playlists use music as a way to bridge the gap between older and younger audiences. The playlists can be structured around a specific character, a time period, or even the film as a whole #mood, but the common thread through them all is that they always contain a little something for everyone.  By turning these iconic titles into something shareable in the day-to-day, we’ve extended their shelf life by introducing them to  a younger audience.

Creatively this series went through some trial and error before we landed on the look. With the end goal being to get users from one social platform (ie. Instagram, Twitter, or Facebook) to a different platform (Spotify) we learned that we had to give them more than just a moment from the film, #MGMood, and some social copy to get them there. We created a secondary asset to pair with our mood moment, giving users a graphic that laid out the playlist we had created - a sneak peak to the perfect 20 songs that they were missing out on. An experience that we had curated just for them, no matter their mood. In the same way everyone gets hyped on a throwback song playing at the bar, our audience began reacting similarly about our titles they hadn’t seen in 15+ years and could now experience through a 2020 medium. The joy that was felt by a film you grew up watching could now be enjoyed on your way to work, during your workout, or hanging with friends.

The Spotify #MGMood series has quickly become a highlight piece of content for the MGM studios social audience.  With a total of 31 playlists created to-date, the series has achieved 97k+ engagements and 2.1M+ impressions across all #MGMood social posts. We couldn’t be happier with the results of the series and our audiences' reaction to the playlists each week: they overperformed what we could have hoped for, ultimately achieving the goal we set out to accomplish, bringing these catalog titles into the new age of social media. 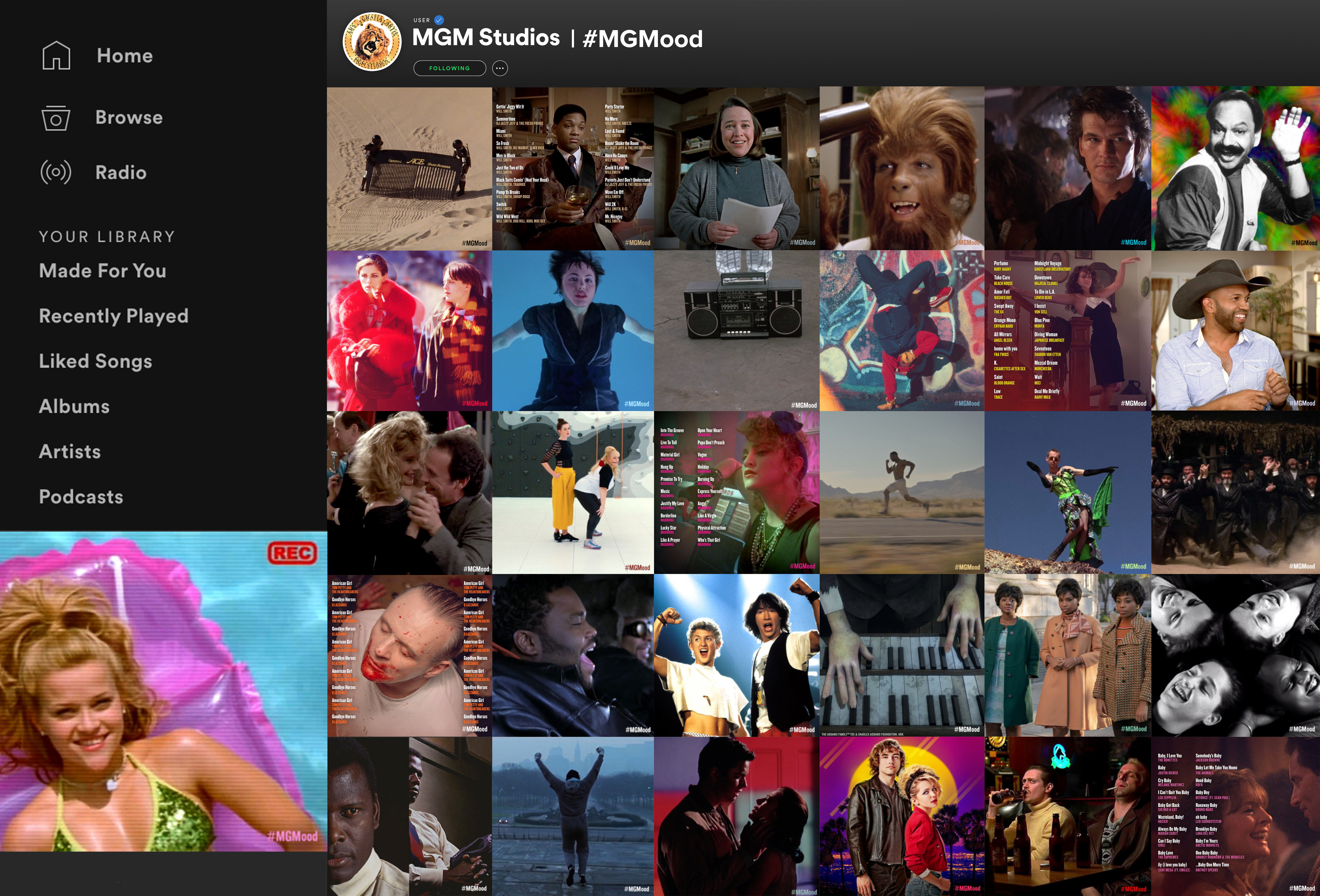