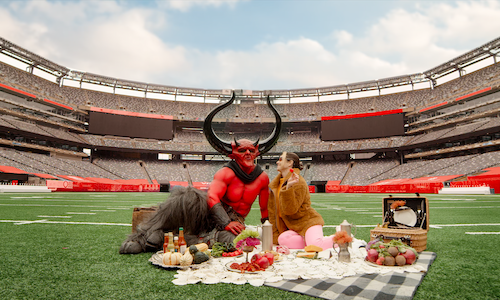 Match Made In Hell

As the most iconic brand in the category, 25 year old Match has high awareness, but with fast growing competitors the challenge is always to stay top of mind for adult daters in the US (25-49). December marks a seasonal peak for the dating category, app downloads, and hosts Dating Sunday on the first Sunday of the New Year, the busiest day of dating all year. The goal is to be top of mind in this time frame. However, in 2020, not only did December kick off peak season—the country was nine months into lockdown, which has had a major impact on the way singles date.

By moving quickly to tap into a shared cultural moment, Match partnered with board member Ryan Reynolds’ agency, Maximum Effort to create a video campaign designed to be shared.

Our objective for Match Made In Hell was to become top of mind for target audiences as we entered peak season, building brand consideration through relevance by earning video views, headlines, conversation, and buzz. The campaign roll out was designed to maximize return with phase one generating organic reach (no paid media), and phase two broadening the reach through TV and digital media. Our goals included 100 key outlet press hits, 30% increase in social media conversation, and 10MM video views, all of which would have represented our most successful video content to date. The Match Made In Hell campaign not only hit those goals but far surpassed them.

We all know that in 2020 Americans overwhelmingly shared the experience of a “hard” year, but it was also a year where singles shifted to more intentional dating and were seeking more meaningful romantic relationships (from Match’s Singles in America study). Our approach was to connect to this shared cultural experience, during the season the whole country was getting ready to say goodbye to 2020.

The creative brief was simple: let’s bring to life what we’re all feeling through a humorous lens, while creating an optimistic look to 2021.

“Match Made In Hell” takes us through the whirlwind romance between the only two lovers who could possibly have the best year ever. Satan met his match in twenty-twenty. Embracing humor, and nodding to the resilience of singles, the content created space for consumers to laugh at the dumpster fire of 2020, while inviting consumers to feel optimistic and “make 2021 your year.” The story came to life to the tune of Taylor Swift’s re-recorded “Love Story'' which also debuted with the ad.

Designed to earn engagement and reach, the communications strategy started in an organic phase one, and then fueled viewership over phase two with paid media. Both phases earned disproportionate return by leveraging cultural insights and content designed to be shared.

We launched with the hero content in early morning organic posts on YouTube, Twitter and Instagram, to kick off the campaign with earned views and conversation, leveraging the organic reach of creative partners on the project Ryan Reynolds and Taylor Swift. This phase relied heavily on a PR approach, focusing on key outlets for our target audience, like People, Rolling Stone and Mashable driving readers to the video.

Phase two began on day three, with paid media on channels that would still continue to earn conversation including Snap, YouTube, and Instagram.

Phase three focused on our broadest reach through more traditional media on TV & Streaming, while we continued community conversation through digital tactics.

We outperformed on all KPIs, creating a historic brand moment with earned coverage and WOM, while seeing overwhelmingly positive sentiment. On day one alone we saw 14 million views of the Match Made in Hell campaign, and the video campaign trended on YouTube for the first two days. To date, the film has received more than 40 million views. On launch day, we also saw the film’s song trending on Twitter.

We received more than 100 press stories in the first 24 hours, quadrupling our targets. In total we earned 800+ media stories. To date, the campaign has earned 5 billion media impressions between entertainment, lifestyle, business, and technology publications, as well as local and national broadcast outlets.

Video for Match Made In Hell 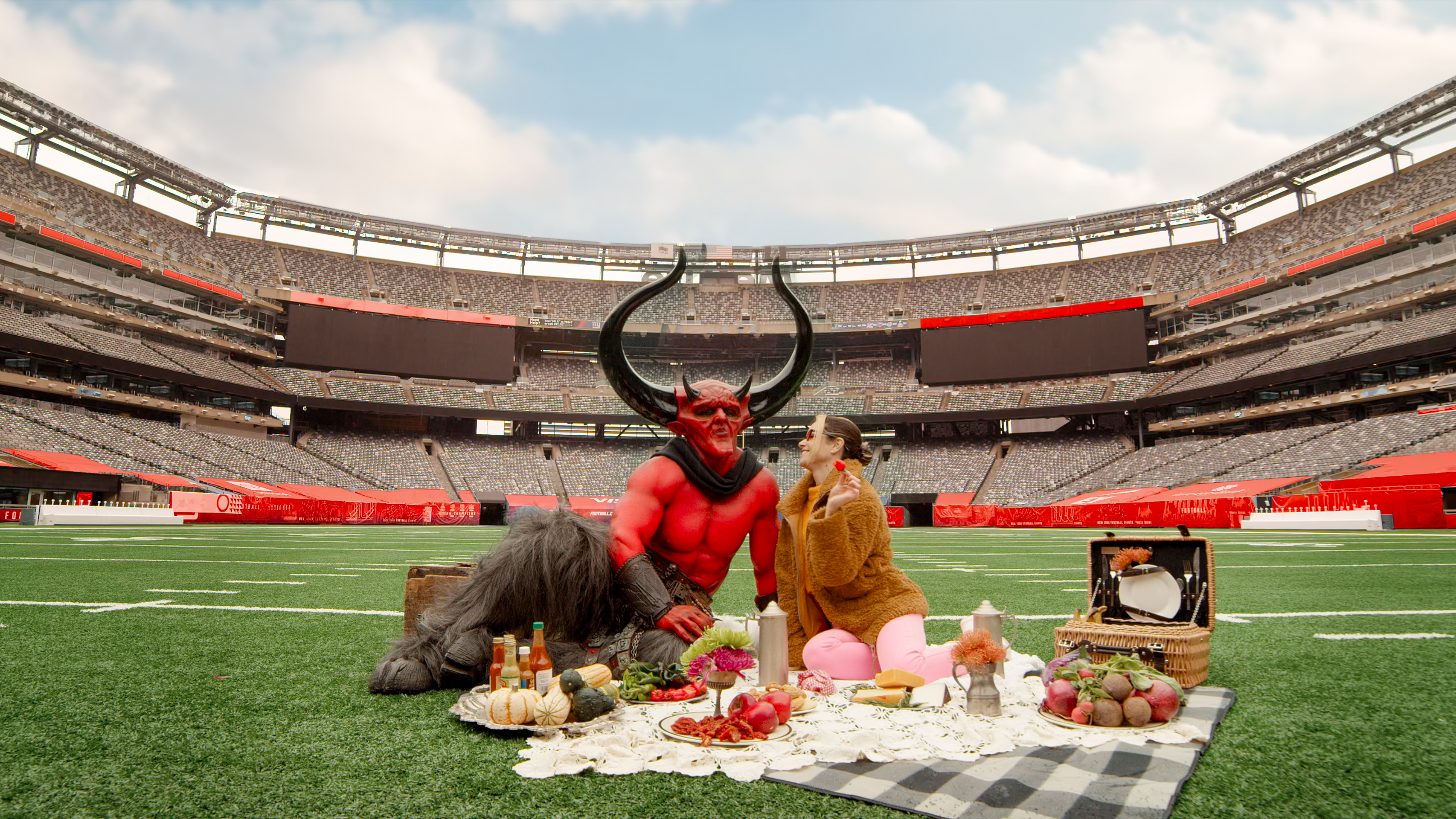 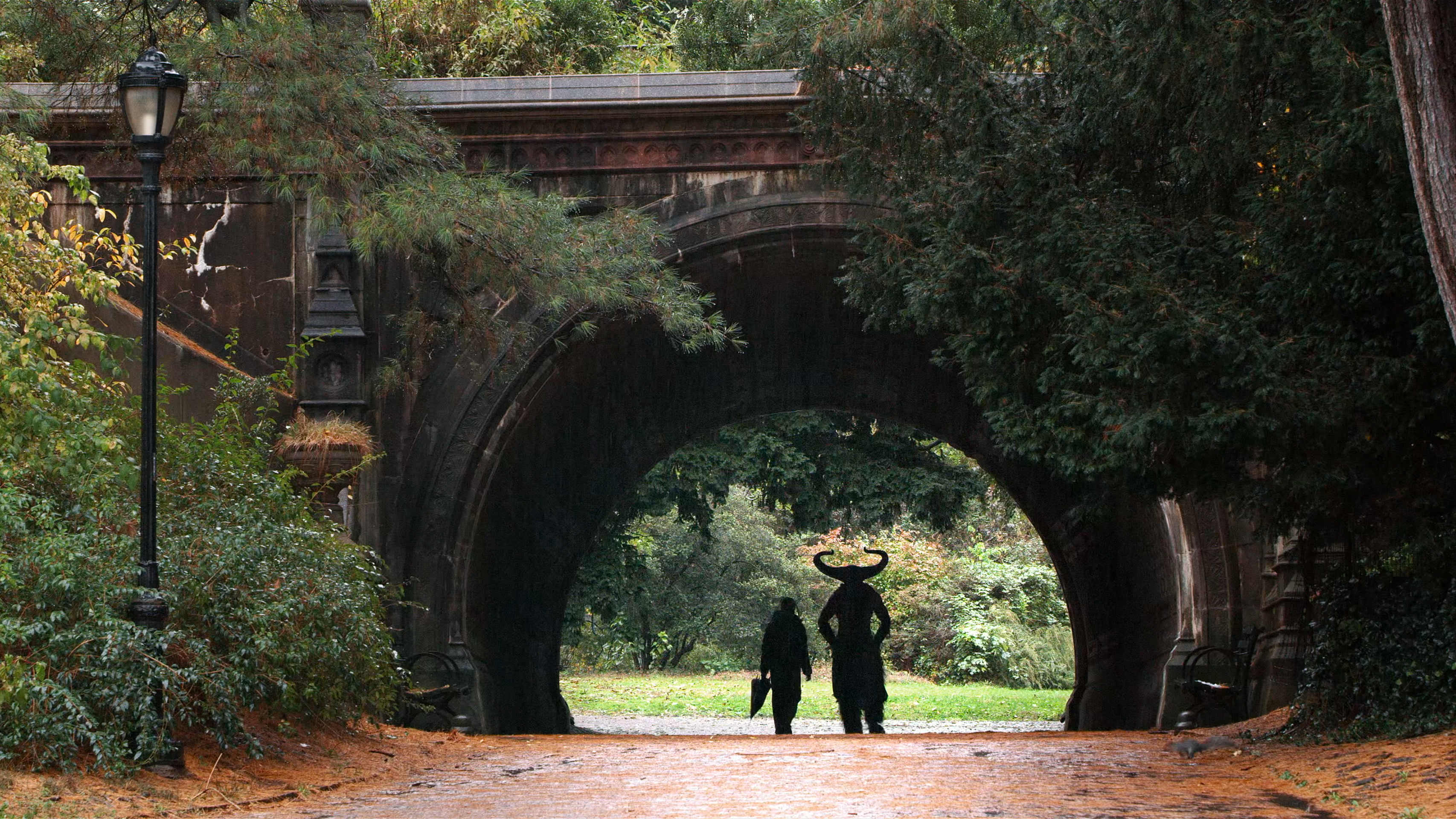 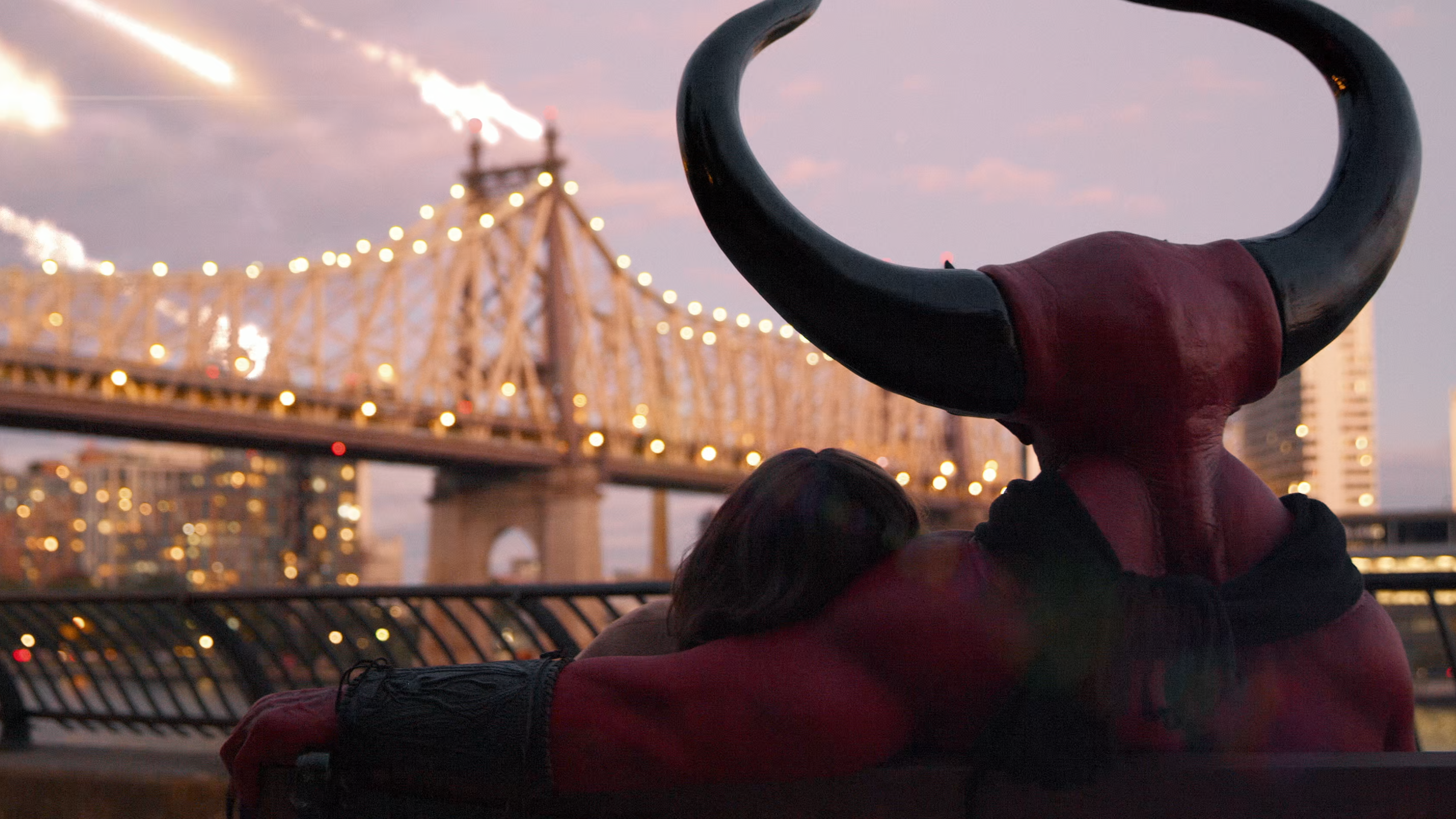 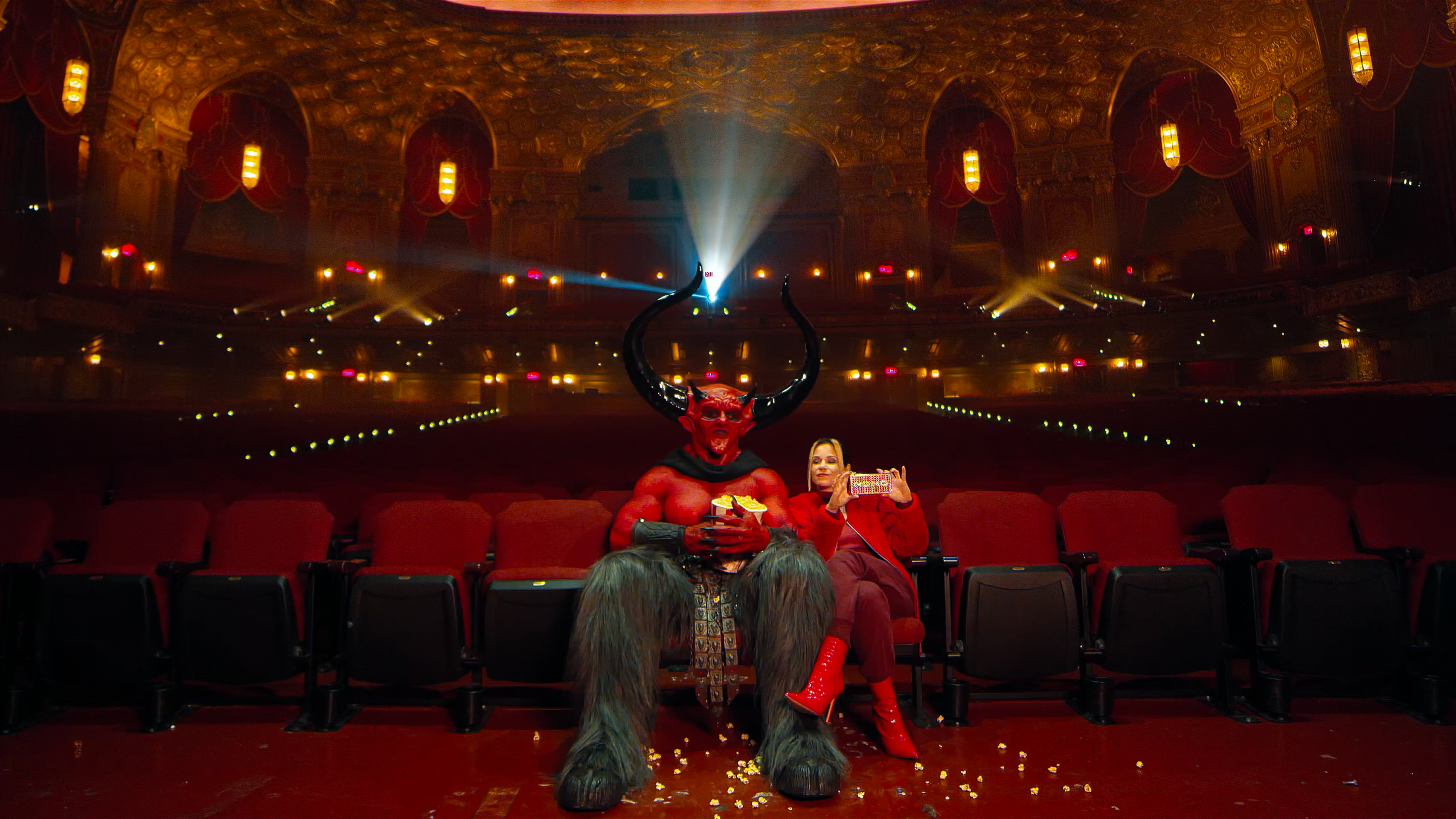 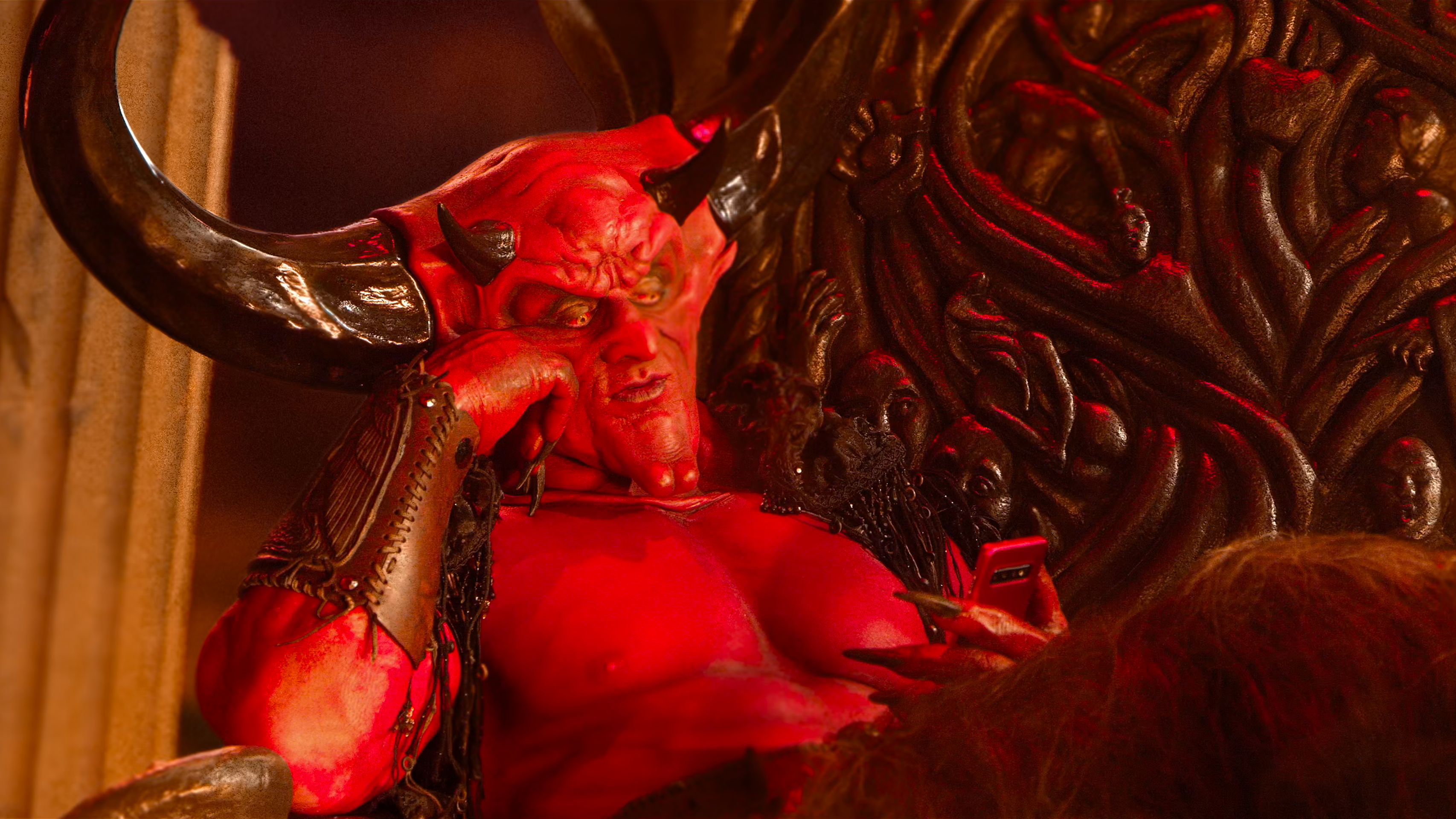