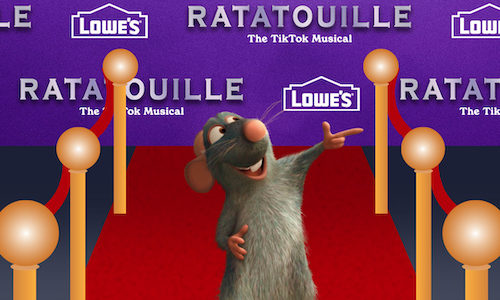 Lowe's x Ratatouille the TikTok Musical: A Partnership in 3 Acts

After TikTokers DIYed a massive fan-fiction trend to create their own Ratatouille themed musical, it transformed into a full-blown virtual Broadway production benefitting The Actors Fund for performers who were disrupted by COVID-19.

Lowe’s had a unique opportunity to partner with Broadway production company Seaview Productions and TikTok to connect the Lowe’s brand with the DIY spirit of a major, culturally-relevant moment: the first ever crowd-sourced, virtual Broadway show.

The goal was to connect with the maker spirit in an unexpected and meaningful way, driving brand recognition and loyalty with a new audience on TikTok.

Ratatouille the Musical was born entirely out of a desire to build and create, which aligns perfectly with the spirit of the Lowe’s brand. One of the original TikTok creators, Chris Routh (creator of @shoeboxmusicals) had worked tirelessly to provide set designs for the musical. To honor his talent and keep him creating in the future, Lowe’s surprised him with a sizeable gift card to help revamp his workshop, buy more supplies, and keep creating.

Prior to the virtual premiere of Ratatouille the TikTok Musical, @RatatousicalMusical hosted an exclusive behind-the-scenes look at what went into building the musical from the ground up. The event, aptly named “Building Ratatouille, Powered by Lowe’s,” was streamed live on TikTok and gave the 17,000+ viewers a glimpse into how the theater community rallied around a common “Do It Yourself” spirit and found a way to rebuild their theater dreams.

With a significant charitable contribution to The Actor’s Fund, Lowe's was proud to be the official partner of the event. Andrew Barth Feldman, a young Broadway star who played the character of Linguine, announced the partnership during the live stream and hit the nail on the head when he said “We wouldn’t be here today if it weren’t for the creators who were willing to DIY their way through this. So, sit back and enjoy this behind-the-scenes sneak peak of how we built Ratatouille the Musical - powered by our fellow DIY-ers at Lowe’s.”

Our special surprise and delight with Chris Routh of @shoeboxmusicals was featured prominently in the livestream, showcasing a social do-good mentality and encouraging creators to keep doing what they do best.

ACT 3: LIVE FROM THE RAT CARPET

Lowe’s “built” a virtual step-and-repeat so that cast members and viewers alike could still walk the red carpet and give their pre-show interviews using TikTok’s green screen functionality.

With the help of show stars Kevin Chamberlin and Scott Hoying of Pentatonix, the @RatatousicalMusical TikTok handle encouraged fans to walk the carpet and duet with the official “Rat Carpet” host to answer interview questions.

The Lowe’s TikTok handle featured an instructional video teaching users how to use the Rat Carpet green screen functionality. The unexpected post from Lowe’s garnered lots of love and fun engagement.

We received an overwhelmingly positive reaction on TikTok with an engagement rate of 20%, more than 4x our platform benchmark, plus a weekend follower growth 3x higher than our daily average.

The LA Times called out the surprising partnership, and Lowe’s branding was organically featured on the TikTok Discover page. 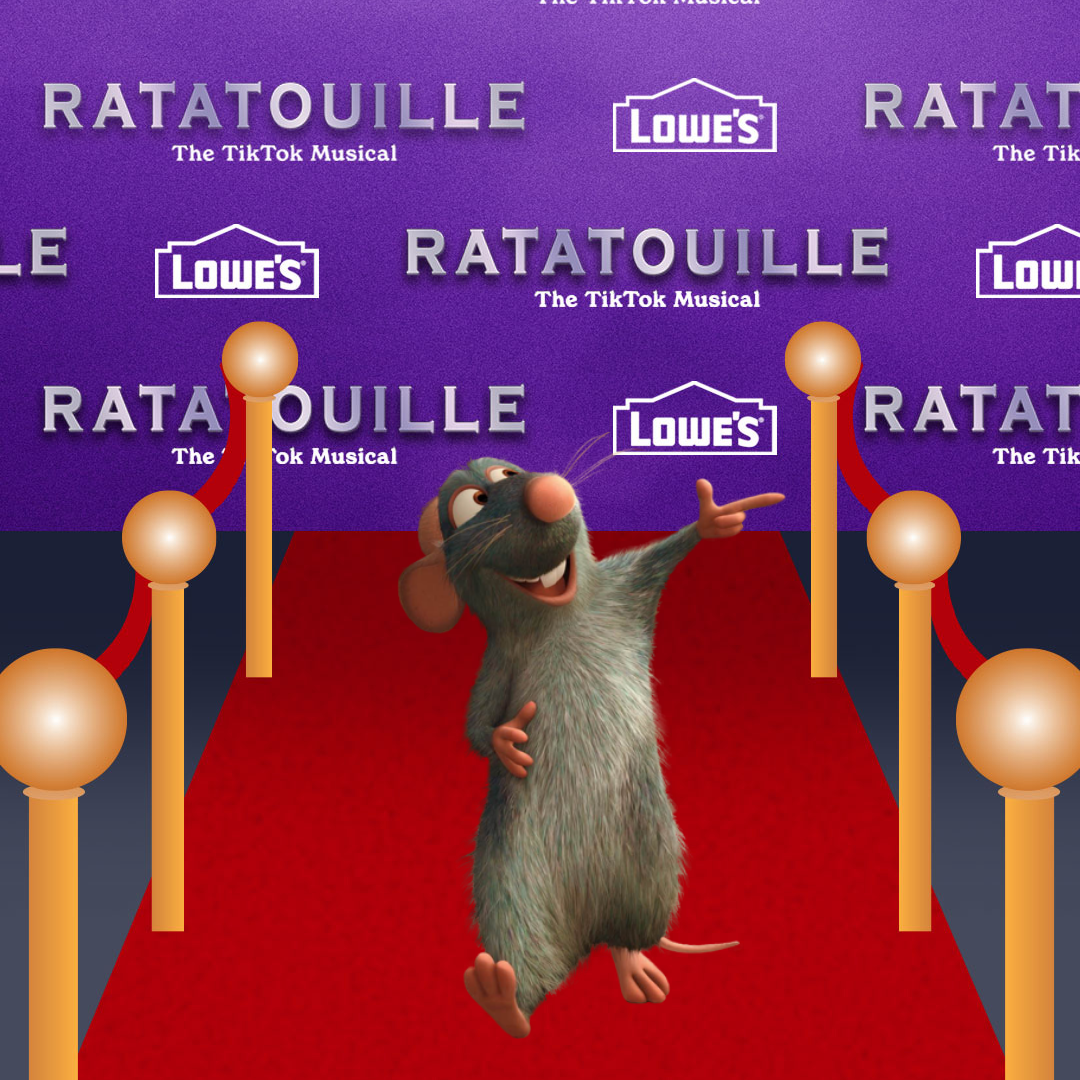 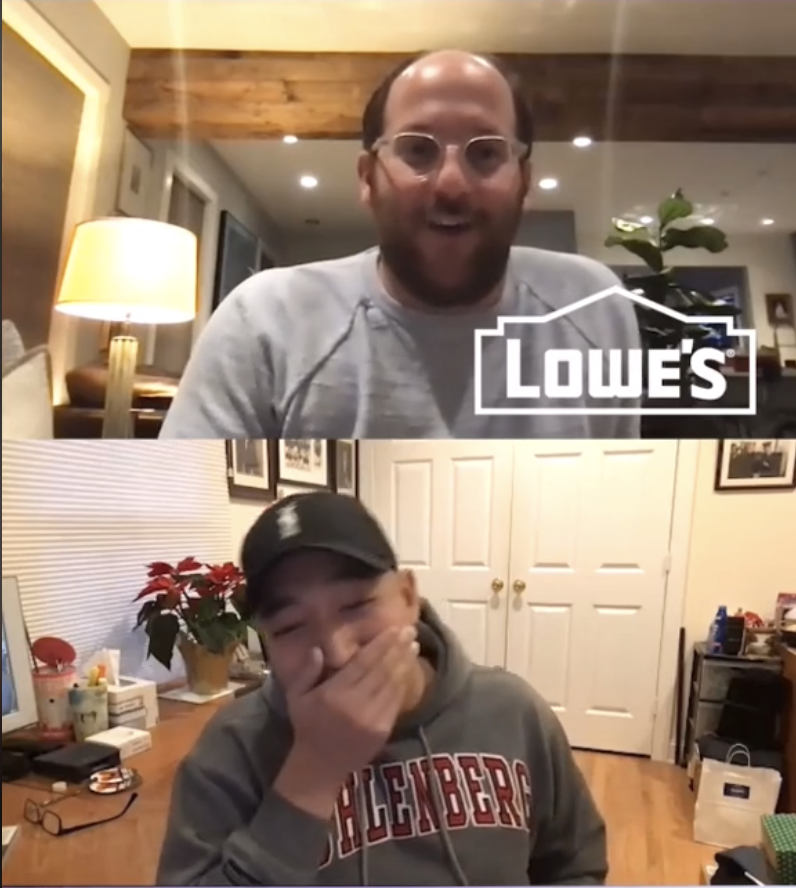 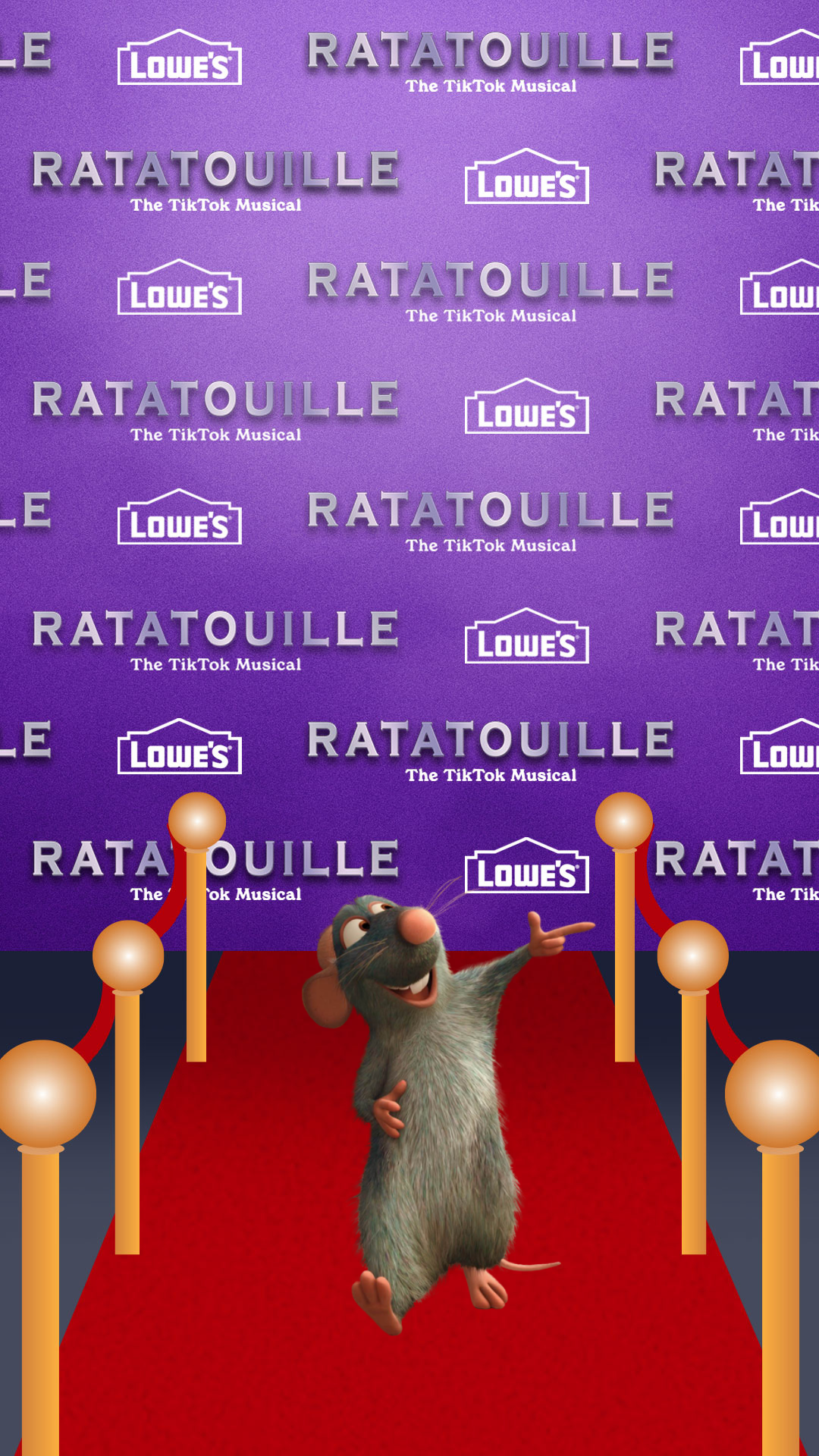 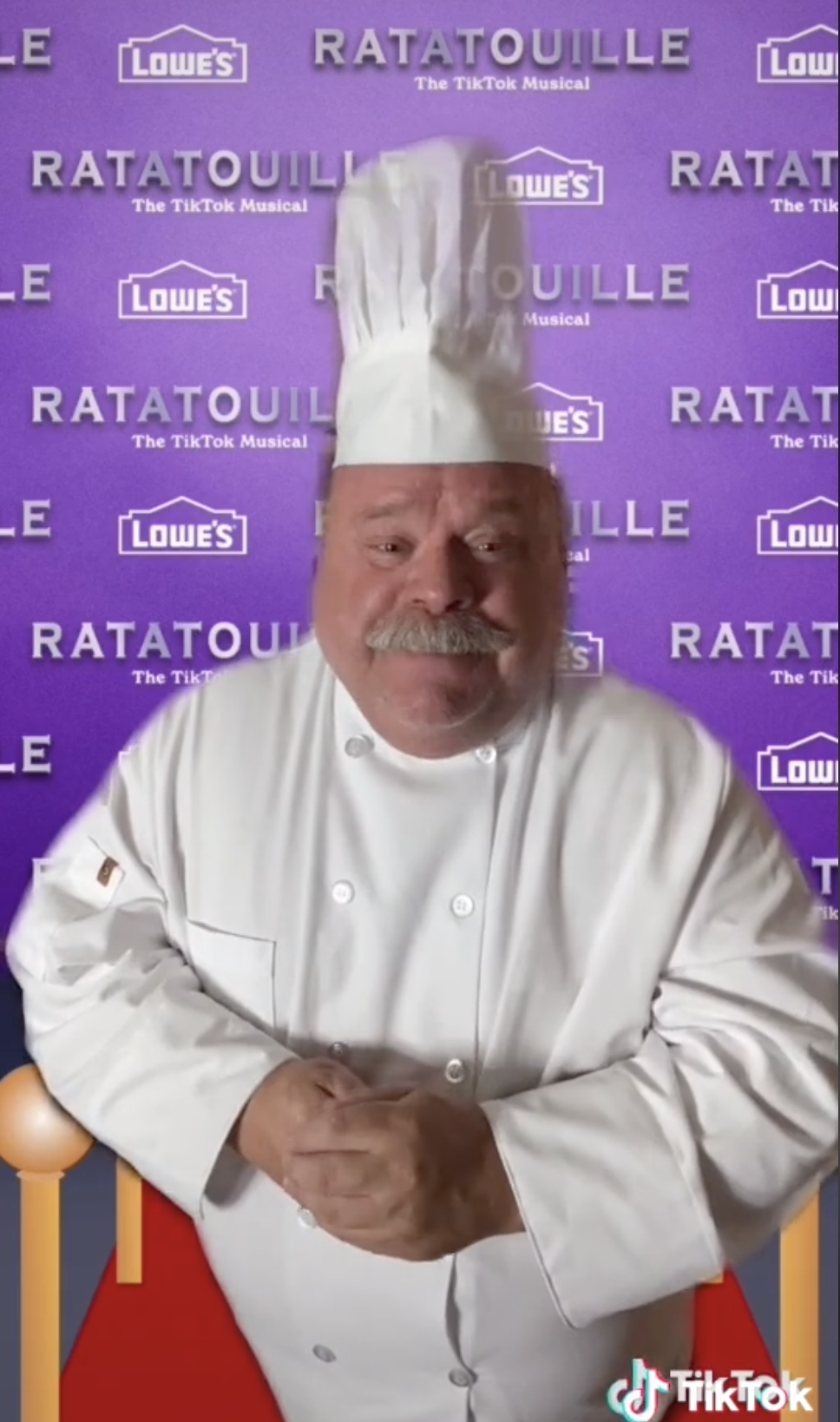