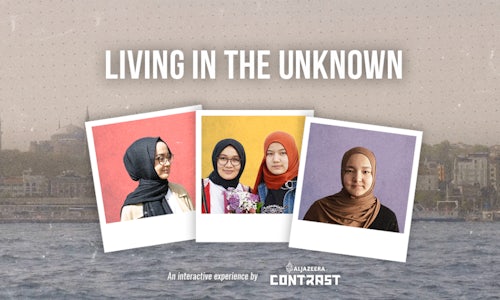 “What do you do when even your memories of home are fading?” Living in the Unknown, a multimedia web experience produced by Al Jazeera's immersive storytelling and media innovation studio, AJ Contrast, explores the stories of four young Uighur women fighting to preserve their identity and culture amidst the fear of being erased. Having escaped from China, they find themselves in the city of Istanbul, Turkey with no family members to support them. Not knowing whether their loved ones are safe or imprisoned, they live free but in limbo.

Human rights groups claim that around one million Uighurs and other ethnic minorities are held in ‘concentration camps’ in Xinjiang; the Chinese government, meanwhile, insists it is fighting separatism in the region, and that the facilities are vocational training centers. According to the recent media reports, Uighur women in the camps have been systematically raped and tortured while others are forcefully sterilized by the Chinese government.

AJ Contrast wanted to highlight the Uighur crisis – one of the worst mass human rights violations in the world – in an accurate, authentic and truthful, but also a creative and innovative, way. To ensure the audience invests and immerses itself in this ongoing news story, we aimed for an informative, visually striking account of Uighurs living in Istanbul. We followed AJ Contrast’s collaborative editorial process, inviting talented young Uighurs to join the project to make sure it represents their community and portrays their plight in the most personal and credible way.

In Living in the Unknown, the stories of four young Uighur women fighting to preserve their Uighur language, family and religion – the three pillars of their identity most under attack – are told through a longform interactive, optimized for desktop and mobile. Providing a visual and informative experience for the viewer, the multimedia project combines original videos and photos with in-depth interviews, text, illustrations, archival footage, infographics and data visualizations.

The interactive offers an intimate look into the lives of Uighurs in exile, as well as the wider historical and political context to the unrest in Xinjiang and the conflict between the Chinese government and the Uighurs. The main characters of Living in the Unknown - Ilminur, Munawwar, Dilnur and Shehide – invite viewers into their lives by sharing their dreams and everyday struggles. Some have taken up courses of calligraphy and Quran studies – pursuits that would be forbidden in Xinjiang. We wanted to tell this story through the lens of the younger Uighur generation – those most severely impacted by the current escalation of the crisis and who will shape what it means to be Uighur for generations to come. Also, we aspired to give a  platform for younger Uighur women – voices that rarely are heard in reports about this crisis, and yet whose choices and future would likely have been severely impacted had they remained in China.

Reporting on the Uighur issue is complicated – both inside and outside China. For such an ambitious project, it was essential for us to put together a production crew that had deep knowledge of, or connection to, the issue. Uighur writer Abduweli Ayup, who himself spent time in detention in Xinjiang, and is familiar with the community in Istanbul, joined the project as a fixer. Having Abduweli lead the crew made it easier to get access to the stories. Simina Mistreanu, a China correspondent for the German Press Agency DPA, joined Living in the Unknown as a reporter and field producer. Having previously reported from inside Xinjiang herself, she brought her expertise on the Uighur issue and knowledge about China to the project.

Uighur translator and singer Rahima Mahmut and musician Tøhīr, based in London, composed the original music score. Uighur artist Azimet Ahmet, based in Istanbul, created powerful illustrations based on his own experiences, and Uighur activists sourced material, including photos and videos.

The longform interactive follows a virtual reality (VR) documentary about Uighurs in Istanbul, Turkey, that was also produced by AJ Contrast. Created for VR headsets and optimized for desktop and mobile, the VR documentary gives an opportunity for viewers to immerse themselves into the everyday lives of the characters by means of a 360º video experience. By documenting the stories of the Uighur community in Turkey through innovative and digital first modalities, AJ Contrast worked to ensure that viewers had more than one way to take in the information related to this evolving crisis.

Living in the Unknown was published on AJ Contrast and Al Jazeera English and made available to millions of viewers across Al Jazeera's social media channels. The story was also told through Twitter threads and Instagram stories and posts with the aim of reaching as many people as possible. We also detailed our challenges reporting on this issue in our Medium blog post.

The interactive page has been widely shared by scholars and Uighur activists on social media and has been described as “gripping,” “incredible,” “powerful”, and “magnificent. “This is one of the best web experiences on the crisis that I have seen,” said Timothy Grose, an assistant professor of China studies at the Rose-Hulman Institute of Technology in Indiana.

Pushing the boundaries of visual storytelling, and through personal stories told in collaboration with young, talented Uighurs, Living in the Unknown​ presents a highly complex issue – one of the most pressing human rights violations of our times – in a web experience that is easy to navigate and is intuitive, yet provides a crucial broader context and leaves an impactful trace on the viewer immersed in the story. 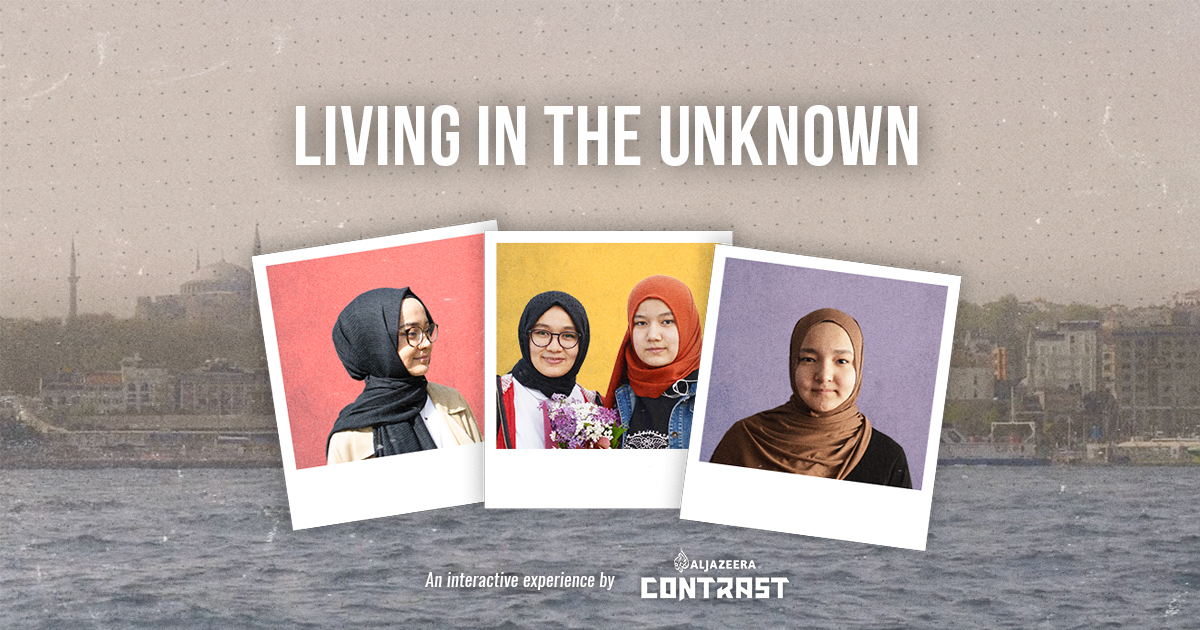 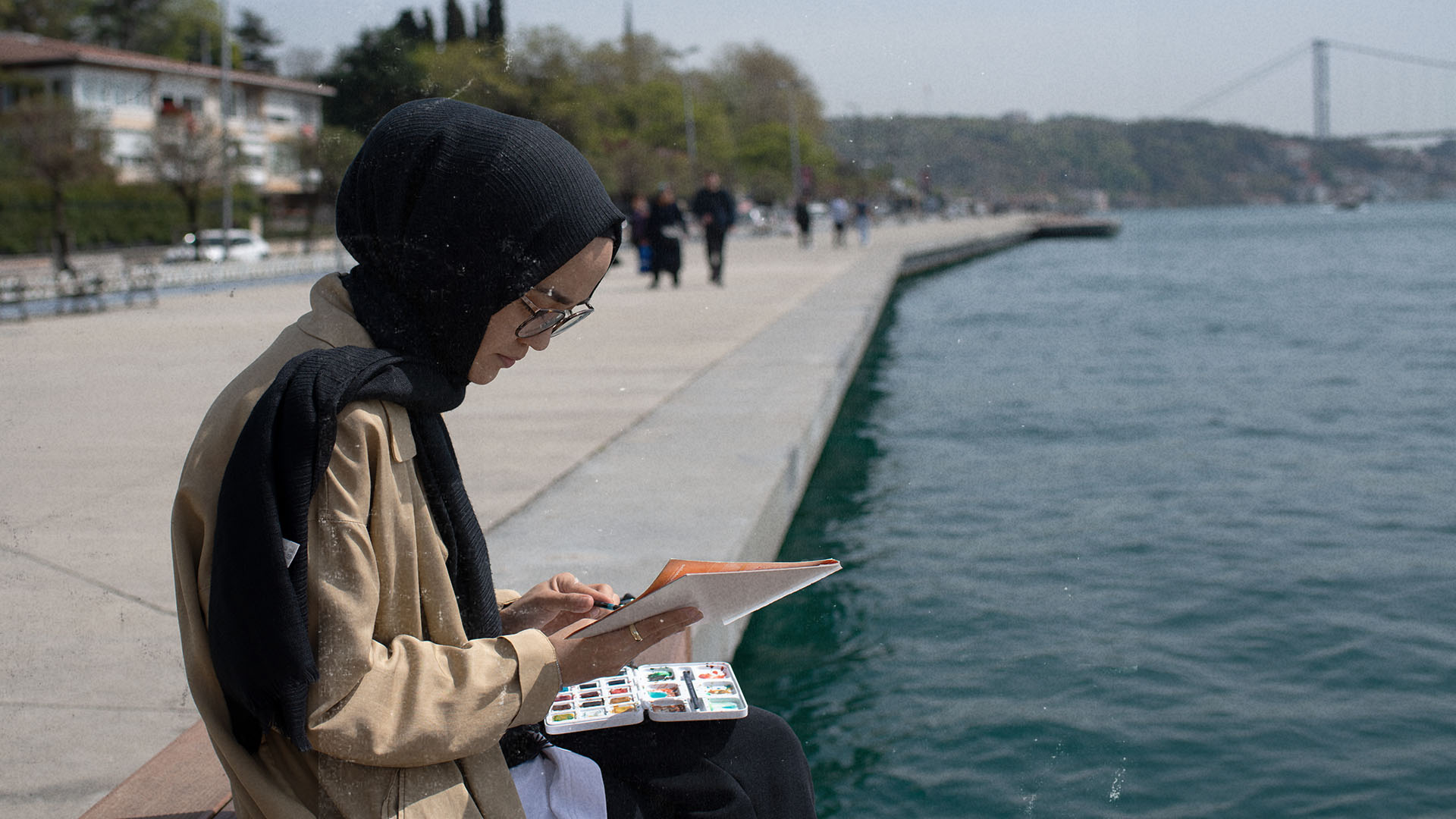 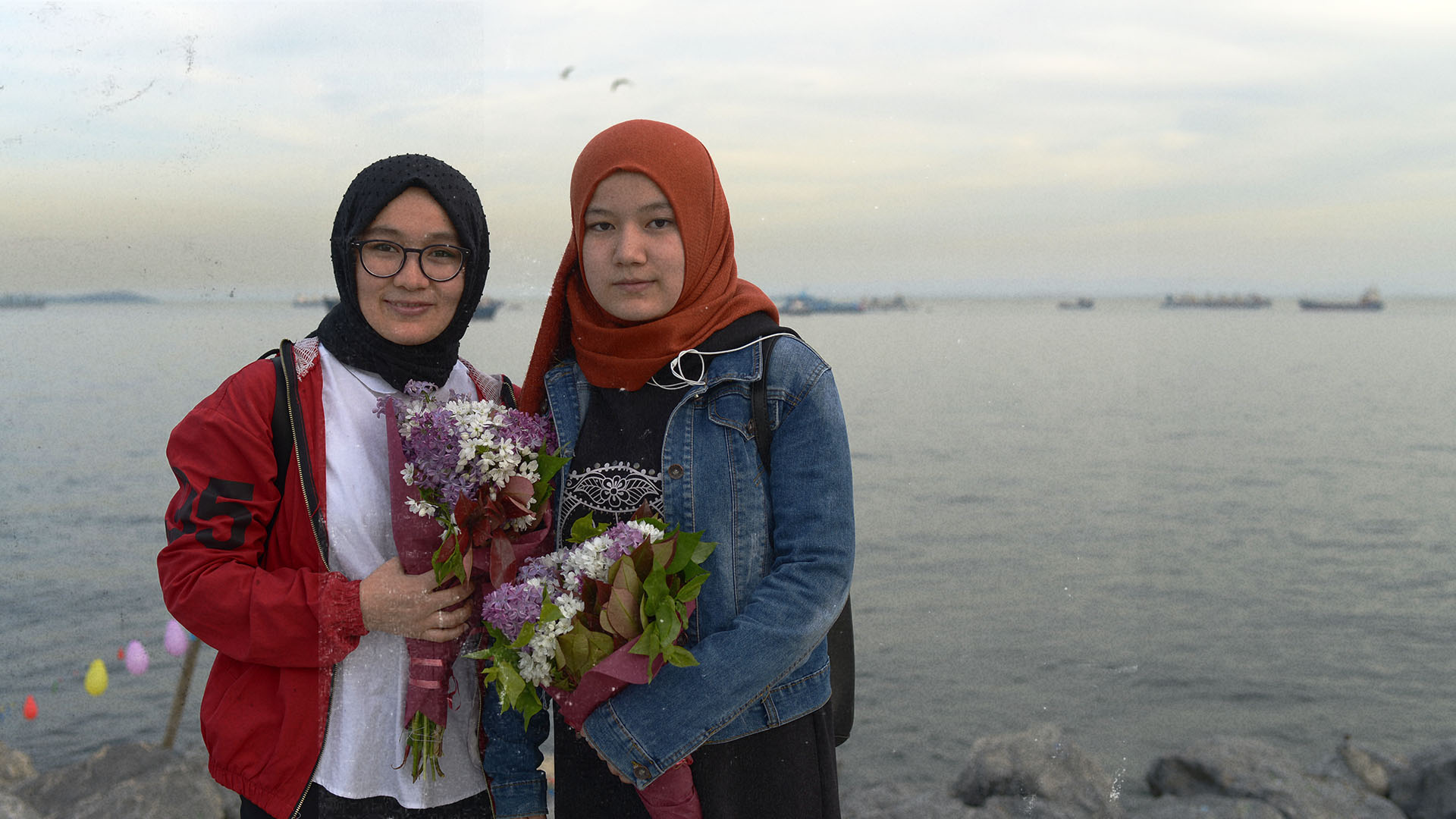 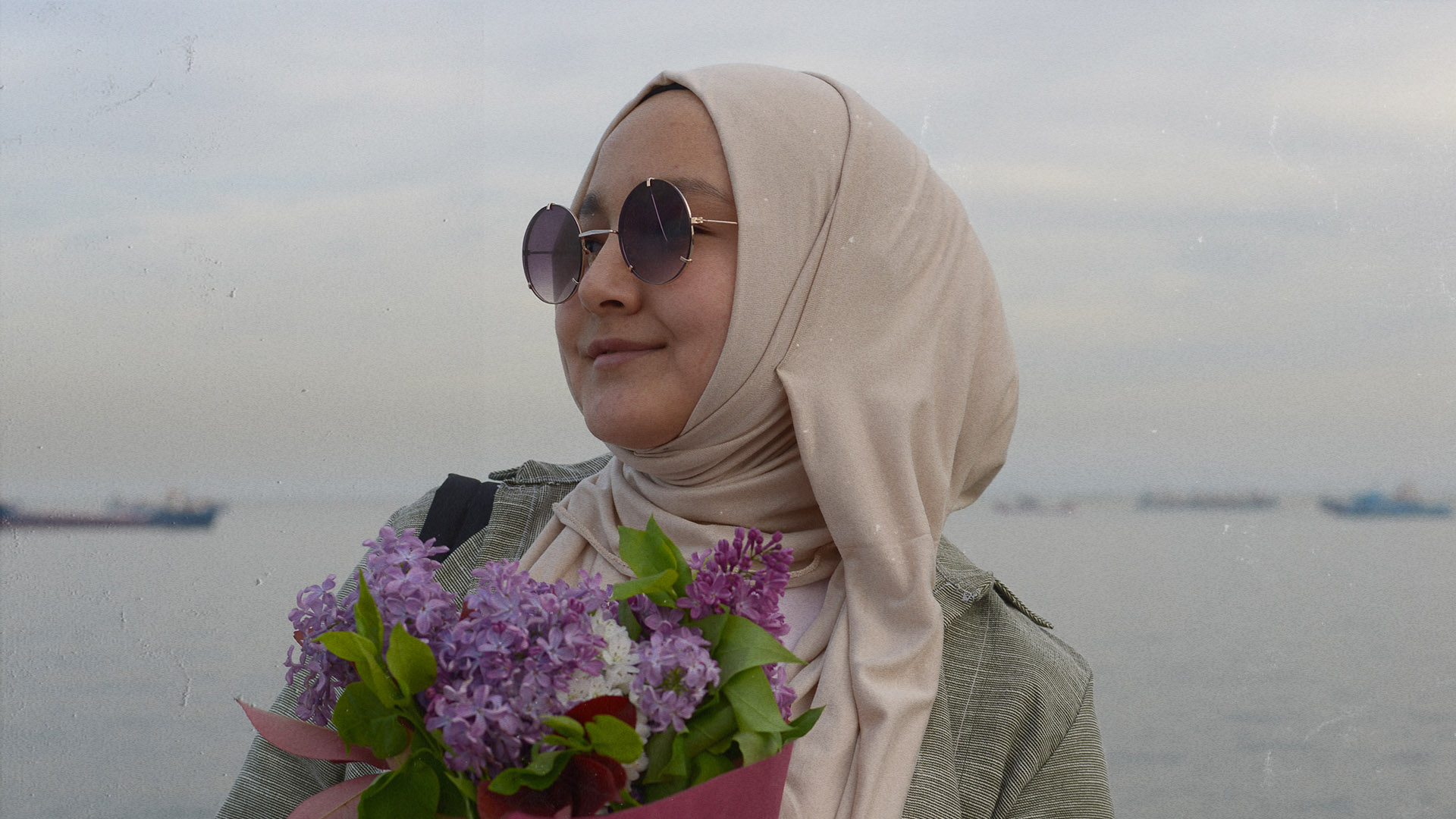 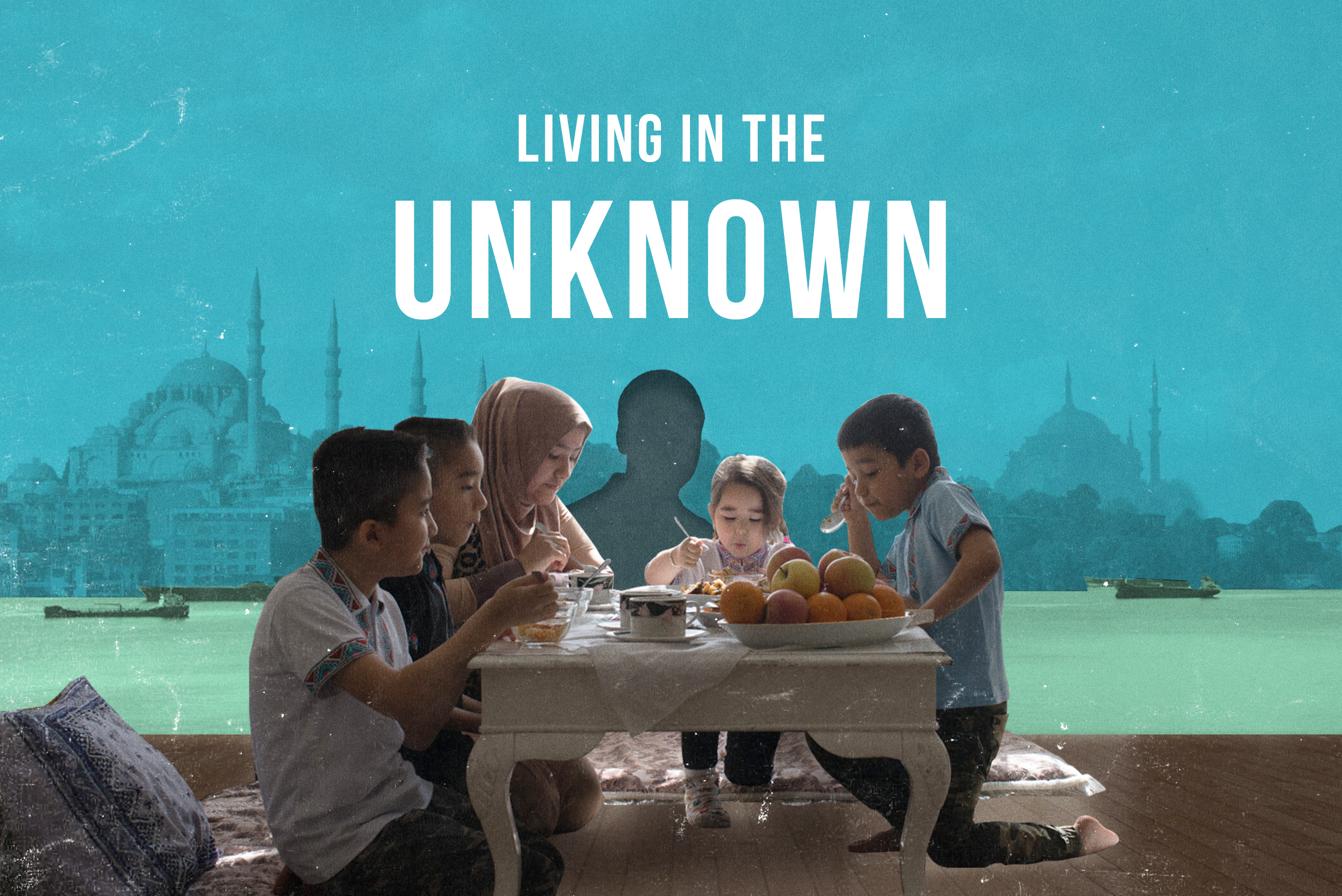