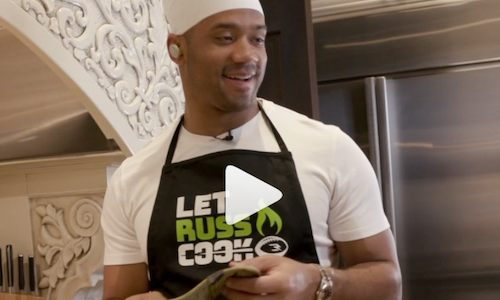 Long known as one of the best players in the league, the 2020 season led to a rallying cry from Seahawks fandom across the country to “let Russ cook.” Known as a team that consistently runs the ball and counts on a good defense, fans decided it was time that the Seahawks hand over the reins to one of the most proven and successful quarterbacks in the league and let him dominate.
Taking to Twitter conversations and social media memes, the trend started to catch fire across fans, sports outlets and reporters across the board. It was this phrase that led Bose to realize the perfect opportunity – they were going to let Russell, a longtime partner of the brand, finally cook.

Bose turned their focus to creating content around Thanksgiving – a holiday that is centered around the few key elements of football, food and family. During a year where there was little to smile or joke about at times, Bose wanted to find a moment of relief and bring a little bit of joy to sports fans. Alongside Russell, Bose enlisted celebrity chef Kristen Kish, a Top Chef Seattle winner, to help Russell finally cook – by making his Thanksgiving staple, Mac and Cheese.

Bose wanted to highlight that though everyone might not be able to be in person with their loved ones, the communication and celebration doesn’t have to stop. As a result, Kristen Zoomed with Russell as she helped him cook, and offered her expert advice throughout the piece. Russell and Kristen both wore Bose’s new Sport Earbuds as their form of communication throughout the activation, highlighting Bose’s integral part in serving as the vehicle for virtually coming together during the holidays. To pull it all together, Bose partnered with popular sports analysts Mina Kimes and Dan Orlovsky, two broadcasters that frequently use the phrase “Let Russ Cook” when discussing and recapping NFL games, in order to assist in the social distribution of the content and add to the tongue in cheek feel of the piece.

The content piece was distributed across all of Russell Wilson’s socials, and was also shared and re-tweeted across the Seattle Seahawks socials as well. Kristen Kish posted the video on her Instagram, and Mina Kimes and Dan Orlovsky each tweeted out the piece. Though there were only 6 official posts total across all social platforms, the total reach of this content was 14.3M,
with a total of 46K engagements and over 538K total video views. This feel-good content was incredibly well received by fans across the league, and the natural use of Bose headphones allowed the brand to seamlessly integrate themselves and capitalize on a viral moment. 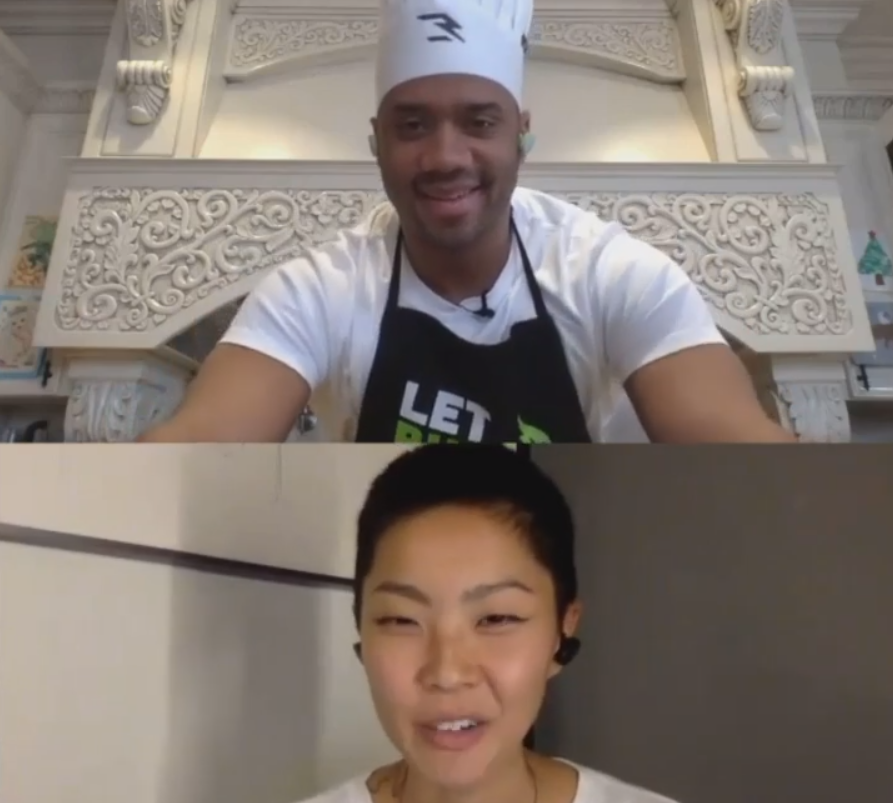 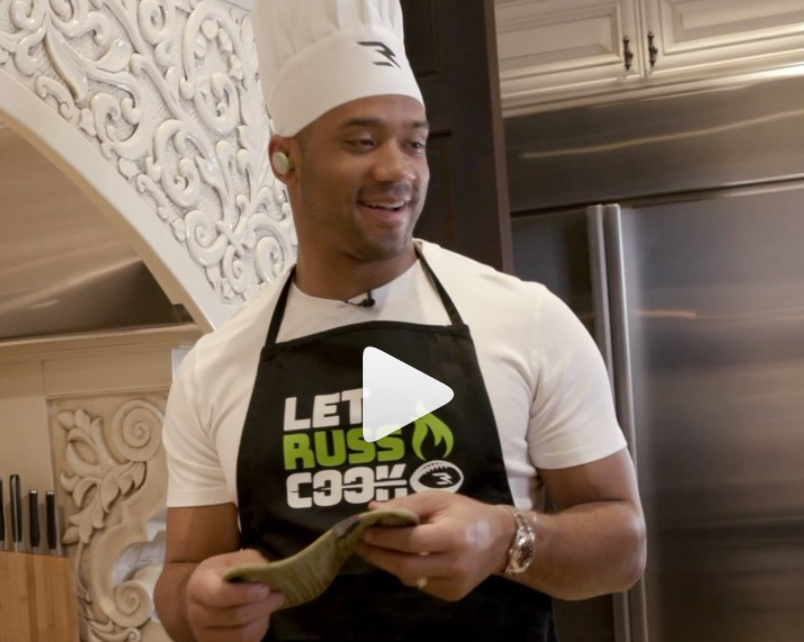 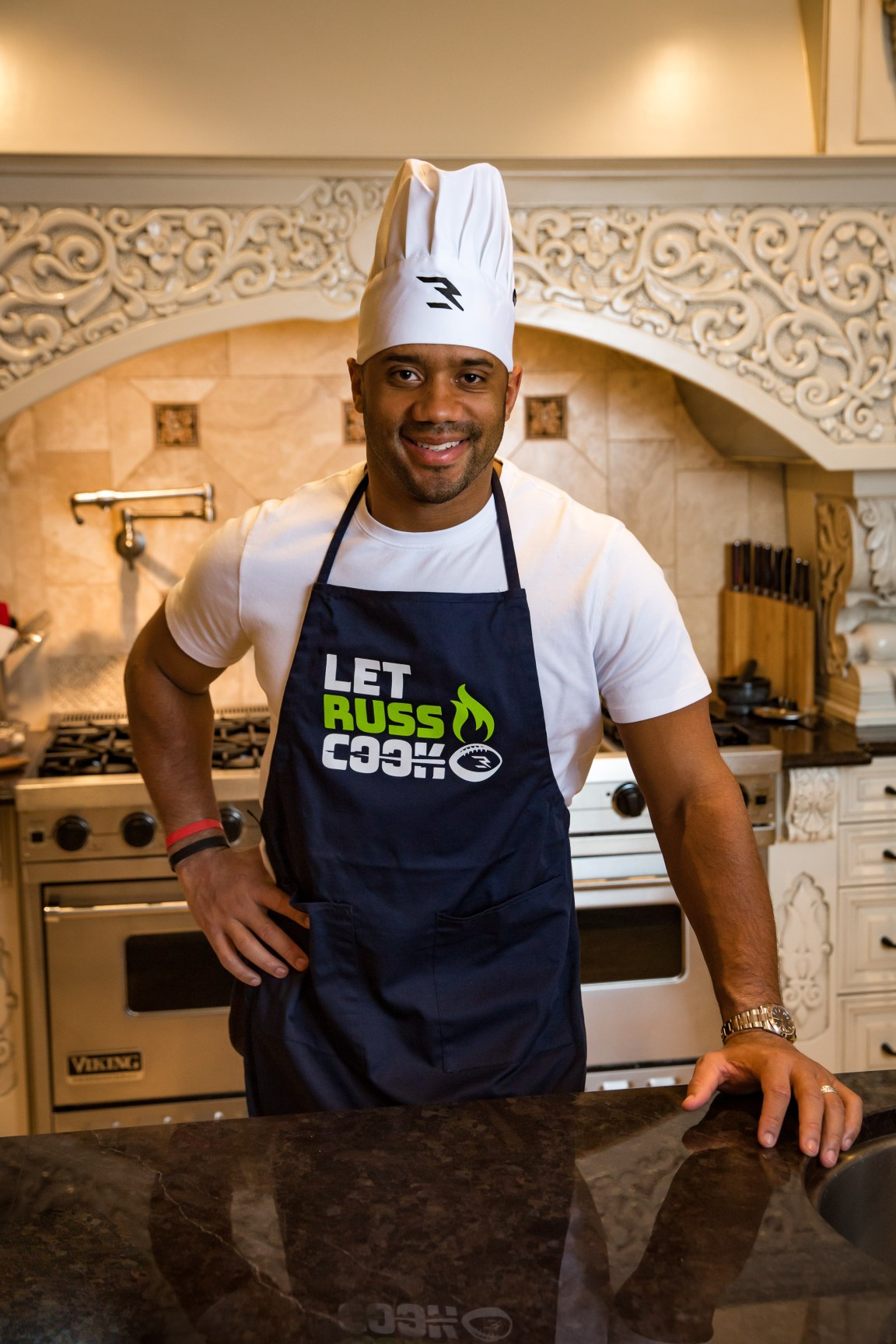