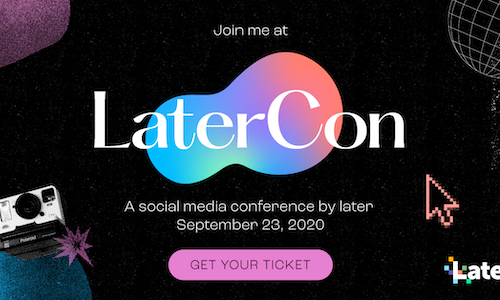 LaterCon, by Later, was created to help solo-entrepreneurs and small to medium business owners be on top of their social media game, and to confidently build their brands in the digital space. Later is the leading visual social marketing platform for Instagram, Facebook, Twitter, Pinterest, and TikTok. Later simplifies visual social marketing so entrepreneurs can spend less time manually posting to social media channels, and more time building their businesses. With over 20 leading experts, Later attracted thousands of attendees. The main objectives were:

Later is the loudest and proudest cheerleader when it comes to rooting for small to medium businesses and solo-entrepreneurs. Later started as a hack week project in Vancouver in 2014, with the goal of simplifying visual social media marketing for businesses. With over four million users in tow, Later has achieved a level of success that would be unimaginable if it wasn’t for the businesses that trust them. LaterCon was born out of the undeniable calling to give back and support the businesses that have built this community!

The foundation for this conference was already present. Later created LaterCon to offer insight and guidance from the best experts in the business, and to provide a place for community connection. Later partnered with 27 leading experts and a video editing team to create a day's worth of dynamic, industry leading content. Later brought attendees detailed, actionable strategies that they can actually use, with real life examples to prove it. The speakers had a wide range of experience - from managing social for their favourite brands to building their own empire. They know how to build amazing social strategies and were happy to share their knowledge with the attendees.

Later offered custom AR filters, giveaways, custom design swag to all speakers and giveaway winners, and a speaker Q&A on Twitter after each session. It was important for Later to create an environment that felt energized, fun, and welcoming just as you would see at in person conference with 80k attendees.

It was free to attend! In the spirit of generosity and with a mission to unite a community of entrepreneurs, Later offered this conference free of charge. By reducing barriers to entry, more individuals were able to attend and benefit from this day of learning. In addition, Later knows everyone's schedules are full and zoom fatigue in 2020 was real. Later uploaded the individual videos onto YouTube for anyone to watch or rewatch at their leisure.

LaterCon welcomed 80,850 attendees and saw a 54% increase in attendance from year one to year two. Noteably, 74% of attendees that attended in 2020 were new to Later. In year two of Latercon, Later was able to attract platfrom speakers from Instagram, Pinterest, Buzzfeed News, YouTube, and industry experts such as Brittany Xavier, Courtney Quinn, Boy Smells and many others. Later saw over 50,961 replays on YouTube within the first two months after LaterCon. 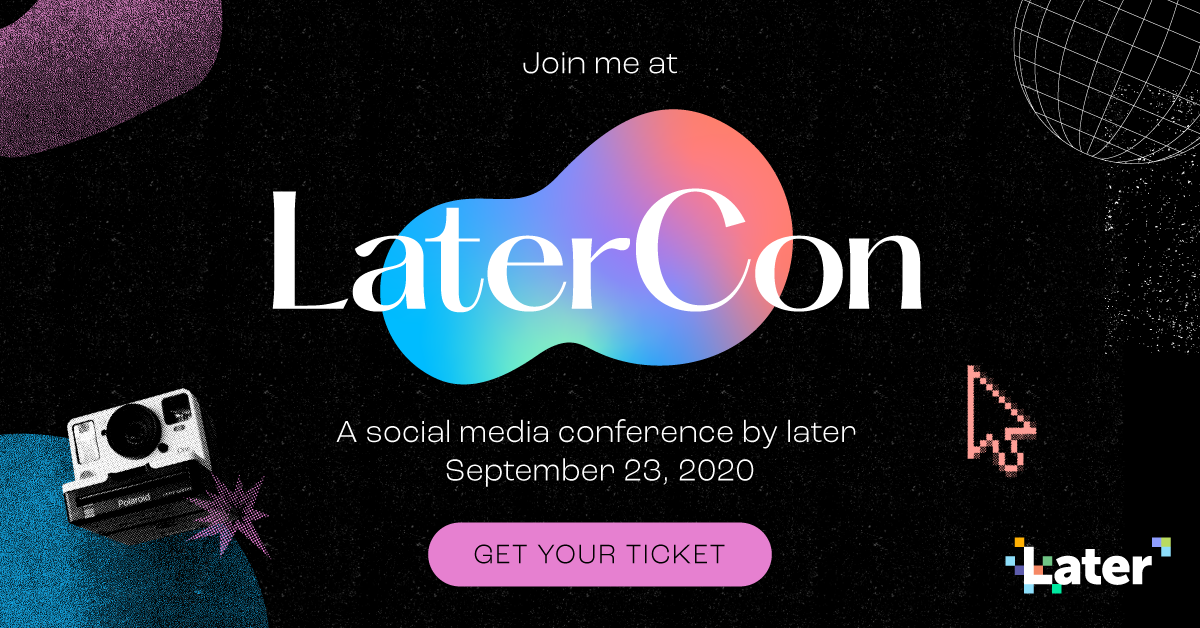