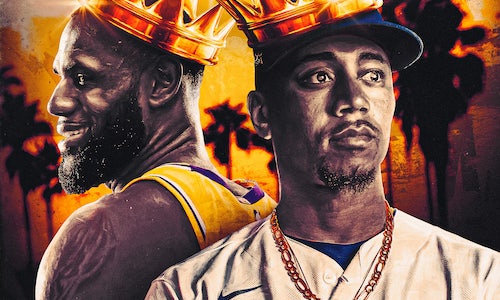 To capture and capitalize a specialized moment where two of the biggest names in their respective sports, helped lead their Los Angeles teams to a championship title in the same year.

We wanted to play off of Lebron’s “King James” nickname, and place Mookie Betts in that same category, labeling them the kings of LA. With mural art being a staple in the Los Angeles culture, I thought it would be fitting to execute the graphic in a similar treatment. The graphic started with an image each of LeBron and Mookie layered back to back prominently in the foreground. The city of Los Angeles was subtly placed in the background to emphasize the two athlete’s stature in the city. Extra detail and lighting were then painted using a Wacom tablet. The graphic was then layered with textures and additional photo treatments to give it that artistic touch. The players were treated in black and white to place emphasis on the team colors and the crowns, bringing the graphic and its message altogether. 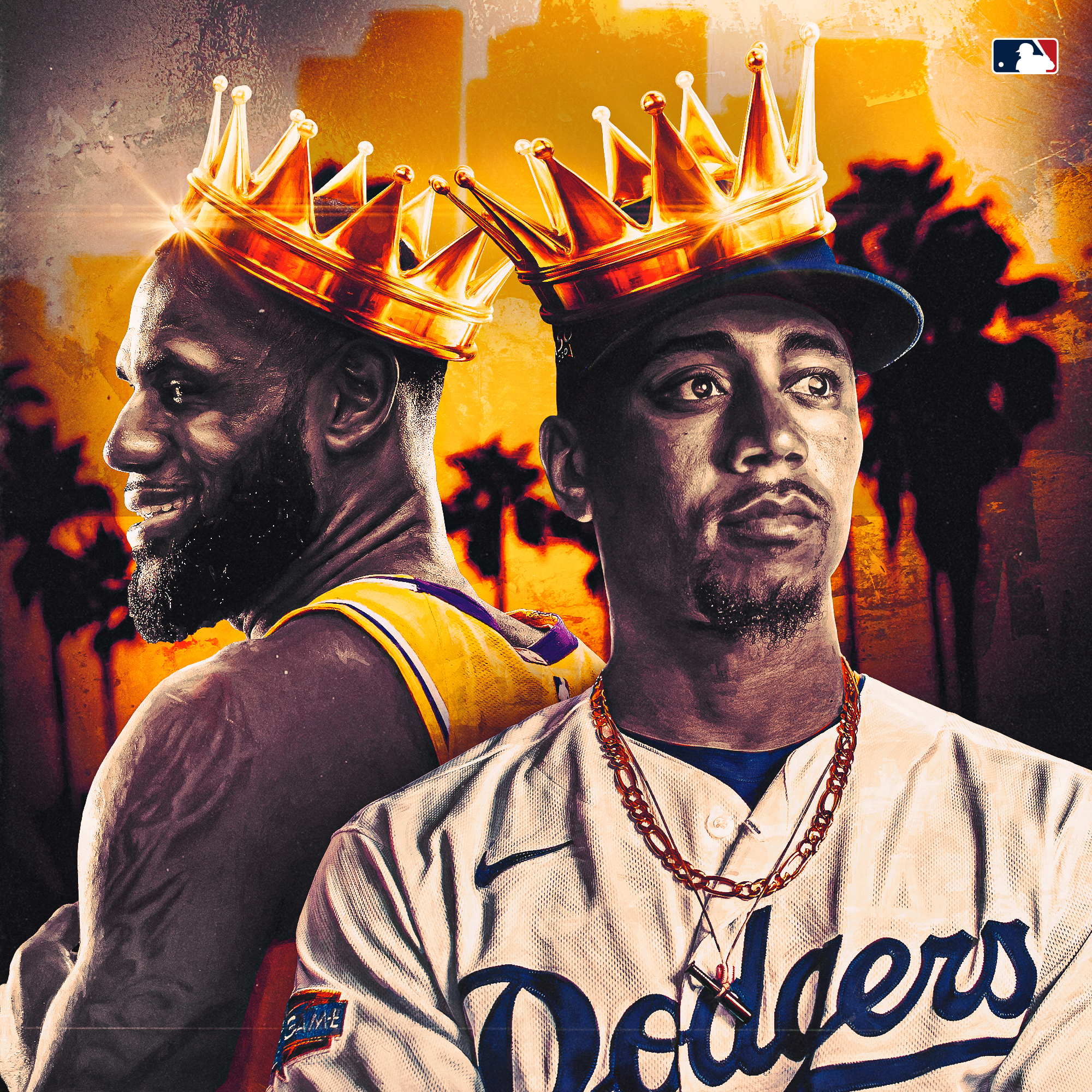