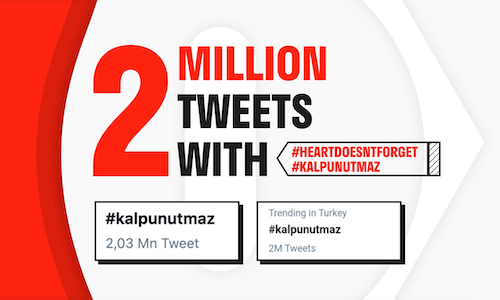 Best of Use Hastag / #kalpunutmaz

As quite a popular habit in Turkey, people likes to make a conversation on second screen about TV shows during broadcast. The different hashtags determined for each episode to bind the conversations together. As we do it permanently for the series Sen Çal Kapımı, broadcasted on FOX. However, our goal is making the series in Twitter’s Trending Topic and would liked to break a record among the social media conversation of Turkish and World TV series.

Hande Erçel (19.2 M followers) and Kerem Bursin (6.6 M followers) our two lead actors have quite a large fan base in Turkey. The forthcoming episode will have been narrated a breaking up of this duo who loved each other passionately. #heartdoesntforget hashtag chosen for this affectuous episode and it came like a bombshell among fans. We also have posted many tweets along with the show's official account, Hande’s and Kerem’s official accounts. Thus the hashtag will be the number one of Turkey and the 37 countries of the world.

Through the hashtag #kalpunutmaz (#heartdoesnotforget), we took part in the Trending Topic list of 37 countries and maintained our place in the world agenda for a long time. We ranked first on Brazil, Algeria, Spain, Russia, Peru, Portugal, Ukraine, Lebanon, Egypt, United Arab Emirates’ Trending Topics for along time .That was a hard record to break for Turkish and world TV show’s official Twitter accounts.

Video for Best of Use Hastag / #kalpunutmaz 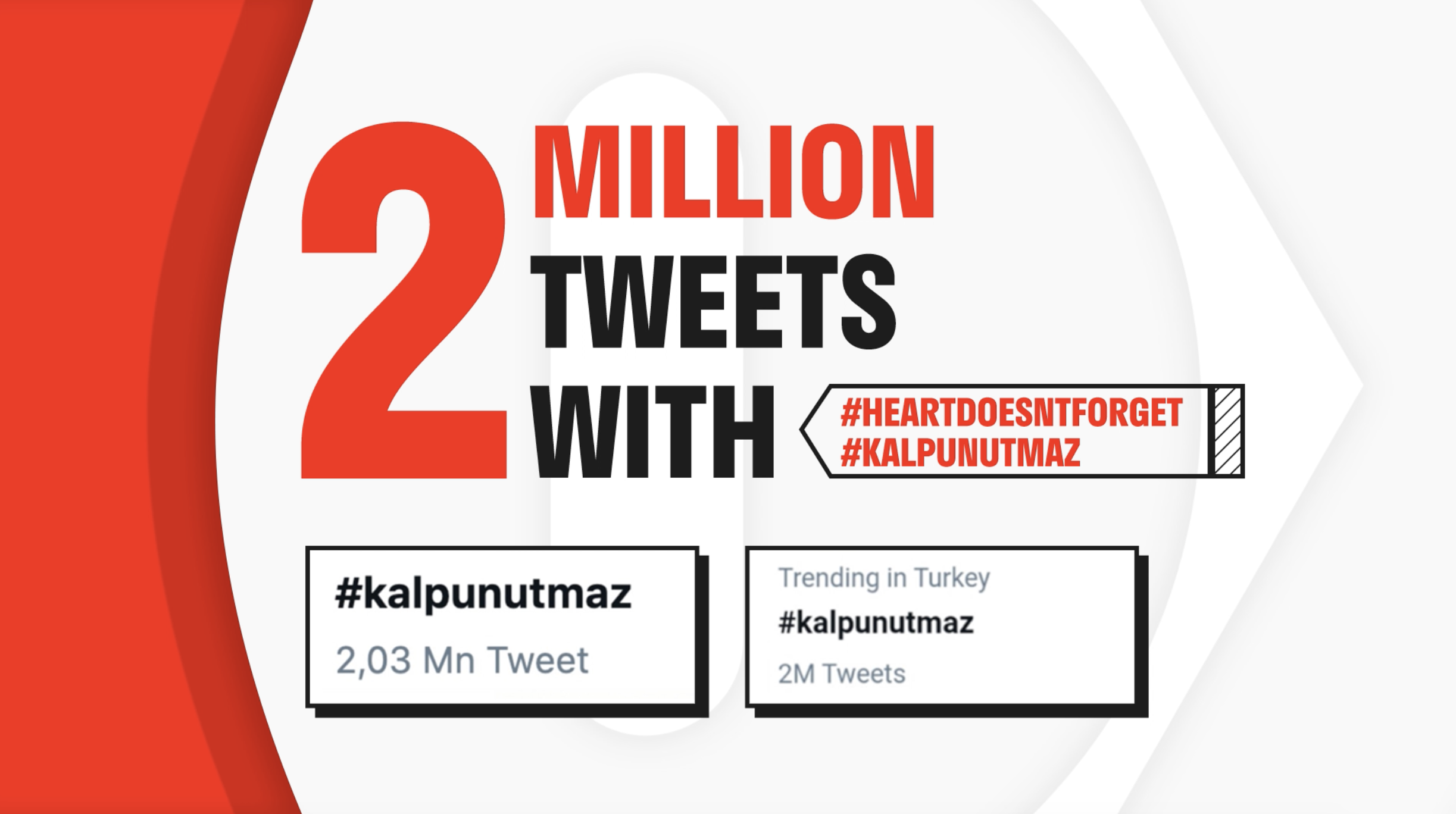