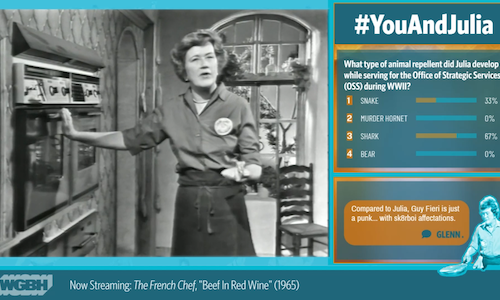 The early days of pandemic lockdown put a premium on virtual community, binge-worthy media and sourdough starters. For many, social media became the only way to connect; streaming old favorites provided an escape from a brutal news cycle; and developing new skills in the kitchen became a necessity for people who never imagined their favorite restaurants would suddenly close. In May 2020, GBH set out to give audiences an experience that spoke to the moment: a week-long, interactive watch party and celebration of culinary icon and public media pioneer Julia Child.

Over five afternoons, GBH sought to give long-time Julia Child fans and first-time viewers a 21st-century way to engage with her legacy, adapting traditional broadcast programming into an innovative, participatory format centering on the audience at home. Each day we streamed original episodes of The French Chef, rare footage of Julia in Provence, France from the GBH archive, and a series of digital shorts featuring celebrity chefs, to YouTube, Facebook, and Twitch.

Most importantly, we layered in live, interactive elements to transform this iconic content into something entirely new. Celebrity chefs and Julia experts watched along, providing insider commentary and answering questions from chat in real time. As the audience shared fond memories of Julia, they were displayed on screen. Live polls and meters let viewers work together to unlock exclusive GIFs from The French Chef. Our objective was to build community while bringing new life to a broadcast classic by inviting viewers into a conversation between #YouAndJulia.

In keeping with GBH’s strategic initiative to go beyond broadcast, the implementation of Julia Child Week was reflective of a public media powerhouse boldly navigating the pandemic media environment as it unfolded — nimble, scrappy, collaborative, and evolving in conversation with the audience throughout. The team behind Julia Child Week pulled off a completely remote, multi-platform live production on a tight timeline and budget, which paid off in the form of deep and meaningful engagement across platforms.

After a sudden transition to remote work in March, the team began considering new ways of leveraging archival content and established relationships. In this case, that included a library of beloved episodes of GBH original series The French Chef, reels of rare, behind-the-scenes footage of Julia Child, a series of digital shorts featuring celebrity chefs discussing their connection to Julia’s work, and a strong network of connections with Julia’s descendants in the food world.

We decided if we were going to pull from the archive, we should go beyond the one-way format of broadcast television and make a more dynamic event fit for the moment. Building on lessons from the best of interactive livestreams and watch parties, we developed an innovative approach designed to resonate with both Julia Child’s dedicated fan base and new digital-native audiences.

First, we built layouts that would accommodate an episode playing with a guest boxed in alongside it and created a workflow in Wirecast that allowed us to bring  guests on screen from their homes. Then we invited culinary experts including James Beard Award nominee Tiffani Faison, James Beard Award winner Joanne Chang, Yankee magazine food editor Amy Traverso, and co-author of Julia Child’s memoir, My Life in France, Alex Prud’homme to join the stream, watch along with episodes and respond to audience questions as they came in.

As experts went deep and provided valuable insights for long-time Julia fans, our strategy of incentivization and engagement through interactivity also brought in a new generation of viewers, most notably on Twitch. We used livestreaming software Hovercast to transform the show into a format familiar for digital-first audiences accustomed to being part of the content they consume. This included real-time comment display, where messages sent across platforms were displayed on screen; live trivia questions overlaid on the stream, which allowed viewers to enter responses in chat using hashtags and see results displayed in real time; and meters which asked the audience to chat to unlock exclusive GIFs of iconic French Chef moments, which they could also go download from Giphy.

With 278,000 organic views and 859,000 minutes watched, Julia Child proved once again there’s no one better at putting home chefs at ease. Twitch selected Julia Child Week from thousands of streams to feature on their front page for three of the five days, and Hungry - the top food streamer on Twitch with 193,000 followers - gave shout outs to the event on their stream. On Facebook it was cross-posted by PBS Food, the Julia Child Foundation, American Public Television and Create TV. News coverage of the show took off, with 828,000 page views and 1,460 shares of articles on sites including Southern Living, Kitchn and Boston.com. Ultimately, Julia Child Week did what only Julia could, bringing new viewers and old fans together in the kitchen, providing comfort and escape during an incredibly challenging time. 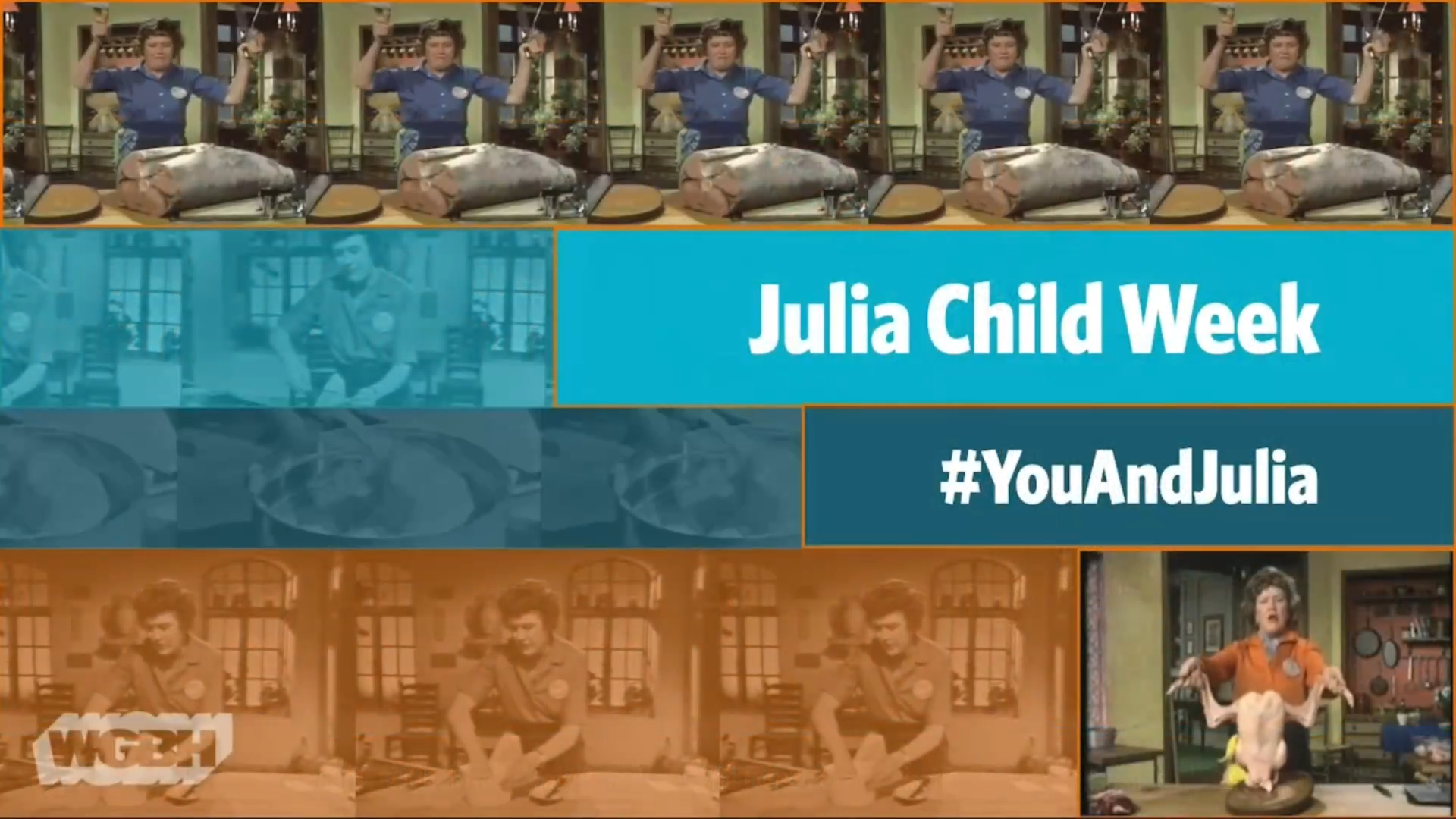 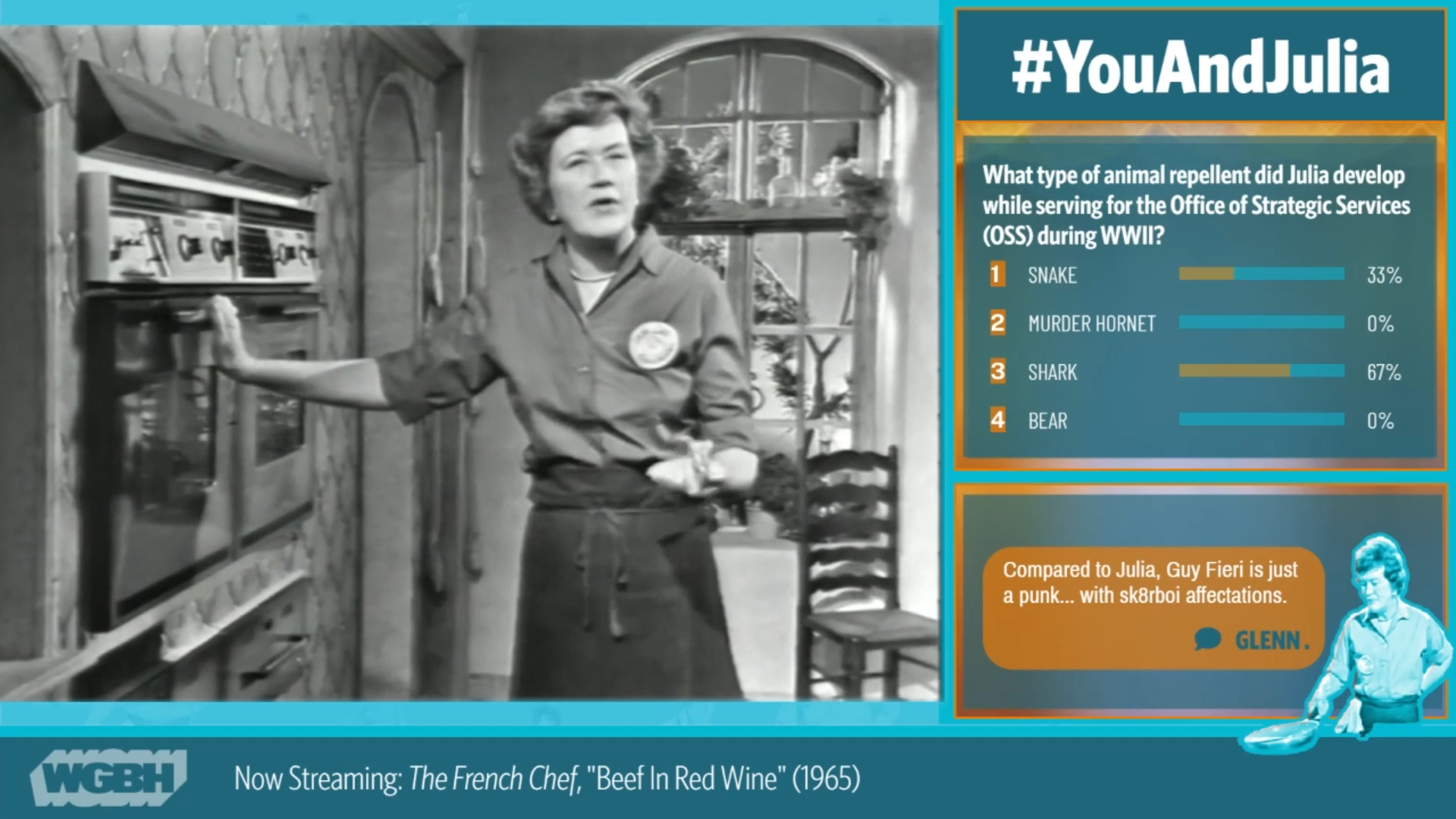 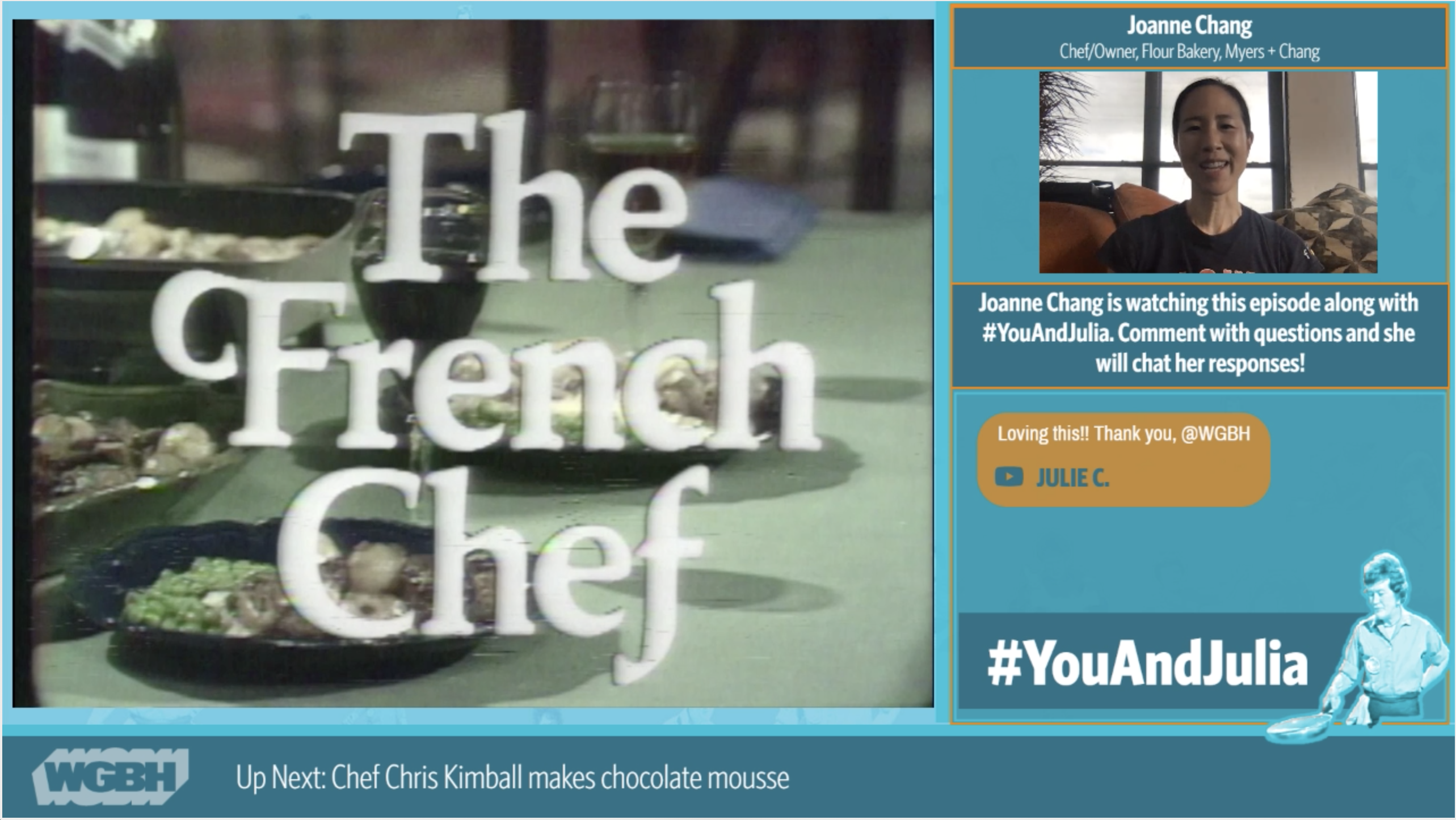