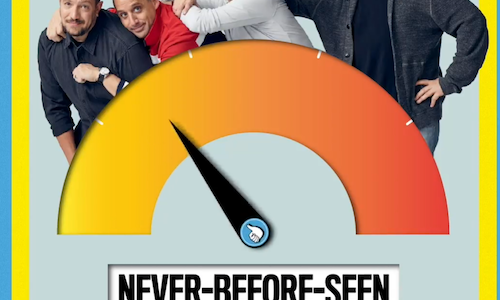 When Rocky Horror Picture Show leapt from obscure London musical to a US theatrical release in 1975, it bombed and was withdrawn from first 8 theaters. After six month hiatus, producers hoped for new interest from midnight screenings and colleges. These became a participatory sensation, and a cult following was born.

The folks at Funny or Die hoped the Impractical Jokers quirky magic would hold up when scaled to the big screen, and that TV fan interest would drive ticket sales.  The film was scheduled for a limited run and a small release to 360 screens in late February.  If the film proved successful, it might get gradually expanded distribution in March, a difficult month for film attendance.

The eighth season of Impractical Jokers launched at the end of January.  The 200th episode was premiering in February.  truTV and Funny or Die hoped to leverage TV series promotion to help drive interest in the limited theatrical release. The challenge was to cross-promote both messages, while maintaining a clear call to action.  The Jokers wanted to use the power of their fan’s enthusiasm and surprise the film’s distributors, earning a broad release, thus #breaktheboxoffice.

Building around the initial call to action (find an opening weekend theater), a series of social games and fan achievements that let fans participate and take pride in making opening weekend a success.  This 3 phase campaign started with a two week pre-sale push to reserve their tickets.  #BreaktheBoxOffice was a challenge for fans. Posting evidence of advance purchase unlocked additional fan achievements. Super fans were enrolled as Joker Ambassadors to promote opening weekend attendance.  Ambassadors organized their own Facebook communities and were provided merch, special access, and passes to local activations.

Opening Weekend activations and experiences sustained peak engagement.  Fans that went above and beyond became part of the fans’ selfie montage onscreen during the films’ pre-credits roll.

Spurred by our #BreakTheBoxOffice social campaign, Impractical Jokers: The Movie surprised industry analysts. Pulling in $2.6 Million opening weekend, the movie ranked 11th nationwide, despite only being shown in 357 theatres. That $7,302 per screen average grew to $7,742 per screen by the end of its first week run, the best box office mark of any movie that week.

After toppling the blockbusters, Impractical Jokers: The Movie earned an expanded release to 1,543 additional theatres, where its domestic gross ballooned to $3.6M during its second week, aided by fans celebrating the success of the first week’s “broken” box office.

The #BreakTheBoxOffice hashtag proved integral to the film’s success, garnering the #1 term in all social conversations around Impractical Jokers: The Movie.  With 82% of those conversations expressing positive sentiment, fans translated our urgent social call for action into empirical enthusiasm around the film’s release. #BreakTheBoxOffice powered 2.3M Engagements driving a remarkable 327,000 clicks to ticket orders. 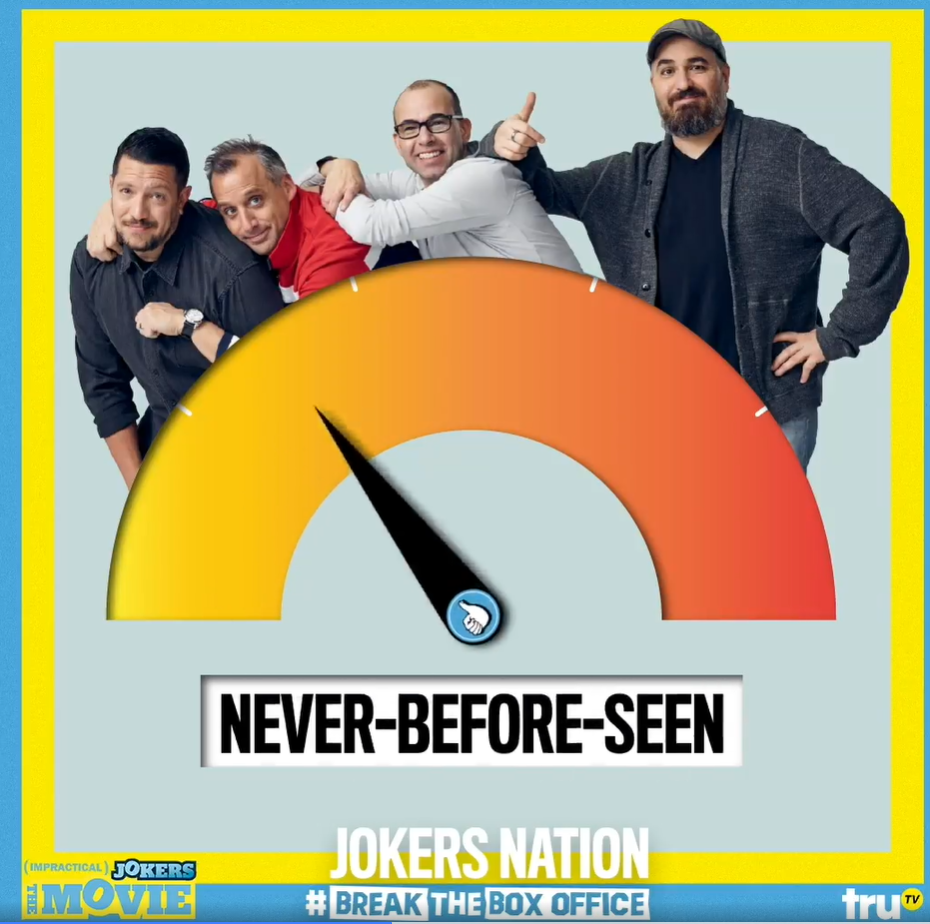