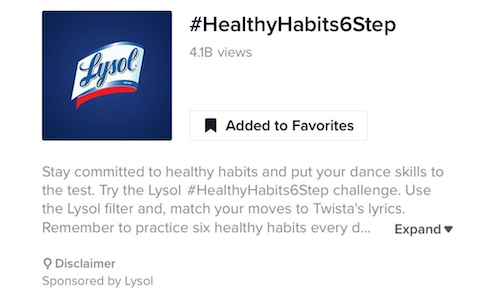 #HealthyHabits6Step Destroys Benchmarks with 4B Views!

Lysol’s brand purpose is to keep families illness free. Always important, but perhaps this year more so than ever before! Our goal was to illustrate to consumers Lysol’s commitment to keeping families healthy, but do it without product, as lack of availability was leading to negative sentiment on social.

As demand for Lysol products outpaced supply during COVID-19, consumers expressed frustration on social media regarding the products' limited availability in stores and online. Making matters worse, the brand had to defend against misrepresentation of usage regarding ingesting disinfectants in the press. Lysol had to educate and inform the public quickly, and at mass scale.

The challenge was clear – how do we lift brand awareness and preference, reinforce that Lysol keeps families illness free and combat negative misinformation without showing or using the actual product?

We wanted to execute this in a way that was fun, grabbed attention and allowed for levity in what had become a very grim year. As the latest social media platform sparking engagement, conversation and PR, TikTok was identified as the platform to do this. TikTok influencers were making sunny, fun content and the platform’s inherent positivity was in line with Lysol’s brand voice. TikTok was also proving itself to be an insurgent platform as people were bored at home and usage on the platform skyrocketed.

We knew that success on the platform meant understanding its trends so the creative execution would become viral and successful. Working in concert with TikTok, we developed the #HealthyHabits6Step, unveiling a custom song from Grammy-nominated rapper Twista, TikTok platform takeovers, and influencers specifically selected to take the campaign into the stratosphere.

The #HealthyHabits6Step consisted of Twista’s custom rap, coupled with a TikTok-branded effect, a filter activated by a user’s gesture.

Zenith strategically launched the content as a top-view takeover by Keara Wilson, the highest-profile choreographer of the group. This allowed us to own the featured content users saw when opening the app. Subsequent videos were launched as a “moving down the mountain cadence”, in which we launched content by the talent with the highest follower numbers, moving down the line accordingly.

For the initial launch, Keara created the ‘hero’ choreography that the other talent would follow: a '6-step dance' that aligned to the individual six steps recommended by the CDC to protect from COVID-19. We then worked with the subsequent talent to replicate the dance with their own spin, with the goal of driving sustained user engagement and video views. This strategy supported our objective of lifting brand awareness and driving positive brand perception for Lysol in the face of the negative press the brand was experiencing at the time.

Zenith negotiated added value with TikTok to secure an additional three creators, bringing the total to seven. Our talent was chosen for their follower size, engagement and dance ability. They were each briefed, asked to take Keara’s 6-step dance and then replicate it with their own flair. By doing this, we were leaning in to TikTok’s dance trend and encouraging the #HealthyHabits6Step to gain traction and virility on the platform. As an example, Keara’s modern hip hop take was given its own rendition by Matt’s b-boy style, Isabella’s ballet style, and Wesley’s cheerleading style.

Despite not featuring the product, the #HealthyHabits6StepChallenge delivered massively, with: 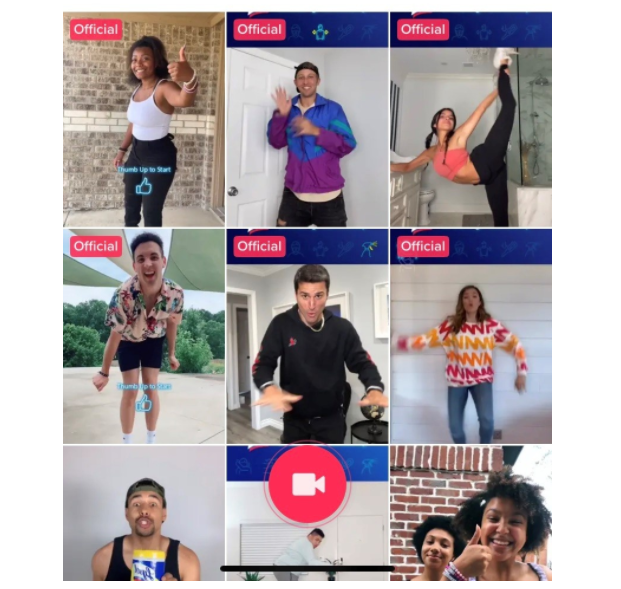 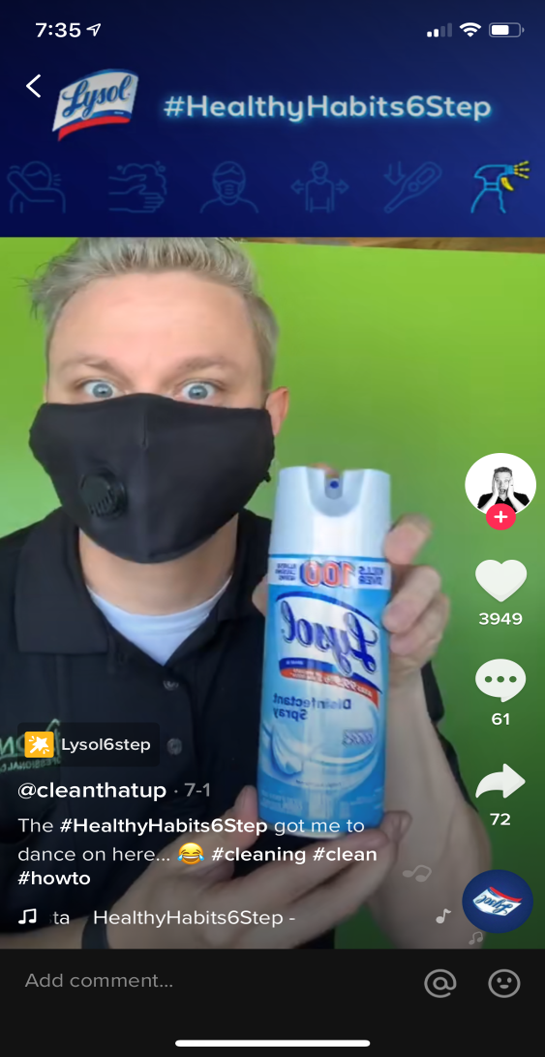