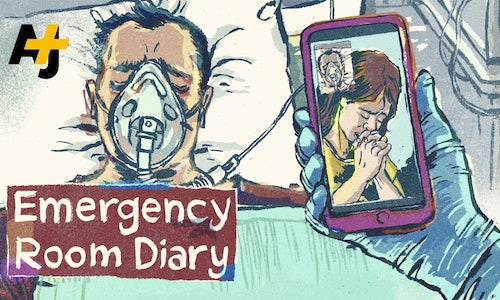 He Survived Ebola. Now This Doctor Is Battling Coronavirus

At the start of the pandemic, we were looking for ways to bring the seriousness of the situation to the attention of our audiences. But we were struggling with access to hospitals due to concerns around patient safety and privacy. What's more, generic images of hospital wards seemed impersonal. So, as news stories spoke of the rising case numbers and death toll, we wanted to find a way to get up close and personal - to convey the emotional reality of COVID.

When one of our producers read a powerful Twitter thread from Dr. Craig Spencer depicting 24 hours as an ER doctor, we immediately thought it could lend itself to animation. We wanted to create a piece of journalism that would inform, but also get to the heart of the story, showing the human impact of the pandemic — from doctors working arduous shifts with no respite, to the patients saying goodbye to loved ones over FaceTime.

Through the power of Dr. Spencer's words and beautiful animated imagery depicting his daily reality, we created one of the first animated films about the COVID crisis. We hoped that, by telling his story, we would increase awareness of the pandemic's toll, particularly on frontline workers. The use of the animated format also ensured that we were able to reversion the piece into many different languages to create something that has become truly global in its reach.

“There is a cacophony of coughing. You stop. Mask up. Walk in.”
Our strategy was to find an original and innovative way to tell the harrowing personal stories of COVID patients and the frontline workers trying to protect them.

This beautifully animated film gives a heartbreaking account of a day in the life of an ER doctor, Craig Spencer, working on the COVID-19 frontline in New York City. Dr. Spencer fought and survived Ebola, which he contracted in West Africa while working with Doctors Without Borders. When COVID-19 hit New York City, he saw a new crisis erupting and took to social media to document the tragedy unfolding in his emergency room.

Emotionally gripping, visually rich, personal and clear, his powerful writing reached out to people and invited them to walk in his shoes. AJ+ collaborated with Dr. Spencer to distill several of his Twitter threads into a single narrative. We then collaborated with teams across four time zones to storyboard, illustrate and animate one of the first pieces of animated visual art to emerge from the pandemic.

Animation allowed us to access the most intimate, emotional side of this crisis in a new way. People had heard of families saying farewell to loved ones over FaceTime, but had not really seen it. Even when journalists managed to secure access to a hospital, they were unable to get too close, and emotions were hidden under masks. This threatened to seriously limit the public’s ability to see and understand the virus’s toll. Illustration allowed us to get as close as we needed without having to film in hospitals, put others at risk, distract health care workers or use up valuable PPE. The use of animation, therefore, served to illustrate the heartache and chaos that was taking place away from the glare of TV cameras.

The failure of national and local governments to lead public health campaigns to raise awareness of the severity of the pandemic – and the reasoning behind public health measures – meant the responsibility of bearing witness and communicating to the public largely fell to individual health care workers, like Dr. Spencer. And COVID has not only been like an actual war with a grisly death toll, it has also been an information war in which partisanship has been weaponized against the public interest. Many doctors, nurses and frontline workers took to Twitter and other social media to share the reality of the unfolding crisis, which is where we found Dr. Spencer.

Animation let us expand the public’s understanding of how the pandemic was affecting people in ERs and ICUs, and help make sense of why masks, ventilation and social distancing should be taken so seriously.

This film has had a huge impact globally: So far it has been viewed more than 20 million times and shared 324,479 times across YouTube, Facebook, Twitter, and Instagram. We worked with our sister channels to translate it into French, Spanish and Arabic. We also partnered with The Intercept in Brasil to put out a Portuguese version and are current working with Medecins Sans Frontieres to put out a Finnish version.

We believe the film's success is due to the public being simultaneously starved of images from the frontlines and fatigued by the same impersonal ER shots with PPE obscuring emotional reactions. As a result, this film has also served as an important piece of public service journalism, depicting the intimate details of an ER doctor's firsthand, lived experience in a close-up way that is unique to the format.

Our film touched a nerve and has gone viral multiple times in the past seven months. It has been shared by many high-profile figures, including President Biden’s chief of staff, Ron Klain; WHO chief, Tedros Adhanom; former CDC head, Dr. Tom Frieden; former head of Medicare and Medicaid, Andy Slavitt; the current and former heads of MSF; the Ways & Means Committee; as well as celebrities such as Chef André and Ricky Martin. It was picked up and covered multiple times by CNN, All In with Chris Hayes and the Washington Post, among others.

Video for He Survived Ebola. Now This Doctor Is Battling Coronavirus 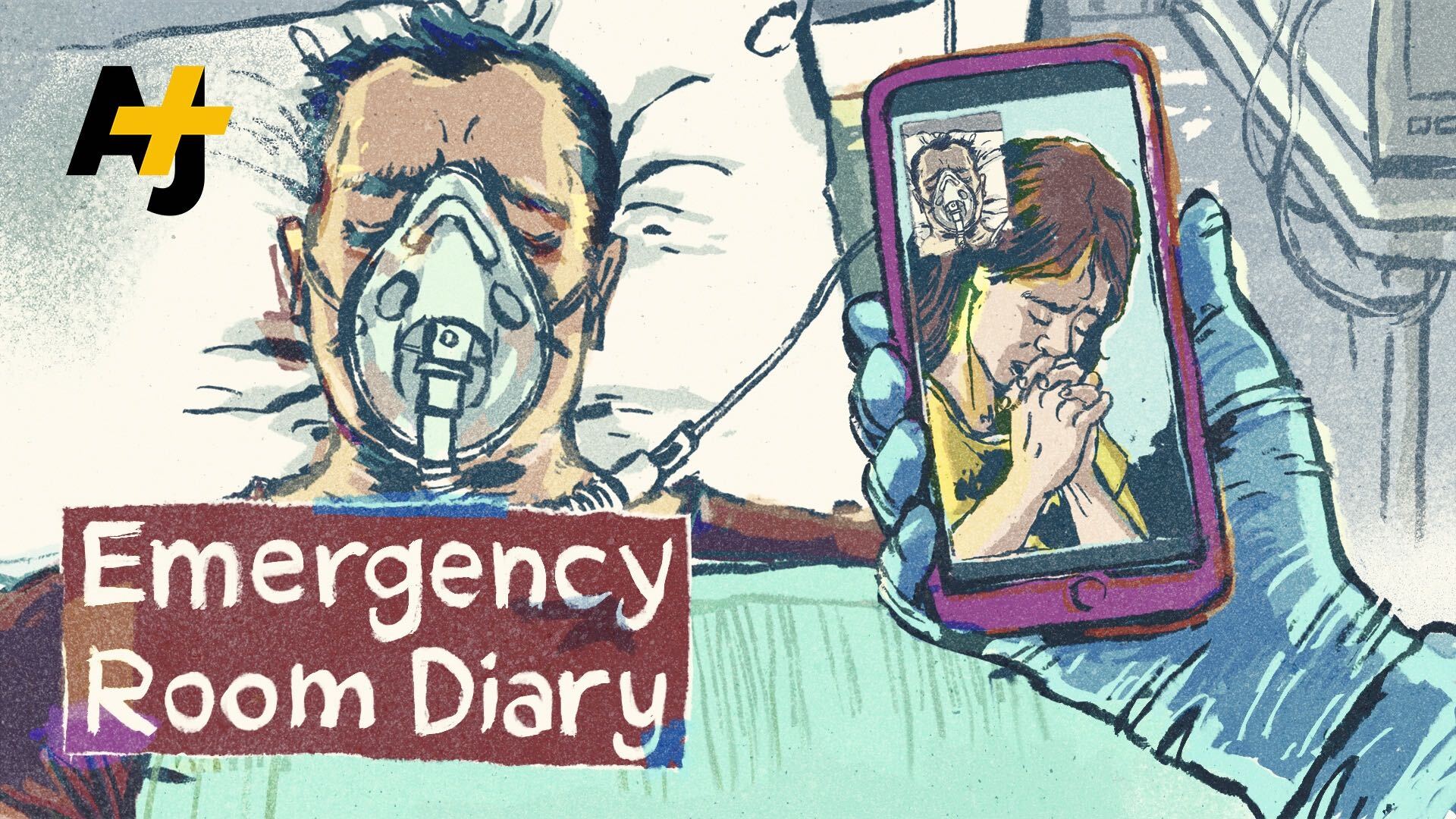