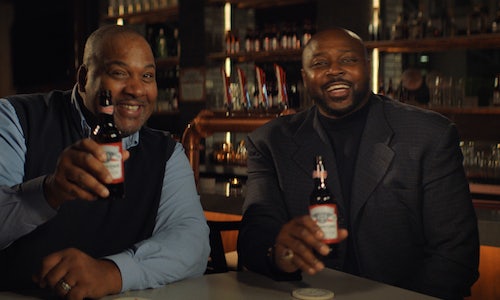 Having a Bud With

Over 15 years of their partnership, the Chicago Bulls and Budweiser have developed strong synergies in both their respective brand missions and approaches to content. With Budweiser leaning into their tagline, “Legendary Lager for Legendary Moments” and the Bulls looking to deliver legendary experiences to their fans through differentiated content, the two brands consistently collaborate to develop unique content ideas each season.

One of Budweiser’s key partnership objectives this year was to drive engagement with an emphasis on brand relevancy and connecting with fans. Secondarily, Budweiser also outlined two priority products – they brought back a vintage beer can design and released Budweiser Nitro Gold – and aimed to promote those two products through the partnership content series.

Tapping into the Bulls’ history and Budweiser’s overarching theme of nostalgia, the team revisited their Championship years to deliver a differentiated content series for their fans while naturally integrating Budweiser and their objectives. Who more suited to tell the story of those legendary moments than the former Bulls players who lived them?

To start, the Bulls relied on a common social norm – the best stories are told in casual conversations between old friends, often over a beer at a local bar. The team created a local bar scene in the United Center, setting up a casual environment for Bulls legends including former teammates, Horace Grant, Bill Wennington, Stacey King, and Toni Kukoc, as well as team photographer Bill Smith, to reminisce over a Budweiser. BullsTV, the Bulls’ in-house production group, interviewed the former teammates about those Championship teams and the photographer behind the lens of them all, giving fans a look behind the curtain at some of the most legendary moments in sports.

The team integrated both priority products naturally throughout the series. Each legend had a Budweiser in the new throwback can in hand when they reminisced together. Separately, to promote the brand’s new Budweiser Nitro Gold lager, which launched with a unique three-step-pouring ritual, the team produced four individual segments for the series focused on each former players’ pre-game rituals.

With driving engagement being Budweiser’s main partnership objective, the Bulls strategically released the series across their digital channels around ESPN’s The Last Dance to deliver even further on brand relevancy and real time engagement. The series, posted across the team’s social and digital channels, generated 25M impressions, 4.5M video views and 600K engagements. The series proved to offer fans never-before-been-told stories and unique content they were seeking and delivered on Budweiser’s partnership objectives.

Video for Having a Bud With