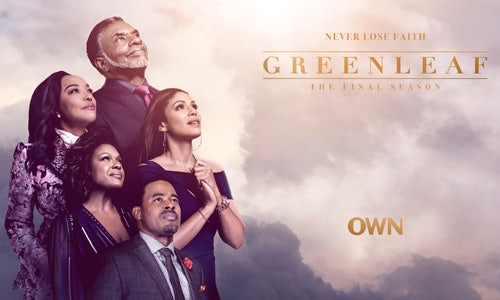 Greenleaf was OWN’s first scripted series and since its launch in 2016, it has consistently been one of OWN's hightest-rated and most social series, focused on the church, family, and the secrets that lie beneath. In June 2020, OWN was launching the fifth and final season. Our social strategy was to provide the fan favorite series with the homegoing celebration it deserved while being the shoulder for fans to cry on...to be right alongside those who had been on this journey since day one with the Greenleaf family. We leaned into our primary social platforms and re-activated our built-in audiences with uplifting and engaging content in ways we hadn't before - going above and beyond the standard, all while in the constraints of working in and promoting to an audience during a global pandemic.

With the series off-screen for almost a year, we needed to reignite excitement amongst our loyal fanbase and remind them of the reasons why they loved the show. At the same time, we wanted to expand our audience to new OWN viewers: Greenleaf had acquired new fans who had recently discovered the series since being available on streaming services, but had not watched yet on OWN. Our campaign goal was to activate these fans and make this the biggest, most social season of Greenleaf yet.

We weren’t without our challenges!OWN was ending a fan-favorite series in the middle of a global pandemic and amidst national civil unrest. With tightening budgets we couldn’t rely on paid media in the same ways as previous seasons to target our viewers. Because of this, social media became the primary source of reach and awareness for the campaign, relying on the team to create, engage and influence the audience. With a small but mighty group, we juggled developing strategy, creating and managing content, and implementing tactics that would break through the noise of the social media world around us to provide hope and something for our audiences to look forward to. On top of this, we still had to let our fans know that amidst all the chaos in the throes of 2020, this would be the final season of their beloved series - and we didn’t want to break their hearts!

In order to do so, we needed to be disruptive and creative in a world of COVID-19 and rapidly changing news cycles in the social space. We aimed to create powerful and scroll-stopping content, leaning into characters and storylines that would engage the long-time viewers by amplifying the nostalgia of the series...all while showcasing the drama of the final season.

Our goal was to make this the biggest most talked about season of Greenleaf yet, and we delivered! Greenleaf social content garnered over 90 million impressions and over 31.1 million video views across all Season 5 content.

#Greenleaf was a top Twitter trend EVERY WEEK in the U.S. throughout season 5 - landing in the #1 or #2 spot weekly.

Social interactions increased by +256% from season premiere to season finale, AND increased from season-over-season by +158%.

With an average of 79k social interactions per episode, season five of Greenleaf was the MOST SOCIAL season of Greenleaf, ever! 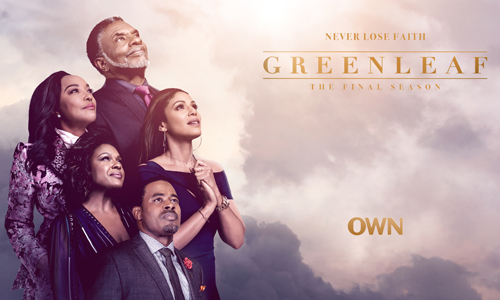