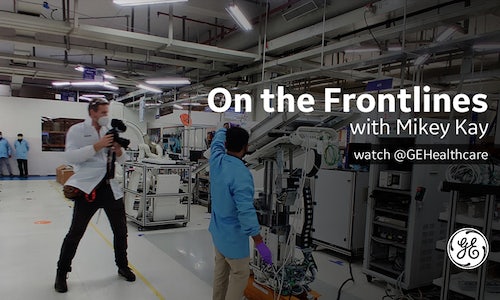 When COVID-19 began to receive international attention in early 2020, surveys of online conversations showed an abundance of dread and negative information. While the world worried about the uncertainty of the virus, GE Healthcare was at work leveraging their resources as a $17B+ leading global medical technology innovator to make a difference in people’s lives.

As global cases surged and the news cycle turned darker, a small and agile team inside GE Healthcare rapidly mobilized to launch a counter-narrative of courage, kindness, and innovation—the values that were authentic to their brand. As an equipment provider to frontline healthcare workers, GE Healthcare was uniquely positioned to access these stories and share them with the world.

Within 48 hours, GE Healthcare boldly sent a correspondent into the eye of the pandemic. Filmmaker Mikey Kay leveraged his extensive crisis and global filmmaking experience to venture into the world just as it was shutting down. Initially living in and working from an RV for six weeks, Mikey drove across the United States (and later traveled through Europe) to meet the people who were working around the clock, and the globe, to help address this historical moment in time.

Using handheld cameras and conducting unscripted interviews that were both in-person and virtual, Mikey Kay covered stories of strategic significance to the company and their wide expanse of stakeholders. The stories were human-centered, informative, optimistic, purposeful, and candid. They featured innovative problem solving, courage, and honest perspectives by the men and women of the healthcare industry.

Like a real-time on the ground reporter, he garnered a series of firsts in the interviews and shots he was able to share with the world. For example, Mikey interviewed the lead radiologist at Mountain Thunder God Hospital in Wuhan, China to learn how the hospital and the city treated the world’s first COVID-19 patients and how the city grappled with the onset of the deadly virus. Additionally, he was one of few reporters able to access ventilator production lines in the early days of the pandemic. There, he showed how desk workers were helping to staff the production lines of one ventilator factory, and how the ventilators were fascinatingly shrink-wrapped and shipped around the world. He then traveled to the company’s partner, an automaker in Michigan, to see how they had converted one of their vehicle manufacturing plants to accelerate and scale ventilator production.

The short, unscripted, handheld videos were filmed, hosted and edited by Mikey Kay. Mikey was supported in the field remotely by the company’s agile “war room” production crew, brought together for the first time just days before Mikey was deployed. Together, the team turned around videos in as little as 3 days from filming to post-production to flight, a speed unheard of for a major brand in a highly regulated industry.

The stories featured real-life characters: the company’s own employees working tirelessly to build and ship life-saving technology, the service workers risking their lives to deliver that technology into pandemic hotspots, and the true heroes: frontline doctors and nurses.

Very little post-production was applied to the videos. Characters were interviewed in their own authentic environments at work or at home, often in the middle of a long day or late night, with their exhaustion and emotions captured on screen. The virtual videos were filmed from Mikey’s RV, with sometimes patchy connections. The authenticity and rawness of the videos was intentional, helping to demonstrate the rapidly evolving situation, the challenging environment, and the real people addressing it.

It cannot be overstated how much of a risk GE Healthcare took in deciding to run this initiative. Already facing negative reputational headwinds, the company chose to send a correspondent into a pandemic when the impact of the disease was not fully known, nor were the means of transmission. They also didn’t know how social media would react, with a risk that it could turn against the company.

Nevertheless, the company believed it was the right thing to do—and because of the courage and commitment of a small team of storytellers, the project launched.

Within three weeks, the stories became the company’s best performing brand campaign ever. Producing 42 videos in 42 days in the US from an RV (Season 1), and later 20 videos in Europe (Season 2), the campaign dominated share of voice and drove unprecedented levels of engagement.

Moved the Needle on Employee Sentiment

Following the success of Season 1, the company branded the series On the Frontlines and is expanding beyond the themes of COVID-19, as well as pursuing a paid media partnership with CNN International. 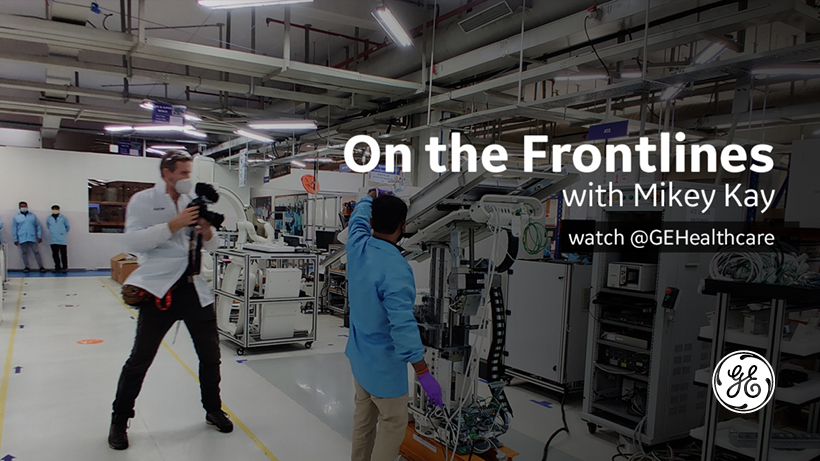