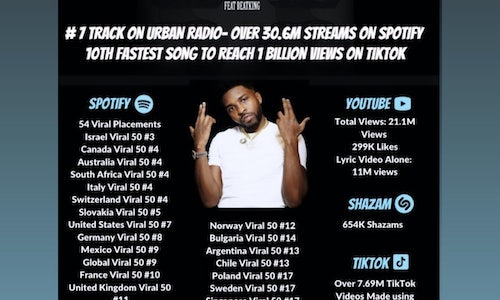 DJ Chose is a Hip Hop producer signed to Flighthouse’s parent company, Create Music Group. Instead of producing for someone else, he wanted to release his own track. He created the song THICK, and utilized Flighthouse Media for a marketing campaign. They specifically focused on TikTok, knowing how big of an impact the app has on music streams and sales. The objective for this campaign was to create a name for DJ Chose beyond producing, and to create virality using social media trends.

Flighthouse hired a content creator KARA (@karaleighcannella) with 311.6K followers on TikTok to create a dance to THICK. The dance became viral and the sound quickly did too. The sound eventually became so popular that TikTok users created their own dances and trends to it. Flighthouse then decided to create TikTok remixes of the sound, which prompted DJ Chose to release an official remix with Meg Thee Stallion. Flighthouse continued to utilize this new version, creating another different dance trend with Meg’s part.

The song totaled over 7.7 Million TikTok videos using the sound, 3.86 Billion Views and 504 Million total likes on TikTok. It is the 10th fastest song ever to reach 1 Billion views. The TikTok virality transferred over to Shazam and YouTube where it acquired 654K Shazam searches, and 21.1 Million views on YouTube. THICK also secured 54 viral placements on Spotify as well as being the #1 track on Urban Radio with 30.6 Million streams. 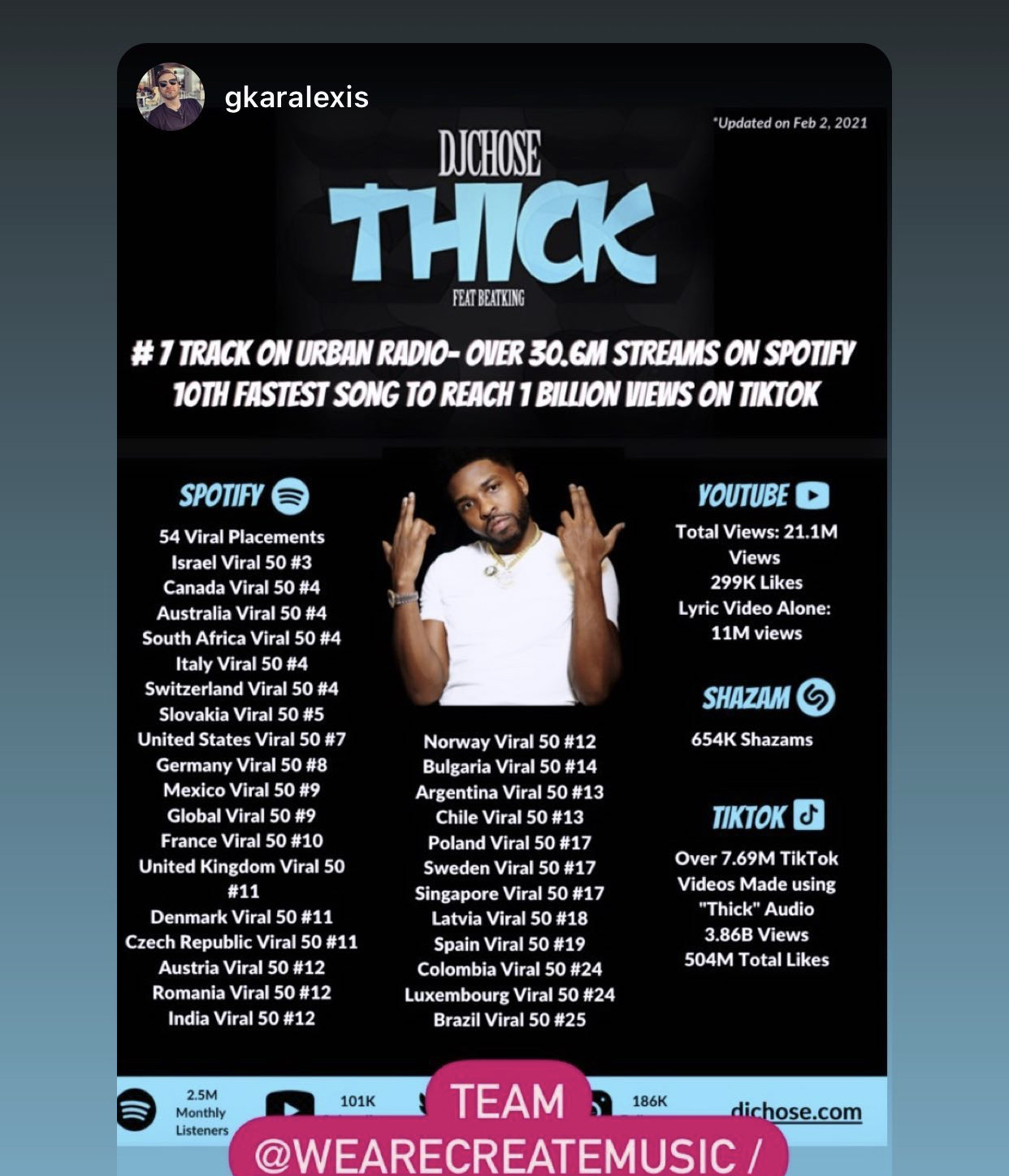