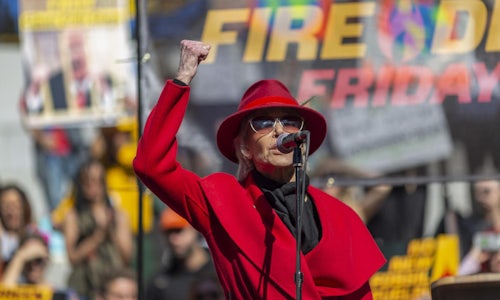 Greenpeace and Jane Fonda want the same thing: a just transition to a green and peaceful future without fossil fuels.

This future is very much possible, but it can only be achieved through an organized, multi-generational movement comprised of informed people who demand swift climate action from our political leaders.

At Greenpeace we work toward this goal by organizing people, taking nonviolent direct action, and supporting those who are on the frontlines of the climate crisis. Yet our greatest challenge is reaching people beyond our usual audience, people who don’t identify themselves as activists (yet!).

Jane Fonda is no stranger to fighting the climate crisis, but after youth activist Greta Thunberg challenged everyone to behave like their “house is on fire,” Jane wanted to do more and have greater impact. She especially wanted to increase numbers of older folks within the climate movement.

Greenpeace and Fonda’s partnership has been a close collaboration from the start. We recognized our compatible skill sets and resources and knew that our best chance at success is to combine them.

We created Fire Drill Fridays with the following goals:

Our guiding principle is that Jane Fonda is the entryway to the movement, but not the final destination.

We launched a live Fire Drill Fridays web series in April of 2020, hosted by Fonda. Eeach week the show opens and closes with her, but the rest of the episode focuses on people impacted by - and fighting against - the worst effects of the climate crisis. Jane also speaks with climate experts, politicians who grasp the importance of taking bold action, and celebrities who devote their time to these issues.

Since its launch in 2020, Jane has hosted a staggering 44 FDF episodes and introduced its audience to more than 80 guests ranging from Rep. Alexandria Ocasio-Cortez, to the Founder of GreenLatinos Mark Magaña, and Sum of Us author Heather McGhee.

Jane's friends also join at times to help out. Lily Tomlin appeared in a hilarious sketch to demonstrate how to call your congressperson, Brazilian actress Alice Braga discussed the connection between the climate crisis and the industrial food system, and Joan Baez performed a civil rights song from her kitchen.

What makes FDF truly unique is that our audience isn’t simply passively watching the show. We also give them multiple ways to take meaningful action - from signing petitions and calling their representatives, to getting out the vote in the 2020 election and sharing creative protest signs.

Another crucial component of Fire Drill Fridays is our philosophy to meet audiences where they currently are. Jane’s weekly live show is simulcast to Facebook (multiple pages via crossposts), YouTube, Twitter, Twitch, and in a Zoom webinar where her most devoted fans get a behind-the-scenes experience and a communal chat. After the live broadcast, the show is also shared on Instagram and SiriusXM to reach the most people possible.

We are constantly experimenting with the format, like using poetry and storytelling to de-politicize a specific issue, which is especially important given the currently vitriolic political environment.

We use on-screen and in-chat polls during the broadcasts and then build viewer feedback into future shows.

The flexibilty we have built into the process allows Jane to relate the intersections of different movements, such as pivoting to talk about race after George Floyd was murdered.

In addition to the show itself, Jane also creates original TikTok promo videos. She leveraged her iconic workout videos and the movie 9 to 5 to promote the campaign.

Fonda also shares FDF content on all of her personal social channels, talks about it during interviews, wrote a book about the climate fight, and even brought her iconic red FDF coat onstage at the 2020 Oscars when she presented the Best Picture Oscar. We've also created custom Fire Drill Fridays-branded GIFs on GIPHY.

We hoped that by creating a campaign with an iconic yet relatable host and diverse content released on a consistent schedule in many locations, we could reach new audiences who will take action with us.

Fire Drill Fridays succeeded beyond all our expectations. Each episode receives hundreds of thousands of views across platforms, totalling more than 8.5 million total views, many times more than our climate content typically receives.

More importantly, 23,876 people have currently signed up for the FDF volunteer program. Over 20,000 volunteers contacted more than 4 million voters in the 2020 general election to remind people to consider climate issues while voting. Our volunteers come from all 50 states and Puerto Rico.

We were especially successful in reaching and engaging older folks. Most of our volunteers are between the ages of 50 and 70, with the oldest being an 80 year old woman in South Dakota. This especially exceptional for a texting campaign.

The campaign has had dozens of tier one media hits - everything from the New York Times to Vogue to Rolling Stone andThe Ellen DeGeneres Show and Late Night with Stephen Colbert.

We’ve had innumerable positive comments from viewers saying that the show has helped them understand why we’re fighting and how we can win, as well as concepts they were previously unfamiliar with, such as environmental racism.

Their feedback tells us that while many people first tune in for Jane, they stay because of the community. 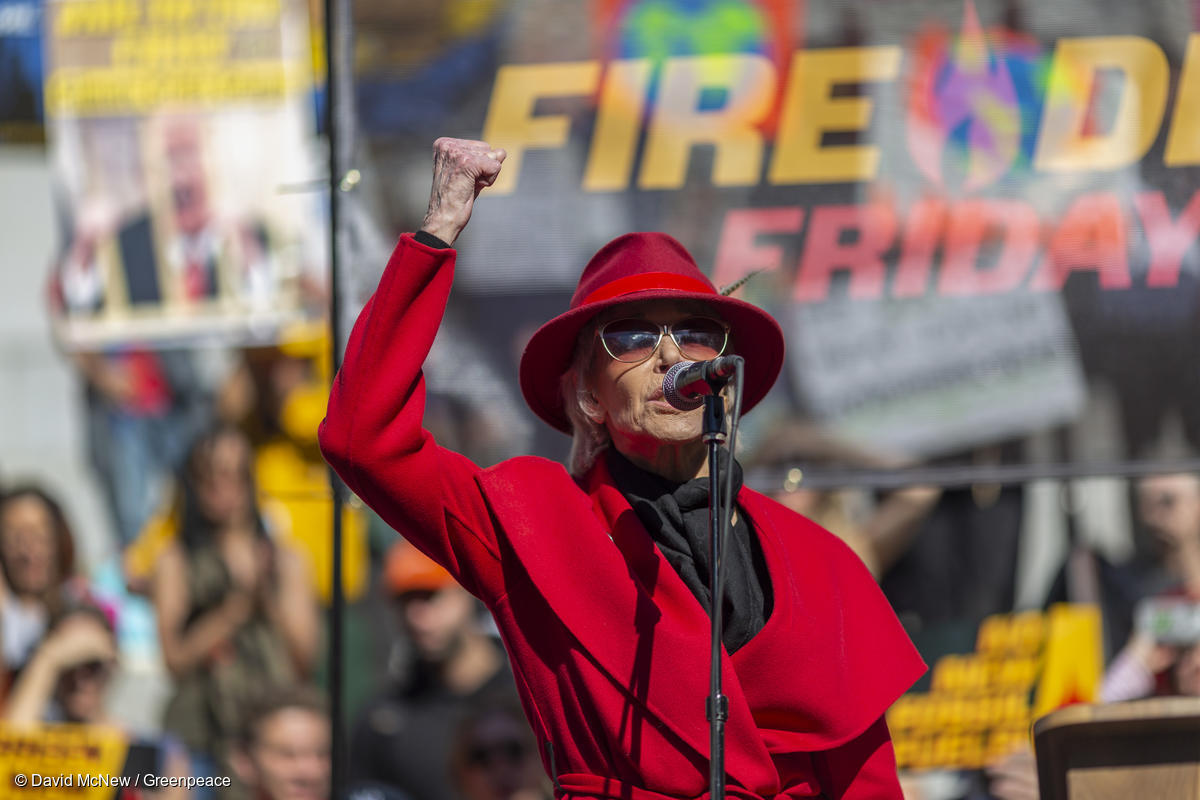 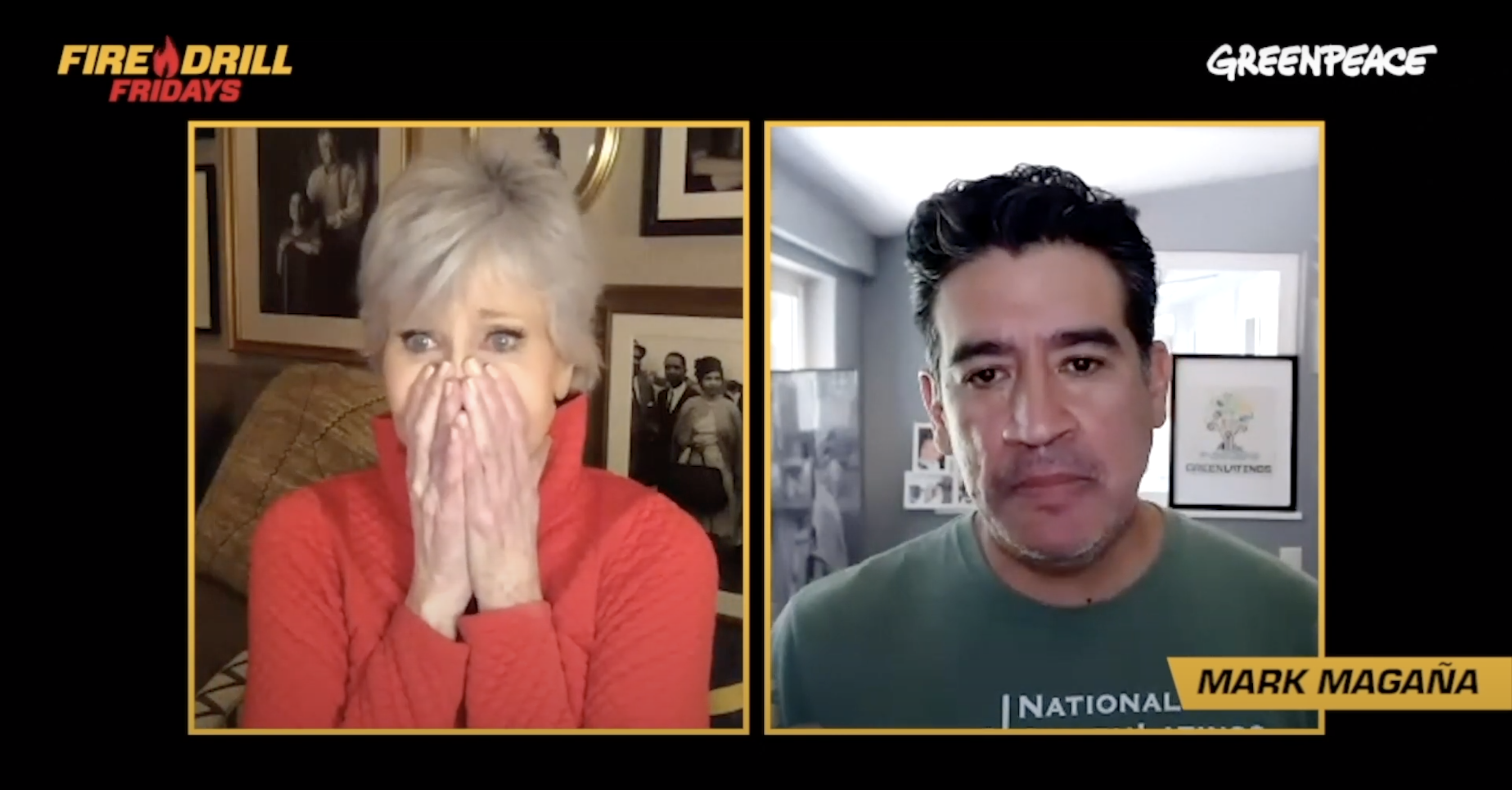 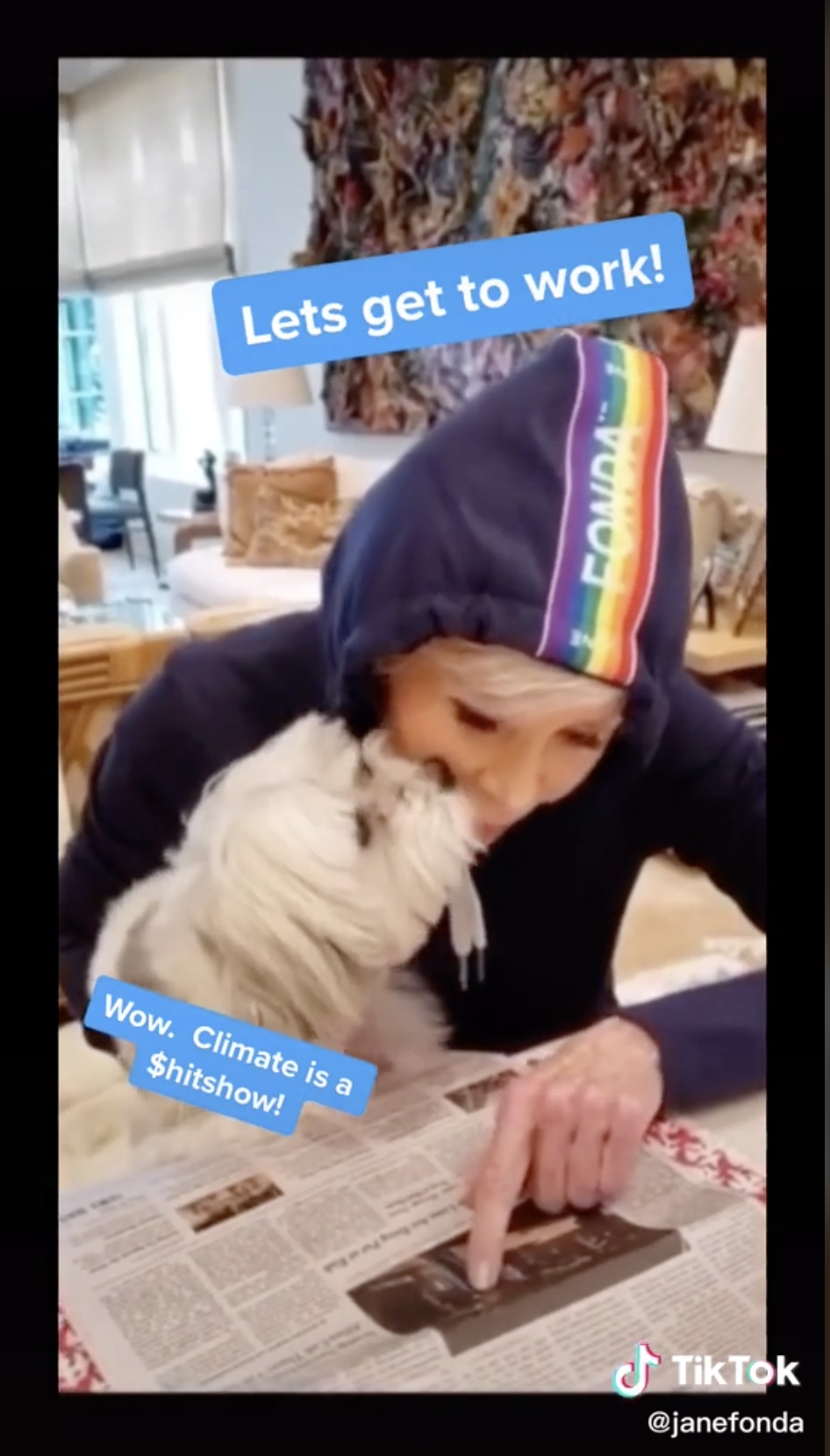 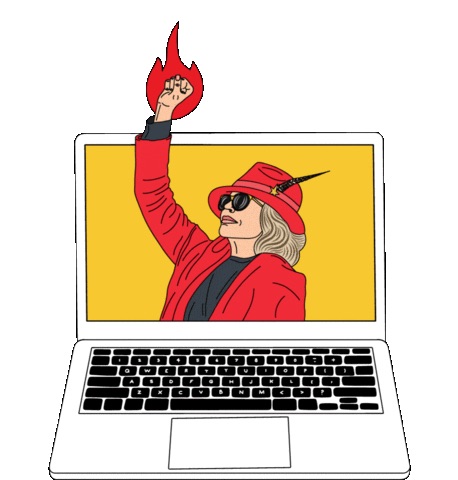 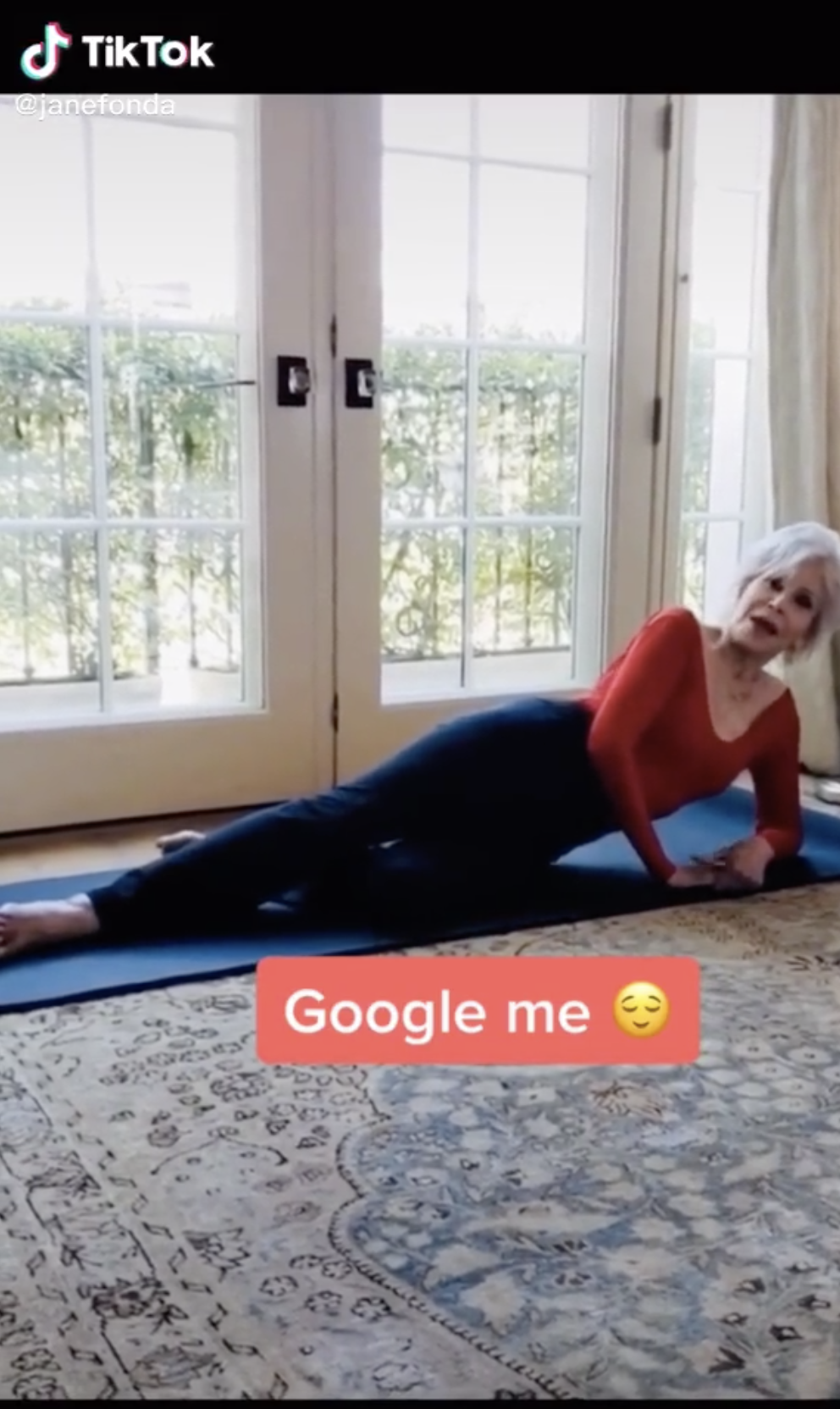 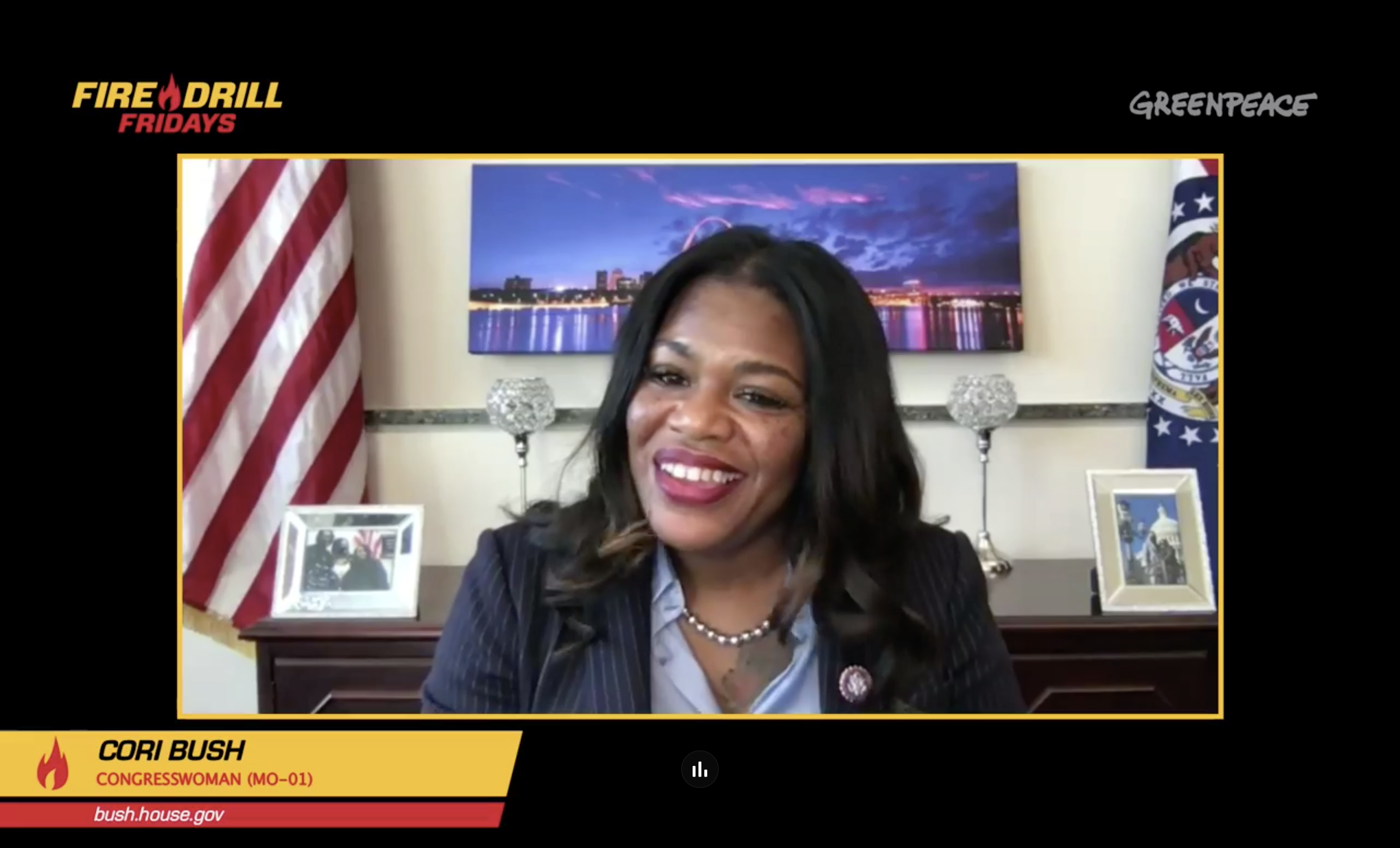 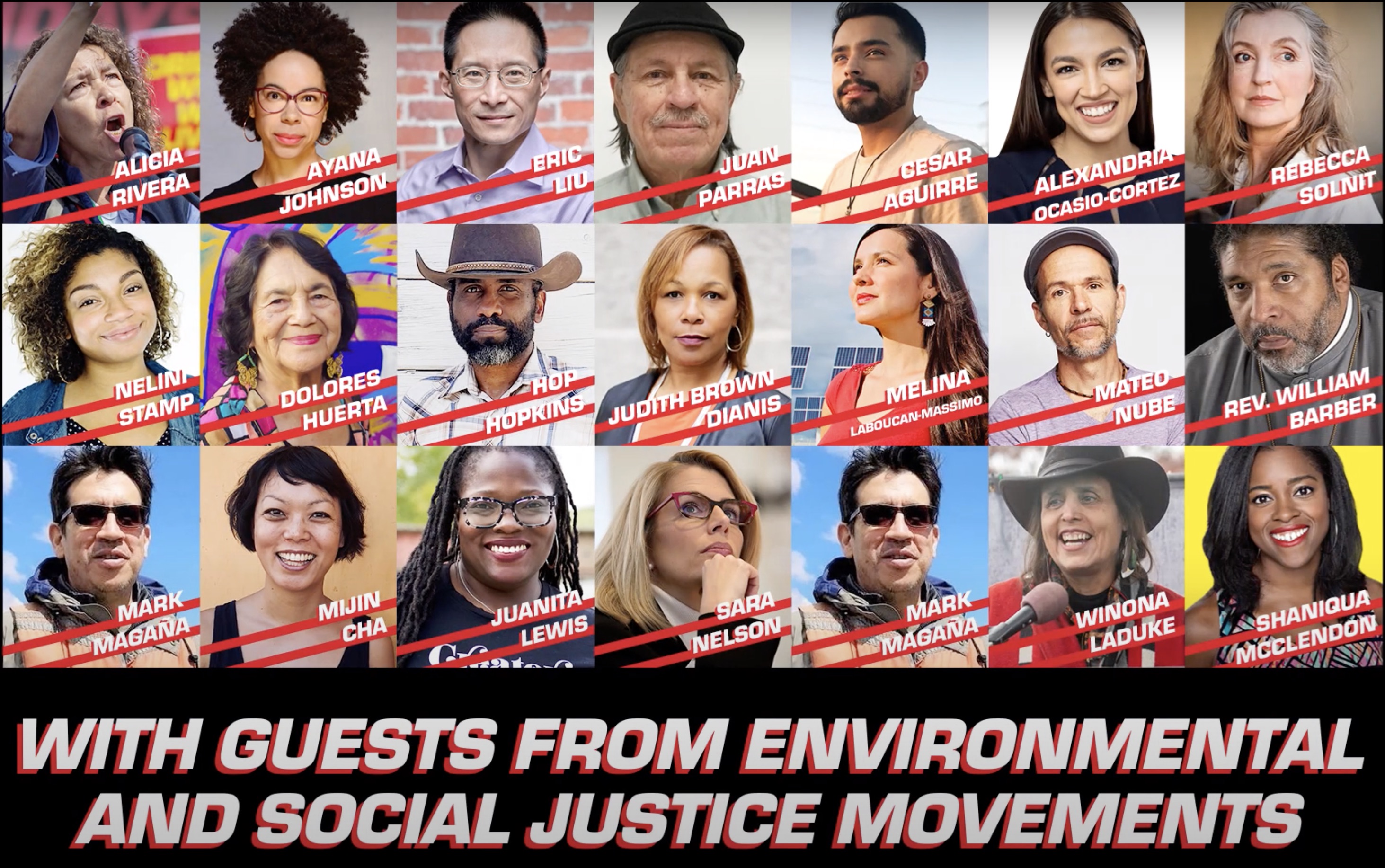 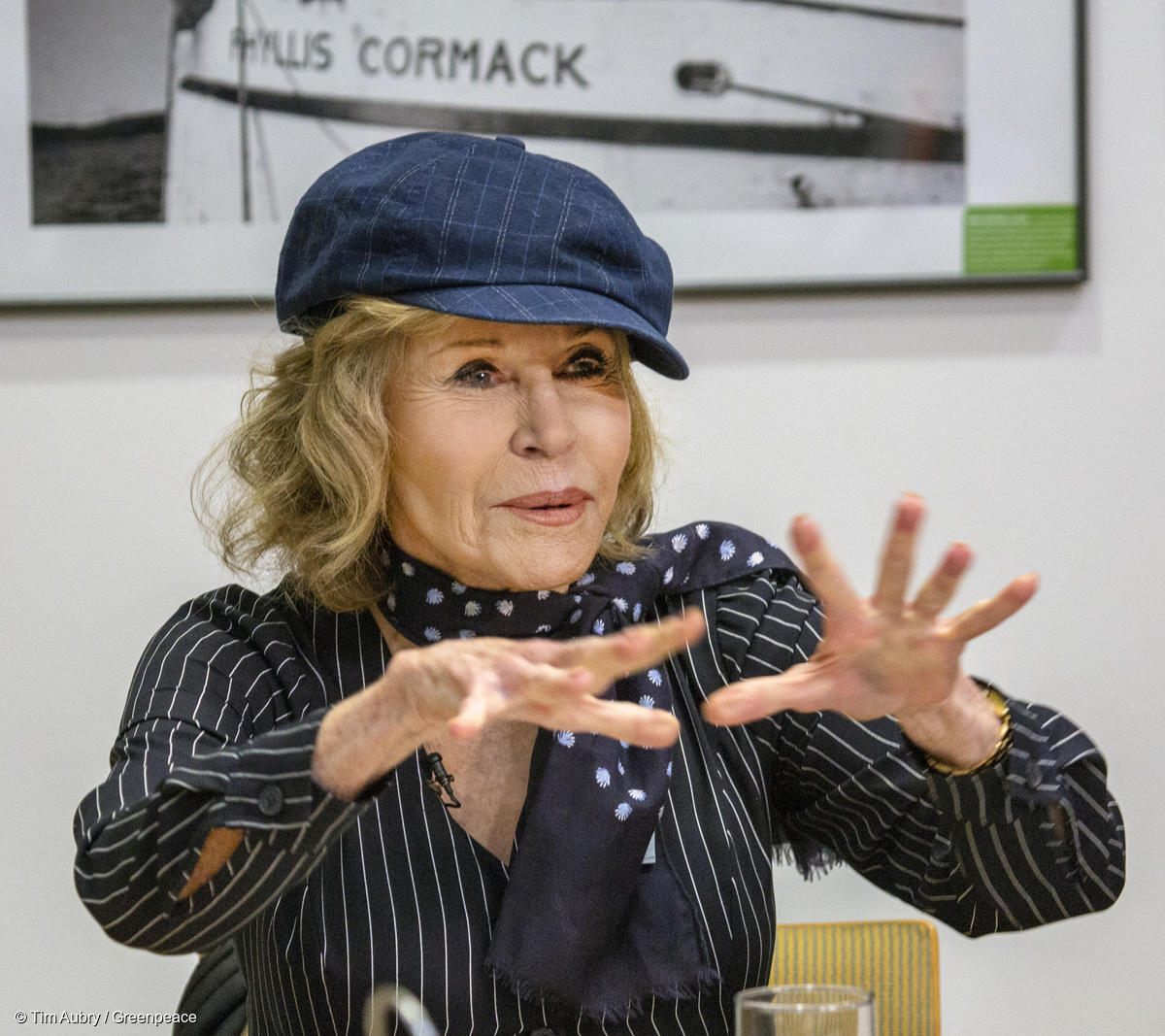