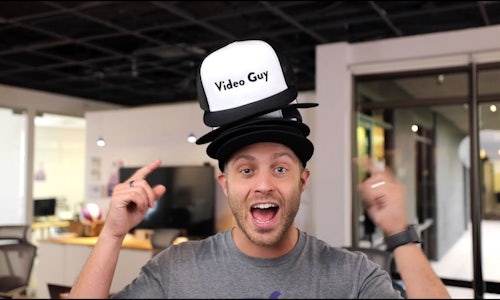 Are You Wearing Too Many Hats?

We All Know The Feeling

There's a common phrase in entrepreneurship, small business, and life in general – it's wearing too many hats. It's a feeling of doing too much and being pulled in too many directions. And being a B2B software where our whole goal is to paint a clear, achievable picture of the path to delegating to-do's while growing your business, we really care about this!

So with this campaign, we wanted to find a way to illustrate this sentiment of people wearing too many hats and zoom in on delegation to fix it.

The objective was to do this in a short, quick, energetic way that, in less than a minute, made it easy for people to identify with the pain point of having too much on their plate. And then present the aspiration of taking those hats off and passing them to others on their team – using our product to help them do it.

The measurable goal was to drive people back to the Trainual website to learn more and start a trial.

To bring this idea to life, we first talked to our CEO to see what key "hats" (aka roles) he passed off when he started hiring the early team. We then used a dropship company called Printful to order seven different hats with the seven different roles that we landed on. Those were Video Guy, Marketing, Sales, Customer Success, People Ops, CEO, and Good Dog. (sadly, the good dog hat didn't make the final cut for the ad 😂)

We planned an in-person shoot at our office, fortunately, just a few weeks before the pandemic hit and we all went remote. We chose to feature the real employees who actually took on those roles in the early days. In the video, they got to take the hats off our CEO Chris's head, illustrating exactly how we've done it here and paint a clear picture of how other businesses can do it too.

It took five or six takes to nail the final shot before we threw a bumper on it and pushed it out as an ad on Facebook and Instagram!

A Lot of People Resonated

The 45-second ad crushed it on paid social! Way better than we were even expecting.

Here's a look at the final numbers:

As a result, we drove 1300 new Trainual accounts.

We hit our goal for new signups and we now have a really strong message that we know resonates with a lot of entrepreneurs and small businesses out there. We hope to help every business owner take off some of the hats they're wearing and spend more time doing what they love!

Video for Are You Wearing Too Many Hats? 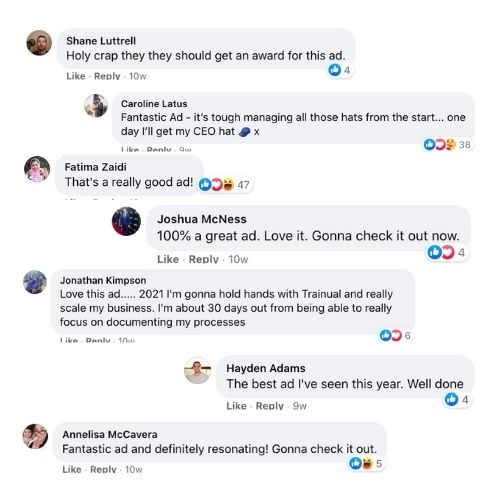 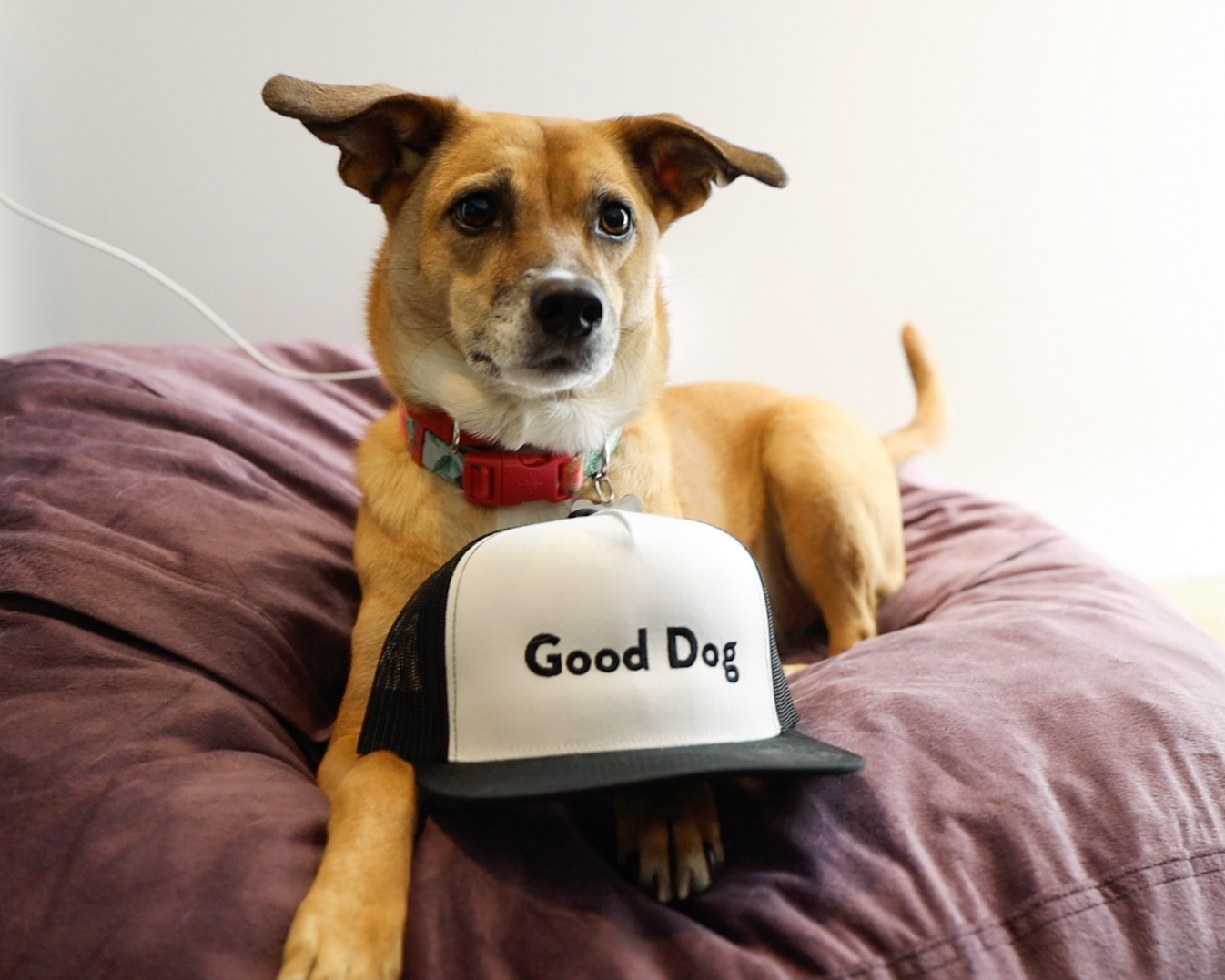 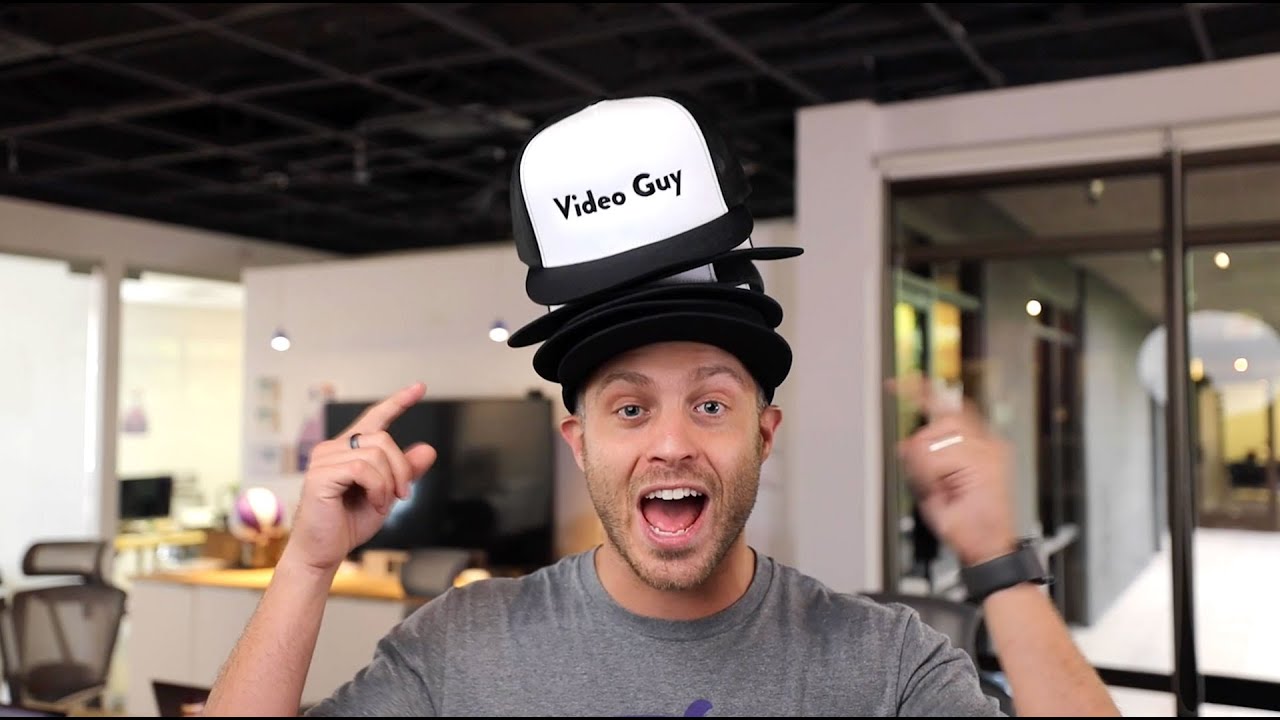