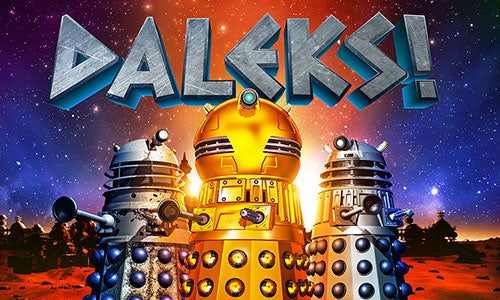 Doctor Who: Daleks! The Animated Series

‘We wanted to do something epic’ James Goss reflects, producer of Time Lord Victorious and writer for the Doctor Who digital-first Daleks! animation.

In over 50+ years of award-winning television, the globally-renowned Doctor Who franchise has never seen an entire series solely dedicated to the Daleks! and on this scale – until now. In November 2020, the digital team at BBC Studios launched a five-part 10-15 x minute episode original CGI animation series in collaboration with Studio Liddell featuring the Daleks! on YouTube. Written by James Goss and created by Salford-based animators Studio Liddell, this series gave the Daleks the exclusive opportunity to have their own show and broaden the Doctor Who audience pool to include a more diverse array of people, choosing YouTube – a global AVOD platform – as its host.

Casting key talent such as world-famous vlogger Joe Sugg – a self-proclaimed superfan boasting over 7M+ subscribers on YouTube – who plays a sentinel droid known as R-41, we were able to access new targeted online communities and provide original fictional content online for free. We tapped into popular culture moments, utilising our expansive cross-platform digital network (8.7M+ total followers), and hosted an exclusive behind the scenes panel at New York Comic Con to further broaden the reach of the activity.

The entire animation was produced remotely under lockdown, with Daleks voice artist Nicholas Briggs fashioning a home-made recording studio out of duvets and clothing rails. Daleks! sought to combine the retro, stylised and vibrant Dalek films of the 60s, with the futuristic CGI visuals to ensure it was fresh, fast moving, and brimming with personality.

Launching Daleks! was a digital-first for the Doctor Who brand, offering a unique portal into the world of multi-platform story Time Lord Victorious. Whilst this transmedia project collates a host of licensees and products, we wanted to bring something into the fore that was available to a broad pool of people, for free. This five-part series was able to stand on its own and be celebrated across all of our digital channels – offering an accessible, bite sizable window into the magical world of Time Lord Victorious.

This was a YouTube-orientated animation project, leveraging that younger audience pool that we can find on the platform; an engaged digital community hungry for new content and tantalising visuals. Working with former Strictly star and world-renowned vlogger Joe Sugg also allowed us to tap into a more diverse, younger audience. We also wanted to ensure that the cast in itself was diverse, celebrating talent such as Anjli Mohindra (Bodyguard, The Sarah Jane Adventures) and Ayesha Antoine (Holby City). The retro 60s aesthetic of the original Daleks offered a nod to our older fanbase, whilst the series being hosted on YouTube recognised an increasing appetite for Doctor Who content amongst younger audiences.

Each episode was no longer than 15 minutes, offering new viewers and potential fans an entry into the Daleks and Doctor Who universe on a platform accessible to all. This was also the first time we tested making an animation on such a scale, as a spin-off series from the show in a short, condensed format.

In terms of implementation, this was our first meaty project in which we at BBC Studios had control over the entire digital ecosystem – we had recently acquired the branded BBC Doctor Who Twitter and Instagram channels from BBC Public Services, and we used all of our platforms to their full capacity to reach new audiences and raise awareness about the animation. We were able to fully market Daleks! across our website, social platforms, and email newsletter, offering hardcore fans a newsletter exclusive for one of the episodes. We sought to maximise the potential of platform functionalities such as YouTube Live and email exclusives to generate awareness, and to make it a truly digital-first campaign.

We used the YouTube Premiere functionality to broadcast each episode to the widest audience, with a live commentary function for both fans and the brand alike. This enabled us to create a two-way engagement with fans, and create a real sense of community during a time of social isolation. On Twitter, we were trending on the release of the first episode, showcasing the success we’d had in promoting the project, and the hype generated amongst fans. In total, the series has delivered 7.8M impressions since launch, 59k hours of watch time and 634k views.

In sum, not only was the Daleks! Animation able to overcome the creative barrier of lockdown to the production process, it also was able to incorporate a more diverse, younger audience and showcase the full potential of digital for creating additional web content for TV series.

The series as a whole has had a combined total of 7.8 million impressions since launch, as well as 59,174 hours of watch time and 634k views. The premiere of the first episode received 8,523 live views. We learnt that premiering each episode resulted in a distinct boost in performance.

As outlined in our strategy, we sought to cater to both old and New Who fans, which was reflected in the content’s age demographics. Both the 18-24s and 45-54 year-old groups shared 22.3% each of the total audience share.

One of our cast members and star talent Joe Sugg promoted the series on his Instagram, home to 5.4M followers, with a poster-like asset that garnered 20.3k likes. We also teased the activity on our Instagram with a series of image assets, in a post that achieved 20.8k likes. On Twitter, our ‘how it started/how it’s going’ asset, tapping into a relevant popular culture moment, garnered 170.7k impressions and an engagement rate of 7.5%.

Our stand-out statistics cross-platforms demonstrate that the activity fulfilled its objective of engaging multiple generations of fans. We also were able to prove the success of digital-first, animation-based activity, utilising in-platform functions such as YouTube Live to maximise the reach of the project.

Video for Doctor Who: Daleks! The Animated Series 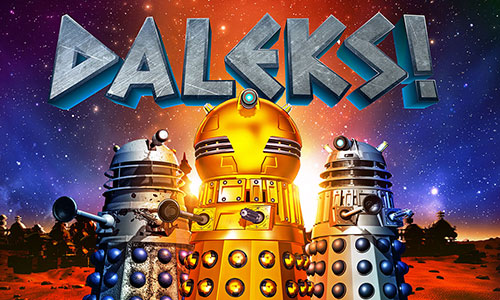