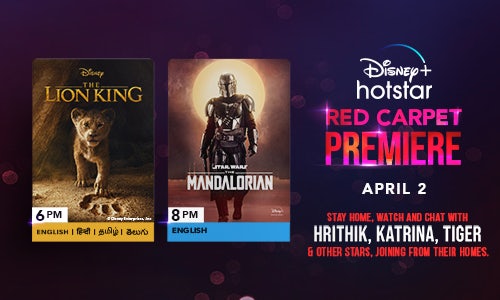 The launch of Disney+ came bundled with a unique proposition in India, since it was going to be paired with the Hotstar subscription here. It was naturally the biggest news in entertainment, and our campaign had to mirror that scale and more, with ATL, BTL, Digital, PR and every mass touchpoint in the mix. But we were faced with another big challenge – the pandemic coincided with the arrival of Disney+. Which meant, we had to reinvent the launch campaign overnight, and create an all-digital launch that would still drive maximum impact and scale.

Our digital-first and digital-only launch had to create enough excitement for the masses and get every Indian household to experience and sample Disney+ Hotstar in the first 60 days of launch. In the lockdown days, it also had to set a benchmark where there was none!

SETTING A BENCHMARK FOR LOCKDOWN LAUNCHES

While brands and marketers scrambled to adopt a digital-first strategy in the wake of the pandemic, Hotstar led by example by pulling off one of the biggest virtual activations with a strong social media amplification and the right mix of celebrities. Through the Disney+ Red Carpet Premiere, we achieved the impact of a sound 360* campaign through just digital, social and PR channels, announcing the biggest news in OTT in the biggest way possible. We conceptualised a one-of-a-kind Virtual Red Carpet Premiere to launch D+ in India with Hotstar - possibly the most talked about campaign of such massive scale, by any brand in the lockdown. It was a first-of-its-kind virtual watchparty that soon set the trend for other brands to follow.

- We picked the most talked about titles from Disney+, The Lion King and The Mandalorian, and made that the Premiere of choice for not just our English and Hindi speaking audience but also for our Tamil & Telugu audience.

- Then, we collaborated with some of the biggest stars of Bollywood - Hrithik Roshan, Sonam Kapoor, Varun Dhavan, Katrina Kaif, Tiger Shroff, Parineeti Chopra, Kamal Haasan to join us virtually at the Red Carpet and be the first to catch some of the biggest releases on D+ on Day – Not just that, to reach out to the masses and cut across target groups, we got regional stars like Rana Dagubatti & Dulquer Salman as well TV GEC stars to be a part of our campaign.

- Leading up to the launch, we got them to share their excitement and Premiere plans with their fans, inviting them to join them at the Red Carpet, right from their homes. It was widely talked about on social media and amplified further via PR - making April 3 a big appointment for people.

- The creative idea was brought alive with a product innovation that was achieved at breakneck speed - where fans got the chance to interact Live with the stars while watching the 2 marquee titles - another big invite for people to come join the Premiere and talk about D+ in India.

- Apart from that, to add a badge value to the entire event, we created one, quite literally. This sticker was used by all celebrities,  a lot of the audience while the event was on, and amplified further via hundreds of people who shared it on their social media handles.

All in all, we got people to sample the biggest new offerings under Disney+, giving them reasons to subscribe and continue watching, built massive hype and intrigue around the product – leading to record-breaking results for any Disney+ launch across the world.

·   Trended at #5 in India on Twitter, settled at #7 over the duration of the event

·   Highest ever paywall hits for entertainment 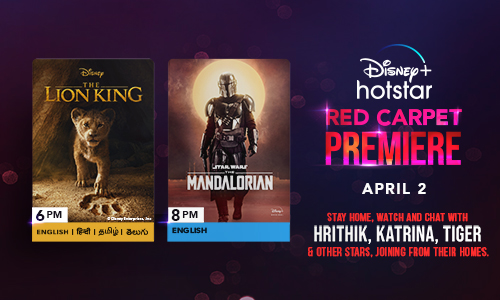