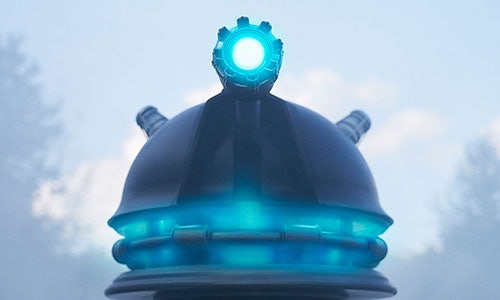 One of the biggest days in the Doctor Who social calendar is Doctor Who Day – the 23rd November. The very first episode of the iconic 50+ year (the longest ever) science fiction television series of all time was broadcast this day and has become an annual celebration. How do you make another one?

The Doctor and their immortal foes, the Daleks, are always chasing each other across time and space. While the Doctor changes face, the Daleks keep their menacing shape, demeanor and voice throughout their and the audience’s travels, and are equally as iconic as the Doctor and TARDIS themselves. How best to celebrate them?

The creation of a new anniversary on the Doctor Who digital calendar is no easy challenge. The Daleks are as old as the Doctor themselves and appear just less than a month after the main Doctor Who anniversary – on the 21st December. The deadly enemies would also appear in the upcoming festive special, ‘Revolution of the Daleks,’ to face the Doctor and electrify audiences again on New Year’s Day.

To celebrate #DalekDay and give it equal standing next to #DoctorWhoDay, the Daleks would need to pull out a trick or two from under their pepper pot sleeves… A Twitter takeover, with a whole host of different activities.

The Daleks would ‘take over’ the Twitter account to celebrate their anniversary, creating a brand-new day in the Doctor Who calendar with the iconic foes.

First of all, the day started with a takeover of the channel by the Daleks themselves, using Twitter’s new voice notes feature. This wholly unexpected move on the Twitter account (only recently acquired by the BBC Studios team) generated a lot of buzz from the first tease -  coming into a full invasion from the Daleks themselves.

These voice notes were created by the voice of the Daleks themselves (Nick Briggs) using the iconic voice modulator to make the unmistakable voice. Ten tweets, all in total garnering 2.5 million impressions, with voice notes from the Daleks excited the fandom and the takeover of the channel for two hours until the ‘Doctor’ reclaimed the account.

Later on, the voice of the Daleks, Nick Briggs, did a video about how to make the Dalek voice come to life, in an exclusive long form video.

Then, the Twitter channel hosted a planned watchalong of the latest Doctor Who episode ‘Resolution’, the first episode featuring the latest Doctor and the Daleks. The watch along had exclusive photos, never seen before by the public, and plugs for our commercial partners. Also included were new gifs from the episode, behind the scenes snippets and relevant products that all fit perfectly in the episode continuity. These watchalongs had been instrumental from the beginning of the UK lockdowns featuring Doctor Who talent and fans, organized to encourage morale.

At the end of the takeover day, and straight after the watchalong of ‘Resolution’, there was a reveal of a new featurette showcasing the brand-new model of the Dalek, promoting the New Year’s Day special ‘Revolution of the Daleks’ (shortly to be broadcast on BBC One and BBC America). This featurette played on the social media advert trope and gave a new look to the iconic villains on their anniversary. This was later broadcast on BBC One, but premiered on the Twitter page.

In total, the day garnered 6.5 million organic impressions with 72 tweets in total – the audio notes (combined with the takeover of the name, app icon and description of channel), proving the largest success of the day, the first one reaching 8.4k likes and 697,131 impressions.

A specially created promo for the new ‘security drones’ of the future – the Daleks from the upcoming special - finished the day with 466k impressions and a huge 8% engagement rate, teasing the festive special in advance.

This day set record levels of engagement for the Doctor Who Twitter channel: the impression numbers we saw off the back of the activity hadn’t been reached since the announcement of Jodie Whittaker as the Thirteenth Doctor. This was a huge success for Studios, having only recently taken over the Twitter channel. The hashtags #DoctorWho, #Daleks and #DalekDay had been trending all day, all with our Twitter hashtag emoji. 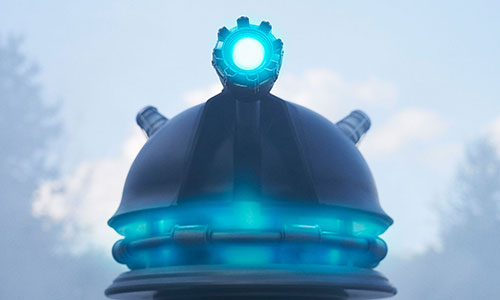