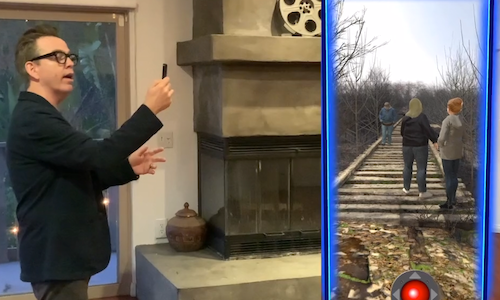 True Crime is one of the fastest growing genres in the world. But law enforcement's rules about confidentiality have long left followers of the genre in the dark.

In 2020, founders Lauren and Neil Mandt set out to build the world’s first interactive True Crime platform. Designed to democratize the reporting of true crime case details, the app combines cutting edge technology with an exhaustive database of curated evidence and press coverage.

A key element of the app is its use of augmented reality (AR) crime scenes. CrimeDoor accurately recreates crime scenes in 3D, allowing the public to navigate and investigate in AR. For the first time, the public can experience “spatial investigation;” walking through a crime scene in the same way detectives have for decades. Forensics experts have described the use of AR as a technological leap on par with DNA.

CrimeDoor also features an enormous database of searchable true crime content, including press articles, videos, documentaries, podcasts, FBI case files and photos from law enforcement. There are more than 550 individual cases in the app, with dozens more added each month. It adds up to over 50,000 hours of true crime content.

In January of 2021, CrimeDoor took their democratized approach a step further by teaming with the families of victims to help solve unsolved murders. We teamed with Kelsey German, sister of Delphi, Indiana murder victim Libby German, and Former Cold Case Investigator Paul Holes, in releasing an AR Door of the Delphi Murders.

CrimeDoor's goal isn't to entertain. It's to influence change. That starts with bringing awareness of uncensored crime stories to the public. But in the case of unsolved murders, awareness isn't enough. We want to solve cases. It's our hope, and belief, that putting the right tools into the hands of the public can make that happen.

This goal of bringing justice to victims of unsolved cases started with The Delphi Murders. In 2017, two teenage girls went missing one in Delphi, Indiana. The next day, Valentine's Day, their dead bodies were discovered. It was quickly discovered that one of the girls, Libby German, had posted video of a suspicious man to her Snapchat. Videos showed an unidentified man walking towards the girls, and even uttering a creepy directive: "Guys, down the hill." Despite this first-hand evidence, no one has identified the man after four years.

In researching the case, the CrimeDoor team realized the clues exist to catch the killer. The evidence was there, now it just needs awareness and a coordinated effort by the true crime community. We reached out to Kelsi German, sister of one of the victims, who agreed to work with CrimeDoor in recreating the events of the murder in AR. For an expert's view, CrimeDoor also partnered with retired cold-case investigator Paul Holes, who played a part in solving the Golden State Killer case that ended in the suspect's 2018 arrest.

Together, CrimeDoor painstakingly researched the moment in which the young Delphi victims were confronted by the man who would murder them minutes later. To create an accurate scene, immersive-reality creators Whiskey Tree and Zoic Studios were brought onboard. The result was a full-scale, accurate 3D crime scene recreation that the public can walk through in augmented reality.

Accuracy of the crime scene was only the beginning. The case needed wider awareness to help identify the victim. That's why CrimeDoor set out to create a media blitz on broadcast television, internet message boards, and social media. Details of the case were shared on native social platforms TikTok and Snapchat, appealing to younger, tech-savvy audiences who were around the same age as the Delphi victims.

The videos generated more than 1.2 million organic video views across TikTok, Snapchat and Instagram. And additional 500,000 views were generated from a few true crime influencers who expressed an interest in the case. On traditional media, Lauren & Neil Mandt, Kelsi German and Paul Holes conducted interviews with TV stations and press outlets nationwide, including Inside Edition, Yahoo! News, Daily Beast and Oxygen. Press pickup was massive, stretching from highly invested local coverage in nearby Indianapolis, all the way to the UK with The Daily Mail. In all instances, the message was clear: We must find justice for victims Abby & Libby. The public's response was gigantic, especially considering it was surrounding a 4-year-old cold case without recent new evidence.

And the success didn't stop with broad awareness. In 3 weeks after the campaign, more than new users downloaded the CrimeDoor app, showing a commitment to finding the truth. While the suspect remains at-large as of this writing, local law enforcement expressed renewed hope that the awareness would help them make progress in solving the case. 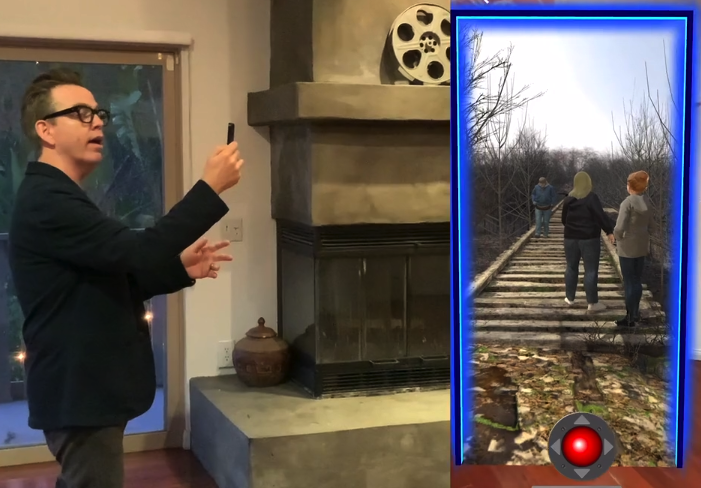