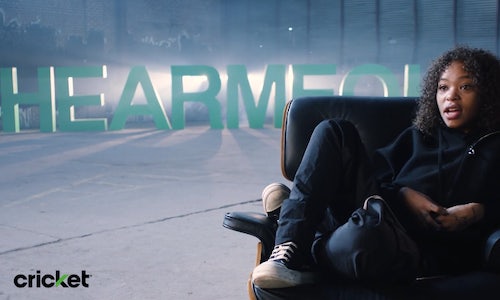 Cricket Wireless wanted to create a program that would drive brand affinity and help turn up the volume on issues and interests that affect underrepresented communities, particularly African-Americans. We wanted to genuinely engage and connect with this audience in a way that was authentic and relevant. In fact, we wanted to create a social space where people felt free to share why their diversity matters and open up about the issues that matter most.

To do this, Cricket launched its social video content series, #HearMeOut.

Introduced in February 2019 during Black History Month, #HearMeOut began as a video content series that featured five Atlanta-based entertainers sharing their stories to encourage those who often feel overlooked and unheard. Each artist’s video included an invitation for viewers to share what matters most to them using #HearMeOut and tagging @cricketwireless.

In 2020, the campaign continued with individual interviews, expanding to include entrepreneurs like Morgan Debaun and Dorion Renaud. The #HearMeOut interview with actor and singer Rotimi especially resonated, with his message of persistence gaining over 2 million views on Twitter.

During Black History Month, #HearMeOut served as a platform for Cricket to feature 3 Chicago-based artists in a freestyle cypher.  The videos from the Cypher served as a visual representation of the #HearMeOut platform celebrating self-expression and storytelling.

One thing we weren’t expecting, was the massive amount of amazing stories that resulted from fans engaging with the content.  One user commented, “the art of storytelling is amazing and changes lives; everyone has a unique story to tell…we just have to listen #HearMeOut”.

To highlight all of the community engagement, Cricket put together the #HearMeOut Anthem, as a tribute to this community.

Finally, we were able to weave #HearMeOut into a larger sponsorship, culminating with an interview and livestreamed concert featuring Usher.  The interview went viral on Twitter, generating over 36 Million views.

The #HearMeOut social campaign generated over 60 Million views and over 1 million engagements.  The sentiment of the comments was more than 90% positive, and almost all of the content performed the best on Twitter.

The Usher video was a high point, generating over 40 Million views including both the video and retargeted promotional assets.

A Twitter brand lift study confirmed that users who viewed and engaged with the content thought more favorably about the Cricket brand and were more likely to consider a purchase. 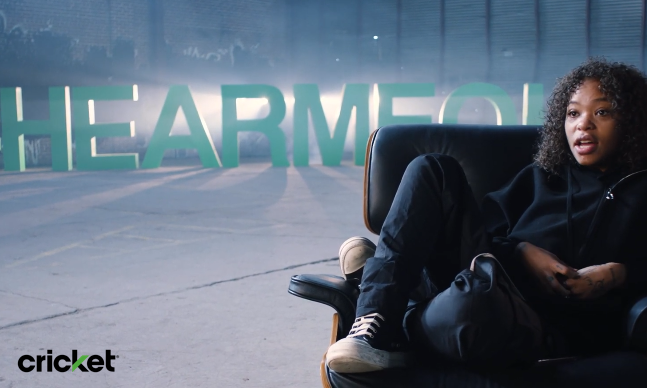