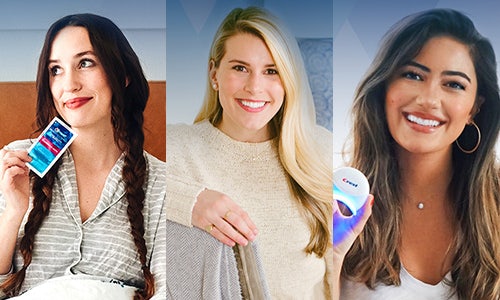 The Crest #SmileBreak campaign was unique from the perspective of its objectives. Different from more traditional influencer campaigns, it was charged with a two-fold challenge: to help shift Crest’s ad focus to resonate with consumers in the new social distancing climate, and to fill a significant content gap for the brand brought about by the pandemic.

After the pandemic was declared, we increasingly saw a consumer base coping with the additional stressors of being cooped up for weeks on end, and a growing interest in the idea of "self care." Accordingly, there was a realization that Crest 3DWhitestrips could use its platform to underscore the importance of self-care by utilizing an engaging and diverse team of micro-influencers, who could demonstrate how Crest 3DWhitestrips genuinely fit into their “new normal” routines.

The pandemic would provide obvious obstacles to mounting a campaign using traditional channels: Quarantine meant that studios were shut down, professional photographers and models being in the same room together was impossible, so capturing product images or brand packaging that supported the campaign theme was an inordinate challenge. But influencers have all the skills and tools at their disposal to create high-quality visual content – without all the trappings of a "traditional" advertising campaign. So the goal evolved to do the impossible: To create new, professional quality assets, without a studio, and launch a campaign that would resonate with a large audience in a way that demonstrated a clear, service-oriented benefit.

Because the campaign would need to be executed on a quick turn in order to maximize relevancy (given that no one was sure how long the pandemic would last), MMI Agency promoted its stable of established micro-influencers, which would allow the team to quickly contract the right personalities, quickly, under a smaller budget.

The campaign was greenlit by the Crest team on April 16th. The MMI team then procured product on the 17th and contracted influencers over the following two days. Product was shipped to arrive by the 20th, so that that day could be devoted to briefing calls with influencers about the program and its various elements. The first major campaign element was a Happy Hour video call featuring six micro-influencers who would meet virtually on camera and discuss how excited they were to take their first #SmileBreak, also visiting themes of the importance of self-care, the importance of their smile and how they planned to incorporate Crest 3DWhitestrips into their daily self-care routine over the course of 14 days.

The happy hour, which was pre-recorded on the 22nd, served to introduce each of the micro influencers and, by demonstrating their diverse life journeys, show how the need for self-care (and a #SmileBreak) is universal. The video call was edited over the next 48 hours, so that it could debut when the #SmileBreak landing page went live at crestwhitesmile.com/smilebreak on April 24th.

The campaign would also feature unique content posted by the micro influencers across Instagram, Facebook, YouTube, their personal blogs, and the campaign website. The 24th also featured the first round of influencer posts, which announced the start of their #SmileBreak Journey (and educated followers on its purpose), discussed the Happy Hour video they were in, and served to drive traffic to the landing page through their Facebook posts and Instagram stories.

On May 1st, at the halfway point of the #SmileBreak Journey, the influencers gave an update with educational video content showing actual application/product in use for their followers. This video would serve not only to provide engaging content for the individual channels, but to highlight product efficacy and to provide evergreen assets that could later be used to promote Crest 3DWhitestrips.

May 8th signified the final day of the #SmileBreak Journey. The influencers published either a blog post or YouTube post recapping their whole journey and sharing their results, including side-by-side, before-and-after images; high-end, quality content which could easily be repurposed, post-campaign. The primary posts drove traffic to the #SmileBreak landing page, accompanied by two social shares (per influencer) to drive to their primary posts and the product page.

At the conclusion of their #SmileBreak Journeys, each influencer participated in additional asset capture, allowing the creative team to direct creation of graphic or video content to ensure that each influencer could be captured performing each step of the application process, as well as demonstrating how simple it was to use the product while carrying out other activities around the house.

By the end of the 14-day campaign, the influencers had produced a total of 28 separate pieces of content for their channels, generating a total reach of 1.6 million. Engagement in the campaign steadily grew, starting at 1.4% on Day 1, culminating in 1.7% by Day 14.

The engagement, too, was of a high quality - the influencer posts generated dozens of comments from followers that expressed keen interest in the product based on seeing #SmileBreak Journey results, endorsed the concept of self care and its inclusion in the challenge, or remarked on what an appropriate endeavor it was during quarantine.

Moreover, over the course of two weeks, the team of influencers created an array of professional level creative assets that were then leveraged into more than 250 ads – spanning from awareness-focused to direct conversion – that could be used across a range of Crest online properties, including their DTC website, YouTube channel, Facebook, Instagram and email campaigns. 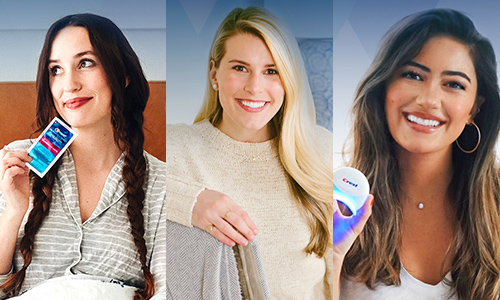