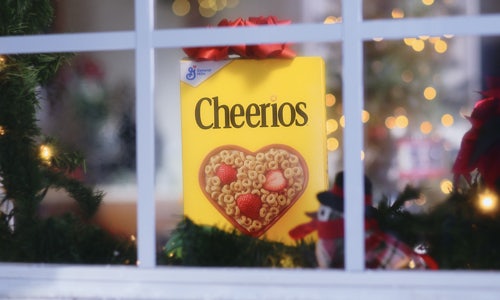 Cheerios Won the Hearts of TikTok in 2020

Cheerios didn’t have plans to join TikTok in 2020, much less launch a campaign, but a viral video from one person on TikTok changed everything.

On November 11th, Cori Spruiell shared a TikTok video asking Cheerios to recreate the beloved 1999 commercial, which featured a grandma and baby bonding over Cheerios at Christmas, but make it from a 2020 perspective.

There were plenty of hurdles in our way, from being less than a month out from Christmas to still being in the middle of a global pandemic. But we couldn’t pass up the opportunity to listen to our fans and create something great together.

Our goal: Recreate the classic 1999 commercial for 2020 and launch it on TikTok with supporting videos to tell the story, building anticipation and excitement for its debut.

Remakes aren’t always well-received and changing the classics comes with risks. Knowing this, we couldn’t just create a new video; we needed to build excitement and turn something that most people hate (ads) into something they love.

To execute, we had to condense the “traditional” months-long commercial process into less than three weeks. This meant tracking down the original grandma and baby from the 1999 commercial, and then creating a series of videos for TikTok.

How we approached the campaign:

It started with a duet of Cori Spruiell’s original TikTok. This let our audience know that we saw the idea, and gave us a chance to start building a connection with them. This also teased the idea that something might be in the works while leaving questions unanswered and creating suspense.

Knowing that not everyone had seen the 1999 commercial, or in the very least, it had been a while, we needed to give the audience a reminder. We shared the original commercial on TikTok, but included a teaser at the end to let people know that a 2020 version of the commercial was definitely happening.

Then, we shared a behind the scenes look at how Cori’s TikTok inspired us to create a 2020 version for TikTok, also revealing in the video that the original grandma and baby would be returning.

After building the hype and growing our following, we debuted the 2020 commercial on TikTok to an extremely excited and engaged audience, who had been along for the entire journey starting with Cori’s first TikTok video.

We wanted to swing for the fences and end with one more video that would pack an emotional punch. We created a PSA style video featuring the internet’s new favorite grandma. At a time when people were more isolated than ever, Grandma’s PSA asked people to stop scrolling TikTok and reminded us to call our loved ones.

There were plenty of reasons for this campaign to fail: lack of time, contractual obstacles, every move by brands being under a microscope, and, of course, a global pandemic.

But it didn’t stop us. And the campaign was a massive success.

The response to the TikTok campaign was positive beyond everyone’s expectations.

Listening to our audience, telling a story, and taking them on a journey paid off more than we could have ever imagined. 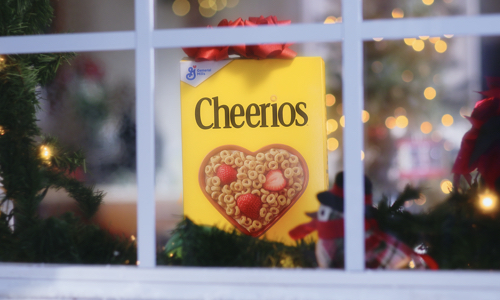