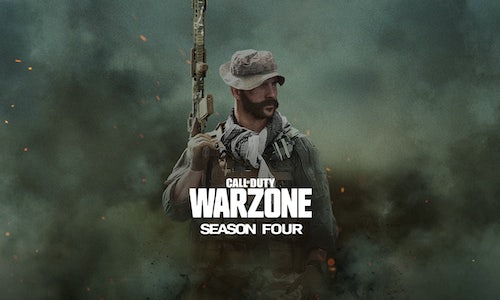 Captain Price. He’s one of the most revered and legendary names in the Call of Duty franchise. And though he’s been a part of Call of Duty since 2007, he wasn’t yet a playable character in Call of Duty’s wildly popular free-to-play online battle arena Call of Duty: Warzone… until now.

By making him one. On the #1 home to celebrities online: Cameo.

We knew Captain Price’s premiere in Modern Warfare deserved an unforgettable campaign, and that’s exactly what we teamed up with Cameo to create. Our campaign was designed for both new and long-time fans alike, which is why we approached it with three key goals:

To top it all off, proceeds from Captain Price Cameos — $141 each in honor of Price’s Task Force 141 — went straight to the Call of Duty Endowment, a charity that helps veterans find careers and prepare them for the job market.

Before we created any videos, we had to make sure Captain Price’s premiere on Cameo would launch with maximum impact. To do this, our campaign was built around three separate waves, designed to excite, delight, and surprise fans all over the world:

To truly make waves online, our Captain Price Cameos had to deliver shock and awe, and that meant customizing Cameos for celebrity recipients that felt tailor-made to them.

Step one: research. Hours spent on the hunt for intel ensured every one of Captain Price’s messages to celebrities and influencers was written up as if Captain Price was real, watching and evaluating their online habits, play styles, and recent real-life wins, losses, and headlines. This led to the phenomenon that Captain Price hadn’t just launched on Cameo -- he launched ready to roast anyone who came his way.

Just ask these streamers, whose reactions say it all.

In addition to our tailor-made celeb/influencer videos, we needed to prepare for fans who purchased a Cameo. This meant working directly with Cameo to pre-write hundreds of scripts for as many fan-requested occasions as possible ahead of our 24-hour fundraising window. This would allow us to more quickly and effectively update and customize scripts to fit submitters’ requests, since we had precious little time to deliver videos after they were requested, so as to continue the illusion that Captain Price was indeed really on the platform.

To amplify the stunt, we worked directly with Cameo’s engineering, marketing, and talent teams to create a custom portal on their platform that would allow fans to easily enter for a chance at their own Captain Price video. Winners not only received a video, they also received a custom email blast and landing page for their video, along with an in-game Calling Card. And for the non-winners? Captain Price still had their six — every non-winning entrant received the in-game Calling Card as well an agnostic thank-you video from Captain Price himself.

In a feat that would make Captain Price himself proud, our Cameo partnership was a success on all fronts, earning organic reach on social and receiving coverage from more than 20 different websites across gaming and entertainment.

In short, we accomplished all our objectives:

Overall, Captain Price joining Cameo as its first-ever video game character helped expand brand awareness for Call of Duty, raise money for veterans, and create a sense of connection between the fans and the game. 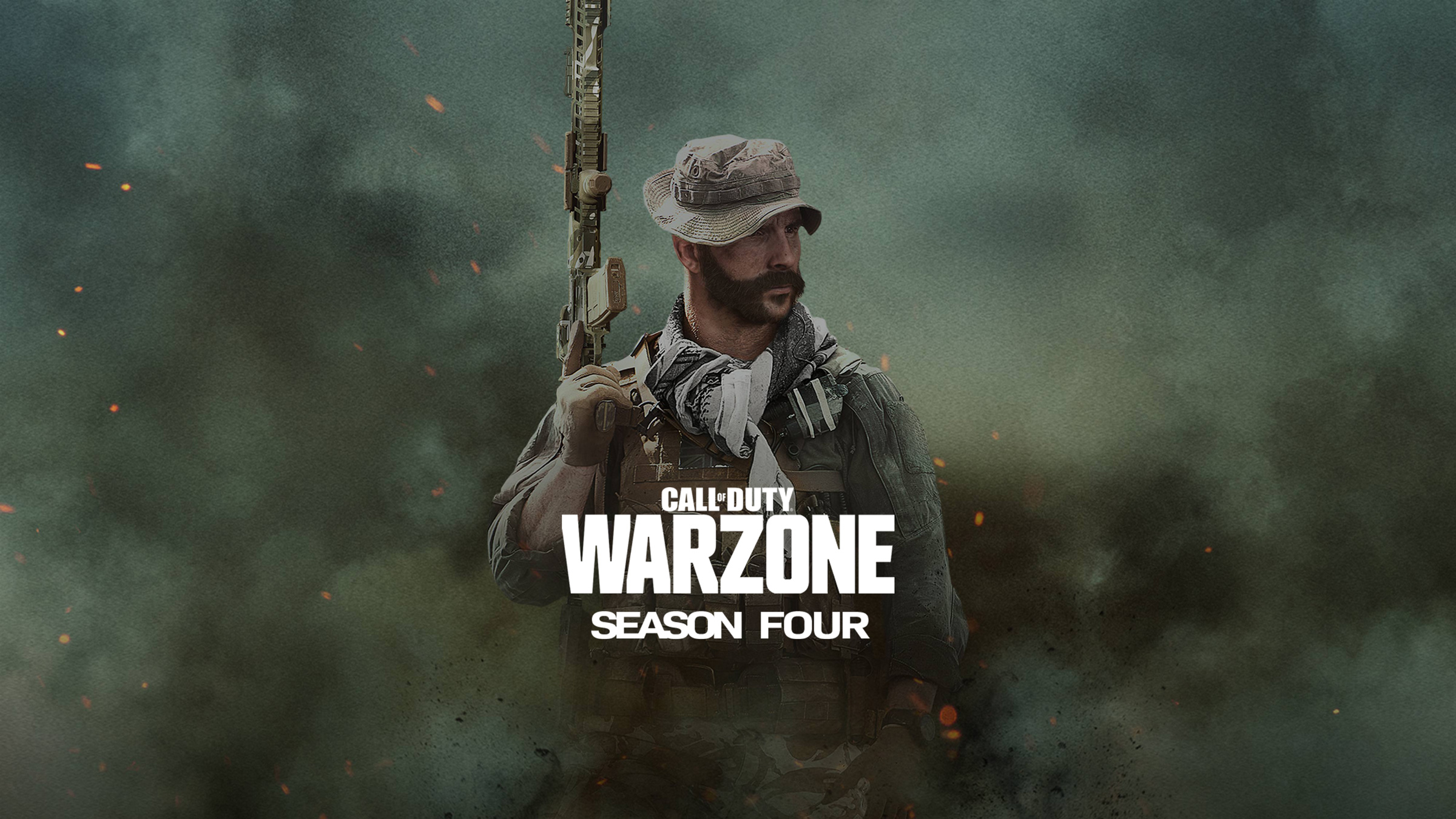 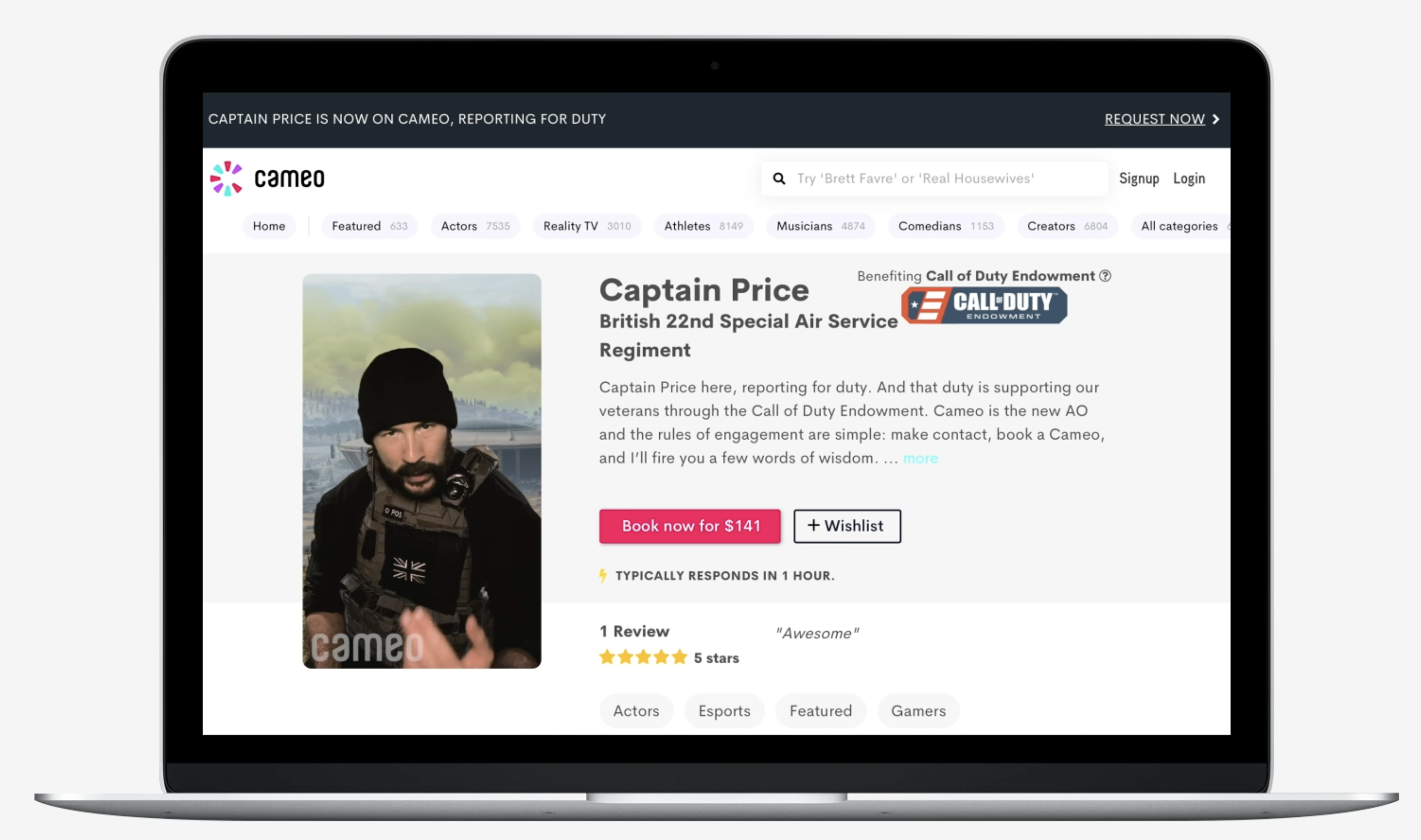 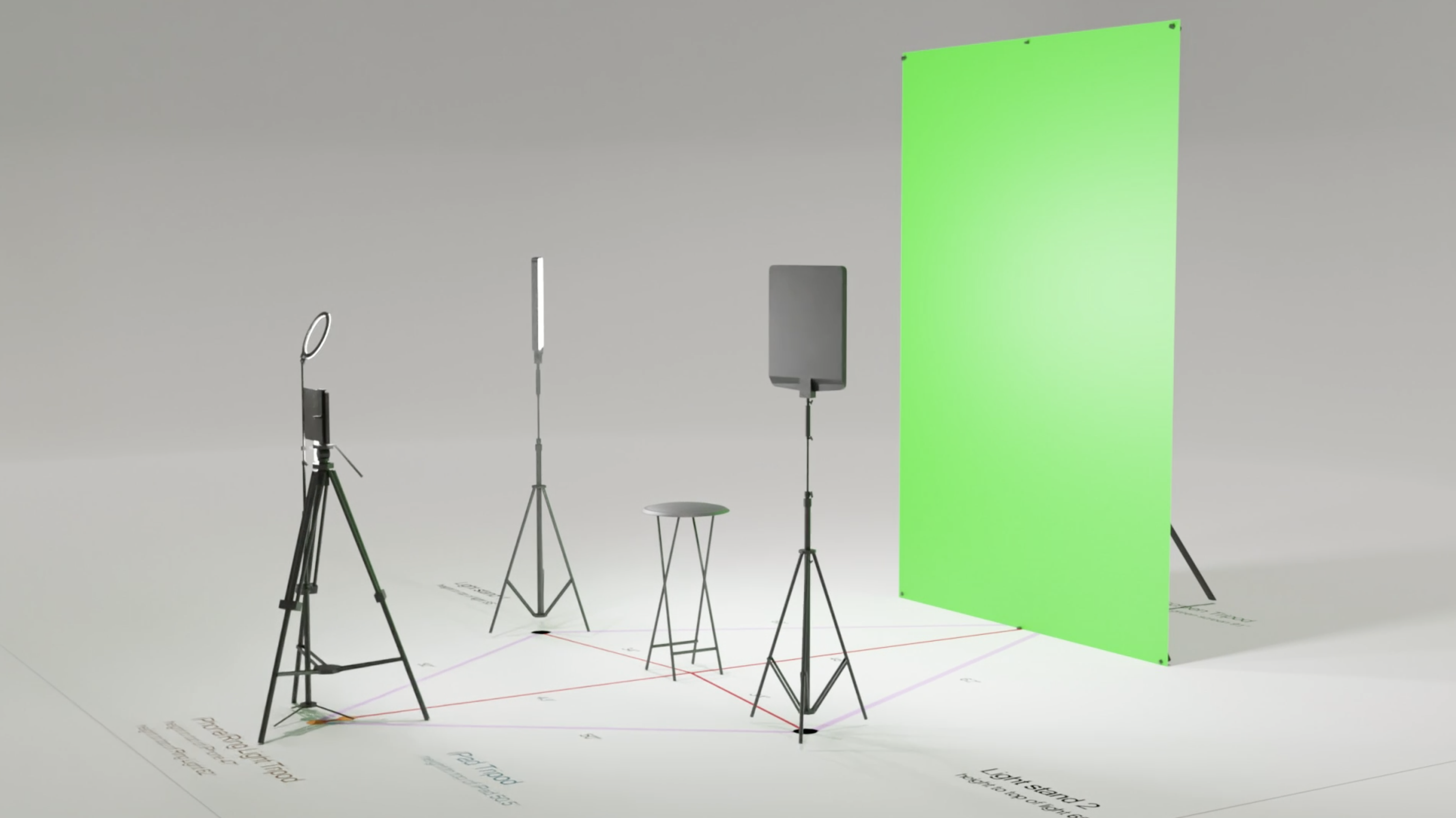 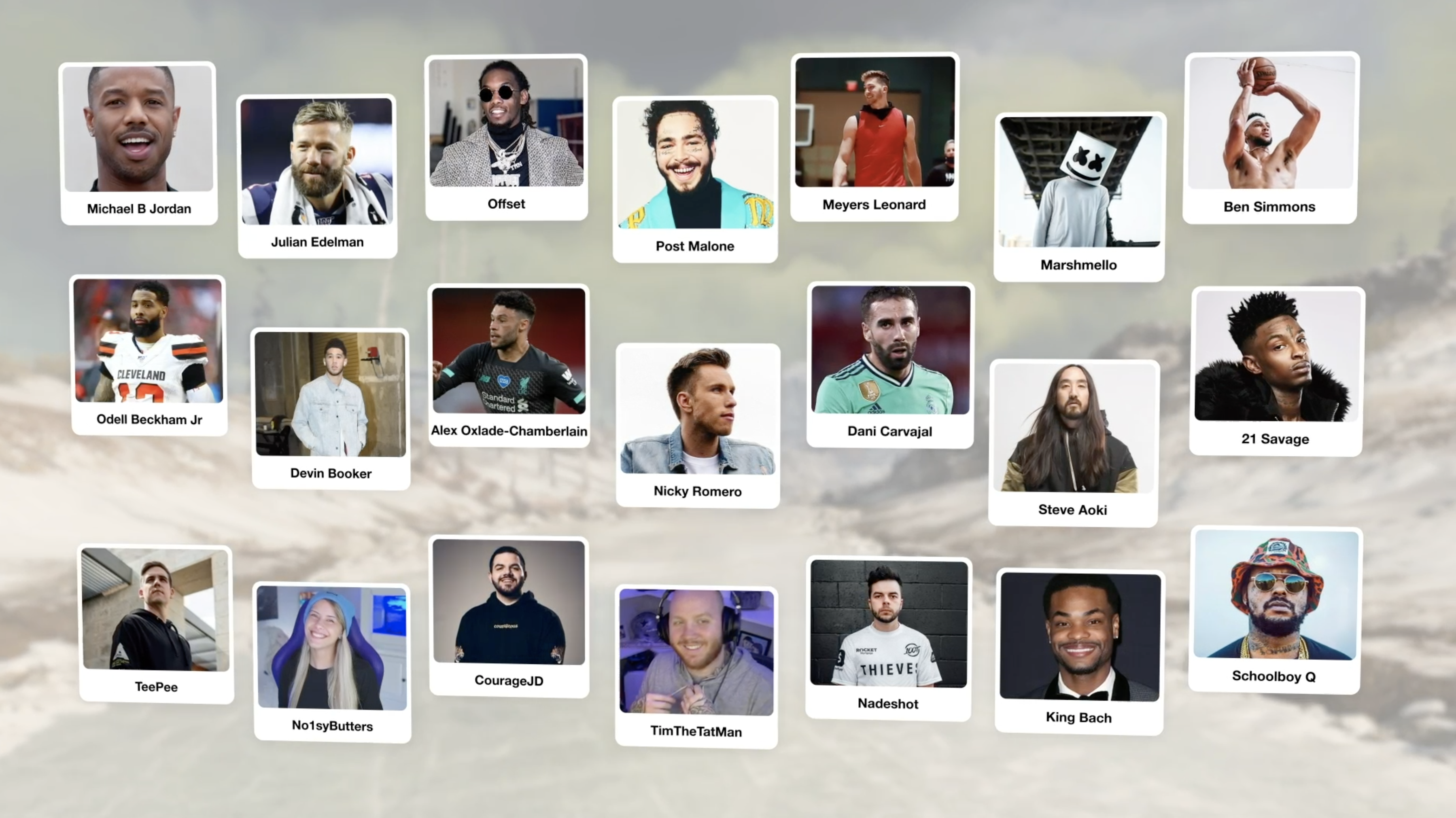 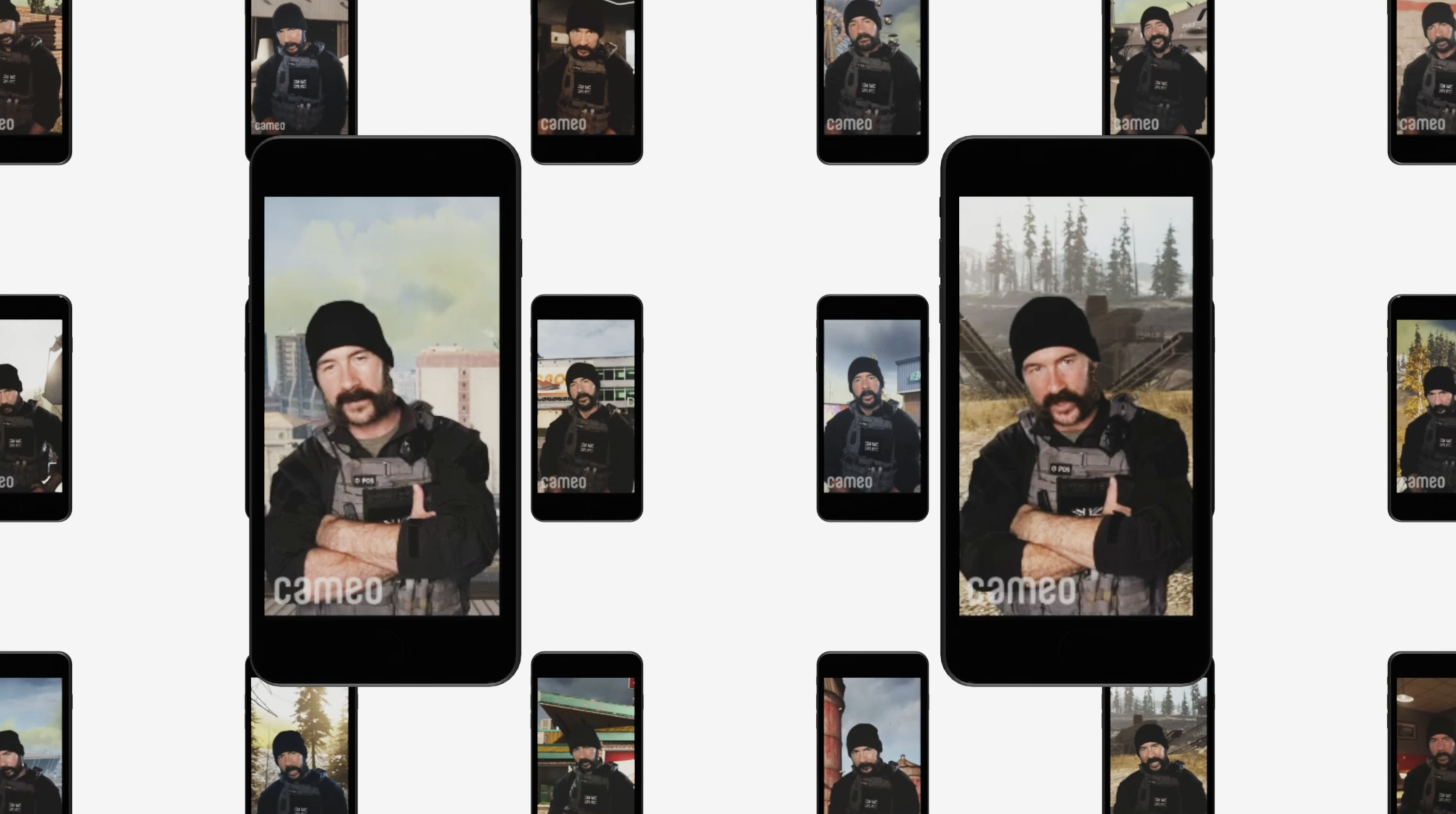 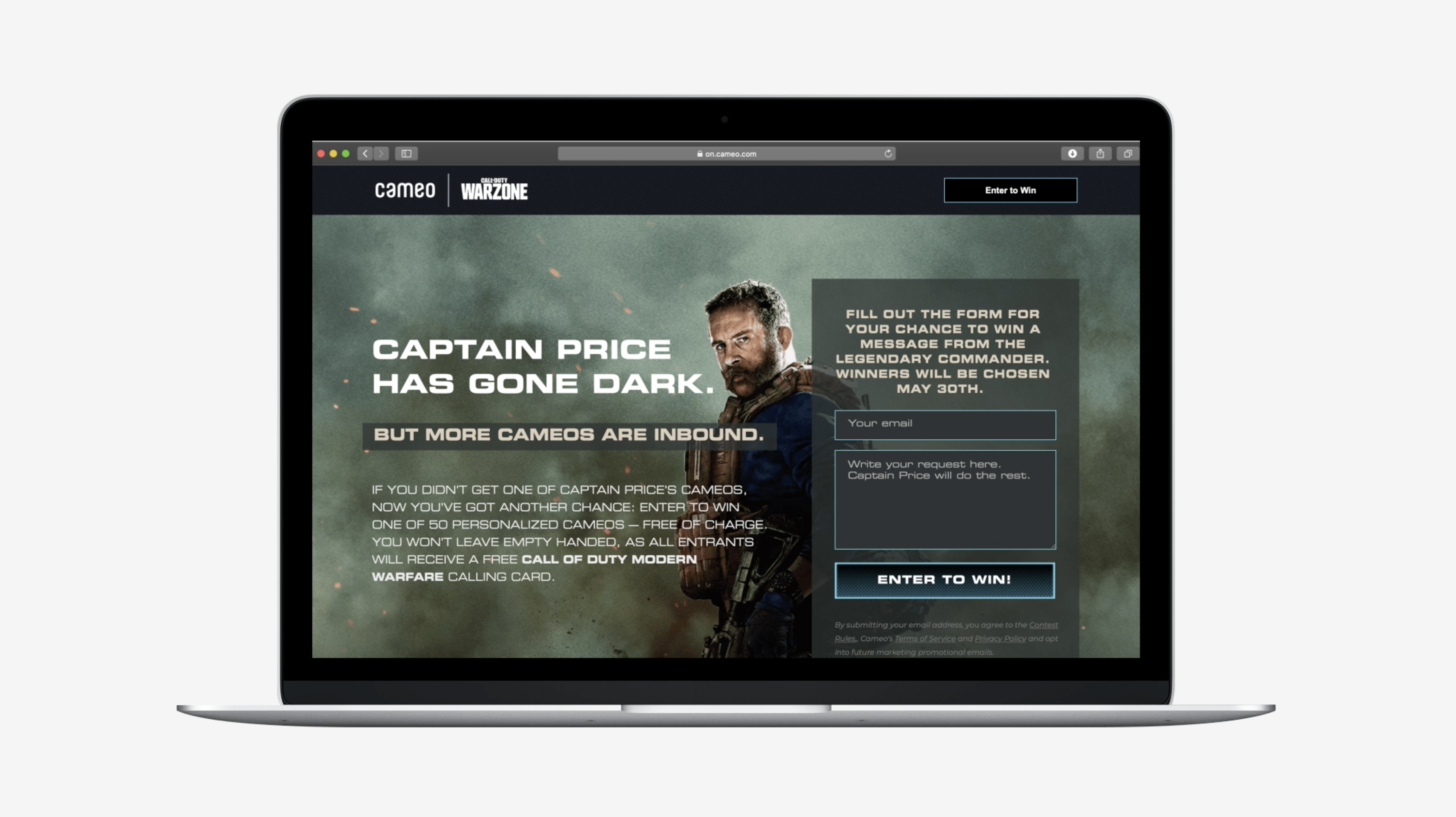 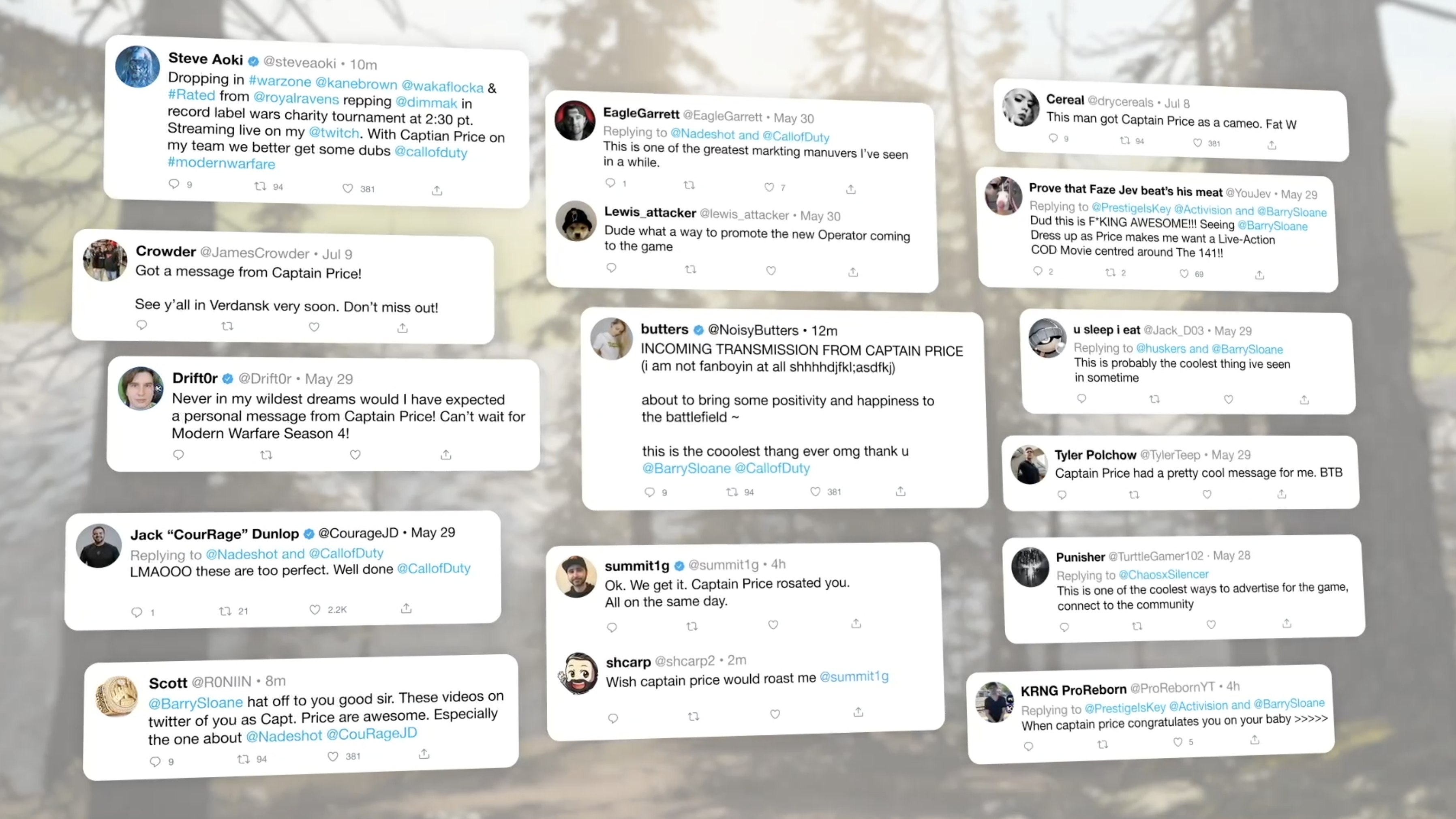