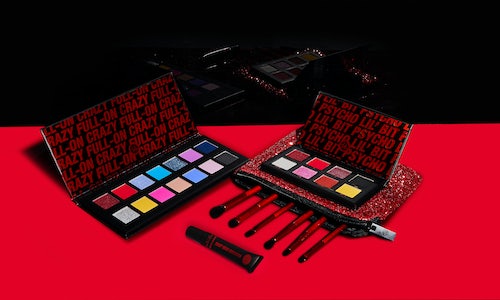 Despite 2020’s tone, BH Cosmetics wanted to give their fans something to inspire creativity and celebrate makeup’s biggest holiday, even if it looked very different this year. The brand did this via a unique Halloween product drop called the “Drop Dead Gorgeous” collection. While this was planned before COVID-19 was on the radar, BH knew their customer base (Gen-z and Millennials) were still hungry for high-quality, accessibly priced products that would allow them to produce Instagram/TikTok/YouTube-worthy looks. The goal was to create a collection that allowed Halloween fans and makeup lovers alike to go big or go home, regardless if they were actually sitting at home, and instead take to social media to show off their looks since they couldn’t party in person.

While cosmetic brands are constantly looking at their holiday collections in Q4, BH wanted to specifically add Halloween to their docket as they knew their young consumer values the creativity that comes with the anything-goes expressive freedom of Halloween.

BH Cosmetics began the creation of the Drop Dead Gorgeous collection in October 2019.  Inspired by killer vixens such as Jessica Rabbit, the Bond Girl villains, Poison Ivy, Lorraine Broughton and more, this collection was created to allow any and every one to unleash their inner slayer.

As part of this collection, BH launched 5 different SKUs. This included their core categories shadow palettes and brush sets with the Full-On Crazy 14 Color Eyeshadow Palette, Lil’ Bit Psycho 8 Color Eyeshadow Palette, and Killer Queen 6 Piece Brush Set, as well as an innovative Glitter Blood plus a unique collab with the BH x Get Stonned Drop Dead Gorgeous Gem Set. The collection was offered on BH’s d2c site, on both Ulta.com and BeautyBay.com and also predominantly displayed on ULTA’s in-store Halloween tower (only one of four brands to do so). This omni-channel mix played an important role in the brand’s overall success.

BH brought a large number of diverse talents to help create all the content for this launch. This included makeup artist Megs Cahill (whose Get Stonned brand has adorned the likes of celebs such as Arianna Grande), macro influencers such as @TheeRealKarlaJ and @TheFashionFreakk (each with social audiences well past 1MM), and 30 additional micro to mid-tier influencers each expressing their vision of this Bombshell to Bitten vibe.

To hit the Gen-Z and younger-Millennial audience in a larger way than ever before, BH launched their first-ever paid TikTok initiative, #BHdropdeadgorgeous. This campaign was reflected in the initial marketing promotion on BH’s social pages first in September, showing the glamourous “Bombshell” looks one could create using the products. By October, the content across all BH’s channels was transformed, displaying the Halloween visions that could be brought to life with these high impact products to get “Bitten”. The TikTok community was encouraged to do the same in short-form transformative Tiktok content, playing directly into a key platform trend.

Initial buzz was further generated by partnering with industry social experts @Trendmood1and @dupethat to elicit launch excitement for the collection. Product seeding to an additional 200 influencers with fans across multiple social platforms was sent to further boost EMV and social SOV.

Firstly, this launch garnered the social attention and consumer buzz that BH had hoped for with its first-ever Halloween collection, garnering close to $20MM in earned media value across its Sept and Oct push. According to a Similar Web representative, BH’s Drop Dead Gorgeous Collection was cited as being the “number one stand out beauty company” when it came to online searches for Halloween Makeup.

And the sales results followed. The brand hit landed at 85% to original forecasts targets that had been created pre-COVID, a great achievement given that Halloween did not happen IRL in 2020. Both retail partners Ulta and BeautyBay were very pleased with the collection’s performance, and have already confirmed to support BH’s new 2021 Halloween collection as an anniversary to this success. 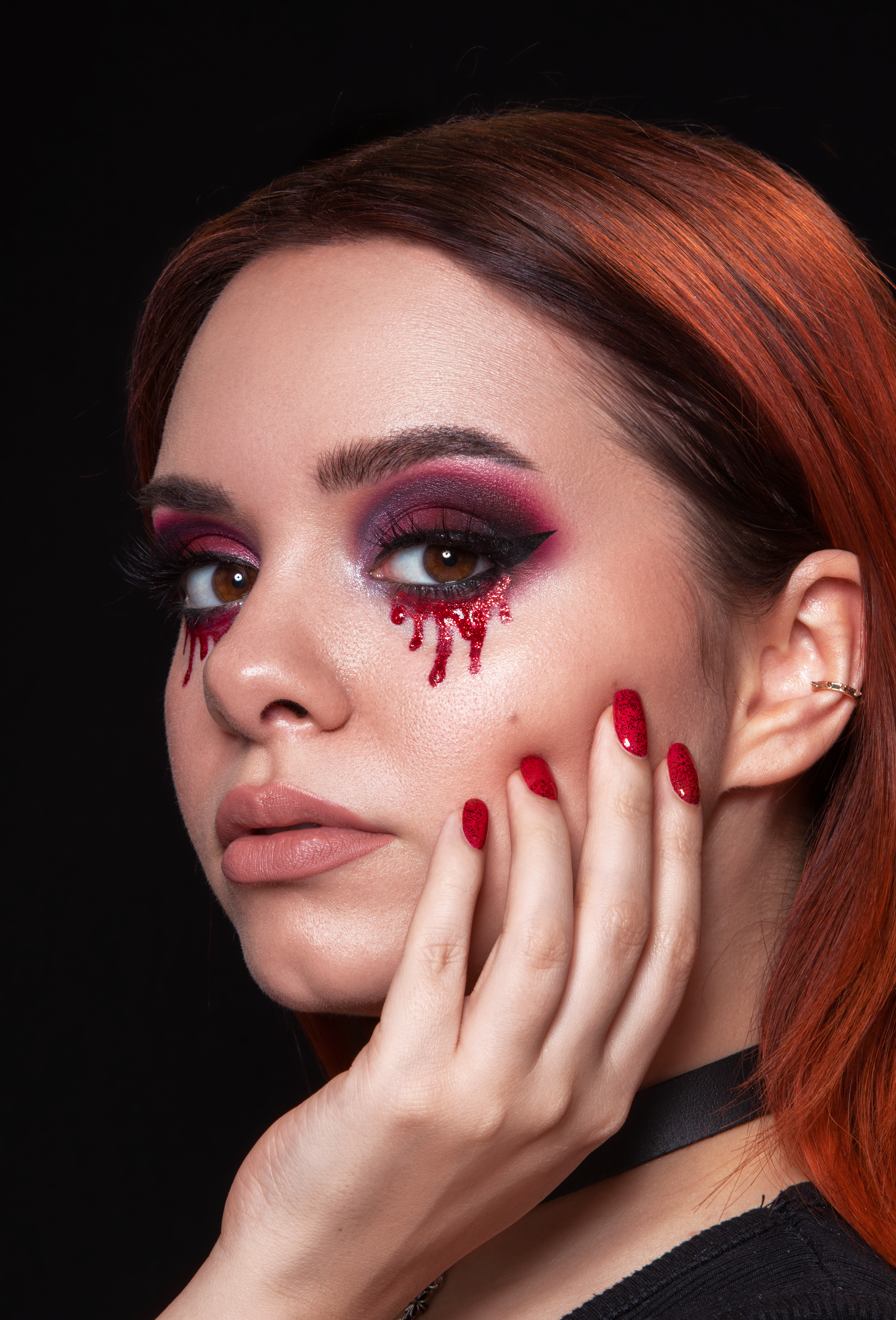 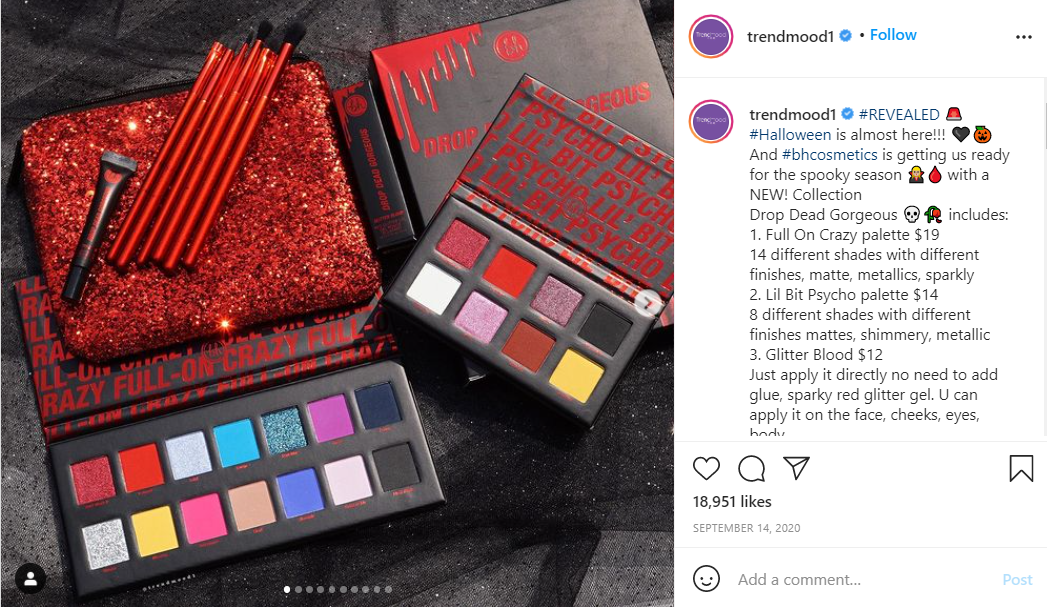 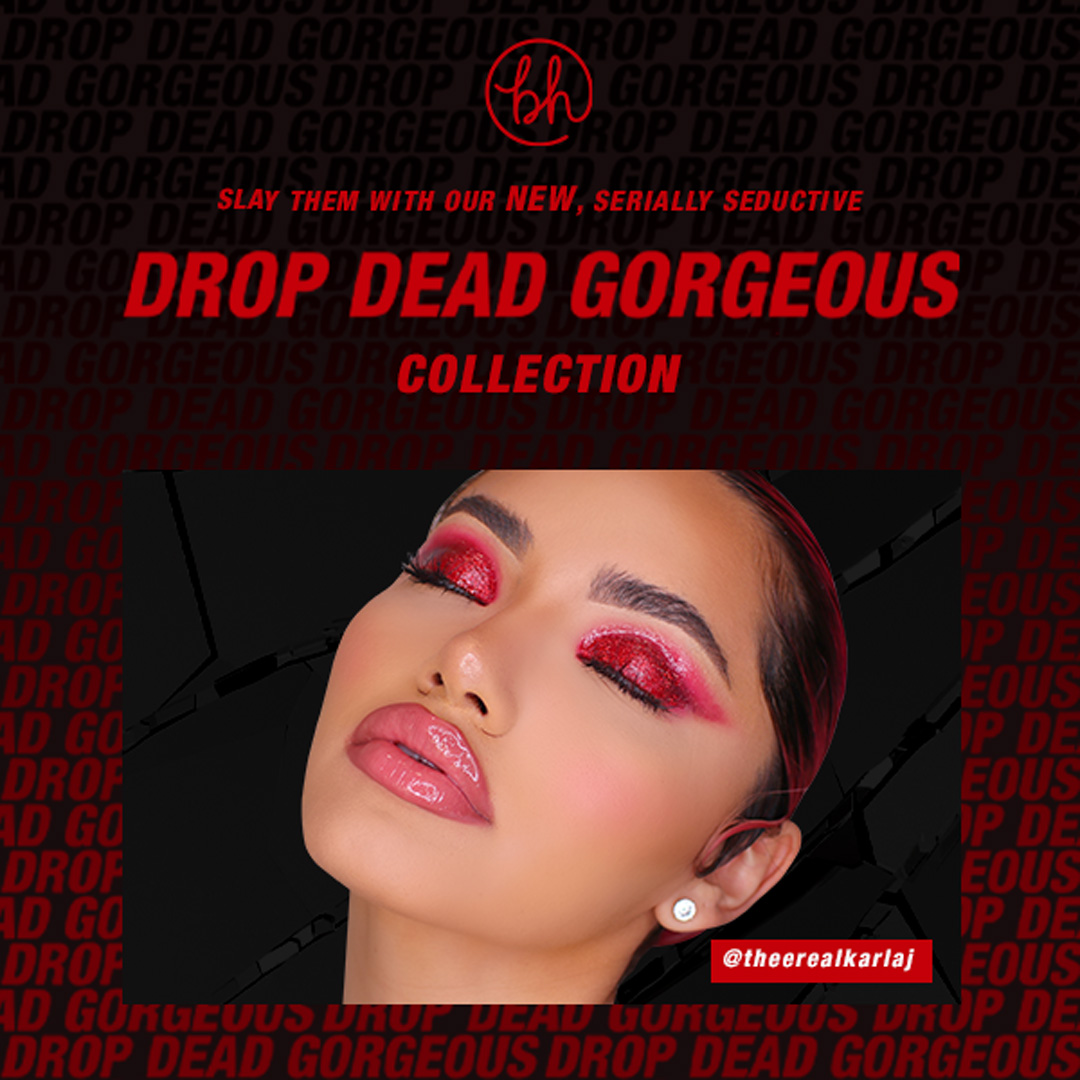 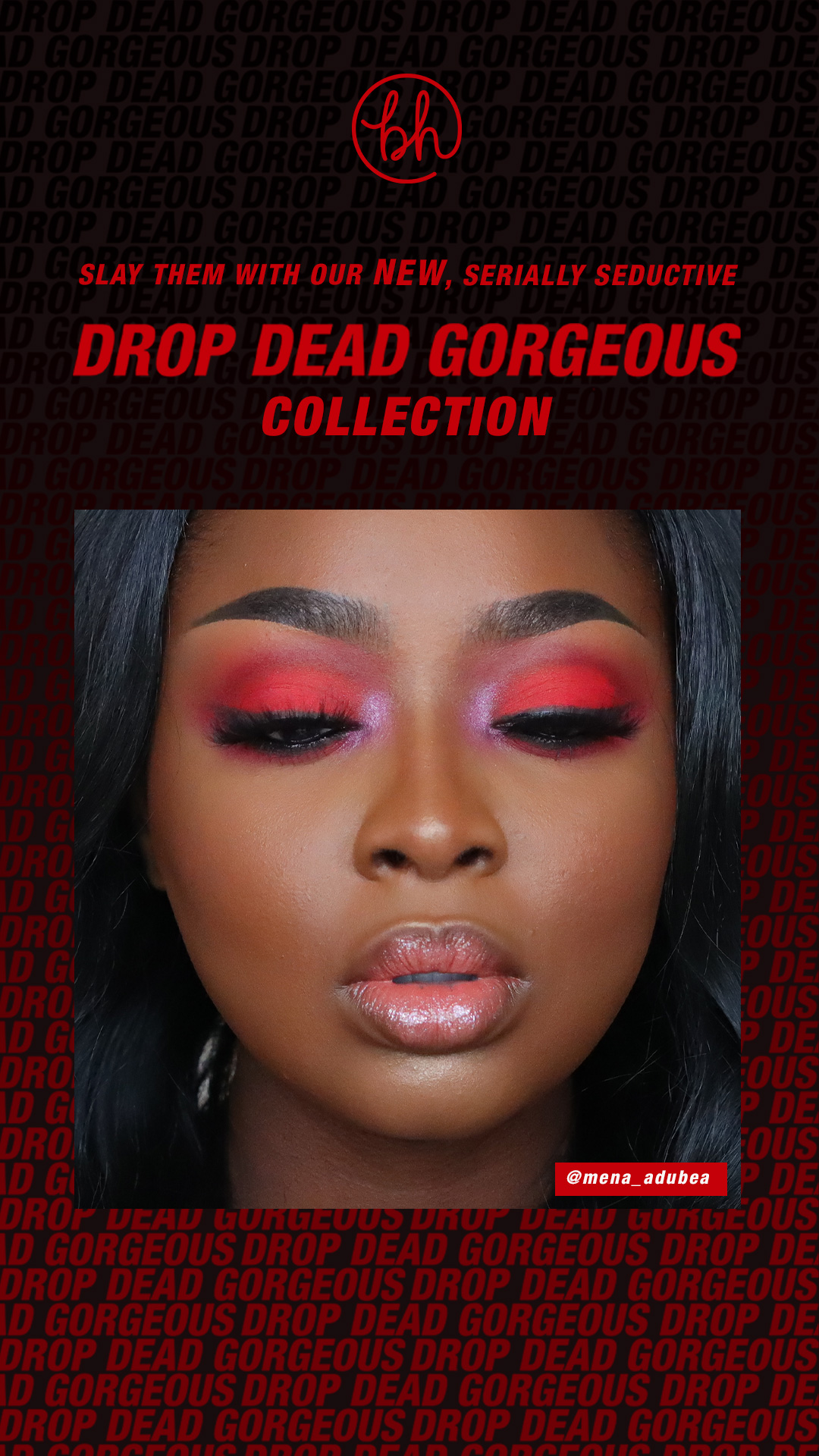 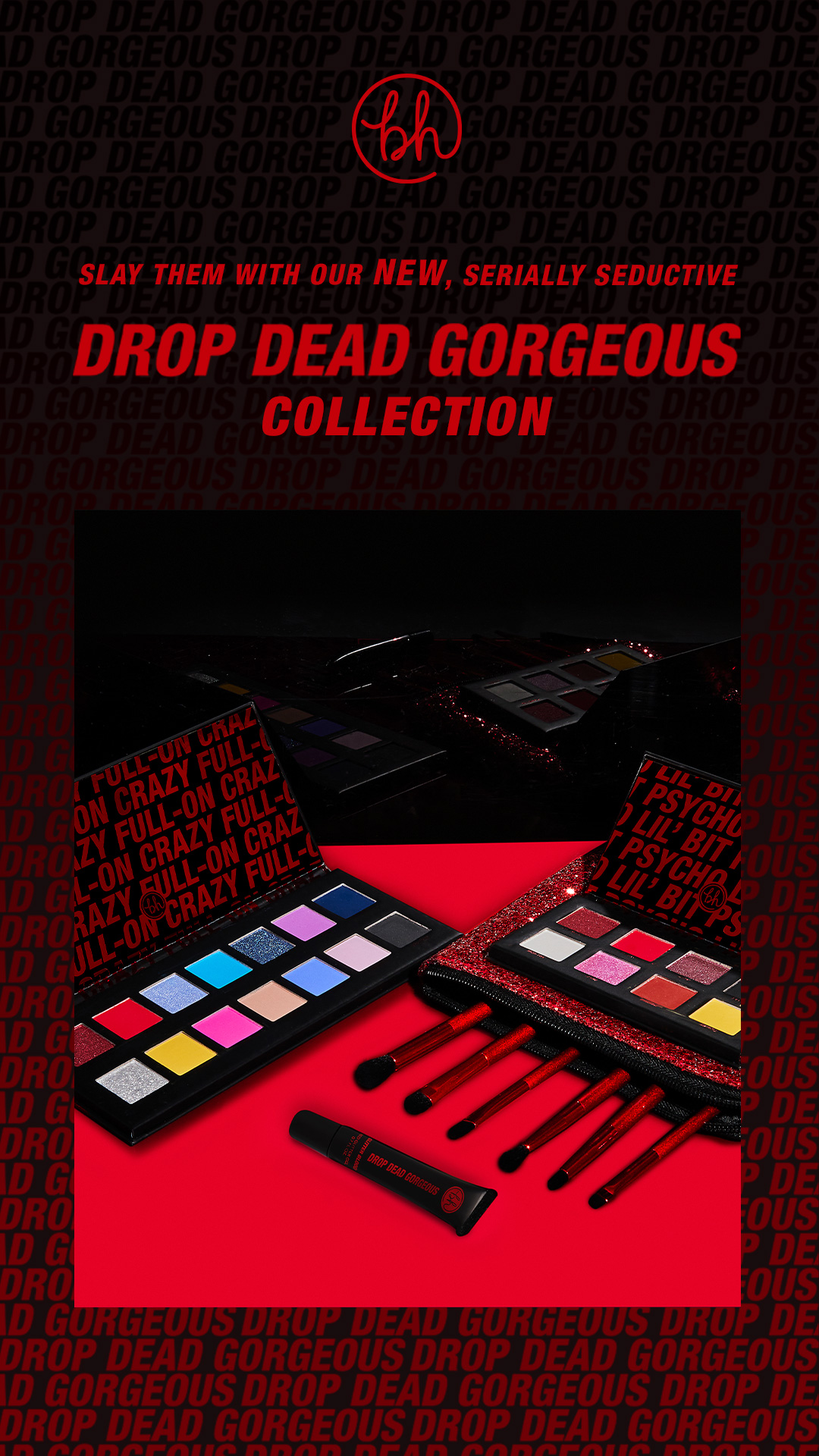 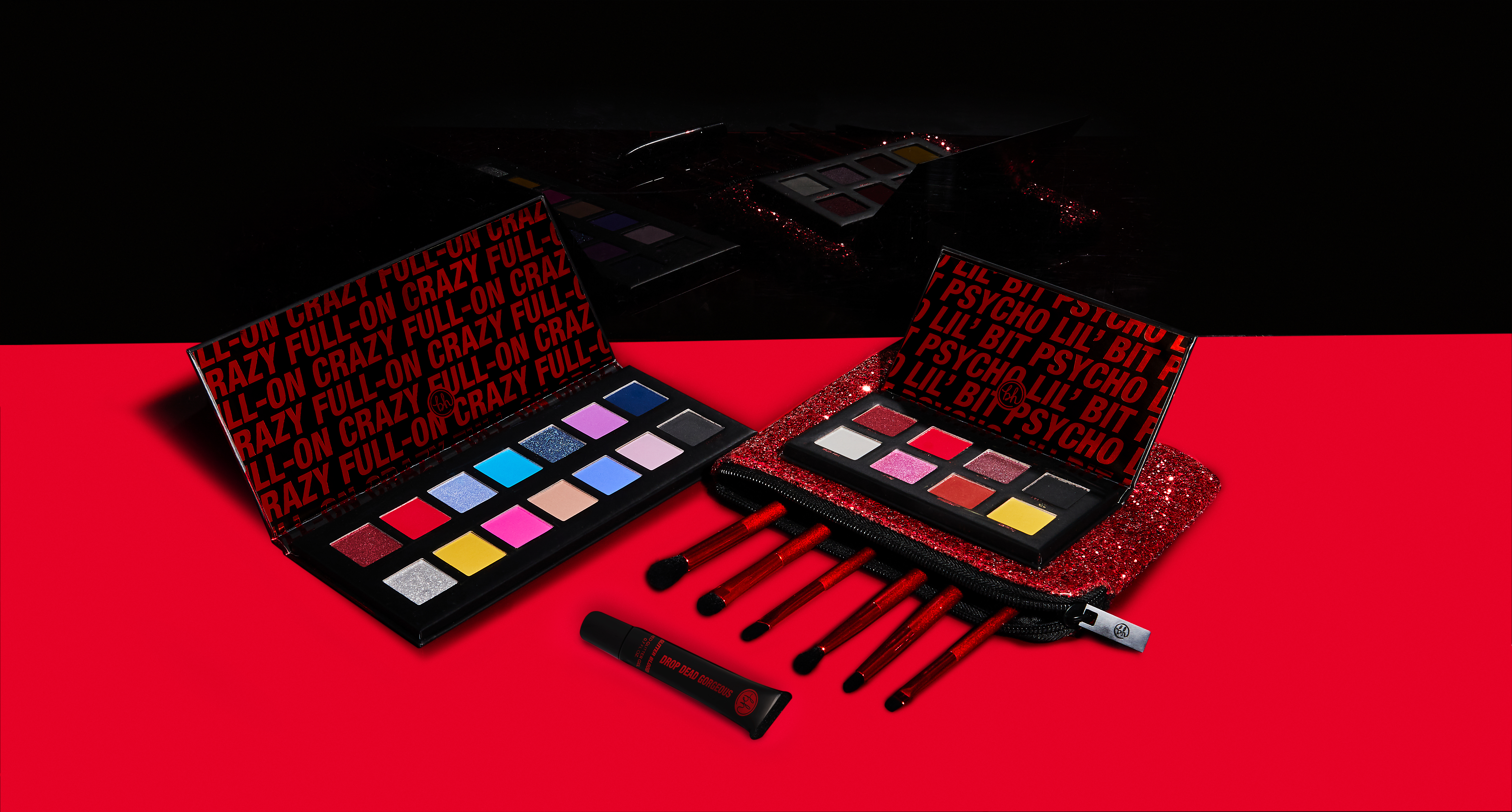 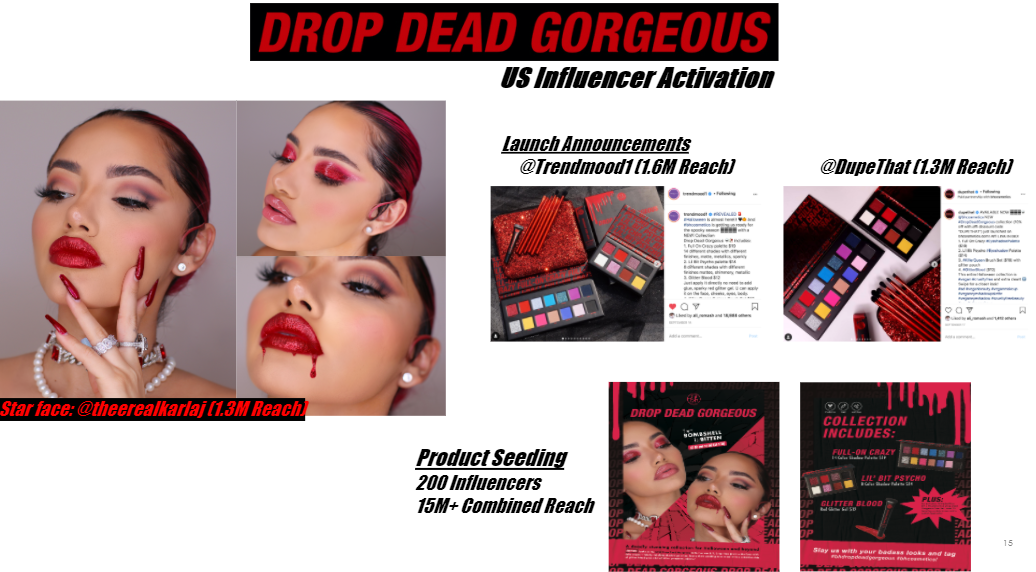 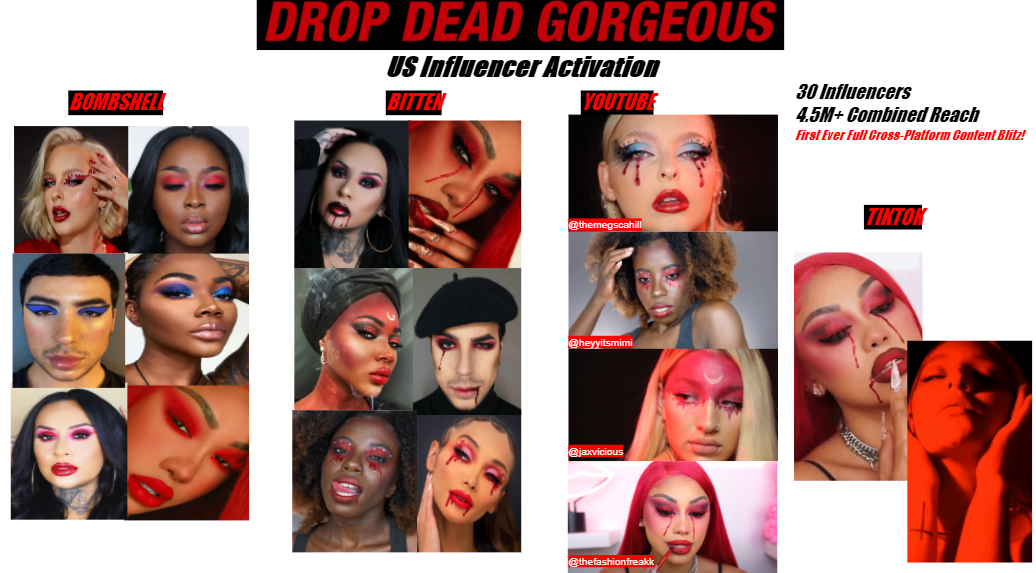 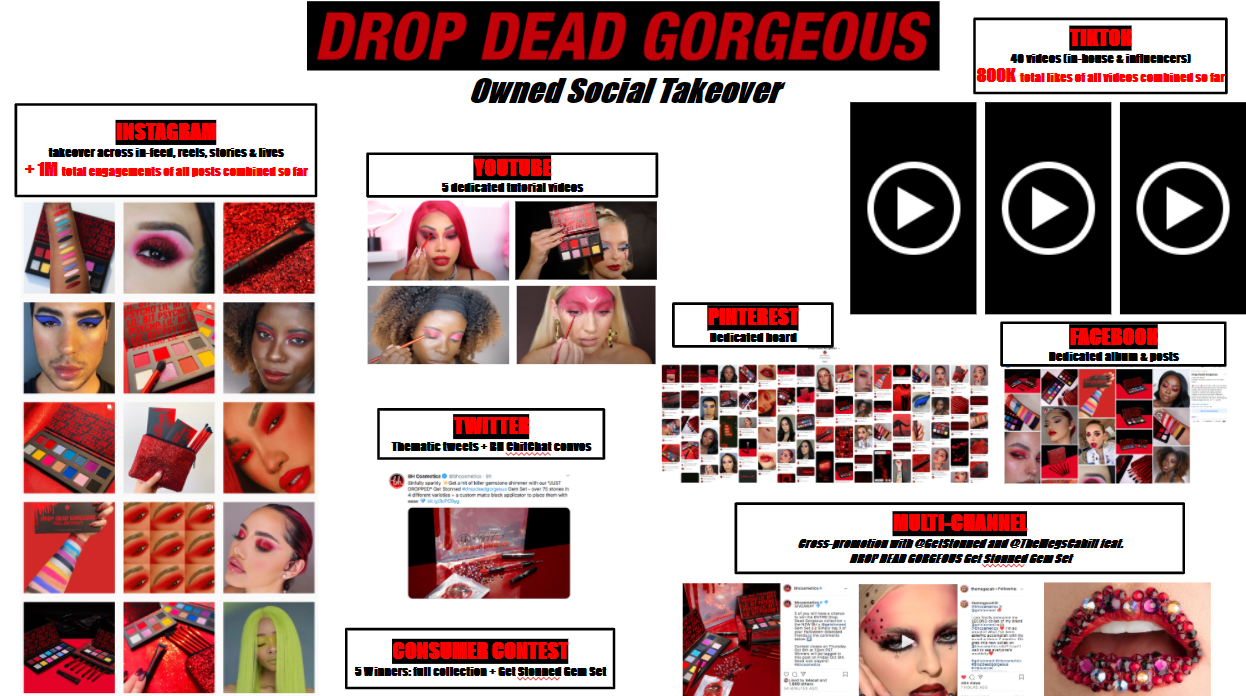