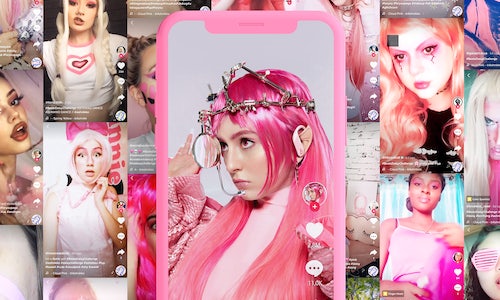 Beats by Dr. Dre Taps Into The Sound of Colour

Founded in 2006, Beats by Dr. Dre quickly became the world’s most popular headphones brand by partnering with a number of iconic celebrity endorsers. But by 2020, the brand’s playbook needed to adapt to connect with a younger generation that was finding entertainment outside of mainstream media.

Many Gen Zers were introduced to the Dr. Dre brand through the headphones first, rather than the iconic rapper himself. With a new line of colourful Powerbeats Pro headphones ready for launch globally, Beats needed more than its co-founder to drive engagement with young audiences around the world.

Our plan was to meet this audience on their terms on their social platform — TikTok — and in a way that would drive awareness and engagement for Beats’ new colourful product line. Gen Z engages with brands that represent authenticity and creativity, fueling their desire to feel a part of something. That spirit of collaboration was absent in Beats’ tried and true playbook of celebrity endorsements. Furthermore, research showed that Gen Z shunned experiences that made them passive recipients of brand messages and instead loved brands that make them feel valued and listened to.

The Sound of Colour campaign invited TikTok users to contribute to the first music video made with user-generated content from the platform. Working with TikTok superstar Ashnikko, we challenged audiences to create colour-themed TikToks inspired by the new headphones to incorporate in her new single, Daisy — using the hashtag #BeatsDaisyChallenge. It was the perfect evolution of a brand that grew popular through product placement in music videos, combined with the popularity, reach and creative canvas TikTok became in 2020.

We recruited more than 25 prominent TikTok creators to seed the challenge and introduce Beats’ product suite to their audiences across four weeks in the US, UK, Nordics, France, Germany, and Russia. The multi-market, multi-language effort required careful execution as each market was launched with its own colourful product. In Germany, Selina Mour led the dance challenge; France’s Lenna Vivas shared her expression in pink, and in the US and UK, Abby Artistry released two videos incorporating the blue headphones garnering more than 4 million views.

The effort was supported by a phased rollout of TikTok paid media, including promoted banners and hashtags, a hashtag challenge page, TopView, and in-feed videos to increase visibility throughout the app.

The response was as meteoric as TikTok’s own growth during the global pandemic. Within the first five days of the campaign, #BeatsDaisyChallenge exceeded 1 billion views, becoming the top-performing hashtag challenge on any platform (excluding those running in India, where TikTok is banned). By the end, the hashtag challenge achieved 7.1 billion views worldwide, exceeding goals by 391%.

Paid media exceeded views goals by 546%, driving engagement among our target more than 460 million times while increasing brand lift across markets. In the US and UK, brand awareness among surveyed TikTok users jumped 15% and 16%, respectively, while French users rose 44% and saw a 100% lift in ad recall and German users responding with a 95% lift.

Most importantly, we engaged a notoriously difficult-to-reach younger generation to not just view Beats’ content, but to actually make their own content in response, driving real engagement. We blew past goals as more than 2.1 million TikToks were uploaded, the best of which were selected by Ashnikko to be edited into her music video. The campaign was picked up by over 70 press titles, including Nylon, Vogue, Rollercoaster and Wonderland. And the finished Ashnikko video itself has 70 million views on YouTube. 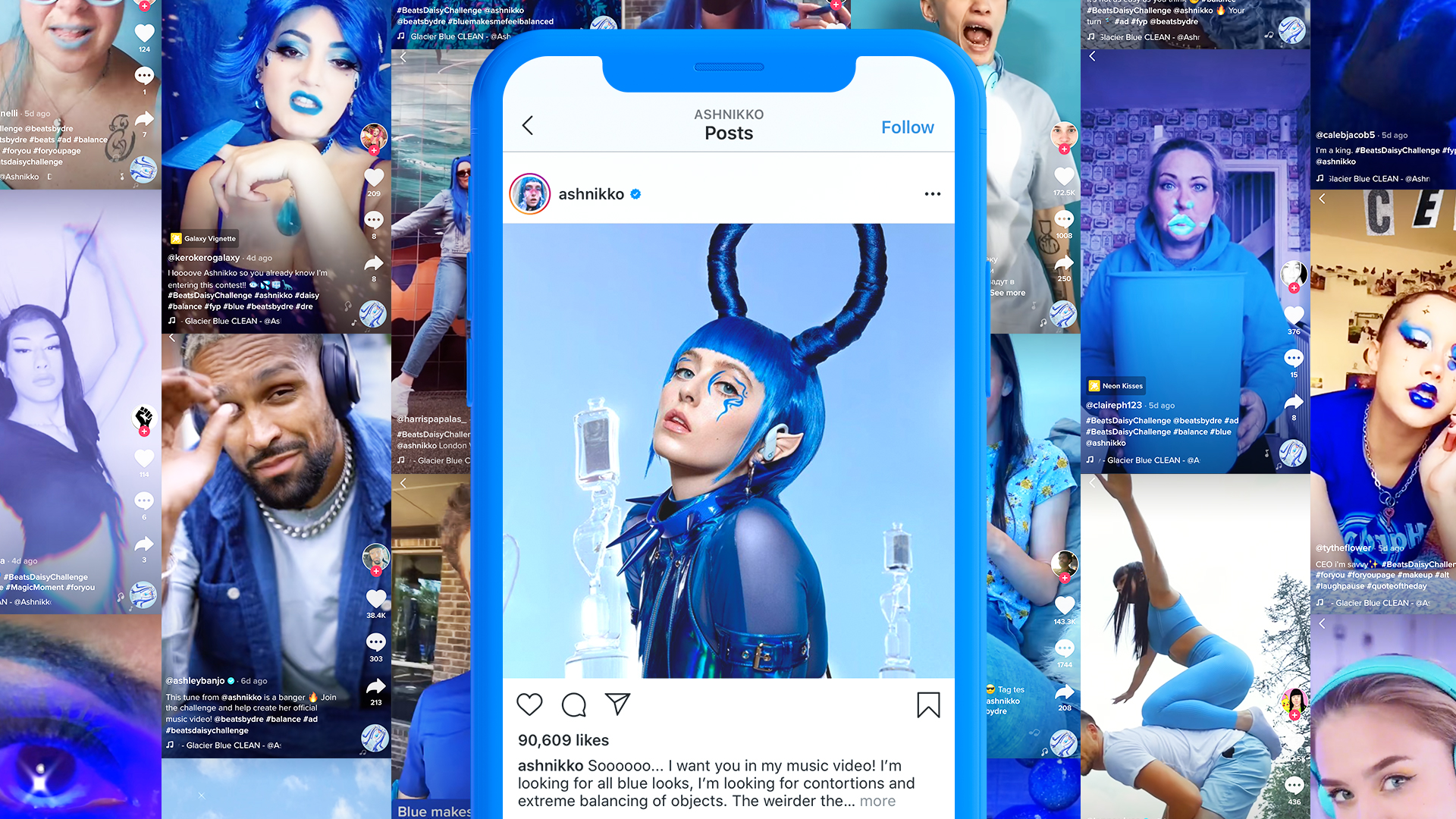 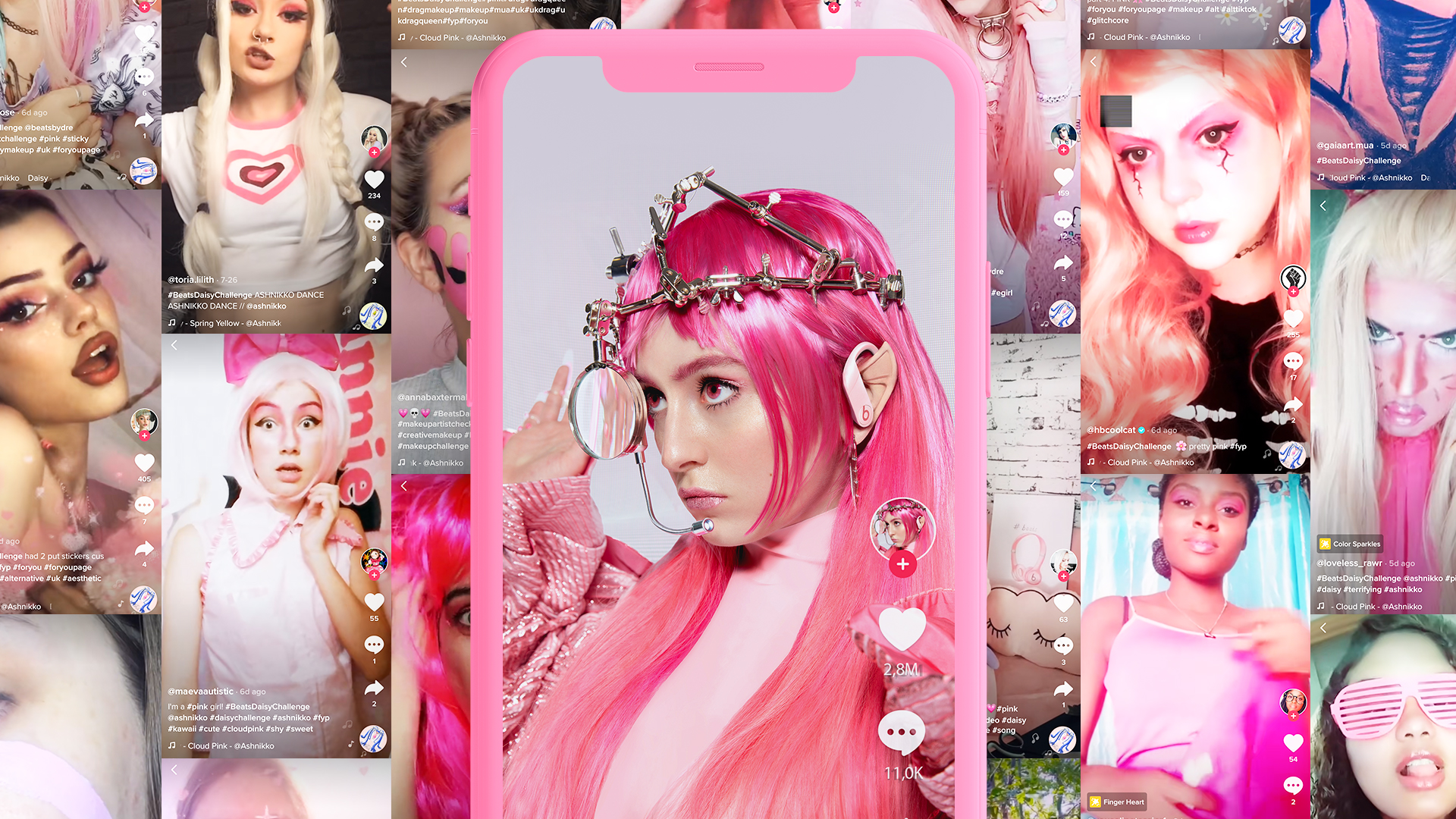