Doctor Who: Take The TARDIS

BBCA challenged us to surprise fans for the return of Doctor Who, now played by Jodie Whittaker, with a stunt to drive event viewing and linear + social engagement.

Our campaign for the premiere brought the TARDIS to viewers at home and in cinema using augmented reality.

We made fans’ dreams come true by giving them what they’ve always wanted, the Doctor’s TARDIS. The campaign originated via three key engagement points: Linear TV, In-Cinema, and Native Social.

During the much-anticipated broadcast premiere of Doctor Who on BBCA, a custom spot created specifically to deliver fans the TARDIS teased our effort with actual show footage and directed viewers to scan a QR code on screen with their mobile camera.

Scanning allowed fans to instantly open the show’s TARDIS, the infamous time machine that all superfans recognize, in full 3D right in front of them. The experience was created so it could be opened natively or directly into an Instagram story for easy sharing.

The move was a first in a renewed opportunity with AR - where previous efforts had been slowed down by having audiences first download an app in order to engage, the technology is now native, and has scale and aligns with current user behaviors today - engaging with AR effects, lenses and experiences.

When our premiere night results were tallied, the AR play was a clear success. We saw a nearly 3% engagement rate overall that resulted in 140k earned impressions. More interesting was maintaining solid engagement data throughout the user journey. Of those who opened the experience, 25% actually captured photos or video. Of those who captured photos and video, 25% shared the experience.  We also saw a huge bump on Twitter with fans rushing to post their experience with other fans, despite no Twitter native share component. Fans just had to show the TARDIS in their living room.

Video for Doctor Who: Take The TARDIS 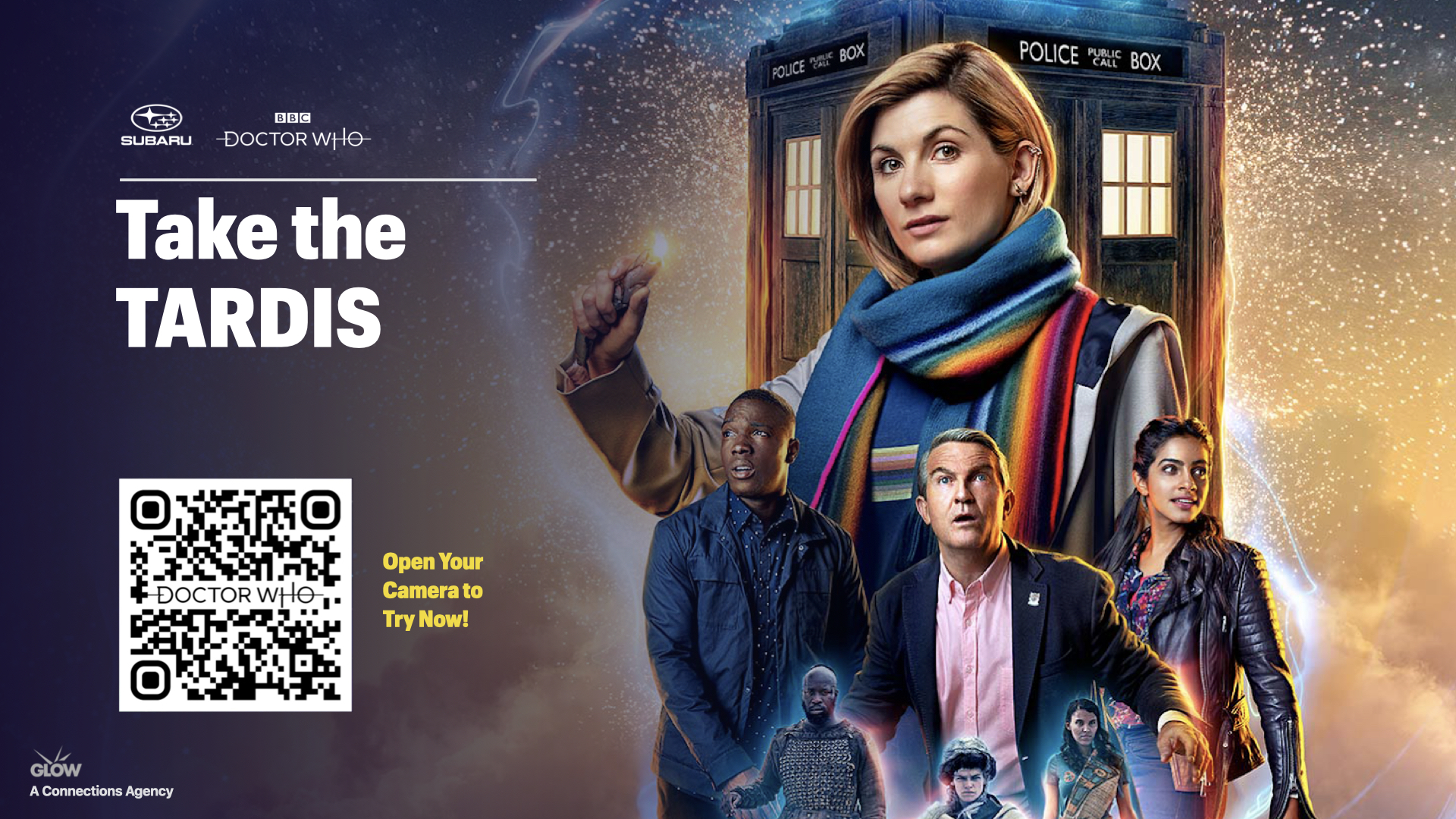 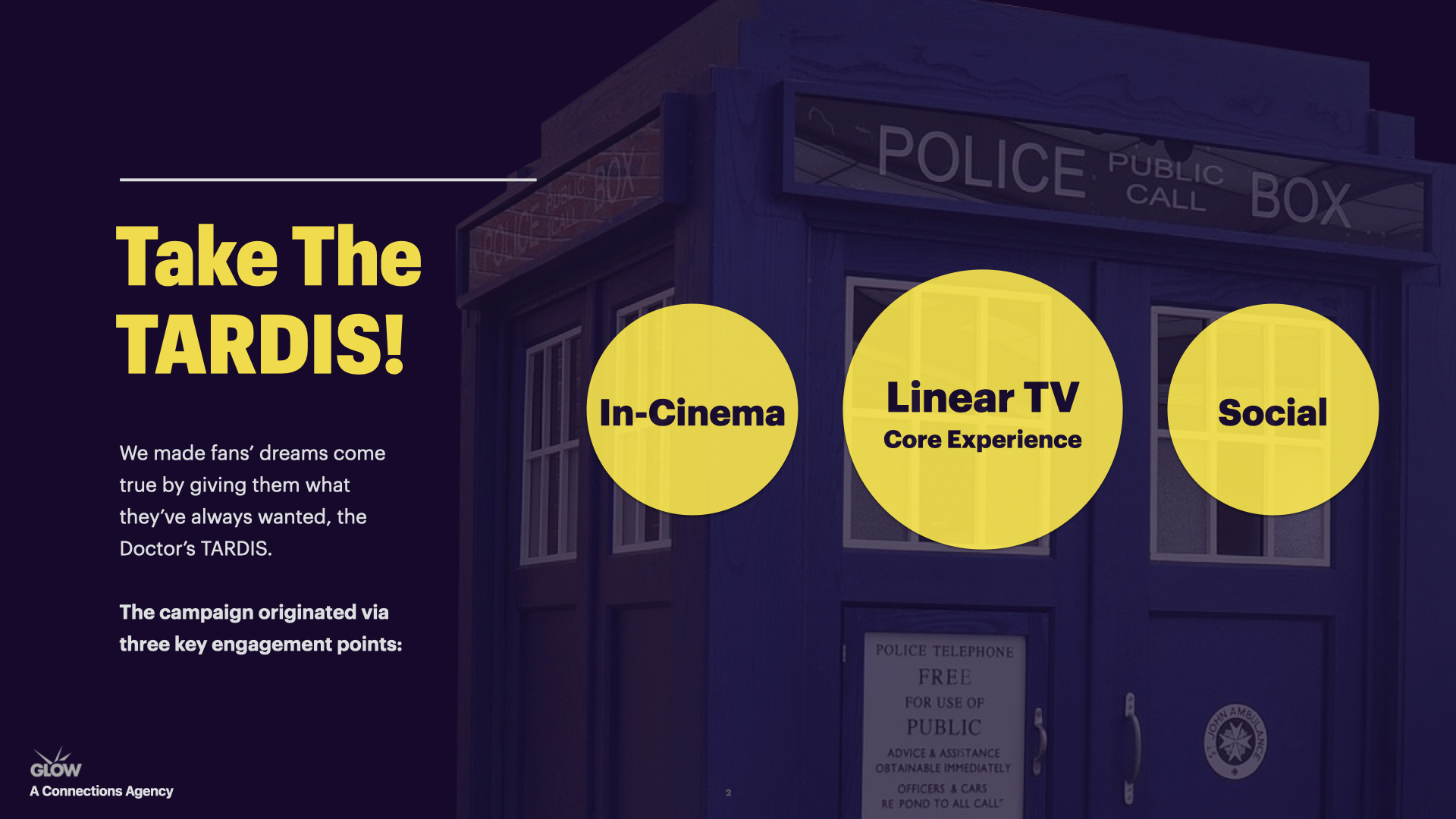 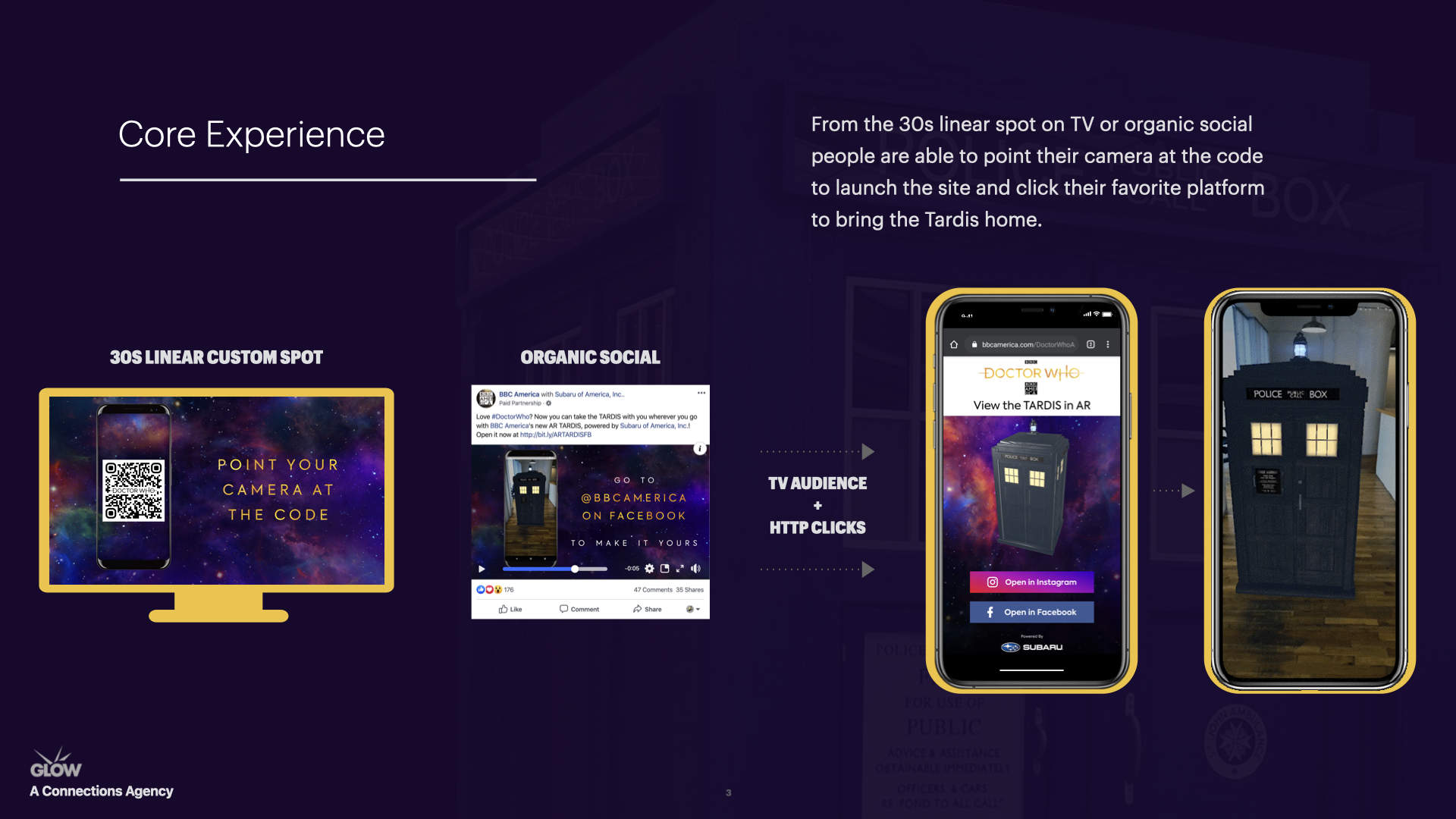 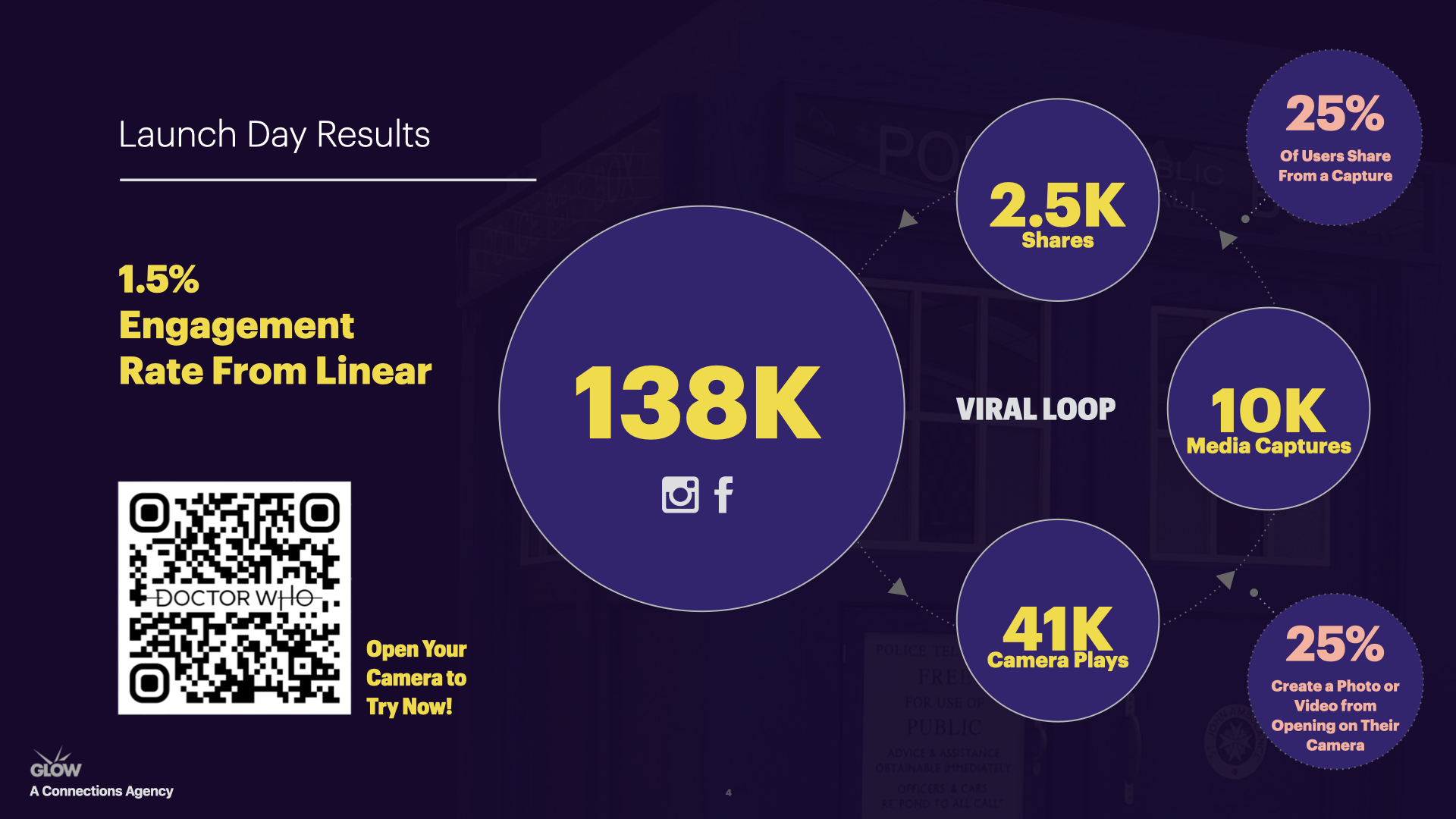 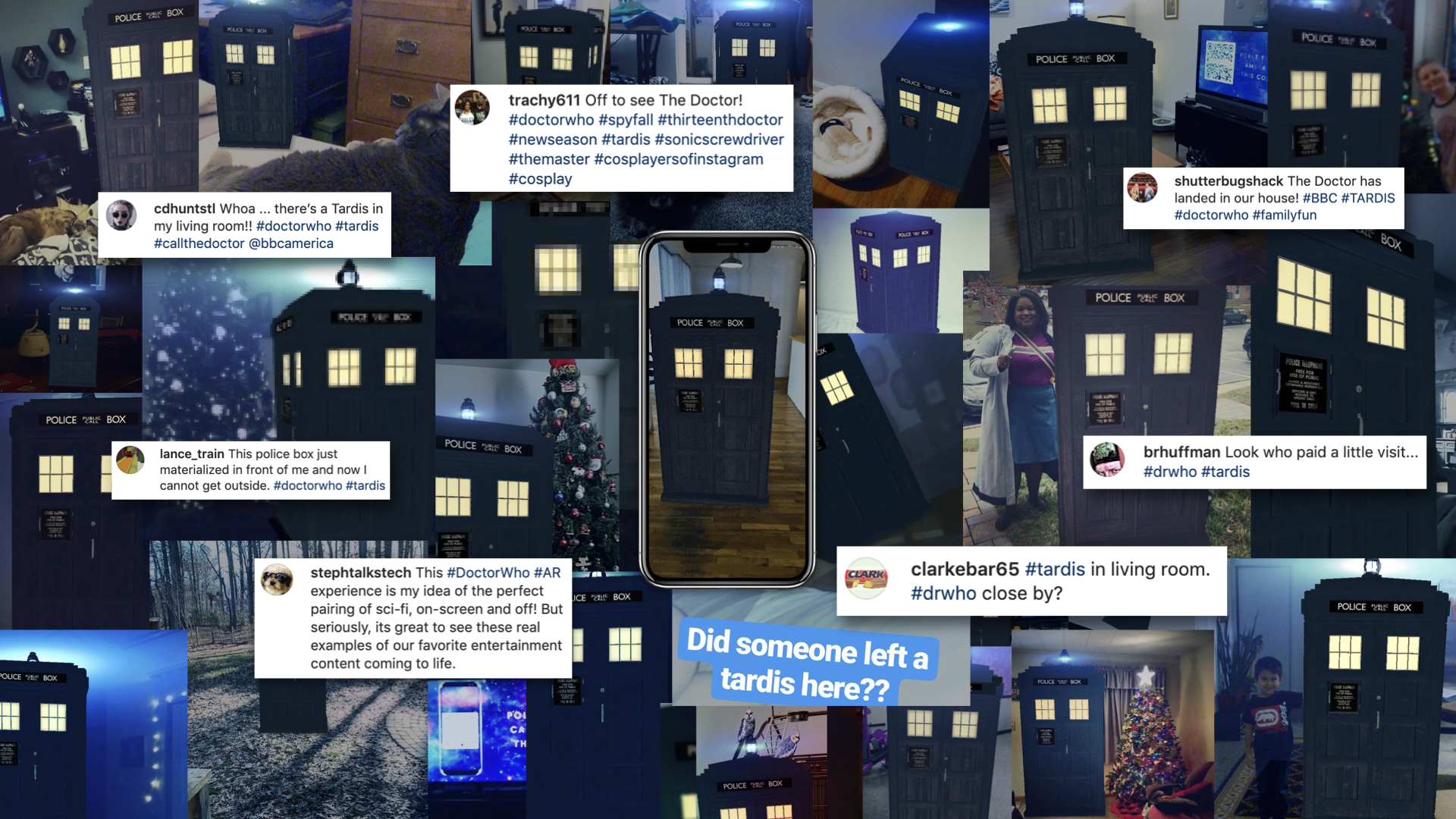 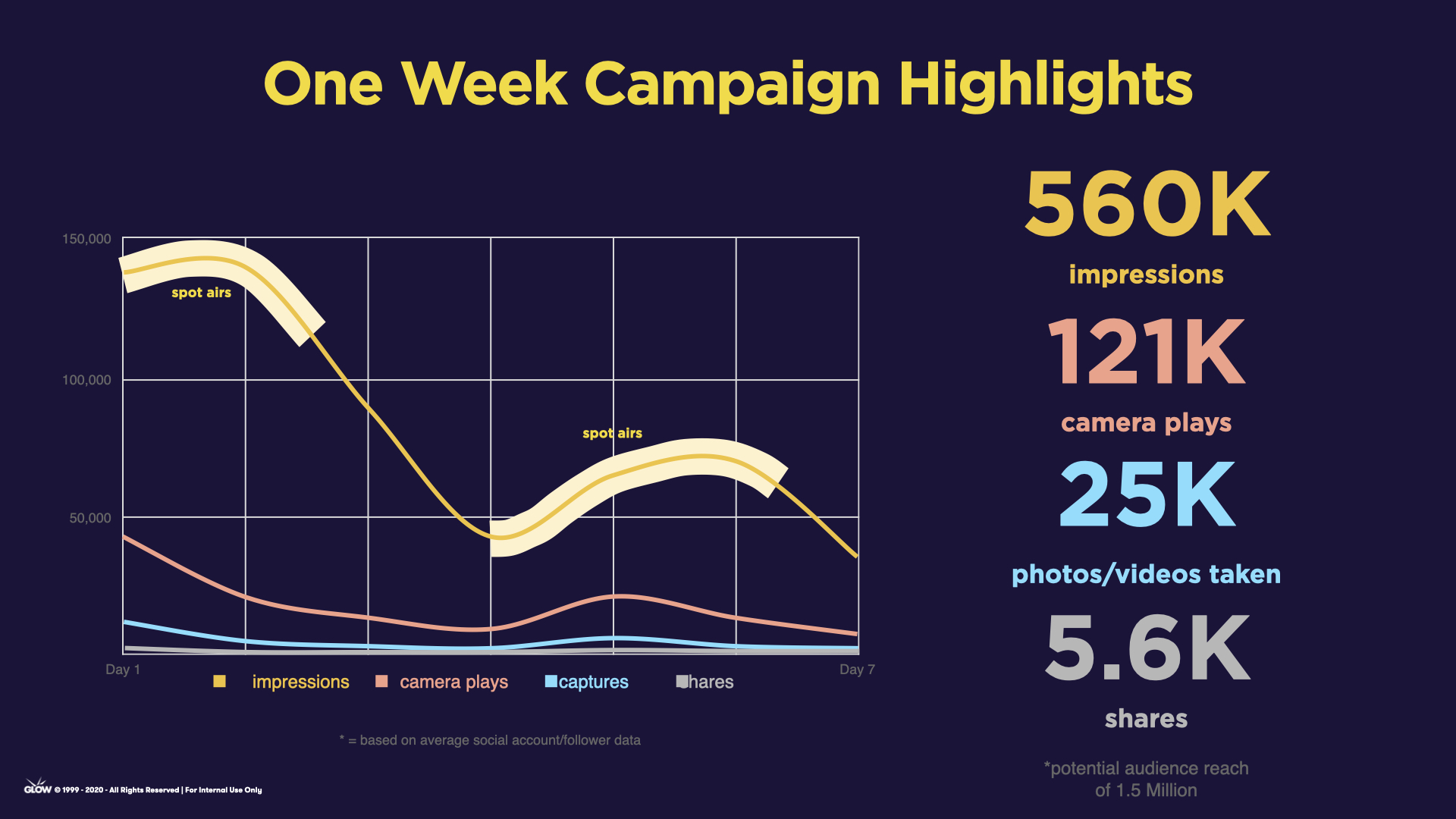 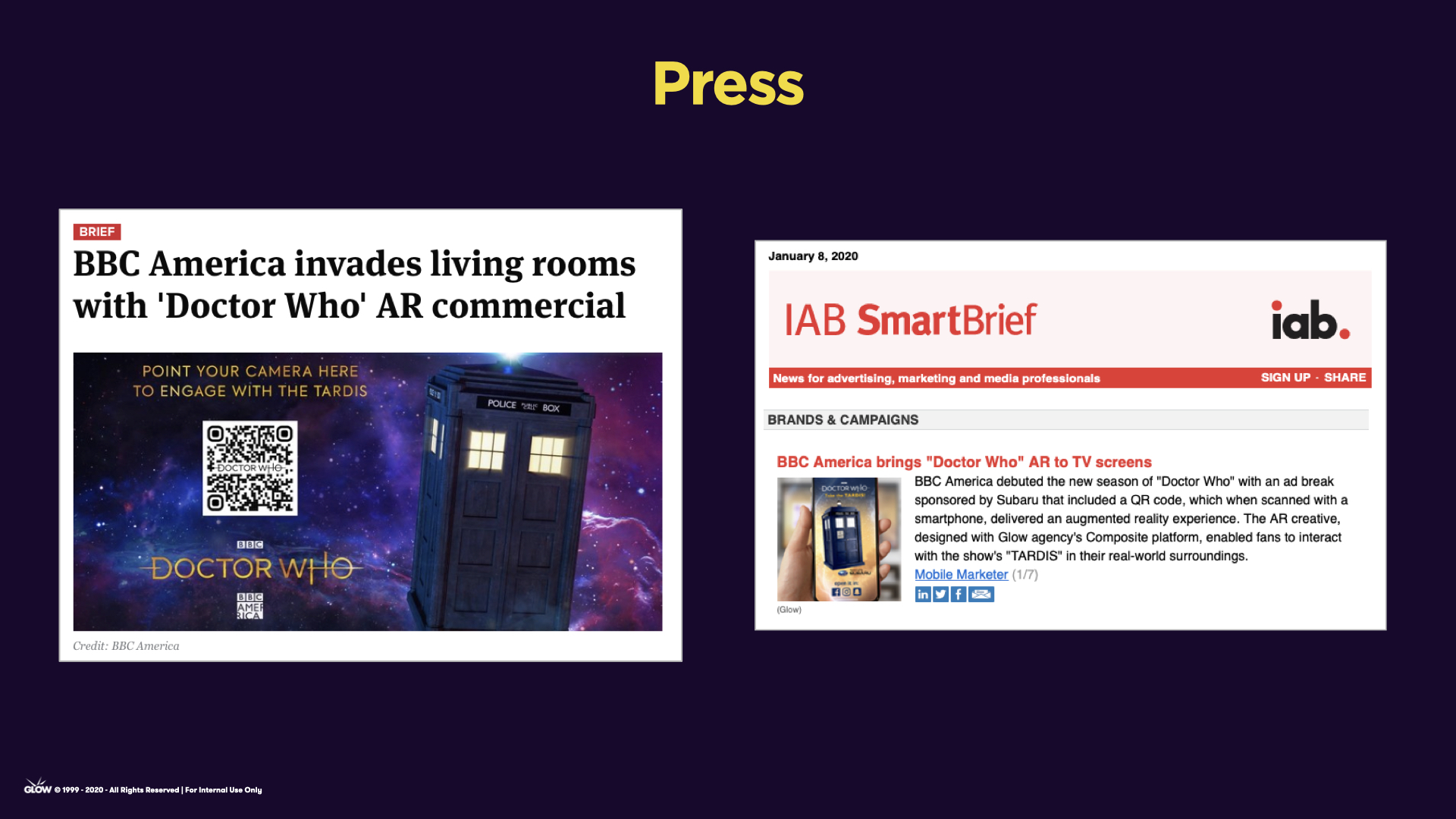 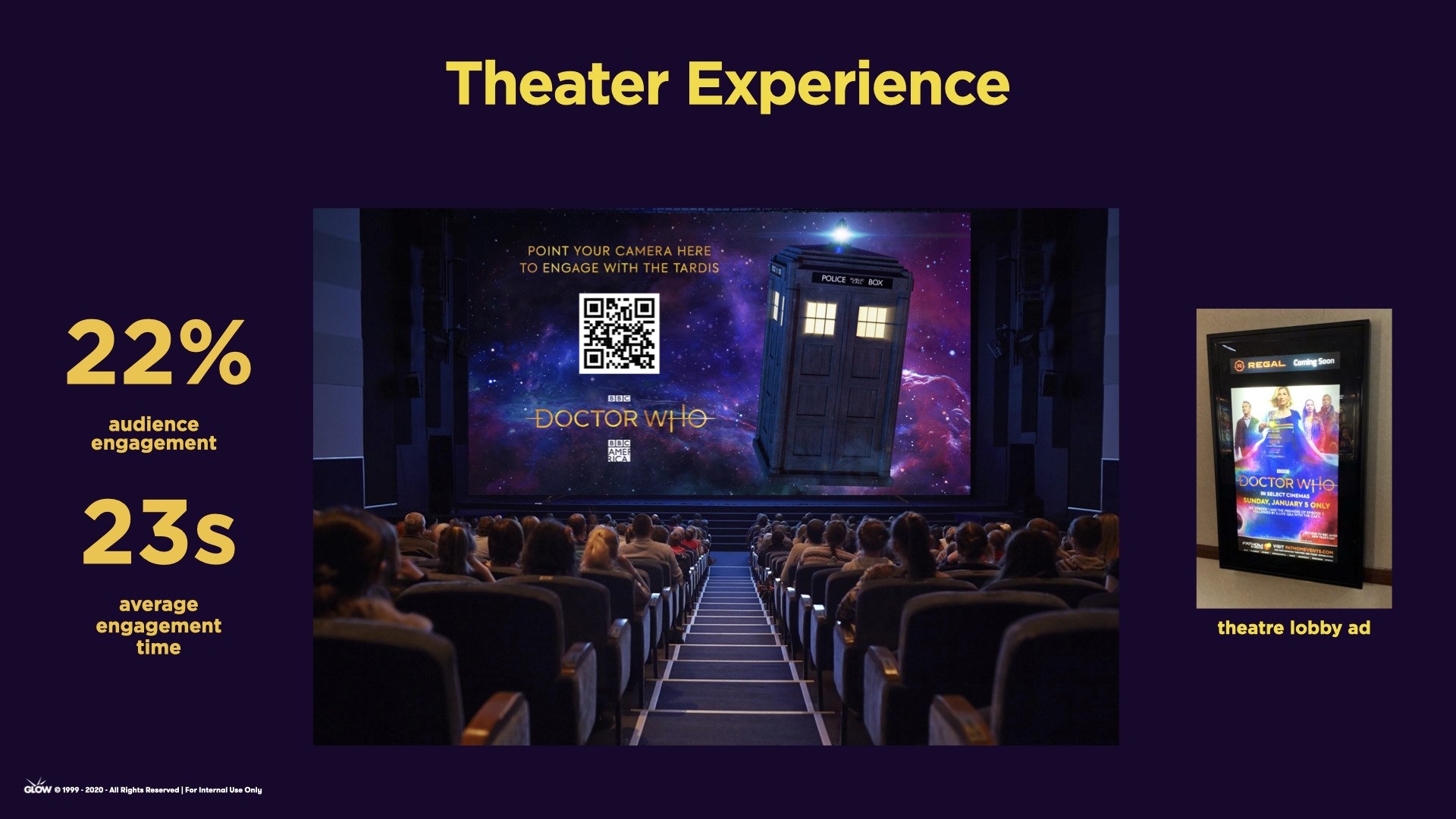