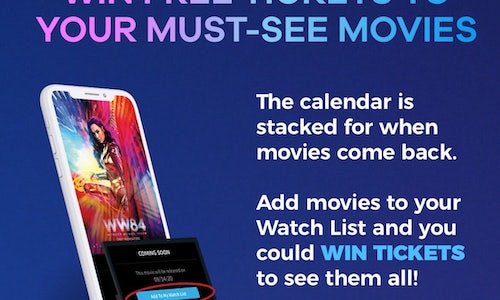 In March of 2020, the spread of COVID-19 forced the closure of many businesses, including movie theaters. Without theaters able to screen movies, studios delayed their content to later in the year. During this challenging time, the startup movie ticketing app pivoted from promoting the purchase of movie tickets to focusing on keeping their audience engaged with other kinds of movie content like news, editorial articles and movie trailers. One of the ways Atom did this was by encouraging customers to use the Watch List feature.

By late April 2020, Atom designed the “Win Your Watch List” campaign with the objectives of educating Atom's audience on its “Add to Watch List” product feature and rewarding them for doing so. With the Watch List feature, movie fans can add upcoming movies to their personal Watch List which is saved to their profile and be automatically notified when tickets for that particular movie become available. During the “Win Your Watch List” sweepstakes, anytime a fan added a movie, they were automatically entered for a chance to win free tickets to see the films on their Watch List (10 winners would get up to 10 free movie tickets each).

The goals of the campaign were to keep our fans engaged, gather hyper-targeted movie preference data and build our email list so we could communicate with moviegoers about the titles that interested them the most, both during and post-pandemic restrictions.

To market the sweepstakes, Atom used its dedicated email and weekly newsletter to customers along with the company’s social channels across Facebook, Twitter and Instagram. The artwork included instructional graphics and simple directions plus suggested upcoming movies to build a Watch List. The launch email was also accompanied by a fun editorial feature on Atom Insider, the brand’s content platform, that detailed which movies were on the Atom Staff’s Watch List. Across social platforms, Atom engaged with fans by asking which movies were going on their Watch Lists.

Despite the challenges of uncertainty around when movies would be coming back, Atom leaned into its unique product feature and creativity to drive the excitement around upcoming movie titles, which was good for the industry.

The results for this campaign exceeded our expectations. In 30 days we received over 188K Watch List adds from over 26K unique Atom customers, which also equated to 188K opt ins for mobile push notifications for when tickets go on sale. For context, we averaged 22K Watch List adds per month prior to the sweepstakes, making for an increase of 733%.

With this sweepstakes, we were able to educate movie fans on a useful product feature, and we were able to learn about what movies our customers are most excited about. This information can help us drive meaningful content and engagement around those movies. Most Popular Movies Added To Watch List: 1. Black Widow 2. No Time To Die 3. Mulan (before it was released as a PVOD). 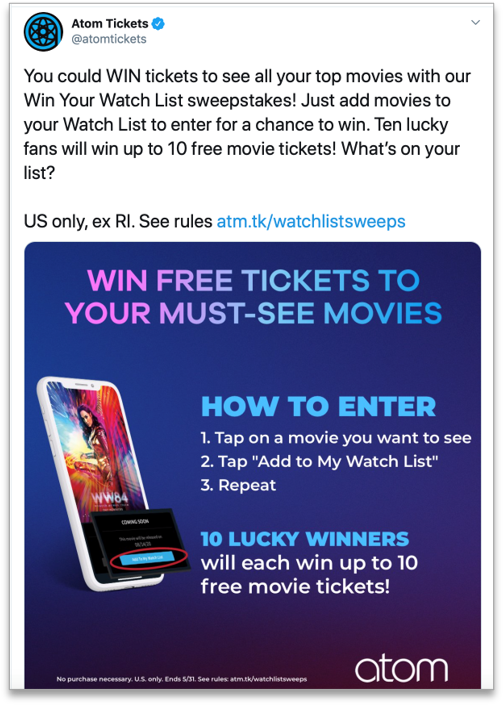 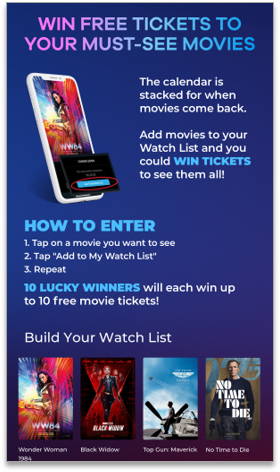 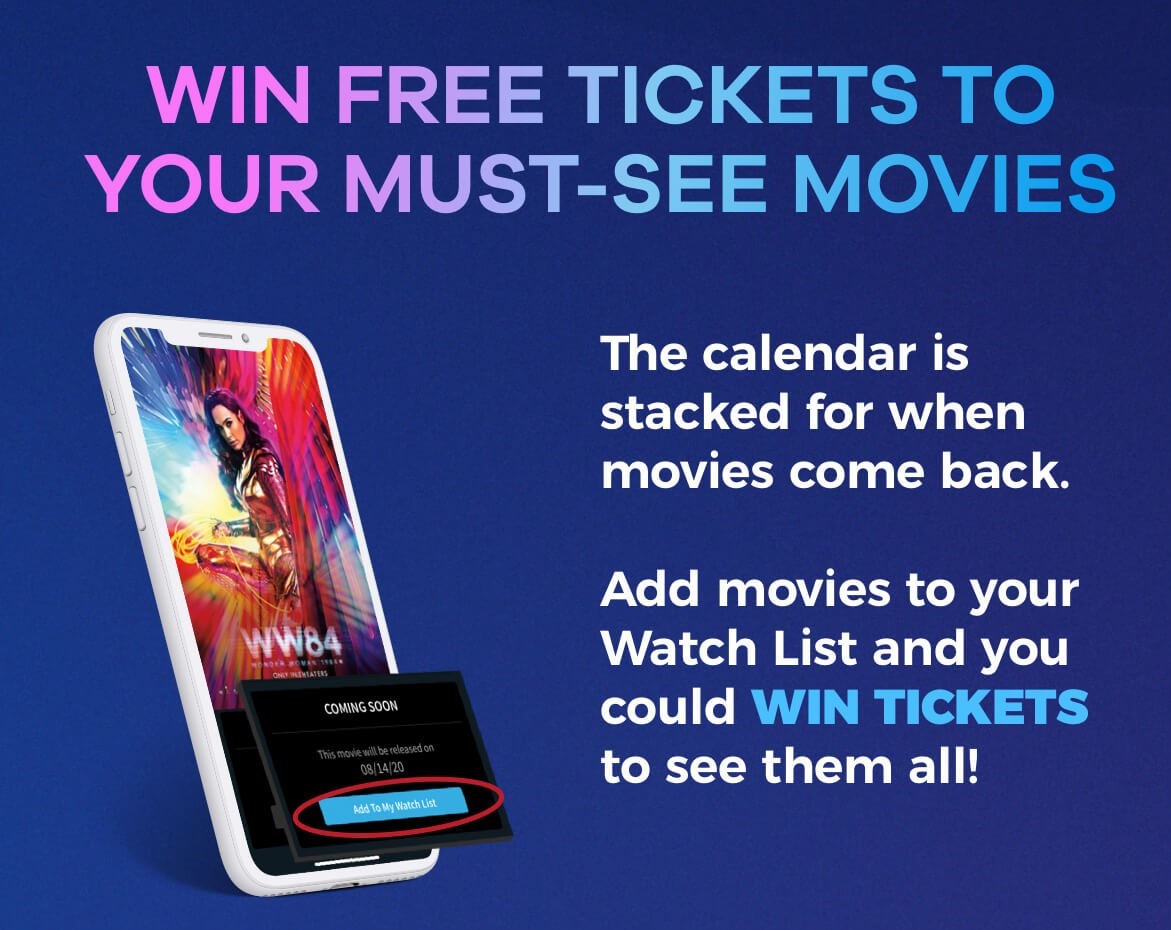