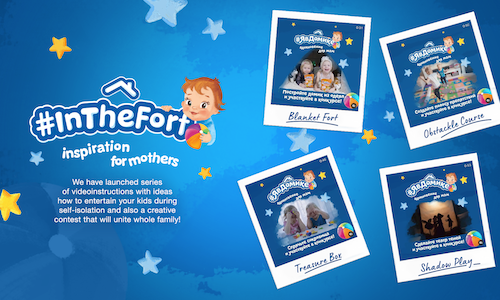 Agusha - #INTHEFORT - the title of which calls for staying at home as well as referencing children’s games (“I’m in the fort — I’m safe”).

The baby food market is highly competitive and today it’s important for the brand to not only be always on air and provide quality products, but also to be in contact with consumers and promptly respond to their actual needs outside of the brand's core business. Our main objective was to use branded social media to create an outreaching situational project relevant to the audience during the pandemic.

Due to the outbreak of COVID-19 people had to isolate themselves at home. Many brands had tried their best to entertain their consumers: online broadcasts of concerts, shows, etc. But no one thought of people having the hardest time in home lockdown: parents. Under these restrictions, little children were getting bored quicker than ever — and parents were having a hard time trying to entertain their kids. This is how turned the need to be homebound into entertainment.
For the Agusha brand, we’ve created a project #ЯВДОМИКЕ (#INTHEFORT), the title of which calls for staying home as well as referencing children’s games (“I’m in the fort — I’m safe”).

In just a few days, we created a series of four stop-motion video tutorials that offered various ideas for exciting and educational activities for children and launched a creative contest for parents. Our contractor was a real mother of two kids, and with her example she showed that children actually find these ideas interesting, and that it's easy to implement with tools at hand.

We were releasing weekly video tutorials on Instagram, while users were able to participate in a contest: upload a photo or a video with the project hashtag and show how you entertain kids at home, using either ideas from the project or your own. To stimulate interest in the project, we used our special formula to select ten winners each week. The winners would receive certificates for toys from the online shop. It was a unique experience for children and parents: using improvised means and simple instructions to spend quality time together.

Our project was launched in the first 2 weeks of lockdown. The timely launch and interesting format allowed us to gain twice the coverage we planned for the same budget. We produced 2x higher awareness than planned (44 mio vs 24 mio planned impressions, 8 mio vs 4 mio planned reach) because there was more traffic on SM and it means that the campaign was launched in time.

We proved that a relevant message can break through the clutter and be remembered even with a low budget. Despite the fact that a user normally devotes only 1 second of his time to a branded post on SM, our campaign was remembered by half of the audience (13% from 24% reached by every post). And 58% of them remembered that it was Agusha (vs 46% average index).

Moreover we can see that our creative content was highly relevant for the audience: 6770 engagements, which is very high for such a type of format (videos), while 411 users saved posts & 198 shared posts (that shows that our content was really useful). Users posted photos of their activities with kids inspired by our videos: 1160 posts made. And most importantly, we’ve received very positive feedback in the comments and created a new form of entertainment for young children and their parents during the period of home lockdown. 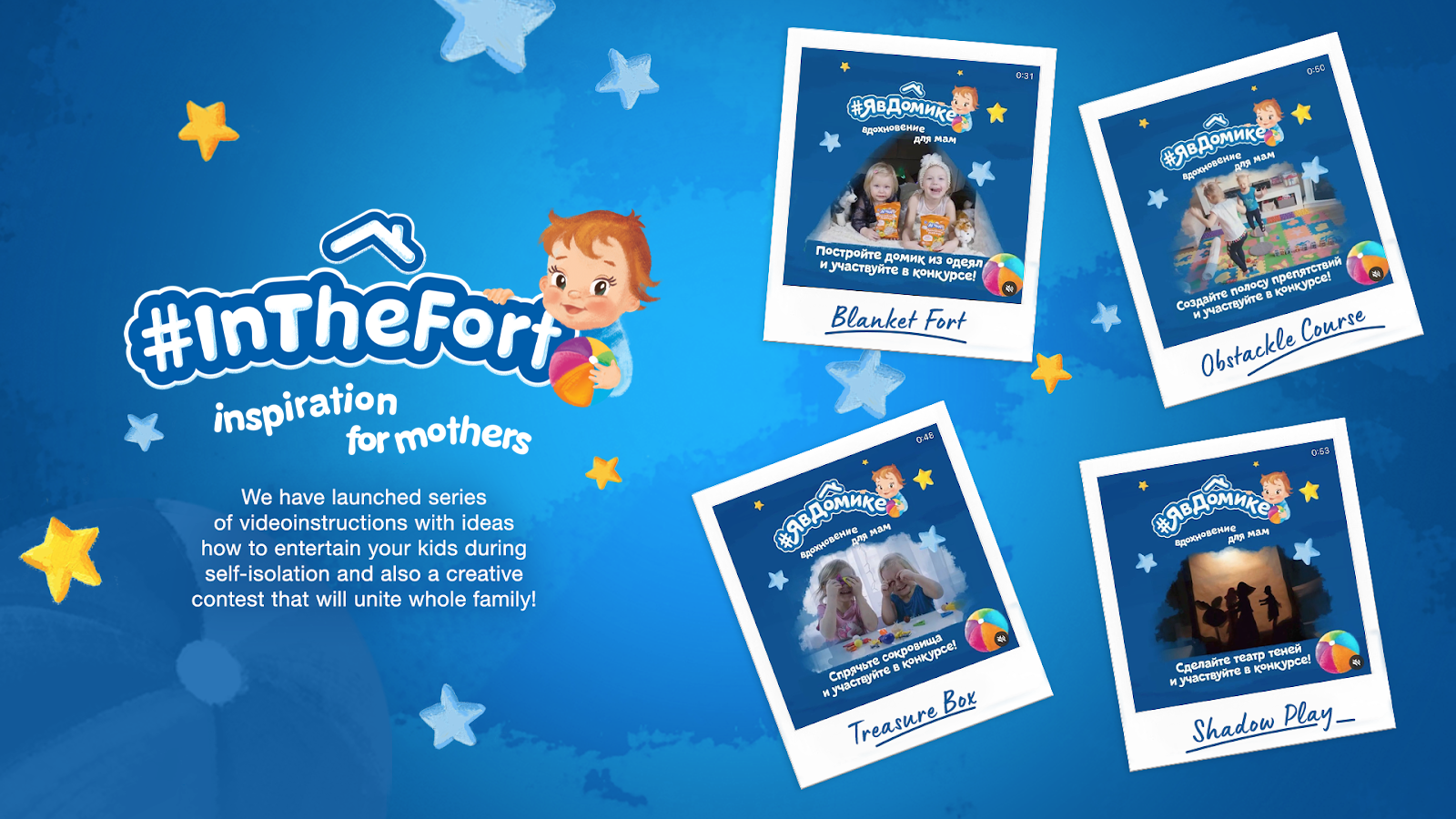