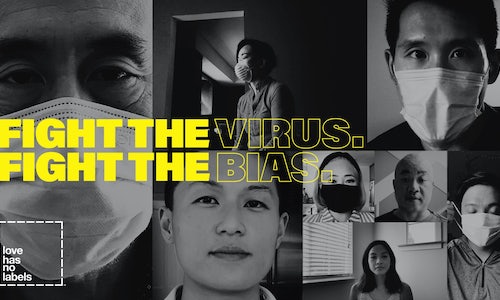 The Ad Council & Facebook: Fight the Virus. Fight the Bias.

The COVID-19 pandemic has triggered an increase in racial violence and hate speech against the Asian Pacific Islander (API) community, perpetuating the harmful stereotypes that the community has fought for so long to dismantle. According to a new survey conducted by Pew Research Center, Asian Americans are among one of the marginalized groups who are more likely to face racial bias and discrimination during the pandemic. Close to one-in-three Asian adults (31%) report being victim to slurs or jokes because of their race or ethnicity since the outbreak began and a majority of Asian Americans (58%) admit it is happening more frequently now than before the pandemic. Like all American families, API communities are concerned about their health, job security, and their children’s education due to the pandemic. But they are also enduring an added layer of fear that comes from this surge in bias and discrimination.

Given the rapid increase in discrimination toward the API community during the pandemic, this campaign built upon the Ad Council’s Love Has No Labels platform to spread a message of equity and inclusion - together we can fight the virus and fight the bias, ending the pandemic-related harassment of Asian Americans.

Under the Emmy-Award winning campaign platform, Love Has No Labels, and in partnership with Emmy® and Peabody Award winning writer and producer Alan Yang (“Master of None,”“Parks and Recreation”and “Tigertail”), the Ad Council developed the PSA campaign to share personal stories from a diverse group of API individuals who have experienced racism and hate during the COVID-19 crisis. Including Chef, Entrepreneur & TV Personality Melissa King, the individuals speak out about how they are part of the solution, not the problem, aiming to build a sense of humanity and break the silence around the hate and racism impacting the API community. The entire production was done remotely due to COVID-19 Stay at Home orders that were in place at the time.

The campaign directs audiences to lovehasnolabels.com/fightvirusbias, which features new resources for users to get a deeper understanding of the discrimination facing the API community in our country – and how they can be part of the solution to end it, including questions to reflect on bias, ways to respond to biased or racist language, resources to learn more about your local community’s policies on public safety, links to organizations fighting for justice on-the-ground, and a custom AR filter, which empowers users to show solidarity and share how they are stopping the spread of anti-API racism.

We ran our ads against two audience segments on Facebook. The first audience, which we consider our Love Has No Labels Friendlies audience, are people living in the U.S. that are 18+ and have a strong affinity for LGBTQ rights as well as interest areas like empowerment, community issues, social movement, social equality, racial justice & social change. We knew this was an important group to target so that the work could gain positive traction online, before we opened up our targeting to a broader audience segment. The support from this audience seeded into our second audience which was fairly broad – people living in the U.S. who are 18+. We wanted to ensure the campaign was getting strong reach. Running concurrently was a brand lift study to gauge ad recall.

Our campaign reached more than 47.4m people with over 108m impressions and a CPM of $2.55. These ads drove over 10m video starts and 116k web sessions. This campaign succeeded in reaching over 20% of the entire potential reach of the broad audience targeting, primarily on Facebook Mobile Newsfeed. Via the smaller budgeted video views objective campaign, these ads drove an average watch time of 51%. To date, our AR filter has driven over 9.5k impressions.

Additionally, this campaign included a brand lift study focused on highlighting brand awareness and ad recall. Across the board, there was a +0.8 point brand lift with as much as +5.3 points with Males 18-24yo.

Since launch this campaign has generated over 9.4 billion impressions with posts from influencers like Sandra Oh, David Chang, David Schwimmer & Tiffany Hsu. Additionally, the campaign received great press coverage with 60 press hits from ABC News, AdWeek, NowThis, Yahoo, and most notably a dedicated article in The New York Times.

With nearly 1.4 million video views and 30% awareness among U.S. adults, the Fight the Virus. Fight the Bias campaign is driving action: on launch day, we saw 11,316 sessions on our site, with visitors educating themselves about key stats about the API community and learning how to take action.  The work contributed to a significant increase in Love Has No Labels brand awareness, from 23% to 30% in June. This is our highest level since December of 2018.

Video for The Ad Council & Facebook: Fight the Virus. Fight the Bias. 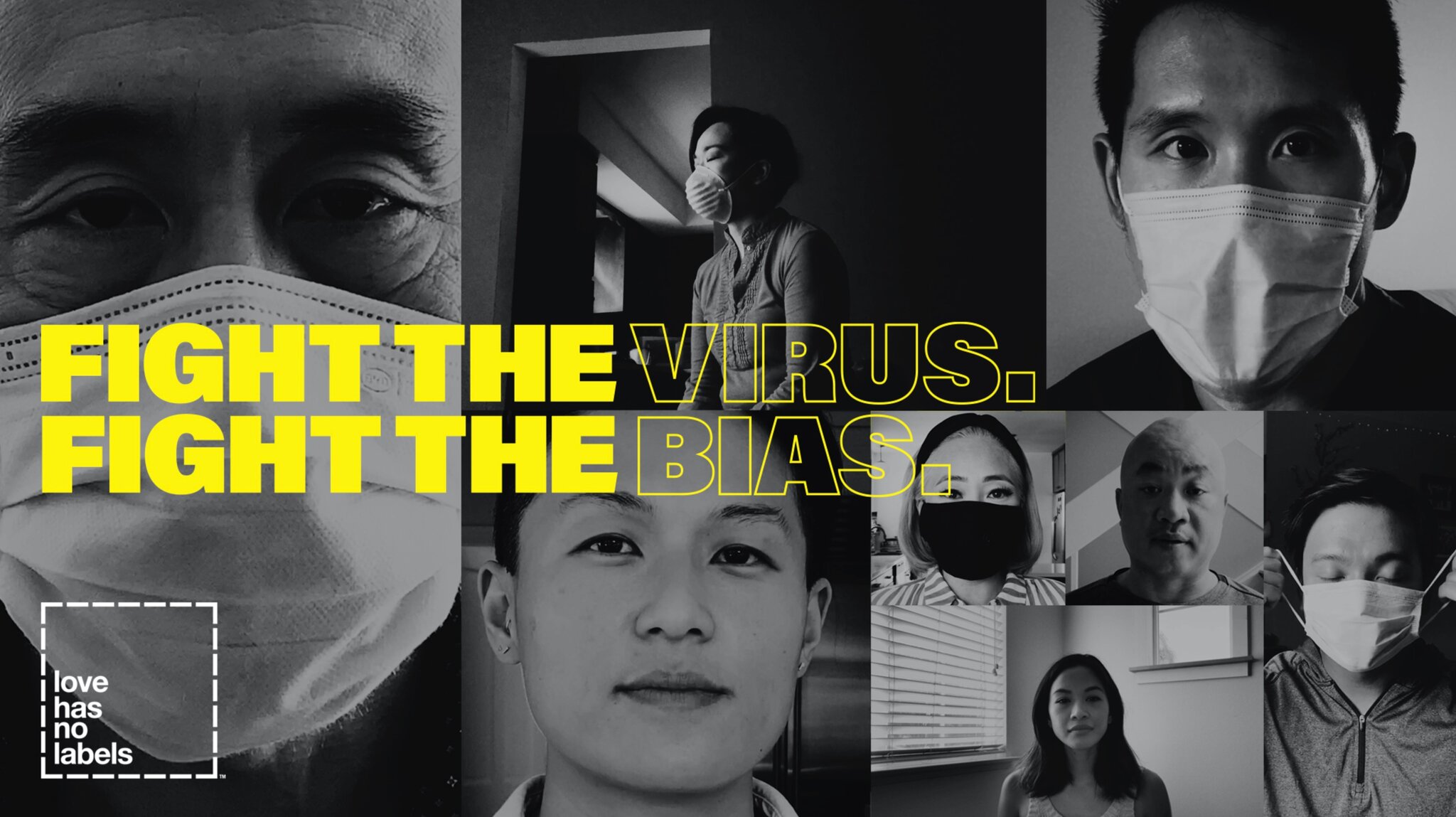