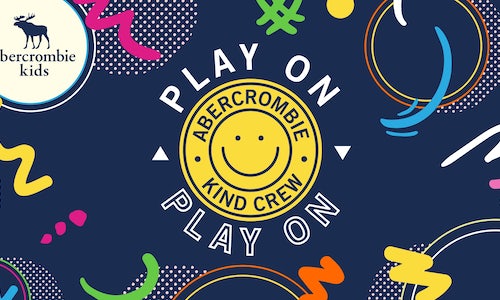 Abercrombie & Fitch reached out to ViacomCBS with an objective of building awareness for their abercrombie kids brand and driving new customer acquisitions in 2020. In order to do this, the brand wanted to draw attention to their cause and purpose – to see the world through kids’ eyes, where play is life and every day is an opportunity to be anything and better everything. Their mission was to highlight their marketing messaging, Play Is Life, and align with organizations that shared their values of creating a better world through kids’ eyes.

And who knows kids better than the number-one entertainment brand for kids – Nickelodeon! With these goals in mind, Abercrombie enlisted ViacomCBS to develop a fully custom, kid-centric, authentic program that spread an important message to all kids – it’s cool to be kind! Together, abercrombie kids and ViacomCBS partnered to create a marketing initiative that introduced fans to abercrombie’s Kind Crew – a group of kids focused on doing good things, talking about important issues, and spreading kindness to others. By utilizing the Nickelodeon platform to engage directly with their target audience (Kids and Parents of Kids 6-12), we developed a custom branded program that highlighted abercrombie’s brand ethos in a truly organic way. The full campaign combined client priorities, pro-social messaging, and the Nickelodeon sensibility into one inspiring and engaging content series for kids.

Through our year-long custom marketing program, abercrombie kids and Nickelodeon introduced fans to abercrombie’s Kind Crew—four kids focused on spreading kindness and having fun while doing it. Guest hosts and charitable partners were brought in throughout the series to help cement and amplify the message of each episode’s culturally relevant topic. To resonate with fans and to extend the Kind Crew message and abercrombie partnership beyond Nickelodeon’s ecosystem, we leveraged a diverse group of influencers to serve as the Crew and hosts, reflective of our audiences. The talent served as both brand ambassadors and series characters as they found authentic ways to talk about issues that mattered to them. Throughout the series, the Crew touted the importance of bringing kids together, sharing their voices, and celebrating everyone just as they are.

In total, we created seven custom branded episodes that ran on Nickelodeon’s YouTube channel, tackling serious topics and cultural moments like children’s mental health, the electoral process, and the Black Lives Matter movement. We achieved this by focusing the creative in a way that seemed relatable to kids – letting them speak on a kid to kid level, while also having fun in the process. Each episode featured real conversations, but also introduced a playful and engaging activity that emphasized the issue without being too heavy handed. For example, in the fourth episode, the kids teamed up with SeriousFun Children’s Network, an organization that offers free summer camp experiences to children with serious illnesses across the country. The kids were introduced to several camp members, learned about their experiences, and together they all developed a song describing their wishes for the world and the importance of accepting everyone just the way they are.

All creative had extensions across Nickelodeon and Talent social channels, driving viewers to watch the full episodes on YouTube. abercrombie kids also took part in series promotion, highlighting each episode on their social media channels and featuring the creative prominently on their retail website, so followers could watch along without even needing to leave the site.

Overall, the program prioritized real kids having real conversations over heavy-handed messaging. By engaging with Nickelodeon fans on their favorite platform, YouTube, we opened the door up to conversations that may have seemed too difficult to tackle otherwise. The framework of the series allowed the Kind Crew and fans at home to learn more about important issues, like “how do elections work?”, in a way that didn’t feel like schoolwork, such as putting on a mock election to choose the next “President of Kindness.”

By tackling issues in this manner, these kids were given a platform to speak their minds about subjects they aren’t often asked for input on. This strategy helped to achieve the client’s goals of encouraging kids that their voices matter, that we all need to work together to make the world a better place, and even helped adults learn some valuable lessons in the process – all while championing causes important to the abercrombie kids brand.

The campaign delivered across multiple key performance indicators, with a 68% average episode paid video view rate across the Nickelodeon YouTube episodes, outperforming ViacomCBS benchmarks by over 31%. Plus, as part of a Nielsen Branded Content Study, we found that 76% of participants/respondents agreed with the statement “Abercrombie Kids has a message I would like to see more of,” (a 36% lift compared to their generic brand messaging) - a huge win for the brand’s ethos goals.

The series was so powerful that it even resulted in an apparel collaboration and partnership with the talent artist named Morrah featured in our episode discussing the Black Lives Matter movement. In 2020, abercrombie kids partnered with her to create and design custom tees that were donated to the pro-social organization The Conscious Kid, and her mural artwork from the episode was prominently featured in abercrombie kids stores across the US to further celebrate her creation during Black History Month 2021.

The strong performance of this series not only shows how well the messaging resonated with kids and parents alike, but it led to a second year of the partnership, with an all new season of abecrombie’s Kind Crew content launching in Spring 2021 – featuring all new kids, and a whole new set of topics to discuss. 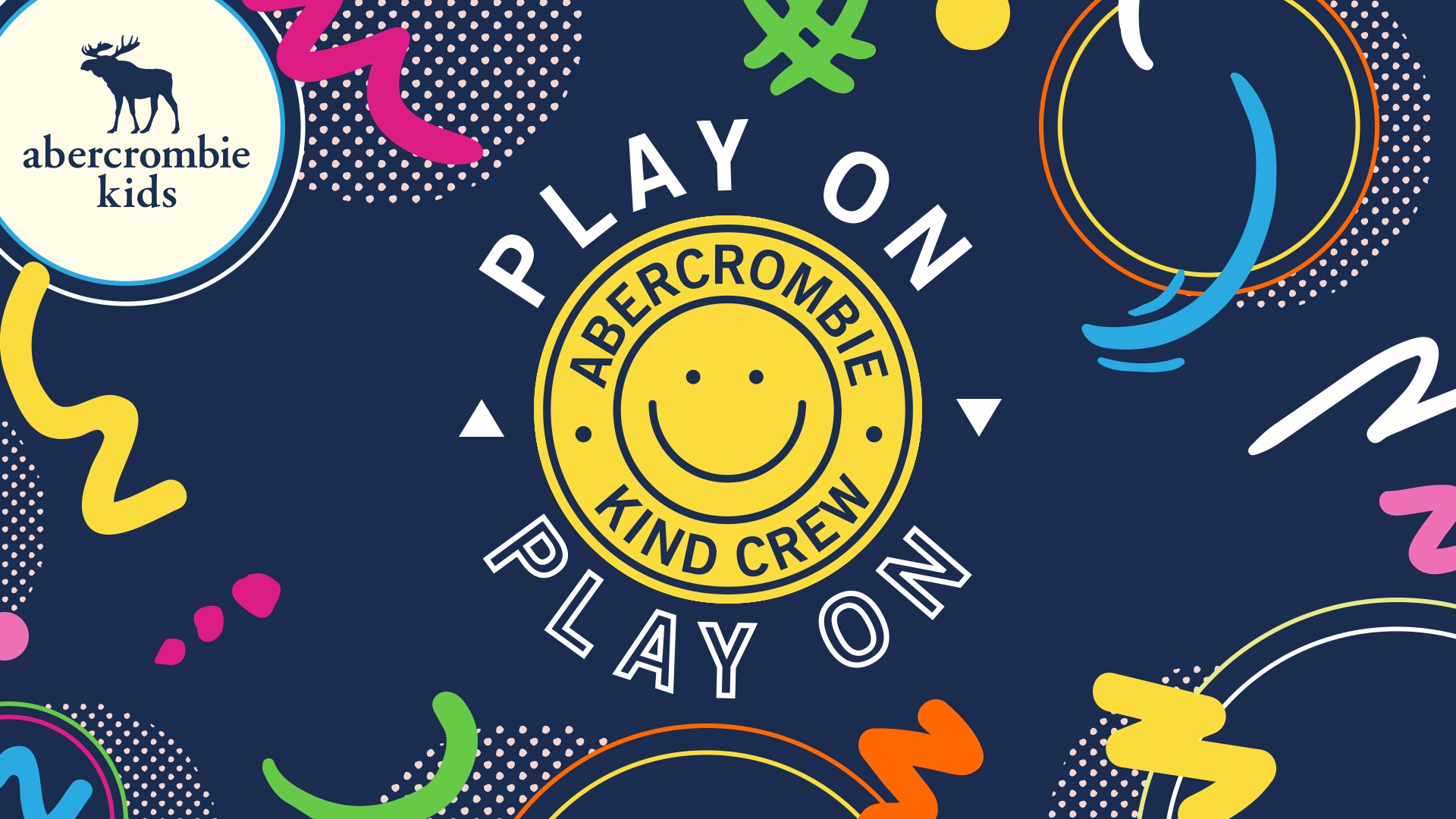