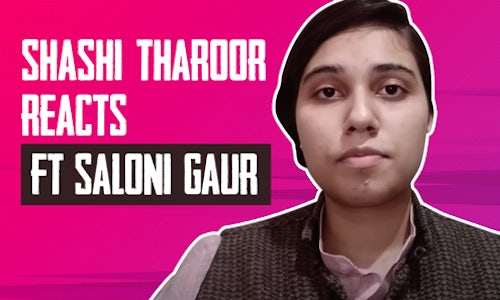 For the new original series on Disney+ Hotstar VIP, Aarya, we noticed a recurring comment on our trailer. One of the actors from the show, Chandrachur Singh, looked a lot like a popular Indian politician, Mr Shashi Tharoor. Tharoor is widely followed on social media for not just his work and political opinions, but for his eloquent and thesaurus-requiring tweets. Chandrachur Singh, though not the most popular and in-demand actor, is a big part of pop culture given his past roles. Our task was to make the most of this hilarious comparison, to further propel Aarya into social media chatter

WILL THE REAL CHANDRACHUR SINGH PLEASE STAND UP?

When people started commenting on actor Chandrachur Singh looking like politician Shashi Tharoor, we knew we had to respond immediately. And respond in a way that these comparisons got picked up at scale. To do so, we turned to influencer-comedian and master of mimicry, Saloni Gaur. She’s also usually one of the first people to comment on all things trending, from Bollywood, current affairs to memes. She was the perfect choice to collaborate with, for a quick real-time video. She donned Tharoor’s hat, put on his best impression and released a video clarifying to people that he hadn’t made it past auditions and that it was indeed Chandrachur Singh making a comeback, not Tharoor making his debut. It was an instant hit and got more hits on our trailer through people who now wanted to check out the similarity.

It traveled far and wide in no time. And the best part? It actually got Tharoor himself to tweet about it, in his classic meme-worthy style: “Flattered by the comedic imitation. However, I would like to believe that I am not such a garrulous sesquipedalian... Clearly the artiste on the screen does not suffer from hippopotomonstrosesquipedaliophobia!”

And when Tharoor tweets, it’s bound to make news. His tweet garnered us earned PR that further drove the chatter around the trailer, taking Aarya to more and more screens! 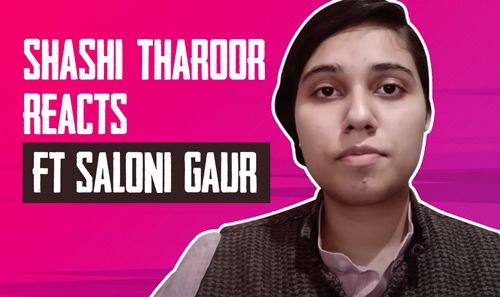