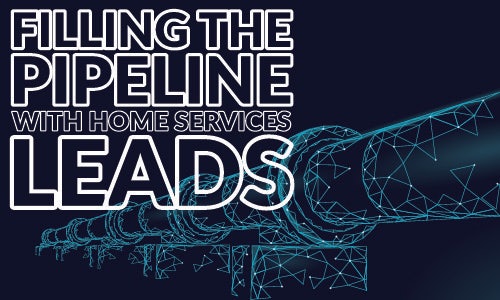 Since 2018, Economy Drain Cleaning & Plumbing, out of Prospect Park, PA, has specialized in providing drain cleaning services to the Greater Philadelphia area. Among strong competition in such a densely populated region, Economy Drain struggled to stand out, in part because of how new a company they were and how limited their budget was on a monthly basis ($2,000 or less). In order to not just survive, but truly succeed, they had to:

Through our discovery and auditing sessions, we discovered that Google Local Service Ads dominated the search results — and our client was buried in the SERPs, not getting enough calls to sustain the business. Due to circumstances beyond our control, Economy Drain was unable to run LSAs, so we had to get creative. To meet our objectives, we decided to:

Target Audience
While they target all property owners in the Philadelphia region, their main focus is residential homeowners.

As a young company in a crowded marketplace, not only was it tough to get the Economy Drain Cleaning & Plumbing brand in front of the target audience, but it was even tougher to get that audience to legitimately consider utilizing their services.

Working hand in hand with our client, we came up with multiple promotions and phrases to promote trust and entice their audience. One special we promoted heavily was the $99 Drain Cleaning — a very good price among their competition. On top of that, this particular service can lead to an excavation, which is highly profitable for the client.

Another particular phrase we chose was the one-hour promise you’ll see in the ad copy above, as Economy’s local competitors could not, or did not, make such a timely promise. Along with that, we were sure to mention how they are locally owned and operated, are available 24/7 in case of emergencies, and can provide free estimates.

What’s more, their Google Ads campaign was originally only targeting a small radius around their physical location, which did not accurately reflect their total service area. Rather than just focusing on that radius, which severely limited visibility among such a crowded marketplace, our team chose to target specific zip codes and Philadelphia neighborhoods. That way, we could see which areas performed better and adjust accordingly to make efficient use of the limited budget.

We implemented a maximizing conversions bid strategy, using Google’s advanced machine learning to automatically optimize bids and offer auction-time bidding capabilities that tailor bids for each and every auction to attain the most conversions.

In addition to our main campaign, we decided to implement a minor brand protection campaign, as a local competitor was going after their name. This campaign utilized another Google Ads Smart Bidding strategy: Target CPA. This strategy also uses advanced machine learning to optimize bids to get as many conversions as possible at or below the set target.

Knowing that phone calls were essential to keep business flowing, we decided to bid more aggressively and add a 10% bid adjustment on mobile devices. That way, we would reach people who are already on their phones and are, therefore, likelier to call than someone who sees the ad on their desktop. In addition, we directly urge people to call in the ad copy itself.

We elected to observe two affinity audiences: DIYers and those interested in Plumbing Services. Separately tracking how these audiences interacted with the ads, we saw they were converting at a higher rate, causing us to increase our bid adjustment on both.

Implementing our new strategy produced staggering results. Comparing Q1 vs. Q2, conversions increased a whopping 214% from 49 to 154! Phone calls made up a vast majority of that number, soaring from 40 to 130.

Even the campaign with the intent to simply protect the brand name wound up accruing seven conversions — while the rest were from the main campaign promoting their services.

Our 10% bid adjustment on mobile devices paid off, as that is where a vast majority of the clicks and conversions came from.

Observing and then increasing the bid adjustment of the DIYers and Plumbing Services audiences also worked out quite well. They wound up accounting for 57 of the 154 conversions!

Although we were limited by budget and unable to run LSAs, we were able to achieve astounding success for Economy Drain Cleaning & Plumbing. Not only did they substantially increase their Google Ads budget following this campaign, but they were also able to purchase two more trucks as they originally hoped. Through our innovation and collaborative efforts, we helped Economy Drain exceed all of their goals. After barely surviving, they are now thriving! 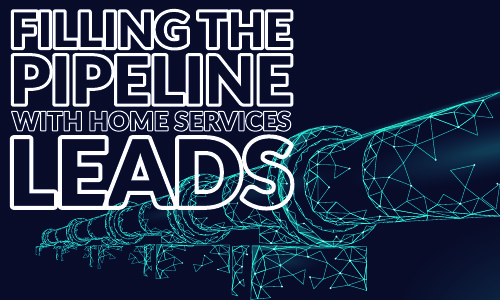