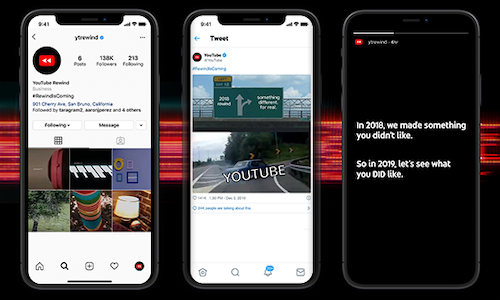 YouTube’s 2018 Rewind video was the most disliked video on YouTube and the social response was “cringey.” In 2019, YouTube partnered with GLOW to come up with a new social approach to excite fans and one that could scale globally.

We had to recognize last year’s misstep in a lo-fi, non fanfare fashion, putting the creators and their communities at the forefront to generate excitement. We had to be “In on the joke.” To do this our content must:

Our first post incorporated a popular meme previously used to talk about the previous 2018 Rewind to lay the foundation 2019’s version would be different. It acknowledged YouTube was aware of what went wrong in 2018, let the fans know this year would be different, and created buzz sparking a surge of interest amongst the community.

Next, we took the aspect the YouTube community cared about the most and put it front and center in a lo-fi but gamified manner: YouTube creators, featured in the video, across all content.

Days before the final video was publicized, we archived the entire @ytrewind Instagram feed. Then, 3 posts at a time, we shared cryptic super-zoomed-in images of former YouToube videos from the most anticipated creators videos, who would later be featured in Rewind 2019.

Only the creators biggest super fans would be able to tell the origin of the zoomed-in pics, plus when users pinched and zoomed into each post they would spot a clue further hinting at who the creator was to further hit home the message that these individuals would be spotlighted in the final official Rewind.

Across the @YouTube Twitter, we posted a continuous thread of animated GIFs featuring key moments from the video and sped them up making it only possible to identify the creators if fans were to screenshot frames over and over… and they did! As fans began to uncover more creators, they were refreshing social feeds hungry to crack more clues.

These posts sparked immediate conversation and buzz around Rewind 2019. Fans were ecstatic that their favorite creators were being featured and trying to decipher what the posts meant.

Fans remained excited, optimistic, and eager for more for the first time in years. 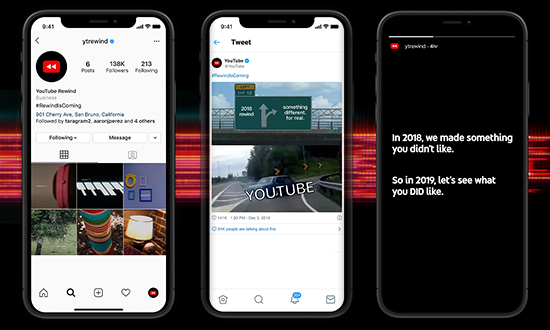 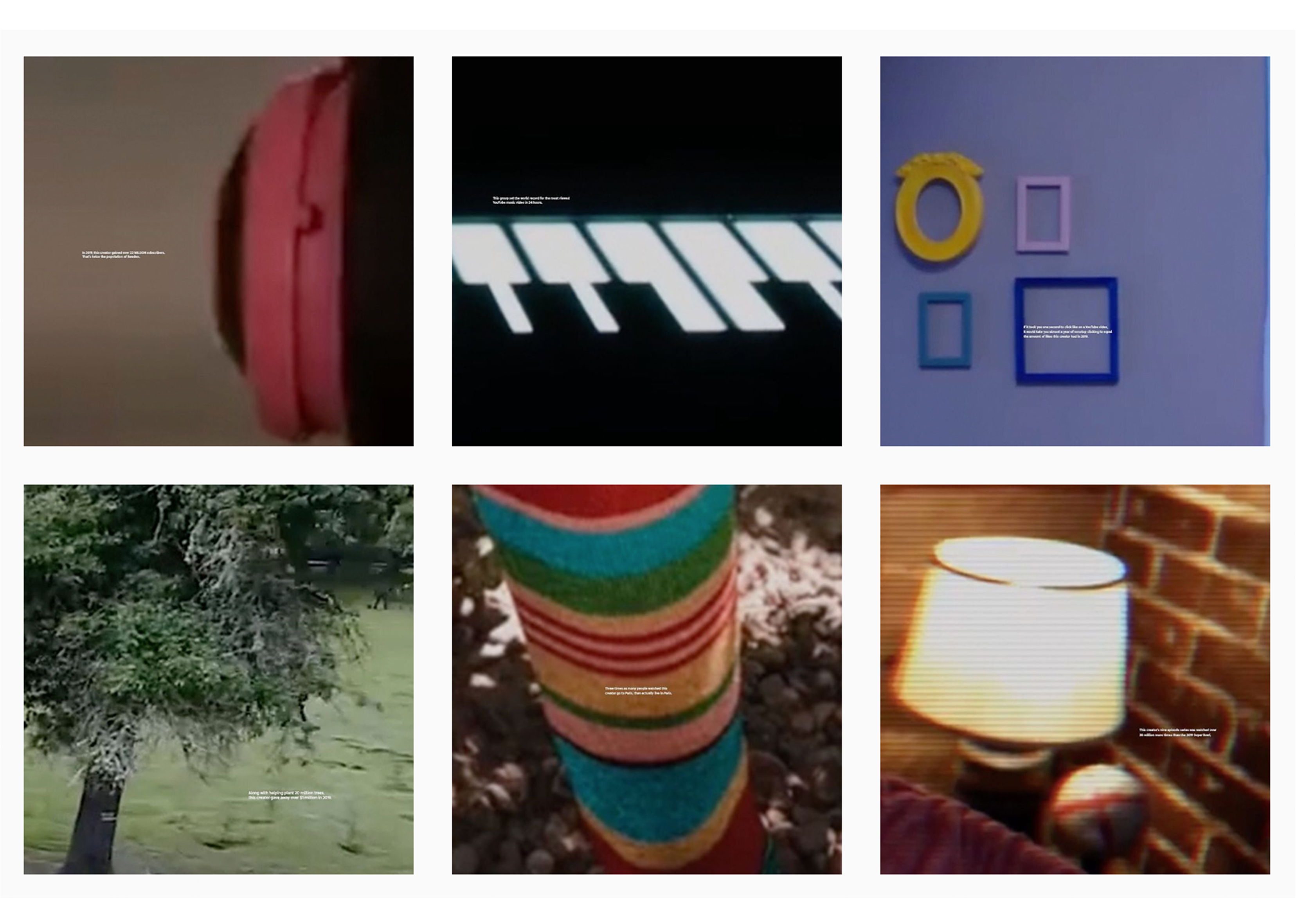 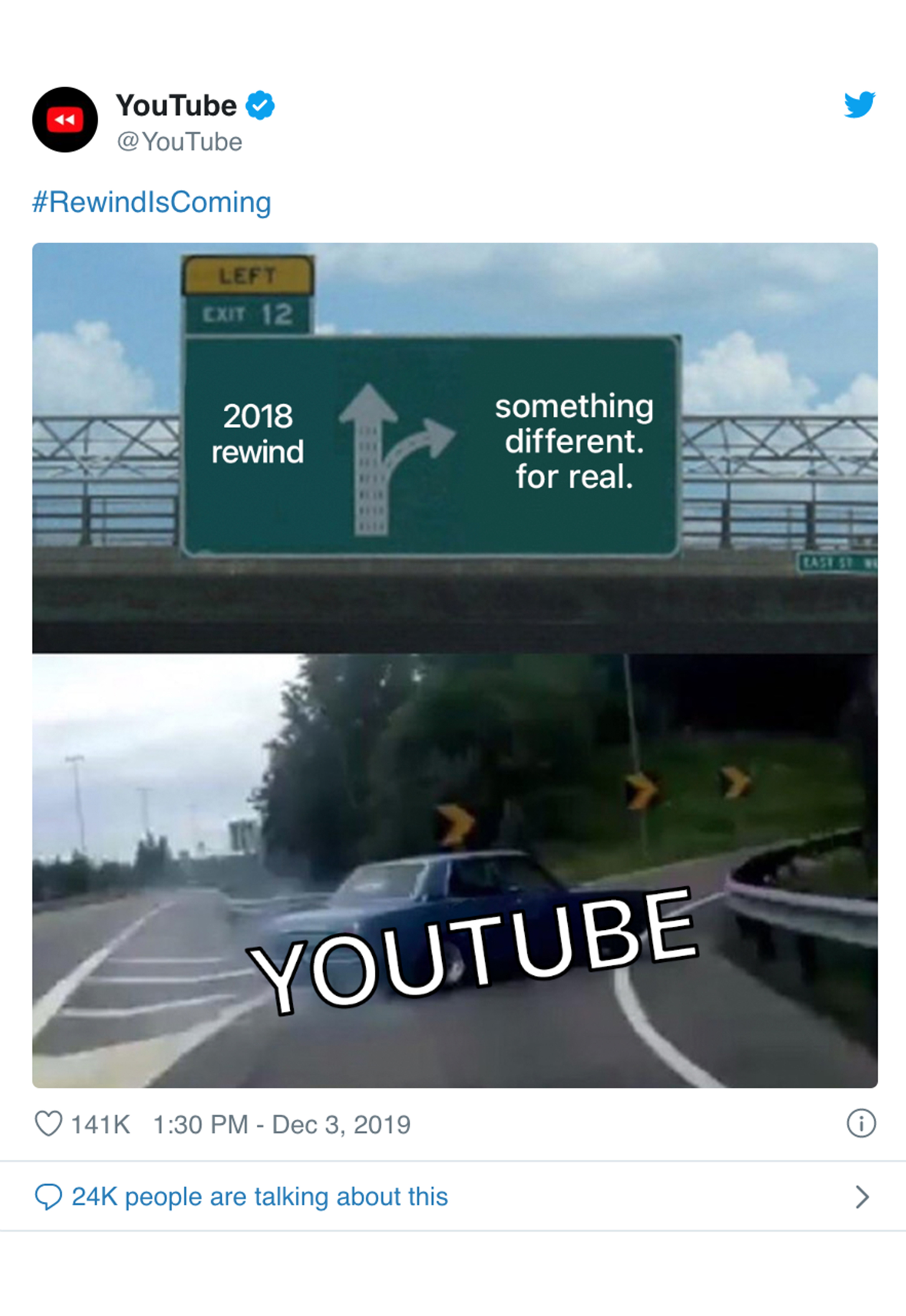 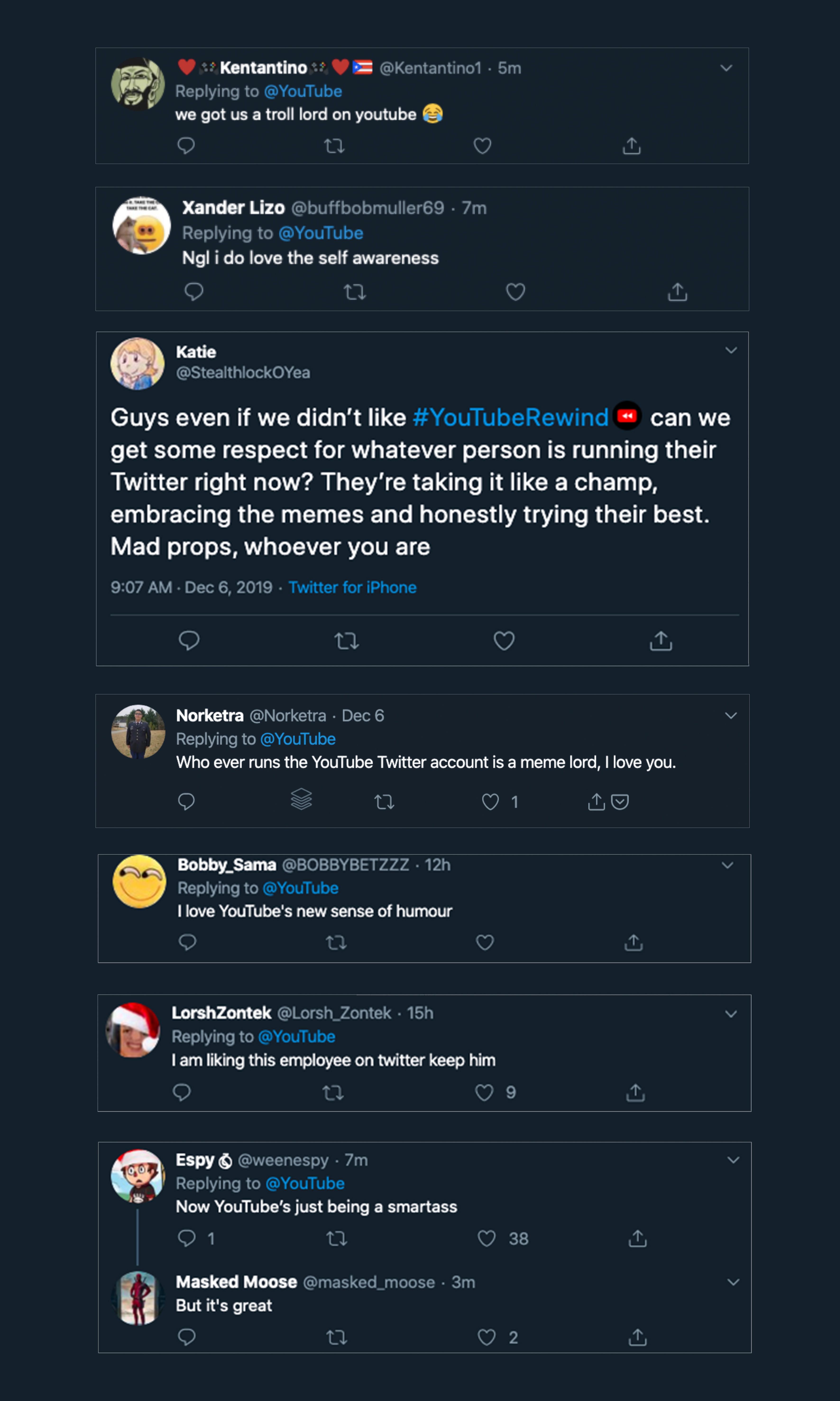 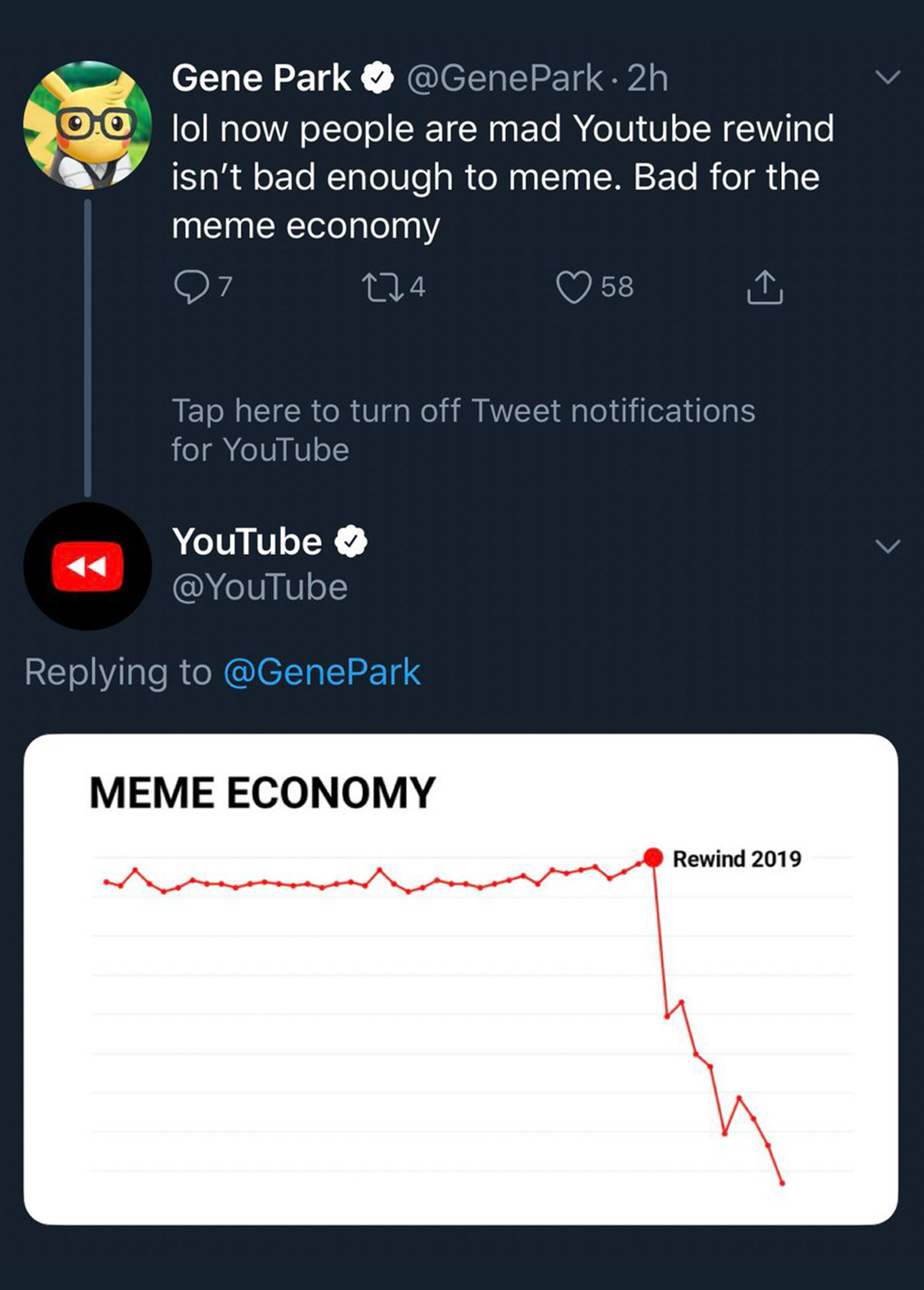 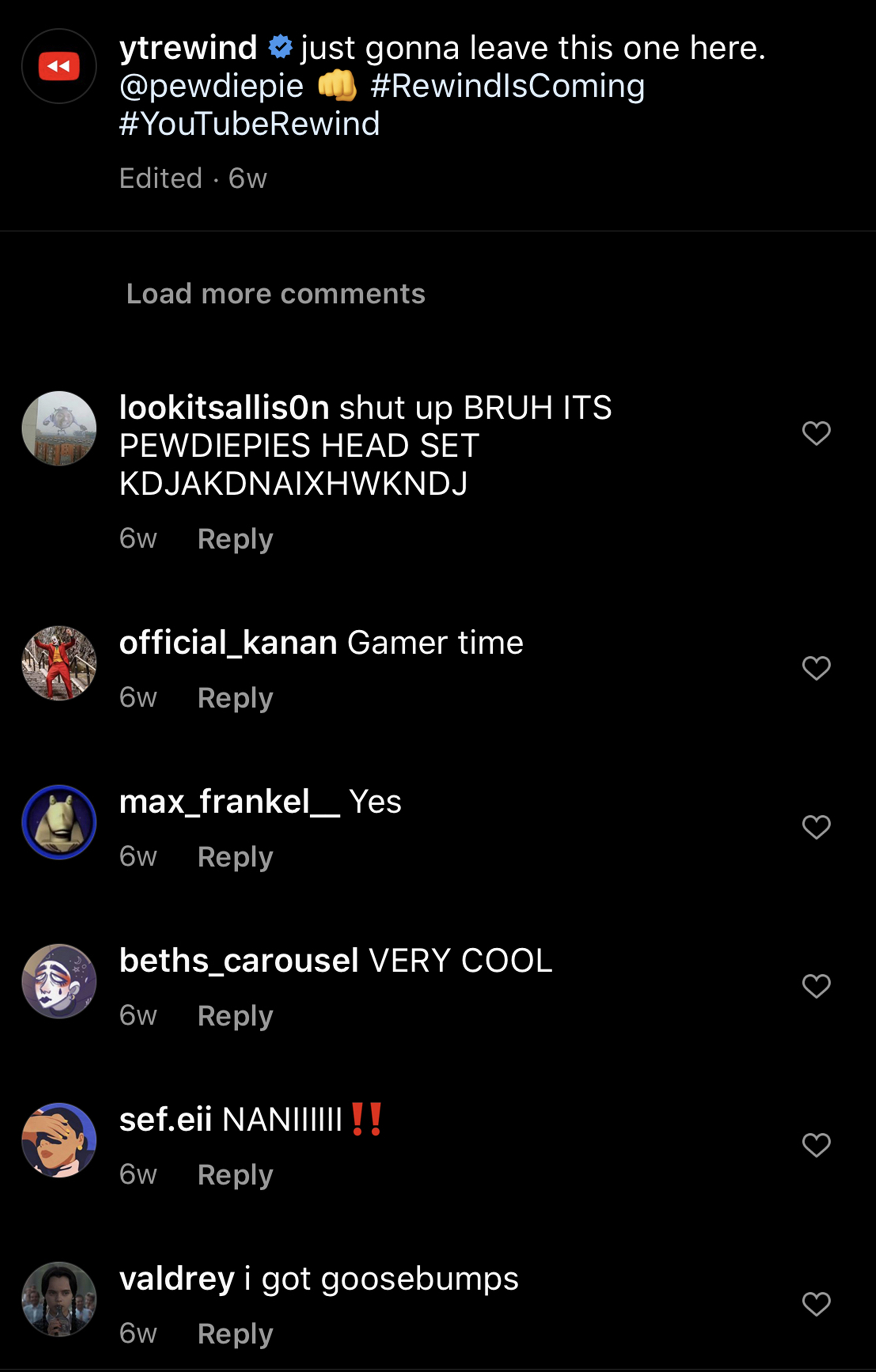