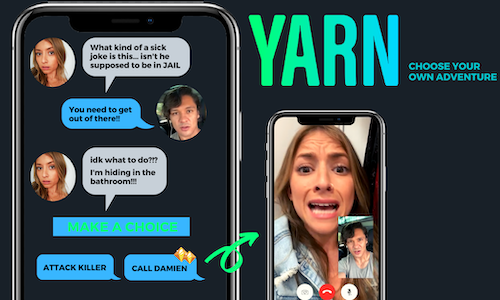 When Mammoth Media launched its micro-storytelling app Yarn in 2017, it successfully entertained today’s generation of mobile-first consumers through a simple “chat fiction” format: short stories told via text message conversations between characters, consumed through a tap-to-next function. It continued innovating in those first few months, adding visual elements like images and video to provide a native SMS experience. After 2 years into Yarn’s arrival, the team wanted to make its content even more engaging and interactive.

Taking a page out of the gaming industry’s playbook, Yarn decided to expand its format to allow users to play a character in the story, and in tandem, offered new gamified features that further personalized their journeys. Yarn’s goal was to increase user engagement and satisfaction in a way that kept them on their toes and challenged them to take the stories’ outcomes into their own hands.

Yarn began testing a new gamified format by integrating choose-your-own-adventure mechanics to its top performing text-based stories, including Haunted Camper and Modern Dating. The stories start off with the user engaging in a conversation, then eventually lead to several decision points that encourage users to choose what happens next.

The beta test performed so well, that Yarn began collaborating with trending writers like Landon Rivera, the 19-year-old behind the viral Twitter game, “Being Beyoncé’s assistant for the day” to create new interactive content exclusively for Yarn. Landon created his sequel “Blue Ivy’s Nanny” for Yarn, a narrative that worked well for the app’s target audience, which primarily consisted of millennials deeply in tune with pop culture. Yarn also worked with its existing entertainment industry partners like Archie Comics to create a new “Riverdale”-themed story based off of the franchise’s popular IP. Both partners cross-promoted the content across their social channels.

To raise awareness on Yarn’s new gamified offering and acquire new users, Yarn created “A Shocking Surprise,” a free onboarding story that allowed newcomers to experience the format without a Yarn subscription. Based on their choices, the storyline shifted to either a scary or romantic tone, and incorporated branching paths that involved roleplaying with different functions of a smartphone  including video calls and voicemails.

Furthermore, Yarn launched a promotional event during the holidays that gifted free Gems to users on a daily basis. This was incentivized by playing “Hellhouse,” a horror/survival story that lands you and your friends trapped inside a deadly smart home. Users communicated with both their friends and the malicious house master via text, all while solving mysteries and making crucial life-or-death decisions along the way. With 17 different endings, the game presented you with clues at the end of each path that pointed you toward other outcomes. Gems allowed readers to unlock character customization options, alternative dialogue choices and paths.

When Yarn’s new gamified storytelling format launched in August 2019, the app saw an immense amount of interest, with 50% more engagement and downloads. Users replayed the stories multiple times until they won, or to simply learn the different ways each of the narratives could unfold. In just 6 months, Yarn’s collection of choice-based stories has been played by more than 576,000 readers, garnered over 50 million views, 2 million opens and 400,000 paths completed. More than 16.5 million Gems have been spent on Yarn. “Hellhouse” performed as its best-in-class story in terms of completion rate (71%), return rate (43%) and average startovers (4x). Its corresponding Gems gifting campaign kept users highly engaged, giving them incentive to return to the app more frequently.

With more than 200 million stories read on Yarn to date, this new format has strengthened its position as a dominant destination for mobile entertainment. Yarn is now that #1 top grossing Books app in 100 countries, ahead of Amazon’s Kindle and Audible. The team at Mammoth Media is continuously testing new ways to entertain global audiences on their phones, having recently launched localized content in Spanish and Portuguese speaking markets like Brazil, Chile, Cuba, Spain, Portugal and more. 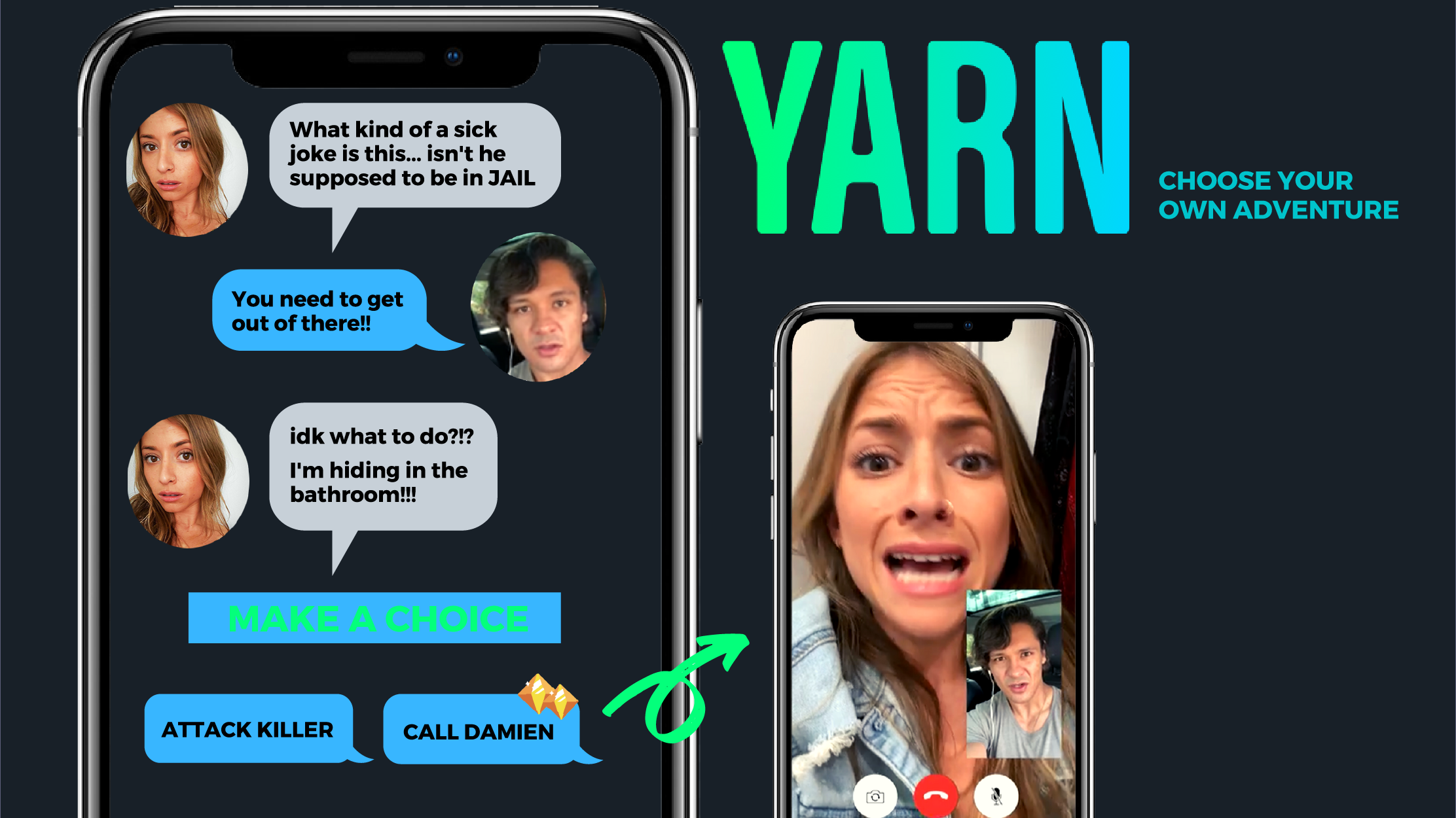 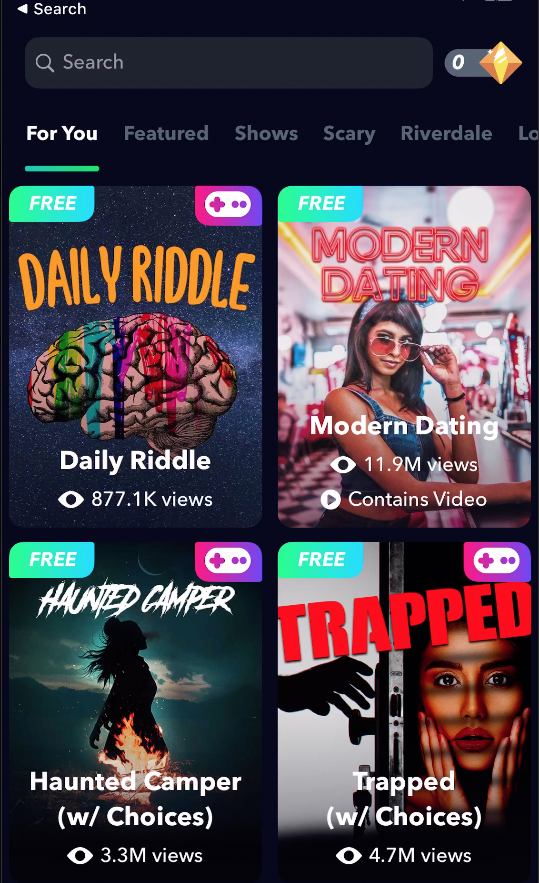