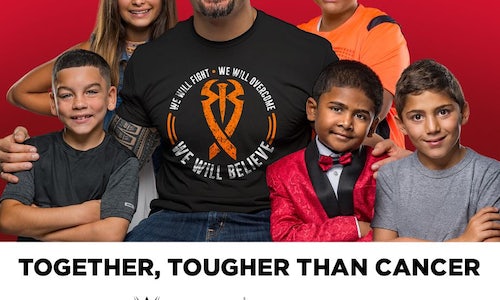 By rallying the entire WWE Universe, WWE is helping to provide resources, strength and hope to those battling critical and life-threatening illnesses.

On October 3, 2019, WWE formally announced a partnership with the Leukemia & Lymphoma Society (LLS), the world’s largest nonprofit fighting blood cancers, and WWE Superstar Roman Reigns in the fight against cancer.

For Reigns, the cause is personal—he is in remission for the second time from chronic myeloid leukemia (CML). Reigns’ personal journey with leukemia began in 2007, when he was diagnosed with CML at age 22. He battled and beat the disease; however; eleven years later, Reigns’ cancer returned and he was forced to relinquish the WWE Universal Championship title and take time away from WWE. After facing down cancer for the second time, Reigns made a heroic return in 2019. His partnership with LLS is part of his commitment and determination to keep fighting for patients and families.

Through WWE and Roman Reigns’ partnership with LLS, WWE is helping to generate awareness and support for research to find new, less toxic treatments for childhood cancers, and LLS’s unique educational and support services for patients and families, including financial assistance. For the partnership, WWE utilized its global, multi-platform assets, including TV broadcasts, live events, the WWE Network and digital and social media channels to support LLS.

This was an organic opportunity to connect WWE’s long-term partnership with 2K and talent featured in their game to LLS. The partnership also aligned with 2K’s selection of WWE 2K20 cover Superstar, and leukemia survivor, Roman Reigns, while delivering a groundbreaking new platform for awareness, education and support.

The campaign ran from September 10th to October 22nd across WWE Games’ Twitter account, which has nearly 1 million followers. Consumers were not required to make a purchase or donation, but their participation ultimately encouraged others to donate or volunteer their time to become a social ambassador.

Utilizing its extensive social media presence, 2K issued a call-to-action via the WWE Games Twitter account, urging consumers to retweet and spread the LLS message and donation link. For each retweet, 2K donated $2.00 to LLS, up to $500,000.

Through WWE’s partnership and support, LLS achieved the following results:

To date, WWE and LLS’s PSA with Roman Reigns has achieved the following results:

Video for WWE Partners With The Leukemia & Lymphoma Society 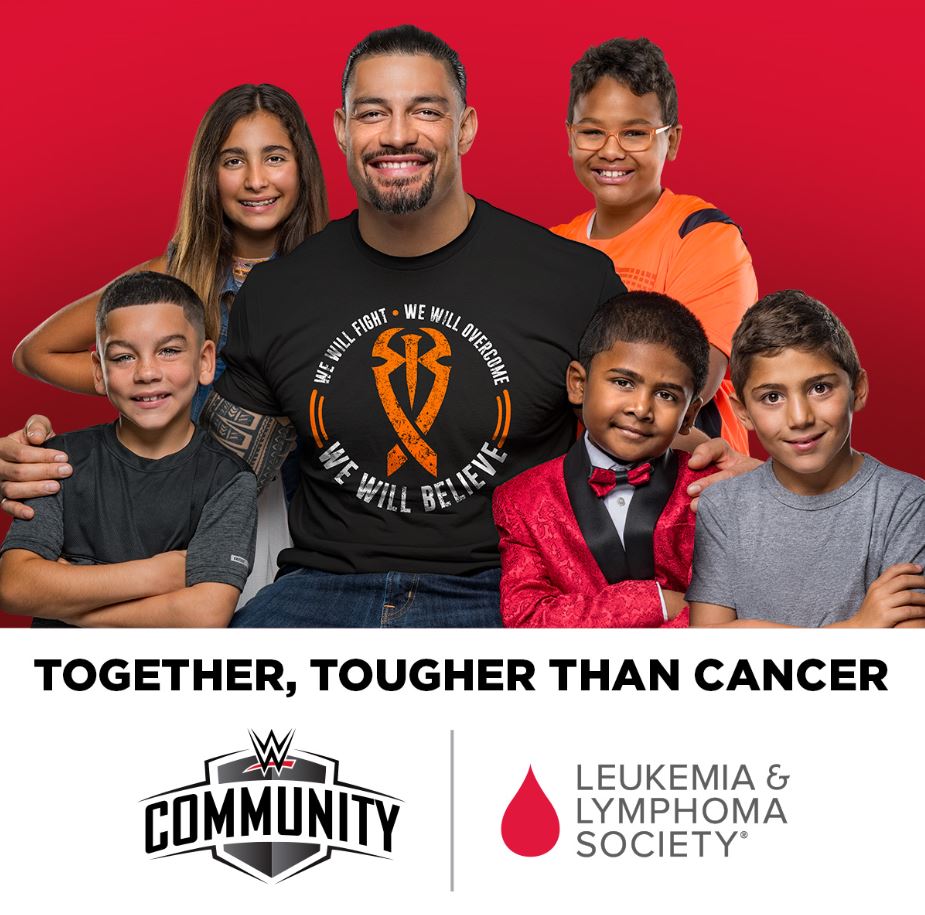