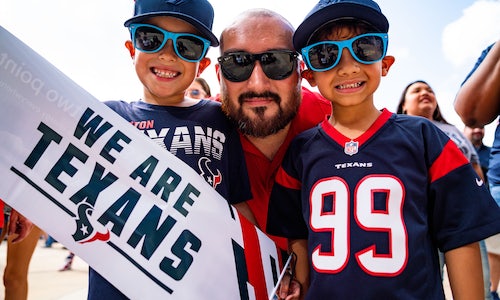 Since the Texans were brought to Houston in 2002, the mission of the organization has been to win championships, do great things for Houston and create memorable experiences. Each year, the organization adopts a theme that embodies these imperatives. However, this year we wanted to take a different approach - celebrate who we are at our core: We Are Texans.

In every aspect of our organization - team, fans, community - we found opportunities to embrace our Texans identity and celebrate the team we rally behind on Sundays.

With this theme set, we went all-in from a social standpoint. We utilized #WeAreTexans on every post related to organization goals, initiatives, community involvement, and team success. Our fans, corporate partners and community embraced this theme and associated it with team and city pride. We produced all videos, fan user-generated content, team updates and more with “We Are Texans” in mind. This is when we truly realized this is more than a theme - this is a mantra.

We Are Texans: Defined
We are a group of individuals bonded by our passion for football and love for the Lone Star state. The true essence of the Texans is the loyal and proud fan base. We celebrate our own brand of football built on the principles of pride, strength and tradition. We are authentically Texans, and only Texans can truly appreciate what that means. We gather in the most diverse city in America and nothing bonds us more than our love for football.

With the goal of celebrating who we are at our core, we created content pieces focused on the “We Are Texans” mantra. In doing so, we started within our local fan base, grew into our national fan base and ended it strong with our international-level fans.

We Are Texans: Trujillo Family Special:

Season Ticket Holder since day one of the Texans franchise, Rene Trujillo always brought friends to games with his extra ticket. He shares the story of how he invited a coworker, Jessica, to a game - turning a one-off date into a tradition they would pass on for generations, attending every game with Texans pride. Rene and Jessica ended up getting married and have since extended their season tickets from two to four to include their son, and daughter, explaining that “now, coming to Texans games is a family tradition - an important part of [their] lives and [their] family.”

Originating in 2011 when the Texans advanced to the playoffs, a group of fans wanted to travel and support the team in Baltimore - officially calling themselves the Traveling Texans. Since then, the group travels to every Texans away game to embrace team loyalty, pride and love for football. This group has turned into a family, meeting Texans fans from all over the country and bringing a little bit of the Texans to every city the team plays in.

We Are Texans Playoffs - Wildcard Round:

We are driven. We are resilient. We are Houston Strong. We are Texans.

As the Texans progressed into the 2019 playoffs, being one of 12 NFL teams left on the hunt for Super Bowl LIV, we transitioned into an international scope, connecting Houston’s defining moments into the unifying “We Are Texans” mantra. We invited Houston Legends Simone Biles, Hakeem Olajuwon and Jose Altuve to narrate a video summarizing who we are as people, as a city - and ultimately, as a Texans community.

The game was tied. Going into overtime. Ka'imi Fairbairn kicked the field goal, it was good and the crowd went - wild.

This was a memorable, defining Texans moment - and we wanted to celebrate with the fans.

We asked fans through Twitter to send us their celebration videos for a secret project. The results were beyond our expectations. We got videos of people running through the streets, hugging strangers at bars, celebrating in the stadium, and much more. These fans truly embraced what “We Are Texans” means, and they weren’t afraid to show it.

We Are Texans Playoffs - Divisional Round:

We are inspired. We are dedicated. We are in this together.

Narrated by Rockets Legend Clyde Drexler and Astros Legend Craig Biggio, we were going into the second round of the 2019 NFL playoffs. Ten teams left, and we wanted to make sure fans knew we weren’t done yet, and we needed them to rally. Building off the first playoff video, we continued the "We Are Texans" story.

The special part about the results for this campaign was the fact that with each video the Texans Digital department created, the “We Are Texans” brand grew. The narrative naturally built on one another, continuing to tell the story of our fans and their love for the Texans - and the numbers speak truth to the success.

The #WeAreTexans hashtag amounted over 9.3 million engagements and over 195 million impressions.

The five videos mentioned generated more than 1.5 million views, more than 3.3 million impressions and over 250,000 engagements across all platforms.

Beyond the analytics, the “We Are Texans” theme turned into the element that the Texans community latched onto, sharing their feelings throughout the 2019 season. As an example, in the Fan Celebration video, we featured a clip of a little boy screaming, “That’s what happens! That’s what happens when you have J.J. Watt!” after Watt returned from an injury to help lead the team to a victory against the Buffalo Bills in the 2019 playoffs. This feeling that the little boy so accurately depicted with pure joy is one that every Texans fans related to. Three-time Defensive Player of the Year, J.J. Watt was blown away by the little boy’s reaction and reached out to him - creating a memorable and unifying Texans experience for both Watt and the boy.

Video for We Are Texans 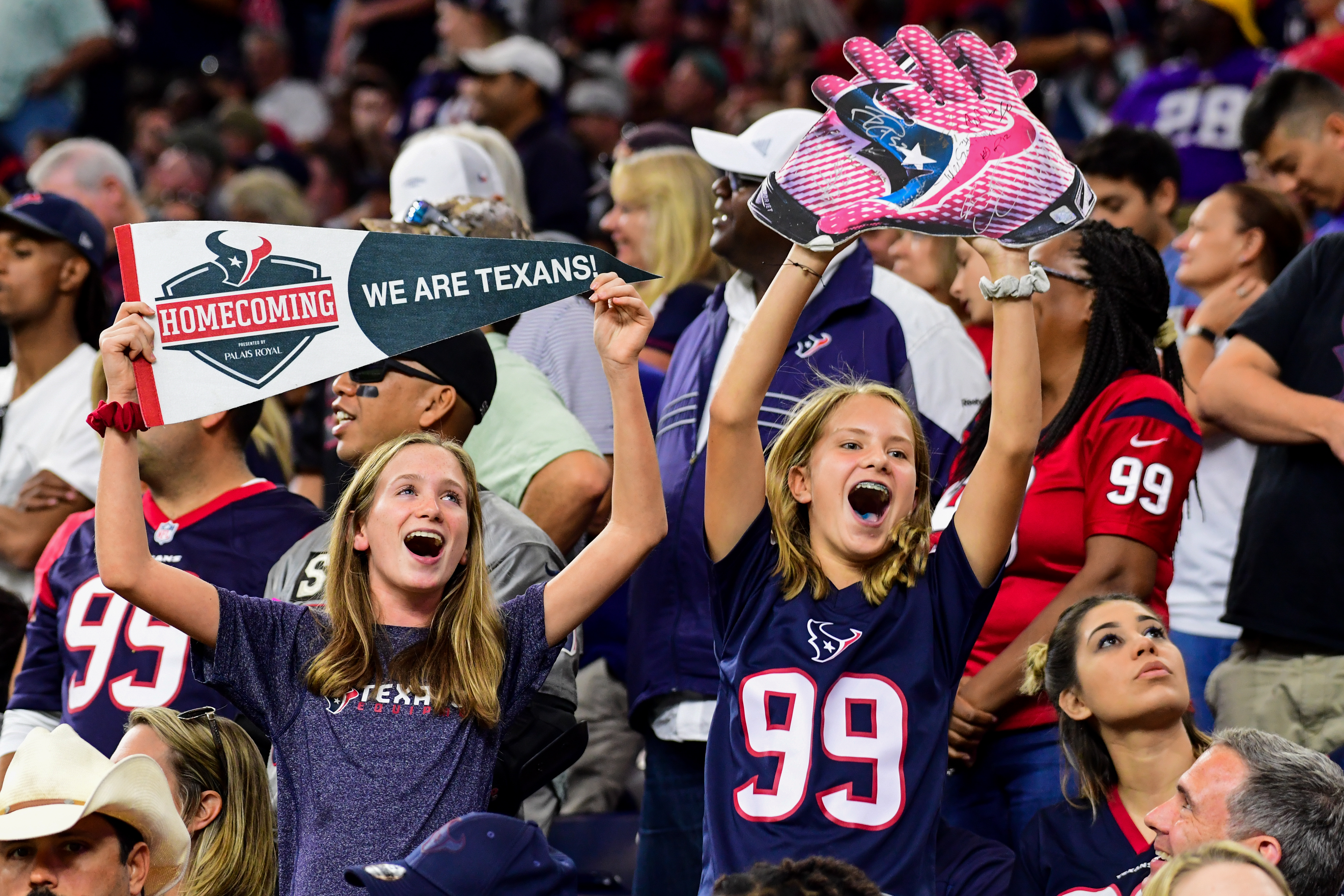 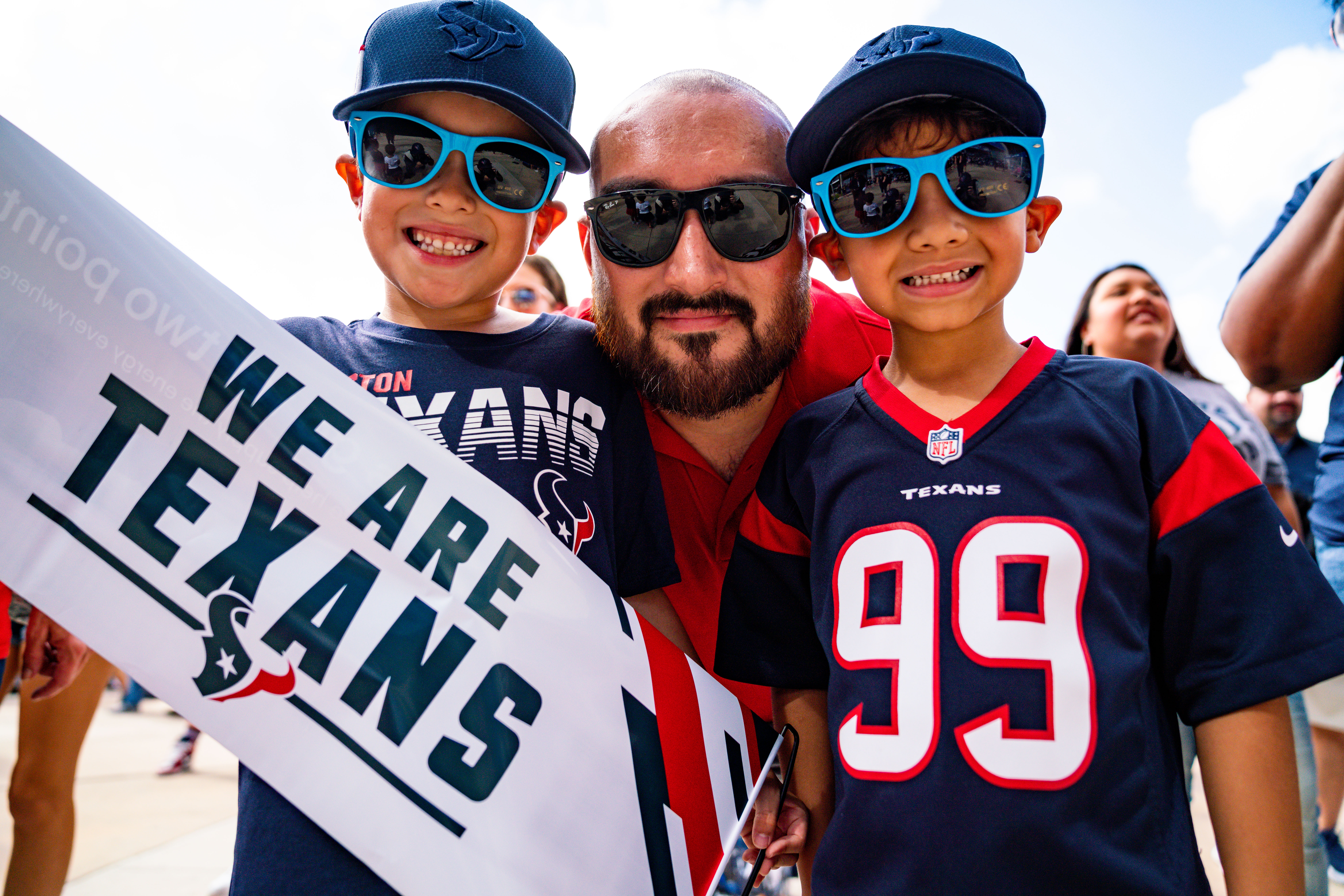 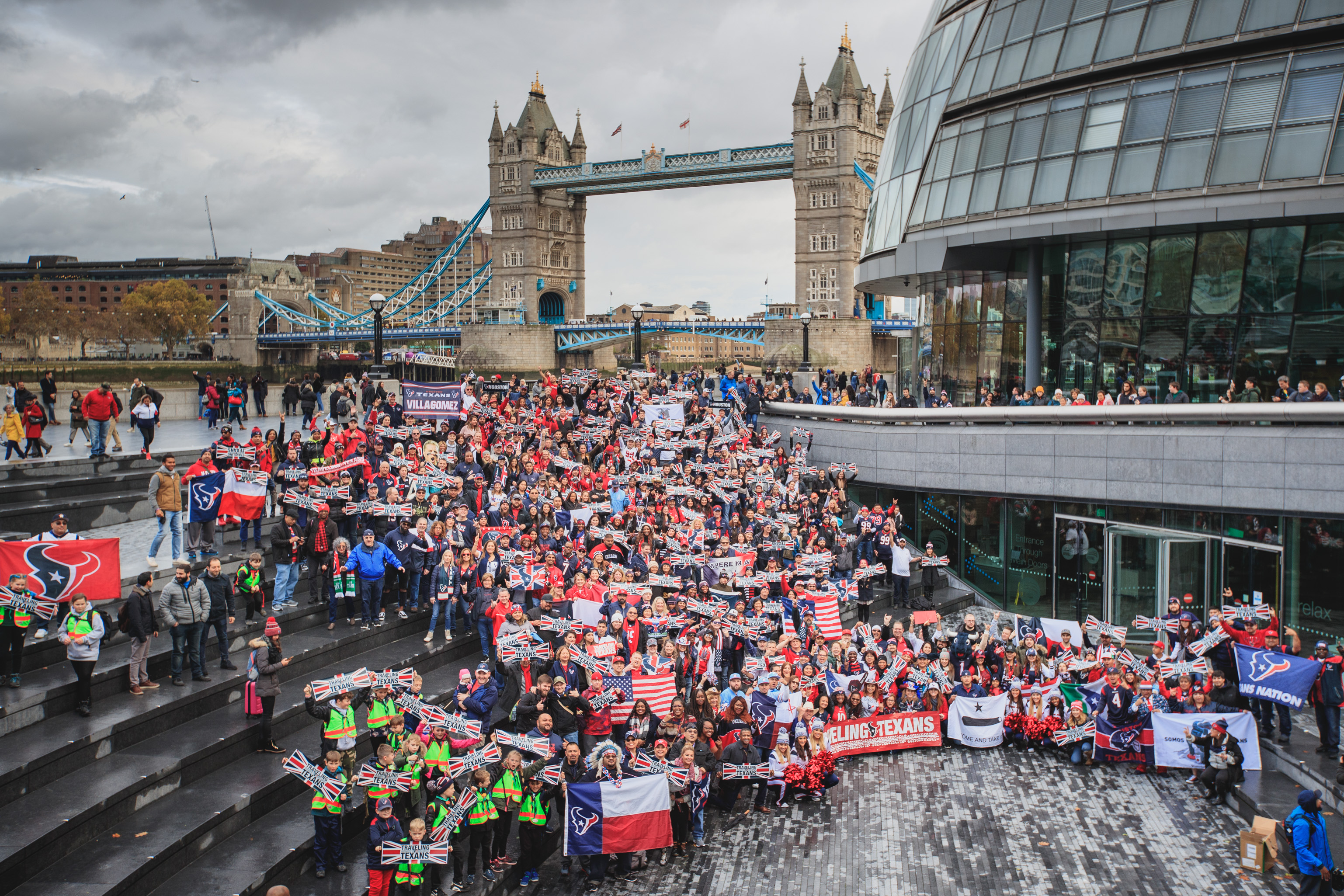