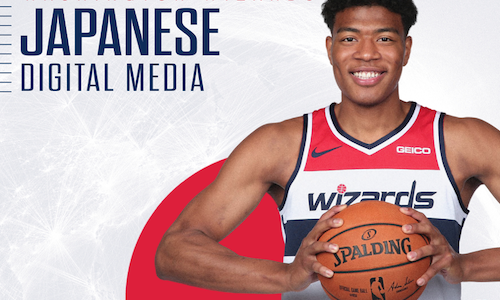 During the 2019 NBA Draft, the Washington Wizards made history when they selected Rui Hachimura, the only Japanese-born player drafted in the first round. Upon his selection, Wizards’ social media channels were inundated with a new excited, passionate fans of Hachimura. This created an opportunity for more dedicated coverage of the new Wizards star and the chance to amplify the Wizards’ brand globally.

The Wizards set out to harness the excitement for Japan’s biggest basketball star and to create content that resonates with the Japanese audience through social campaigns, digital advertising, and future brand partnerships; with the ultimate goal of creating new Wizards’ fans and expanding the brand’s global reach.

Upon an exhaustive analysis of potential platforms to best engage their new Japanese fans, the Wizards decided to create a dedicated Japanese website, Twitter account, and mobile app. In order to fulfill the unique needs that these new platforms presented, the Wizards hired a full-time Japanese digital correspondent, translator, and global digital strategist.

The Wizards’ Japanese-language website and mobile app translate content from English to Japanese alongside Japanese only content that is produced specifically for the platforms. This creates a more tailored environment in their native language and provides partners the opportunity to directly target those fans by buying inventory exclusive to the site.

The Wizards’ Japanese Twitter account translates written content from English to Japanese, such as scores graphics, game recaps, highlights, and team news while also featuring content exclusively geared toward the Japanese audience. By creating a dedicated Japanese account, the Wizards have been able to tap into the second largest Twitter market in the world and have gained access to 35.6% of the Japan’s population to complement their top performing English-language account (ranked 4th in the NBA).

Hiring the first full-time Japanese Digital Correspondent, producer, and translator has allowed the Wizards to create dedicated content in Japanese that range from in-depth interviews to extensive game recaps and weekly podcasts. Videos are produced in Japanese and given English subtitles so the Wizards' main social channels can amplify and reshare this unique content with the rest of the fan base.

The final piece of strategy behind the Wizards’ Japanese digital efforts was to hire a global digital strategist to help position the Wizards as Japan’s first choice in the NBA. The strategist meets with potential sponsors, researches new ways to reach the Japanese market, and reviews, organizes, and optimizes content across platforms.

Since the Wizards’ Japanese Digital Correspondent was hired, he has provided dedicated Japanese coverage for every Washington Wizards game and special event. During a typical week, he has created 13 Japanese language videos and one podcast that has averaged 22k video views and 121k impressions per video.

During the Wizards’ Japanese Heritage Night, the full potential of the Wizards’ Japanese social efforts were in full display as content in both English and Japanese generated significant exposure and engagement for partner NEC. Throughout the night 32 NEC branded social media posts were distributed across the Wizards’ social media platforms, resulting in 3.05M total impressions, 390.8k total video views, and 240.5k total engagements. With the Japanese-language Twitter channel accounting for 67% of all impressions, 76% of all video views on its own. 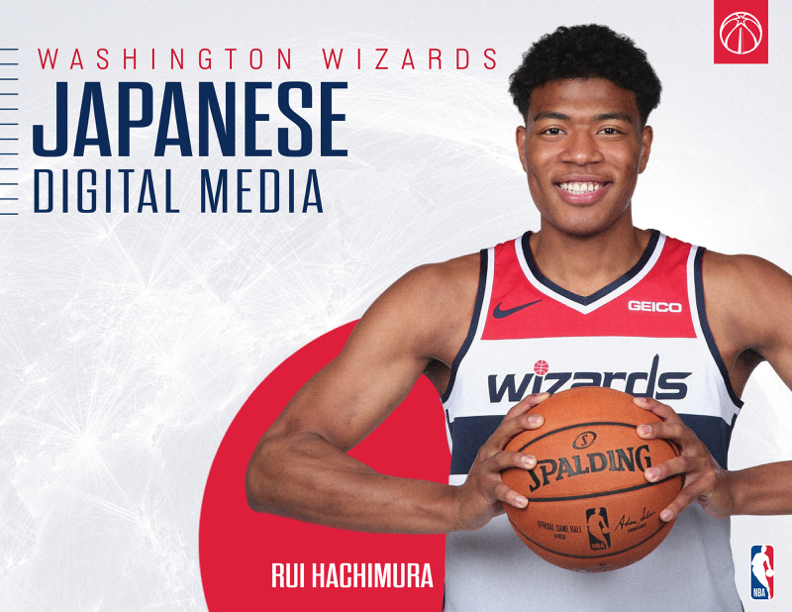