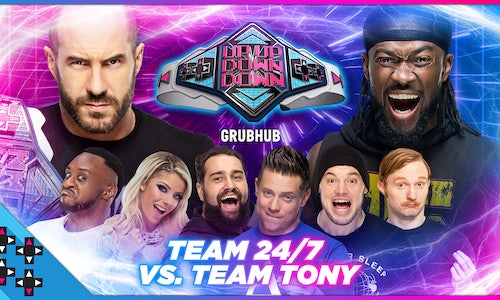 In an ode to WWE's tentpole November pay-per-view event, Survivor Series, two teams of 4 battled to determine which was the better video game squad. When the triumphant team had been decided, the 4 team members then turned into competitors, with the 4 of them squaring off against each other to crown a new champion.

Throughout the 90-minute live stream, WWE further cemented our unique position at the intersection of entertainment, pop culture and our WWE Superstars' organic love of gaming culture, all while seamlessly promoting GrubHub's sponsorship messaging to UpUpDownDown viewers.

WWE partnered with GrubHub who sponsored the live stream. GrubHub’s brand messaging was organically integrated into the UpUpDownDown gaming content. This was accomplished by UpUpDownDown host/WWE Superstar Xavier Woods, who verbally communicated the talking points on-camera, while other talent such as WWE Superstar The Miz also joined in to push promo codes and brand messaging. Most notably, in the middle of the live stream, WWE staged a GrubHub delivery with a Superstar in disguise as a GrubHub delivery man, which later factored into the narrative of the live stream and ultimately affected the outcome.

The 90-minute live stream was promoted across UpUpDownDown, WWE and individual talent social media accounts in the week leading up to the stream. UpUpDownDown also posted promotional and informational videos on our YouTube Channel to engage the audience and drive tune-in during the days prior to the stream.

The 90-minute UpUpDownDown Title Live Stream was a big hit across all platforms, peaking at just over 15,000 concurrent viewers on UpUpDownDown and WWE social media properties.

Viewers were locked in, watching an average of 17:03 per viewer (or 18.6%). The total VOD count is currently sitting at 658,000 views across WWE's YouTube and UUDD's YouTube Channels.

Additionally, the sponsor GrubHub was able to gain exposure to a potential new audience during the live stream by leveraging WWE's and WWE Superstars' social reach, as well as receiving continued exposure on VOD content. 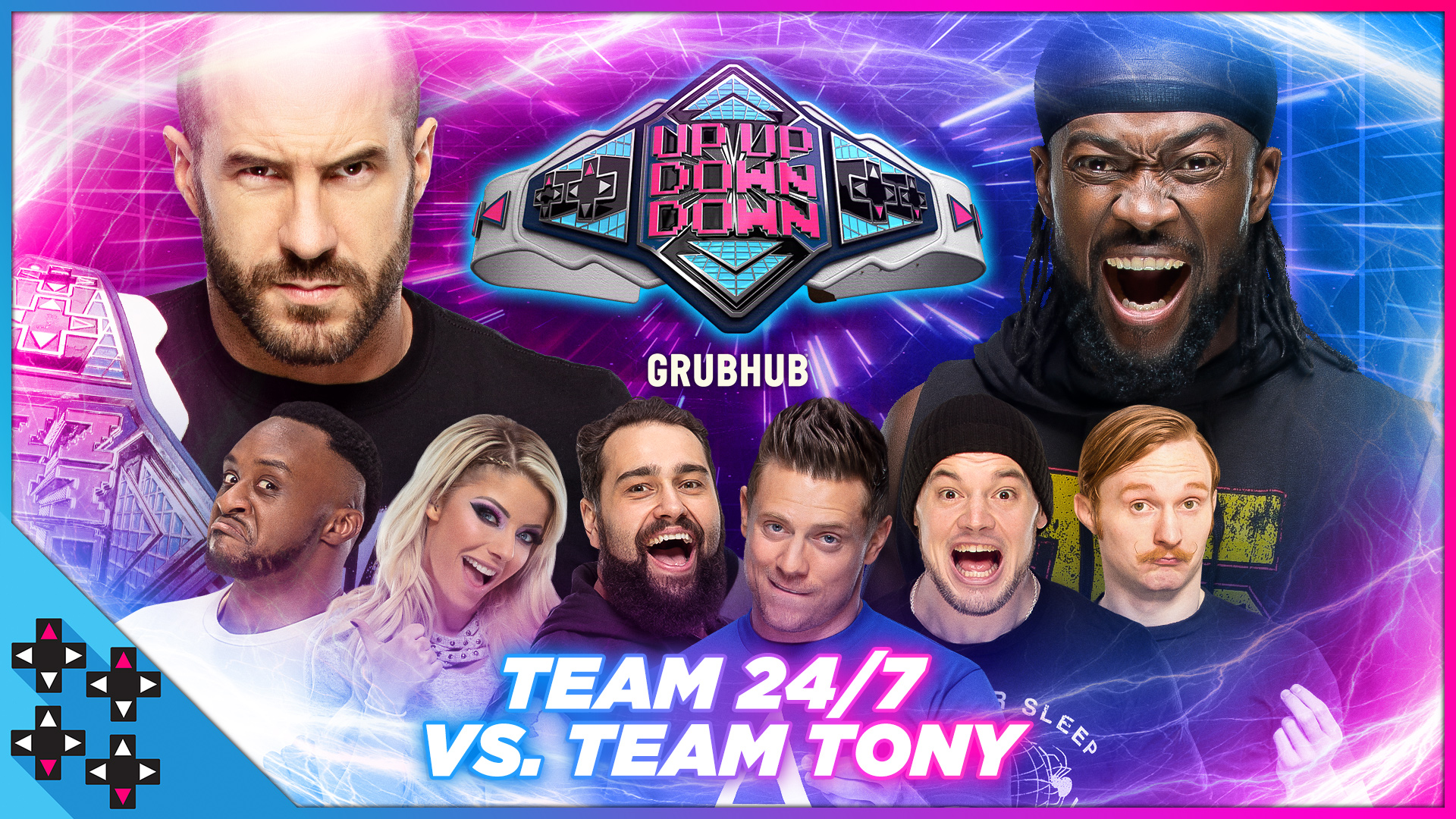