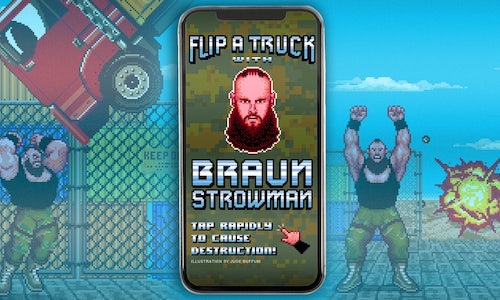 A limo, an ambulance, heck, even a TV production truck: You name it, and WWE Superstar Braun Strowman has probably flipped it over with his brute strength.

Latching onto Strowman’s immense popularity among the WWE Universe, WWE’s social content team identified a ridiculously creative concept that would allow fans to step inside the boots of the so-called “Monster Among Men” and wreak some havoc of their own. Enter the Instagram Story titled “Flip a Truck with Braun Strowman,” an interactive experience where WWE viewers pretend to be the larger-than-life combatant and literally catapult a truck into outer space.

With this original Story, WWE’s goal was to reach new heights of ingenuity and engagement on the Instagram platform, while further growing Strowman’s brand as one of the most well-liked and fastest-rising WWE Superstars.

Upon beginning the Instagram Story, users are presented with a call-to-action that reads: “Tap rapidly to cause destruction!” What follows in the next 40-plus slides is absolute mayhem in which WWE fans can make Strowman flip a truck so hard that it flies up into space before crashing to the ground in a fiery explosion.

For this unique project, WWE teamed up with talented illustrator Jude Buffum, who has perfected the art of pixelated characters over the years, in order to create a style that was playfully reminiscent of the early "Street Fighter" or “Final Fight” video games. Buffum developed more than 100 frames altogether, which were then scaled down to 45 to maximize fan engagement and maintain attention span. Using the “tap to advance” mechanism of Instagram’s Story functionality, viewers advanced rapidly through the series of animated slides to command Strowman’s rampage.

The end result was an addictively interactive and skillfully executed Instagram Story that ranked as one of WWE’s biggest successes ever on the social platform. In total, the Story collected a whopping 37,589,129 views, good enough for the No. 2 spot on WWE’s all-time list of most-viewed Instagram Stories.

-- “Flip a Truck with Braun Strowman” averaged 835,314 views per slide, well above the typical average benchmark for WWE Instagram Stories.

Video for Flip a Truck with Braun Strowman (WWE) 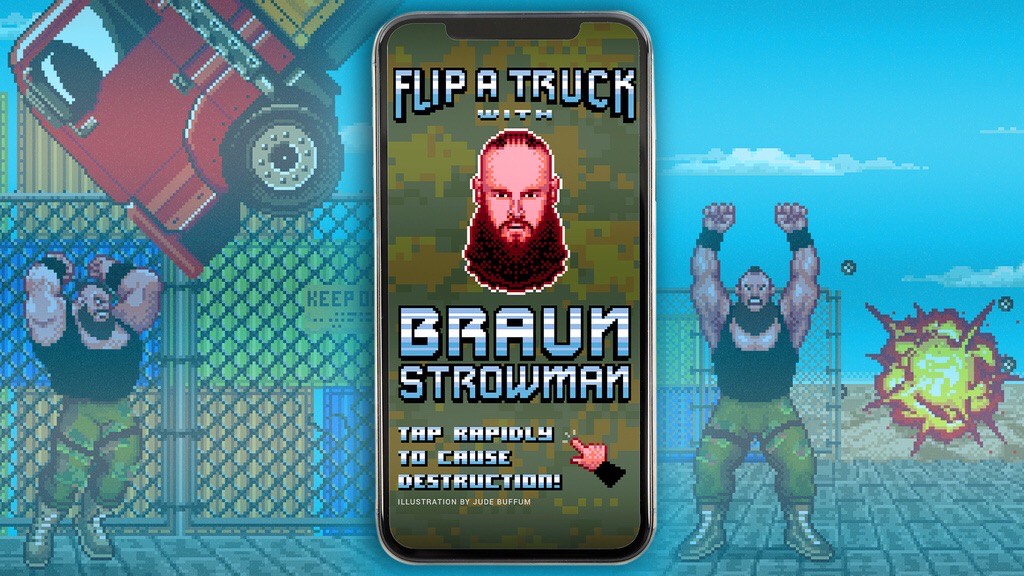