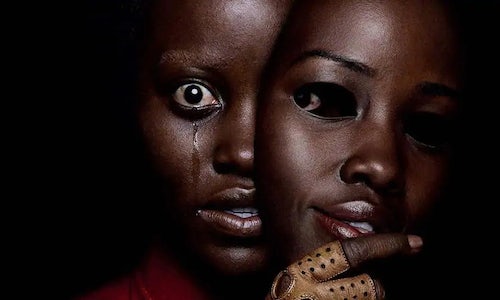 Us by Jordan Peele

Universal Pictures sought to drive box office sales for Jordan Peele's groundbreaking film 'Us' by elevating the movie beyond horror audiences and successfully positioning the release a true must-see event for movie fans.

Combining hard working media tactics and high impact executions, our multiplatform social campaign for 'Us' was designed to create - and align with - major marketing moments for the movie.

Knowing how rabid Jordan’s fan base can be for content, we made tickets available as soon as the trailer dropped and leveraged Facebook’s ticketing unit to drive sales throughout the flight. For Jordan Peele super fans we took it a step further, working with the Reddit to create a specific MonkeyPaw Productions subreddit where fans could discuss theories and share their excitement about the upcoming film.

Heading into the film's release in March, our media plan was designed to align with high impact moments. The film opened at the SXSW Film Festival in Austin with an exclusive Live Q&A with the cast and Jordan at Twitter's SXSW 'Twitter House'. Additionally, we created an Instagrammable Fan Art Museum and surrounded the festival with co-branded SXSW & Us Filters.

To keep the momentum going we leveraged Twitter’s Periscope product to boost a Q&A and screening done with the #Blackbirds at Howard College.

During the week of release the film was organically trending on Twitter and after a major opening weekend, we continued to push forward with a Promoted Trend keeping Us top of mind well beyond opening weekend.

The Box Office numbers for 'Us' speak to the success of our campaign in meeting our goals. 'Us' dominated its opening weeekend with $71MM - double projected sales. Our campaign helped to produce the highest grossing opening weekend for an original horror film, the second highest opening for a live-action original film since Avatar, and positioned 'Us' to record its world wild total gross of $255M.

Video for Us by Jordan Peele