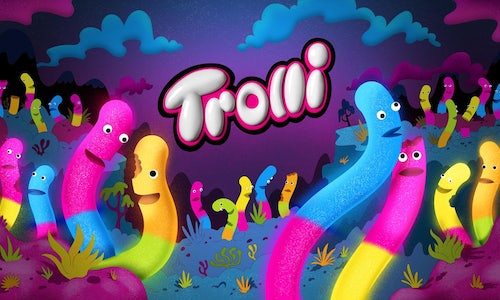 More than 30 years ago, Trolli invented the gummy worm. And we’ve been making deliciously weird gummies ever since. But while Trolli has always been weird, being weird has become table stakes for the candy category. The candy category is not just weird - the marketing all looks the same, too. So, for a brand struggling with awareness, Trolli had to find a way to stand out and be remembered. Because while Sour Patch Kids are Sour Patch Kids and Skittles are Skittles and Starburst are Starburst - Trolli isn’t Trolli. Trolli is WORMS! So we had to make sure people were connecting our brand name and our product thus increasing brand awareness.

We set out to pinpoint exactly what it is that makes Trolli uniquely weird. We started with the fact that there’s a touch of darkness in the brand. From black packaging to being named after trolls to selling - well, WORMS! Leveraging this unique darkness, we reintroduced Trolli to the world by disguising it as a brand run by the worms in the bag and made for teens that both stoked and grew Trolli’s awareness and cult following -  and lead to work that felt more like our audience’s new favorite cartoon than a candy ad.

What makes Trolli, Trolli is our naively dark point of view. In other words, our neon light in the darkness. Trolli worms want to be eaten, so they have a strangely rosy view of death.  They’re gleefully happy when their friends die, and can’t wait to die themselves because Trolli never really got the memo on what a dark place the world is. And that’s fair—when you’re made of neon and sugar, it’s probably tough to see anything but glowing light and sweetness. These worms live in a world of their own, where everything is bright and cheerful and always worth singing about. And although we may not all be able to live in that same happy, sugar-coated world, we can visit it…for about as long as it takes to chew up a worm and swallow it.

To celebrate our Neon Light in the Darkness, we launched a new campaign, “It’s Trolli!” In order to achieve our goals, we made our worms the hero in all of our work and even had them shouting “Trolli!” over and over and over...and over again to ensure we were consistently connecting our product and our brand in everything we did. We worked with a variety of both well-known and up and coming artists and animators to bring our naively dark worms to life across channels.

Per a third-party brand research study, our “It’s Trolli” campaign is already driving an increase in brand awareness and sales.

On Instagram specifically, our engagement rates consistently exceed category benchmarks for organic and paid. In less than a year, we’ve shined our Neon Light in the Darkness across channels and have quickly helped Trolli get back to their rightful place at the top of people’s minds (and mouths).

Our 2019 organic Instagram engagement rate was nearly double the food and beverage Instagram industry benchmark of 1.69%. We’re breaking the algorithm by creating a community that actively engages post after post. Our content reached nearly 25% of our following organically consistently, with the top reaching content hitting more than 50% of our following. In addition, we saw a high rate of saves and shares. 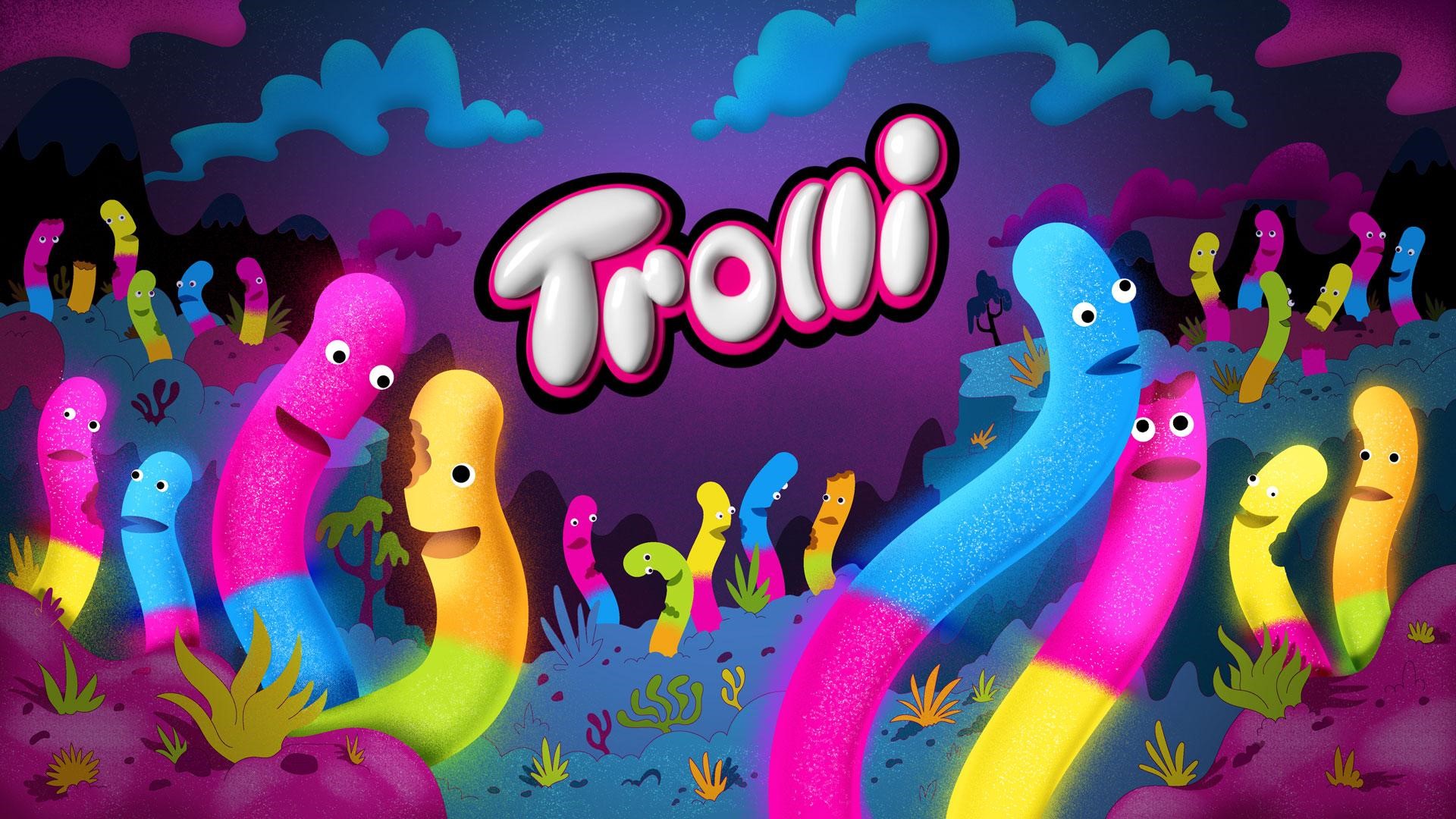